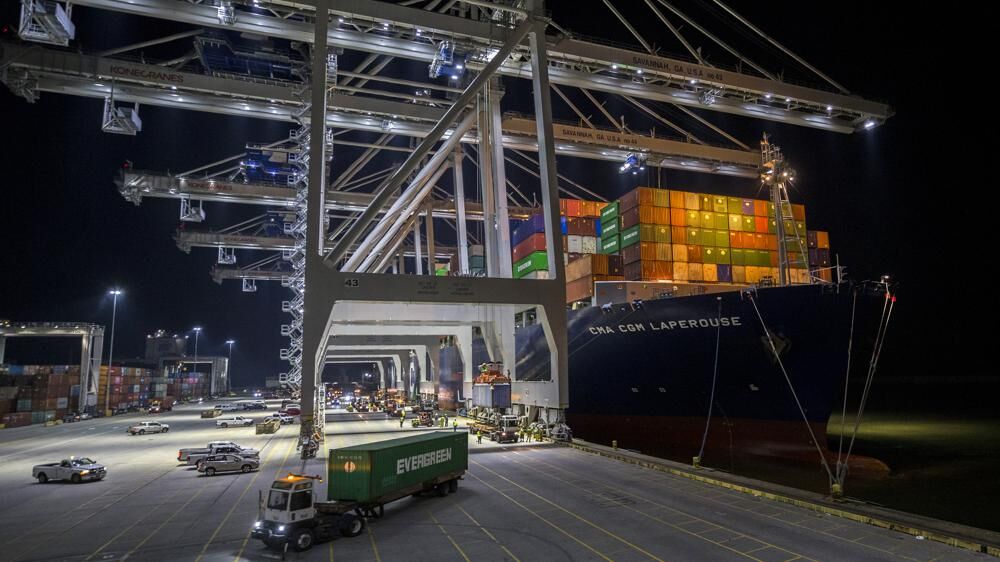 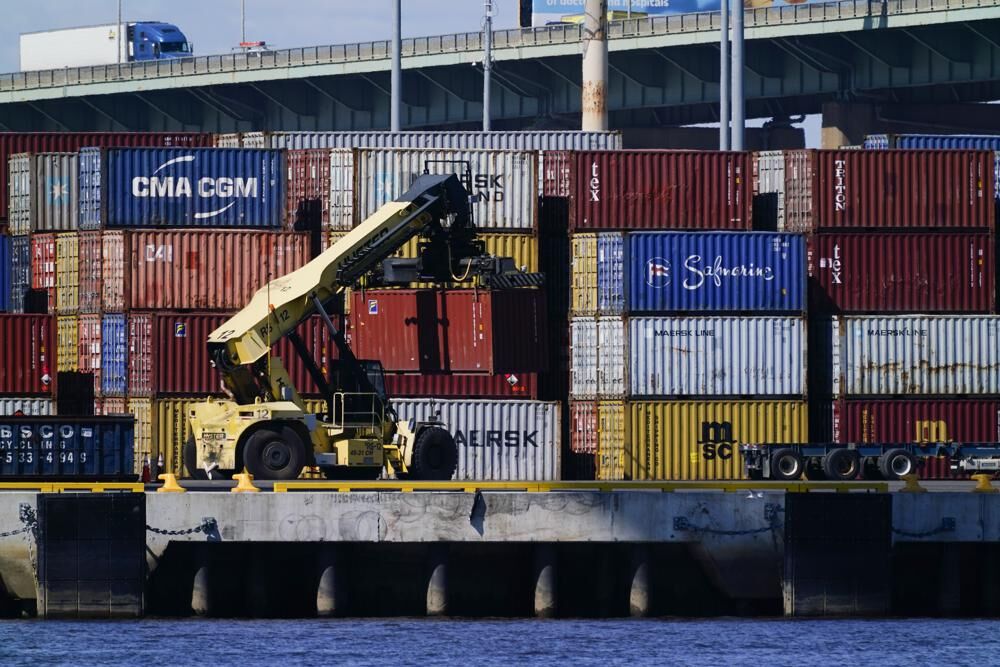 A shipping container is moved along the Delaware River in Philadelphia Sept. 29, 2021. With three months until Christmas, toy companies are racing to get their products onto store shelves as they face a severe supply-network crunch. 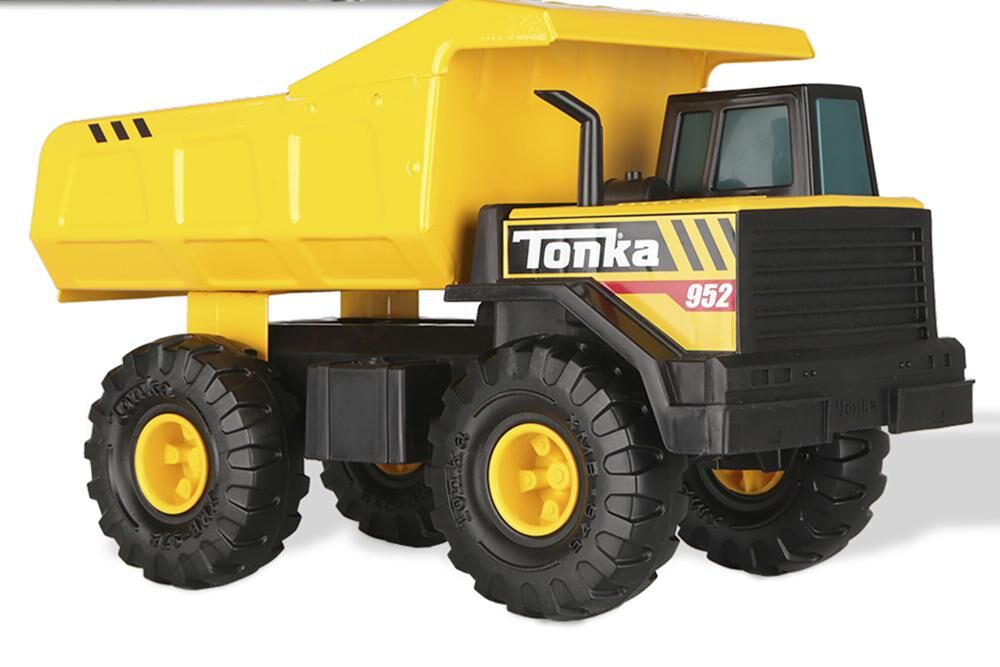 Due to rising shipping costs, the Basic Fun toy company has made an unprecedented decision to leave one-third of its iconic Tonka Mighty Dump Trucks destined for U.S. store shelves in China.

Running out of time to get its products on store shelves ahead of the holidays, the Basic Fun toy company made an unprecedented decision: It’s leaving one-third of its iconic Tonka Mighty Dump Trucks destined for the U.S. in China.

Why? Given surging prices for shipping containers and clogs in the supply network, transportation costs to get the bulky yellow toy to U.S. soil is now 40% of the retail price, which is roughly $26. That’s dramatically up from 7% a year ago. And it doesn’t even include the cost of getting the product from U.S. ports to retailers.

“We’ve never left product behind in this way,” said Jay Foreman, CEO of Basic Fun. “We really had no choice.”

Toy companies are racing to get their products to retailers as they grapple with a severe supply-network crunch that could mean sparse shelves for the holidays. They’re trying to find containers to ship their goods while searching for alternative ports. Some are flying in some of the toys instead of shipping by boat to ensure delivery before Dec. 25. And in cases like Basic Fun, they are leaving toys behind in China and waiting for costs to come down.

Like all manufacturers, toy companies have been facing supply chain woes since the pandemic started and temporarily closed factories in China in early 2020. Then, U.S. stores temporarily cut back or halted production amid lockdowns. The situation has only worsened since the spring, with companies having a hard time meeting surging demand for all sorts of goods from shoppers reentering the world.

Manufacturers are wrestling with bottlenecks at factories and key ports like Long Beach, Calif. – and all points in between. Furthermore, labor shortages in the U.S. have made it difficult to get product unloaded from ships and onto trucks.

John Gessert is CEO and president of American Plastic Toys, based in Walled Lake, Mich., with another plant in Mississippi. He says the company is missing 35% to 40% of its frontline workers. Now, it’s shifting away its focus on play kitchens that require six workers toward less labor-intensive toys like basketball sets, which require just three workers to put together.

“I have never had such a complicated puzzle to fix,” he said.

But for toymakers that heavily rely on holiday sales, there’s a lot at stake for the nearly $33 billion U.S. industry. The fourth quarter accounts for 70% of its annual sales. On average, holiday sales account for 20% of the overall retail industry. And 85% of the toys are made in China, estimates Steve Pasierb, CEO of The Toy Association.

The snarls are so severe that some retailers are telling companies they don’t want products if they’re shipped after mid-October. That’s because products that typically took four to six weeks from when they left a factory in China to landing at a U.S. distribution center now take 12 to 16 weeks, says Marc Rosenberg, a toy consultant.

The struggles are happening as the U.S. toy industry enjoyed a nearly 17% increase in sales last year and a 40% increase in the first half of this year as parents looked to entertain their kids at home, according to NPD Group, a market research firm.

But while analysts expect strong growth in 2021, many toy companies said they’ll see their sales reduced because they won’t be able to fulfill orders on hot items, particularly surprise hits. They are also incurring big costs that will force some toy companies to shutter.

Toy executives say they can’t raise prices any more than 10% – even though it won’t completely cover the higher costs – because they’re worried about shopper reaction. Mattel Inc., the nation’s largest toy company, warned this summer it’s raising prices in time for the holiday season to offset higher shipping costs, though it didn’t say by how much.

Costs of containers on ships have increased more than sixfold from last year with some brand executives saying they’ve gone up to $20,000 from roughly $3,000 a year ago. That has forced big retailers like Walmart and Target among others to charter their own ships.

Some like MGA Entertainment, the maker of L.O.L dolls, are expediting the flying of its toys because it now costs roughly the same as shipping.

Jim Silver, editor-in-chief of TTPM, a toy review site, says big discounters like Target and Walmart should have a healthier supply of toys compared with smaller ones because of their clout. Target says it has been teaming up closely with its vendors and transportation partners to keep stores well-stocked and ready for its customers.