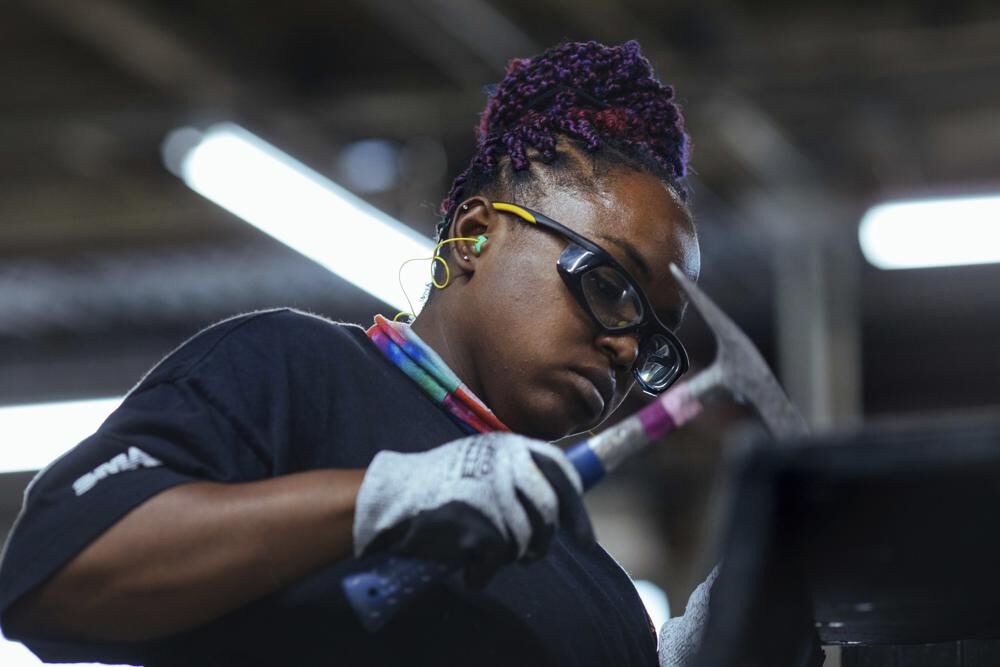 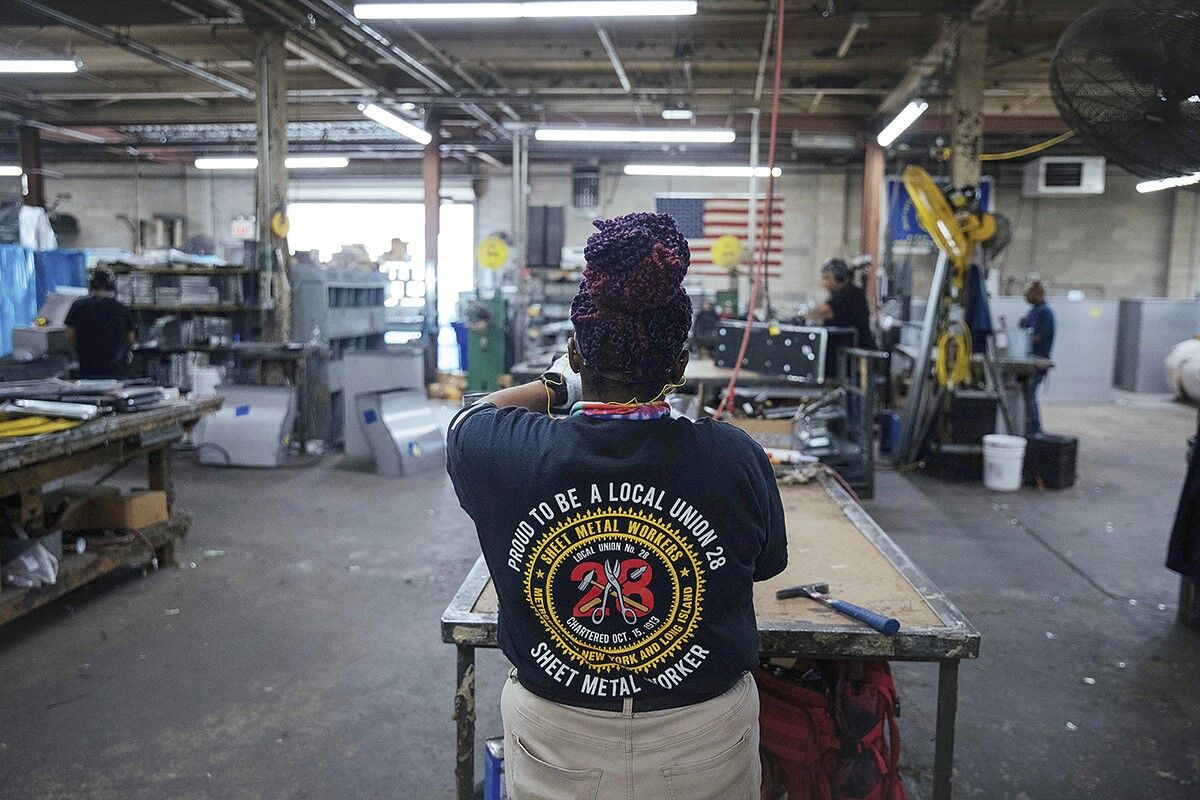 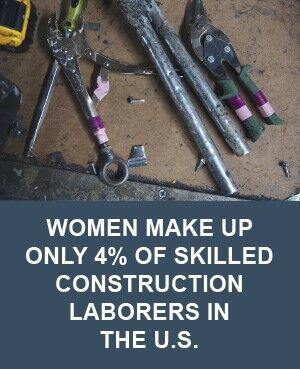 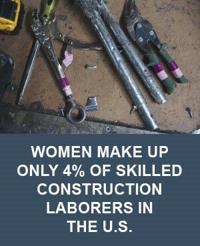 Bethany Mayer didn’t want to go back to work after learning that a fellow ironworker insinuated that women like her didn’t belong there.

Jordyn Bieker, an apprentice sheet metal worker in Denver, said she felt uncomfortable that her foreman asked her pointed questions about being gay.

Yunmy Carroll, a veteran steamfitter, said a worker at a training session declared that women in construction are “whores.”

The three women shared their stories over Zoom during a Lean In Circle for Tradeswomen, one of 76 launched nationwide and in Canada this year by the North America’s Building Trades Unions and Lean In, the women’s advocacy group started by Facebook Chief Operating Officer Sheryl Sandberg.

About 700 tradeswomen are participating the program, designed to help them navigate persistent bias and harassment on construction sites, from unwanted sexual advances to being assigned lesser duties like traffic control or fire watch.

It’s a culture that industry leaders are fighting to change in the hopes of recruiting more women into a sector with an aging workforce that faces chronic labor shortages.

As spending on infrastructure rises, construction firms will need to hire at least 430,000 new skilled laborers in 2021, according to an analysis of federal data by the Associated Builders and Contractors.

Right now, only 4% of construction laborers in the U.S. are women, according to the Bureau of Labor Statistics.

“We are really only employing from half the workforce,” said Brian Turmail, the Associated General Contractors of America’s vice president of public affairs, who also spearheads workforce development. “We are struggling with labor shortages with one hand tied behind our back.”

This comes at a time when the pandemic has exacted a disproportionate toll on jobs where women dominate, like restaurant servers and cashiers. Nearly 2.5 million women lost jobs and stopped looking for work during the pandemic.

Meanwhile, much of the construction industry was deemed essential, sparing it from mass layoffs. For advocates, it is evidence that more women should aspire to construction careers, which start with paid apprenticeships and can lead to unionized jobs with middle-class wages.

The median salary for plumbers and electricians, for instance, is about $56,000 a year, with the top 10% of earners making $98,000. But only about 2% of plumbers and 3% of the country’s electricians are women.

“We see this all the time. When jobs are higher paid, when jobs have more security, when jobs have higher benefits, they often go to men,” said Sandberg, who partnered with NABTU to bring her signature “Lean in Circles” program to tradeswomen after meeting Judaline Cassidy, a New York plumber and union leader who had formed a Lean In Circle on her own in 2017, and later discussing the idea with Liz Shuler, now president of the AFL-CIO.

Cassidy often recalls being told to go home and do the dishes when she first tried to join a union more than two decades ago. But her career has also been empowering, and her daughter, Carey Mercer, followed her into the trades.

“You’re always learning something every day. There’s always some kind of challenge that you might run into where you might need to do some math or think about it and take a second a look at it,” said Mercer, an apprentice sheet metal worker.

The good news is that gains already made by women appear to have held steady during the pandemic, in contrast to the Great Recession that hit the industry hard.

The number of women employed in construction had reached a high of nearly 950,000 in 2007 before plummeting to a Great Recession-low of 711,000 in 2011, according to the BLS. It took nearly a decade for their numbers to recover, eventually reaching new highs of about 970,000 at the onset of the pandemic.

But this time, the ranks of women dipped just briefly in the spring of 2020 before continuing their rise – surpassing more than 1 million for the first time in history in April. The share of women employed in the industry also rose, reaching 13.2% in 2020, compared to 12.5% in 2016.

Since those figures include office roles, it not clear how much of those gains were made by skilled laborers. But the number of women who graduated from NABTU’s pre-apprenticeship programs has also increased, reaching an all-time high of 23% of graduates this year, said NABTU Secretary-Treasurer Brent Booker.

Pre-apprenticeship programs targeting women and minorities have proliferated over the past decade, while several thousand women gather each year for NABTU’s 10-year-old conference for tradeswomen. In sign of their growing influence, the Iron Workers Union became the first construction union to adopt paid maternity leave in 2017.

The most uphill challenge is changing cultural attitudes in the field.

Kelly Kupcak, executive director of Oregon Tradeswomen, said she recently got a call from an apprentice plumber whose foreman, using racial slurs, said he didn’t care if she was Black or Hispanic because he just didn’t like that she was a woman. That was a year after Kupcak galvanized local unions and contractors to launch anti-discrimination efforts after another apprentice found a noose at a construction site.

Mayer had been excited about a new job where a raising gang would erect the columns on a new site. But then she learned about the co-worker who said women shouldn’t be ironworkers. And she was put on fire watch for weeks.

“I don’t even want to go in tomorrow,” Mayer told her Lean In Circle, a group of six women who meet over Zoom once a month.

The women, at the May meeting and in later group texts, encouraged her to be direct and remind her foreman of her skills as a welder. By the time they met in July, Mayer had pushed successfully for welding duties.

Patti Devlin, the circle leader, turned the July conversation to a perennial issue: constantly having to prove yourself in an industry where job sites change.

Veronica Leal, a Chicago painter who teaches an apprenticeship program, told the group she has faced that problem for 27 years. At first, she said it was amusing to watch skeptical clients eventually lavish praise on her work.

But four years ago, she was irate when a client at an upscale apartment building told her she couldn’t possibly handle a difficult paper hanging job because she was a woman, and closed the door in her face.

Leal’s supervisor told her to stay put while he called the client. Leal refused, telling her supervisor she would never work with that client.

“I just got so angry,” said Leal. “I’ve been doing this for 24 years and I’m done proving myself.”