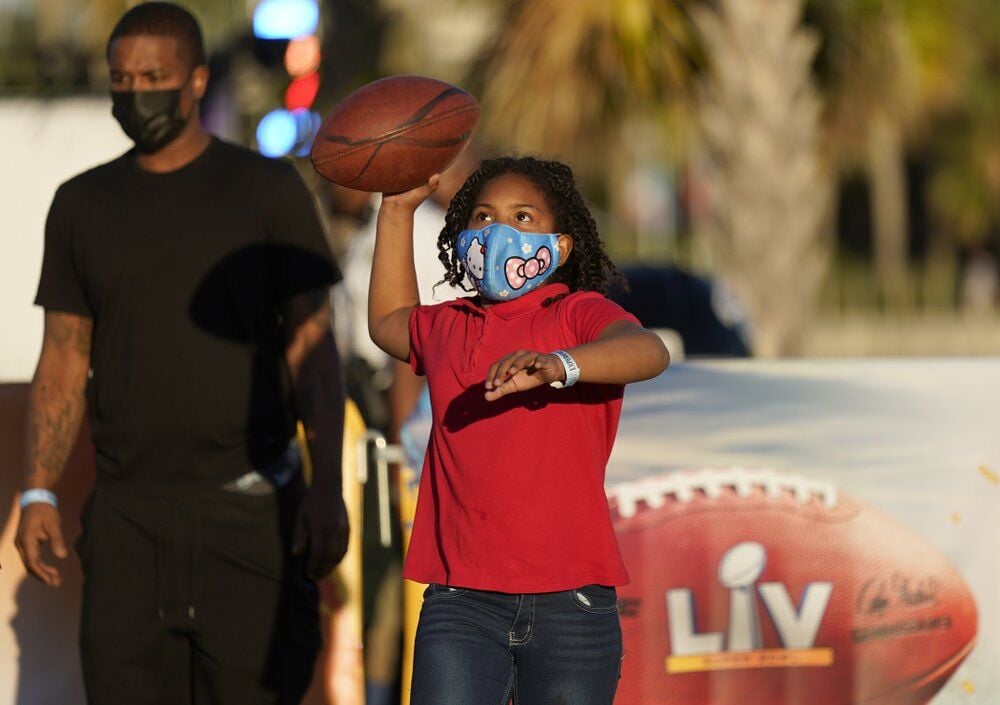 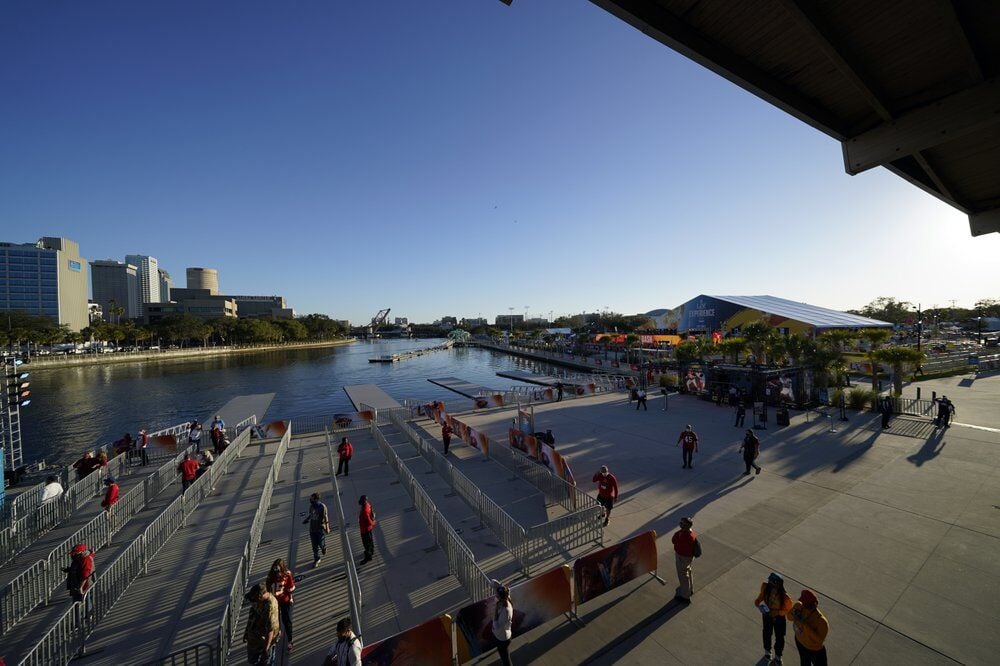 There have been four previous Super Bowls in Tampa, some amid war and economic distress, but none have faced the challenges this year’s event is encountering because of the coronavirus pandemic and its fallout.

Tickets for Sunday’s game are limited to about a third of the capacity of Raymond James Stadium. There will be no tailgating. And while the usual fan festival and other side attractions are happening, masks and social distancing are required. Most player appearances will be remote.

Last year’s pre-pandemic Super Bowl in Miami Gardens generated an estimated $572 million in new spending in the three main South Florida counties, according to that game’s host committee. This year, the Tampa Bay region probably won’t generate even half that, said Sean Snaith, director of the University of Central Florida’s Institute for Economic Forecasting.

The usual economic take for a Super Bowl is somewhere between $300 million and $500 million for the host regions, he said.

For example, large corporate and sponsor events will be limited if they are held at all, he said. Bars and restaurants are open but with some restrictions on seating and an emphasis on social distancing.

“A lot of things you associate with a Super Bowl aren’t going to happen,” Snaith said. “That’s going to have an impact economically. The circumstances put kind of a wet blanket on it.”

Tourist development tax collections in Hillsborough County, where Tampa is located, show the hit the area has taken during the pandemic. This is a tax on short-term rentals, such as hotels.

Before the pandemic, tax collections for sales in January to February were at an increase of about 30% in comparison to 2019 during the same time period, according to county data.

After the pandemic hit, tourist tax collections for sales in March to November decreased by almost 49% in comparison to 2019 during the same time period.

Hillsborough lost at least $11.1 million in tourist tax collections for sales from January to November, if not more, when compared to numbers from 2019 for the same time period.

Across the bay, Pinellas County experienced a similar tax downturn, losing at least $17.9 million in tourist tax collections for sales from January to November.

Yet leaders in the Tampa Bay area are putting a brave face on hosting the game, which was initially supposed to be held in the Los Angeles area until stadium construction there hit a snag that led the NFL to look elsewhere. LA is getting next year’s game.

The region is thrilled that the Tampa Bay Buccaneers, led by quarterback Tom Brady in his first year with the team, will face with defending Kansas City Chiefs and their young star quarterback Patrick Mahomes. People have already been lining up at sporting goods stores to buy team merchandise.

Beyond that, officials say it’s hard to put a price tag on the publicity the Super Bowl will generate for the entire region, its beaches and other attractions. Disney World and the other Orlando theme parks aren’t far away, either.

Rob Higgins, president and CEO of the Tampa Bay Super Bowl host committee, said the region is looking at the game as an unparalleled marketing opportunity.

Higgins said the event will mark the most hotel rooms occupied since the pandemic started in the region – some estimates say perhaps as many as 100,000 guest room nights – and that flights to Tampa are starting to fill up.

“We have an opportunity to tell our story,” he said, noting that the last Super Bowl in Tampa was in 2009, during the Great Recession. “This is really a platform to share how far we’ve come as a community.”

Still, it’s costly to put together a Super Bowl and its related events. Officials estimate local governments and entities such as the Visit Tampa Bay tourist promotion organization are spending at least $7.5 million, not counting in-kind services.

Hotel occupancy in the Tampa area was about 53% during the first three weeks of January this year, said Visit Tampa Bay CEO Santiago Corrada. Last year during the same time it was 74%.

“We have suffered over the last 11 to 12 months. We also have been very resilient,” Corrada said. “Every month has seen a slow and steady increase in occupancy.”

It’s been a strange sports year or so for Tampa Bay during the coronavirus pandemic. It was extremely successful by any measure for the region’s teams, except for not having home games during the title runs or fans in the seats.

First, the NHL’s Tampa Bay Lightning won the Stanley Cup, but the championship was played in Edmonton, Canada. Tampa didn’t get to host any of those games. Same with baseball’s Tampa Bay Rays, who lost the World Series to the Los Angeles Dodgers – in Arlington, Texas.

To top that off, the NBA’s Toronto Raptors are playing their home games initially at Tampa’s Amalie Arena because of coronavirus restrictions in Canada. Again, no fans allowed inside, at least for now.

Now it’s Brady and the Buccaneers’ turn in Tampa’s own Super Bowl that won’t be the same as the previous 54 title games. No team has ever before played a Super Bowl in its home stadium.

Put all of this down as economic opportunities lost.