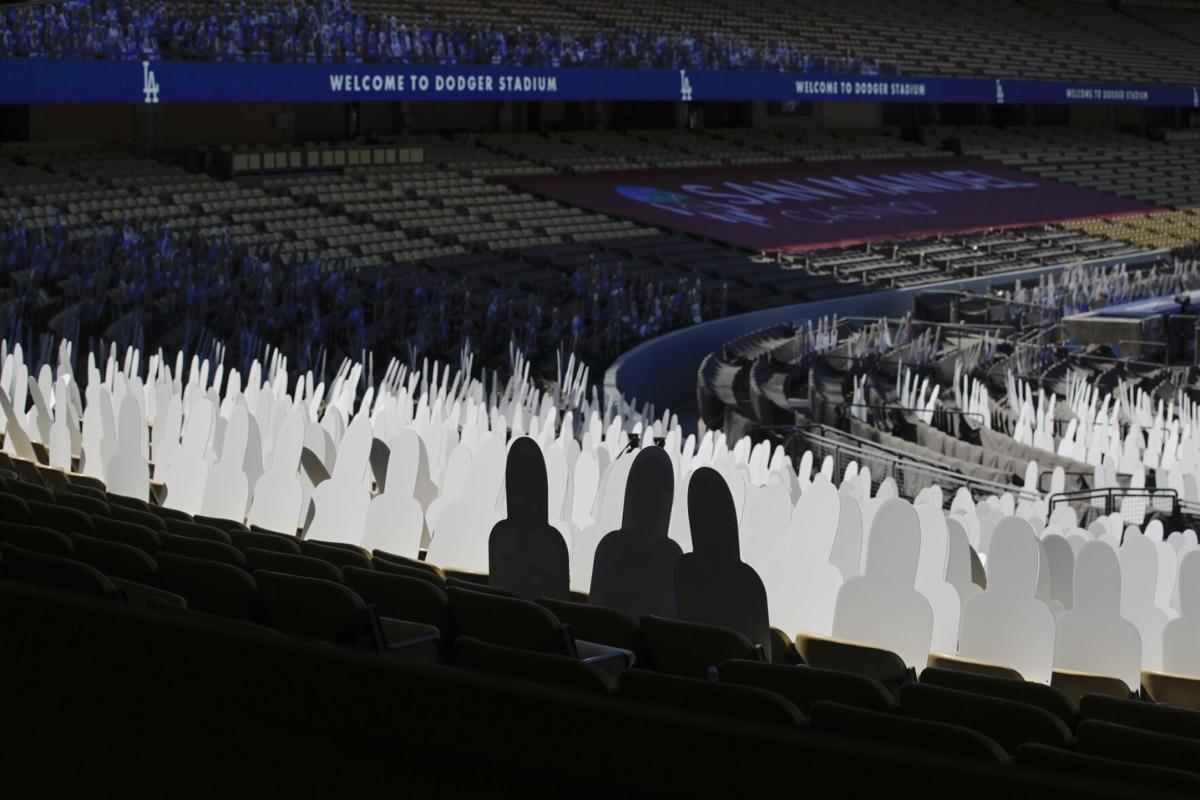 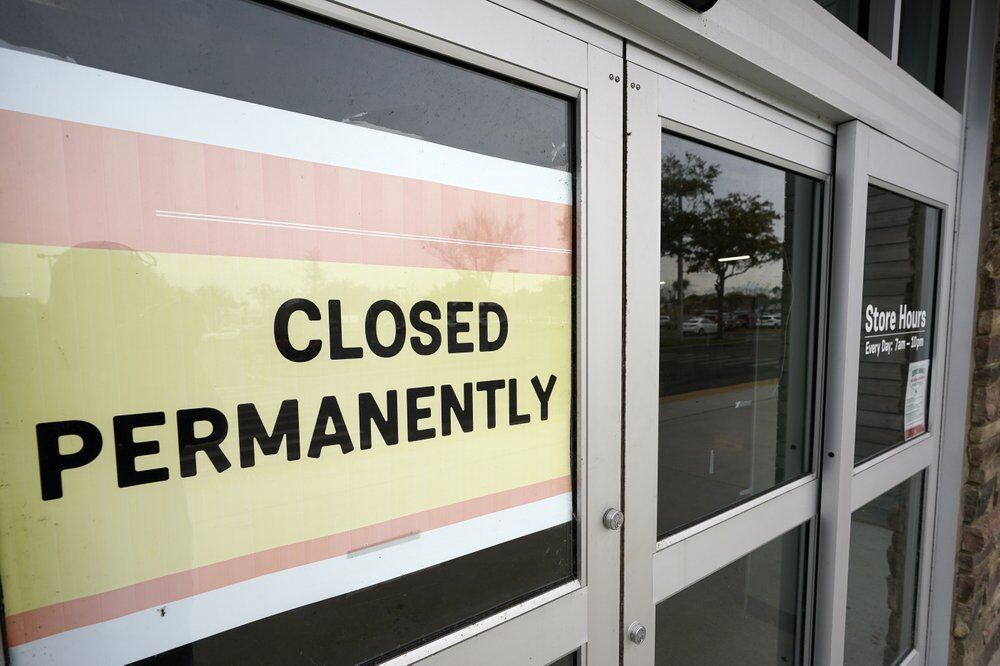 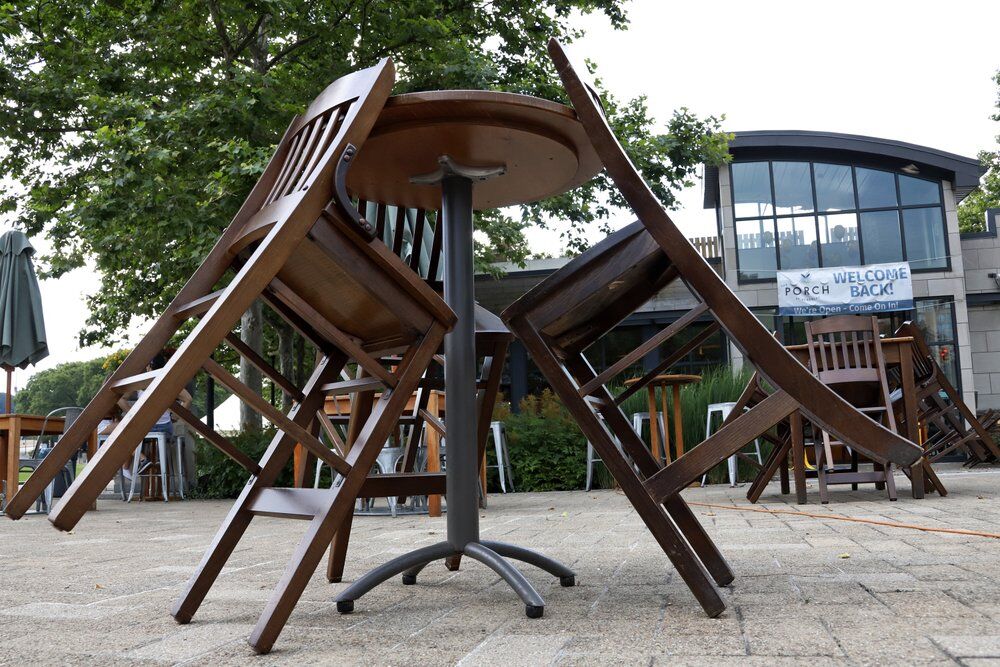 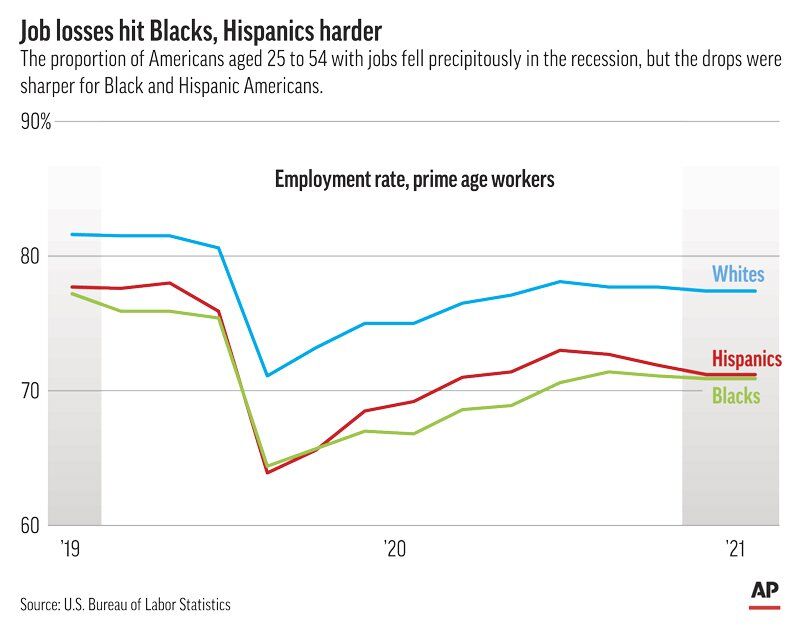 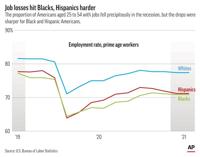 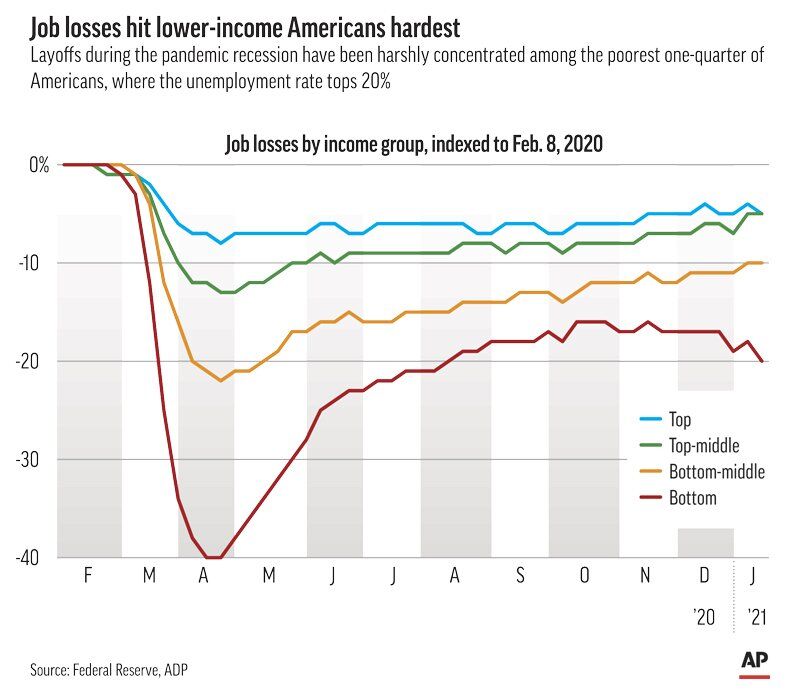 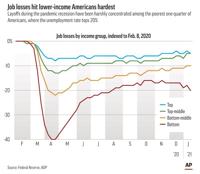 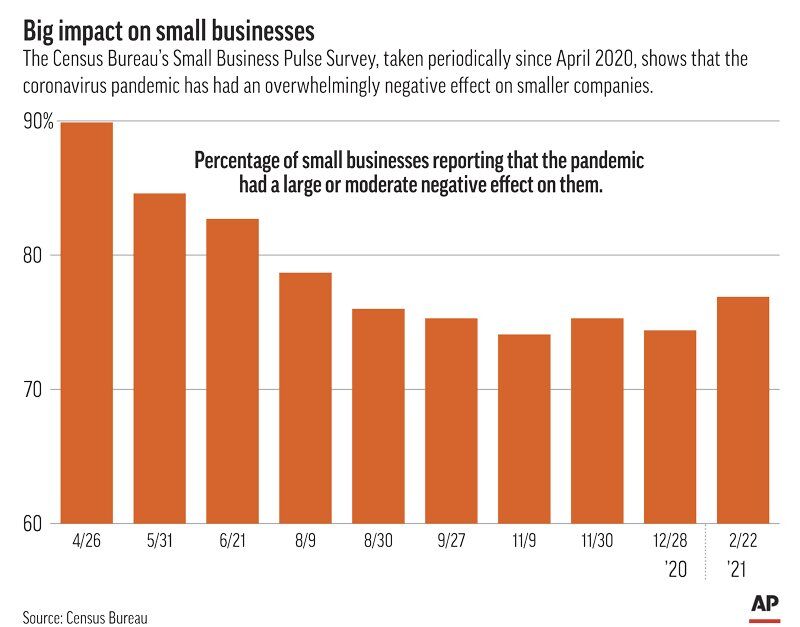 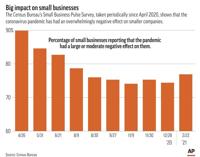 At first, it was expected to be brief. At least that was the hope.

Instead, a once-in-a-century pandemic has ground on for a year, throwing millions out of work and upending wide swaths of the American economy. Delivery services thrived while restaurants suffered. Home workspaces replaced downtown offices. Travel and entertainment spending dried up.

The job losses were swift and harsh. But they hardly fell equally across the economy. Black and Hispanic workers fared worse than others. And many women, mostly mothers, felt compelled to quit the workforce to care for children being schooled online from home. Despite the job cuts, Americans as a whole socked away a record level of savings, buoyed by government aid to the unemployed and income that higher-paid workers, hunkered down at home, managed to squirrel away.

After a year of ghostly airports, empty sports stadiums and constant Zoom meetings, growing signs suggest that the economy is strengthening. Hiring picked up in February. Business restrictions have eased as the pace of viral infections has ebbed. Yet the economy remains far from normal.

Here’s where things stand at the one-year mark:

After a flood of layoffs last spring when the economy shut down, more than half the job losses have been regained. Yet hiring since the summer has slowed. The economy still has 9.5 million fewer jobs than before the pandemic – more than were lost in the entire 2008-2009 Great Recession.

Nearly every industry has been hurt, but some far more than others. Restaurants, airlines and hotels have been devastated. The music industry, too, has taken a beating, with concert halls closed from New York to Nashville. The film industry has shed a huge proportion of jobs. Salons and dry cleaners have had to lay off many.

Job losses during the pandemic recession have fallen heavily on Black and Hispanic workers as well as on low-income Americans. The proportion of white Americans aged 25 through 54 with jobs declined to 77% in January from 81% in February 2020, before the pandemic erupted. (Economists often focus on the 25-to-54 group because it isn’t much affected by young people returning to school or older workers retiring.)

The differences reflect inequalities that predate the pandemic: Black and Hispanic workers are more likely to work at restaurants, hotels, bars, casinos and other industries that were hardest hit by the recession.

Job losses have also been far worse for the poorest one-quarter of workers, whose unemployment rate has topped 20%. For the wealthiest one-fifth, the jobless rate has barely risen and is at just 5%.

The “For Rent” signs on storefronts and offices around the world provided a sad illustration of COVID-19’s ruinous effect on small businesses. With government restrictions and fear of infection keeping consumers out of stores and restaurants, businesses that operate on narrow revenue streams struggled over the past year. Many vanished altogether, putting millions out of work.

It’s not known how many U.S. businesses have permanently closed, but estimates from economists and the online review site Yelp suggest hundreds of thousands. Many more may still fail. Womply, a provider of financial and other services to businesses, estimates that one-third to one-half of all bars remain closed in many states, along with at least a quarter of restaurants and a third of health and beauty businesses.

Most travel-related industries suffered a horrendous 2020. Planes and airports were left all but empty. On April 14, 2020, the Transportation Security Administration screened just 87,000 passengers at U.S. airports – down a stunning 96% from the same day in 2019. Even early this month, screened passengers were still down 43% from a year earlier.

It’s not clear when – or whether – travel will fully recover. Southwest Airlines CEO Gary Kelly said in December 2020 that business travel, a major source of airline revenue, was still down 90%. Far fewer people need hotel rooms, too. In late February, U.S. hotel occupancy was just 48%, down one-quarter from a year earlier, according to the market data company STR.

The world of entertainment dimmed

Movie theaters, concert halls and sports stadiums stood largely empty last spring and summer in an initial attempt to help quell the pandemic. The absence of paying attendees cost the jobs of ticket-takers, concession-stand workers and lighting and sound technicians.

Performers were hurt in other ways, too: For musicians who made money performing at weddings or other private events, those side gigs also dried up.

Even as movie theaters have slowly reopened, often at limited capacity, their revenue remains deeply depressed, with many Americans still reluctant to spend two hours indoors with strangers.

The pandemic emptied malls and restaurants and accelerated a trend toward online ordering and delivery. It’s far from clear that shoppers and diners will ever fully return to their old habits.

U.S. e-commerce sales have grown 22.5% faster than overall retail sales since the pandemic, according to Retail Metrics Inc. That’s up from 6% in the decade before the coronavirus.

Online services like curbside pickup, already embraced by discounters like Target and Walmart, were adopted by more stores, including Macy’s and Kohl’s. At the same time, U.S. demand for restaurant meal delivery jumped 137% last year, according to NPD Group. JustEatTakeaway.com, a leading platform in Europe, said its delivery orders more than doubled last year.

Experts say traffic to stores and restaurants won’t likely fully return, a trend that could have dire consequences for workers in those industries. Despite surging sales, for example, Best Buy last month laid off 5,000 full-time store workers as it focuses more on its online sales.

Government assistance only lifeline for many

With jobs decimated and many households’ incomes plunging, the federal government has stepped in with a flood of financial relief. That assistance has included over $1 trillion in direct checks and stepped-up unemployment aid, according to the Committee for a Responsible Federal Budget.

In a series of legislative packages that have doled out just over $4 trillion, the government has also provided forgivable loans to small businesses, rental assistance and support for health care providers. An additional $1.9 trillion is on the way with President Joe Biden’s economic rescue bill having just won congressional approval.

About $550 billion was spent in support of those out of work in 2020, more than triple the total spent in 2010, when the unemployment rate topped 9% for the entire year. (By contrast, unemployment has stayed below 7% for the past five months.)

Some economists fear that as the virus recedes and consumers ramp up spending, the gusher of cash will accelerate inflation, potentially forcing the Fed to raise interest rates and limit the economic recovery. But Fed Chair Jerome Powell has suggested that any significant rise in prices would likely prove temporary.

A new way of working

For years, experts predicted that faster broadband internet connections, video conferencing software and cloud computing would free many employees from the confines of an office and enable them to work from anywhere. It took a pandemic for that vision to become reality.

Before the pandemic, just 7% of Americans were doing their jobs from home, according a Labor Department survey. By last month, about 23% of employees were working remotely because of the pandemic, the government found. (That figure excluded people who had been telecommuting before.)

Remote work seems sure to become more common after the pandemic. Many companies, mostly tech firms like Salesforce and Spotify, have said they will continue to allow remote work. Others, such as Goldman Sachs, expect a full return to the office.

A report by PwC found that while most employers have found remote work to be productive, nearly 9 in 10 expect at least half their workers to be back in the office by October. That’s a faster return than employees expect.