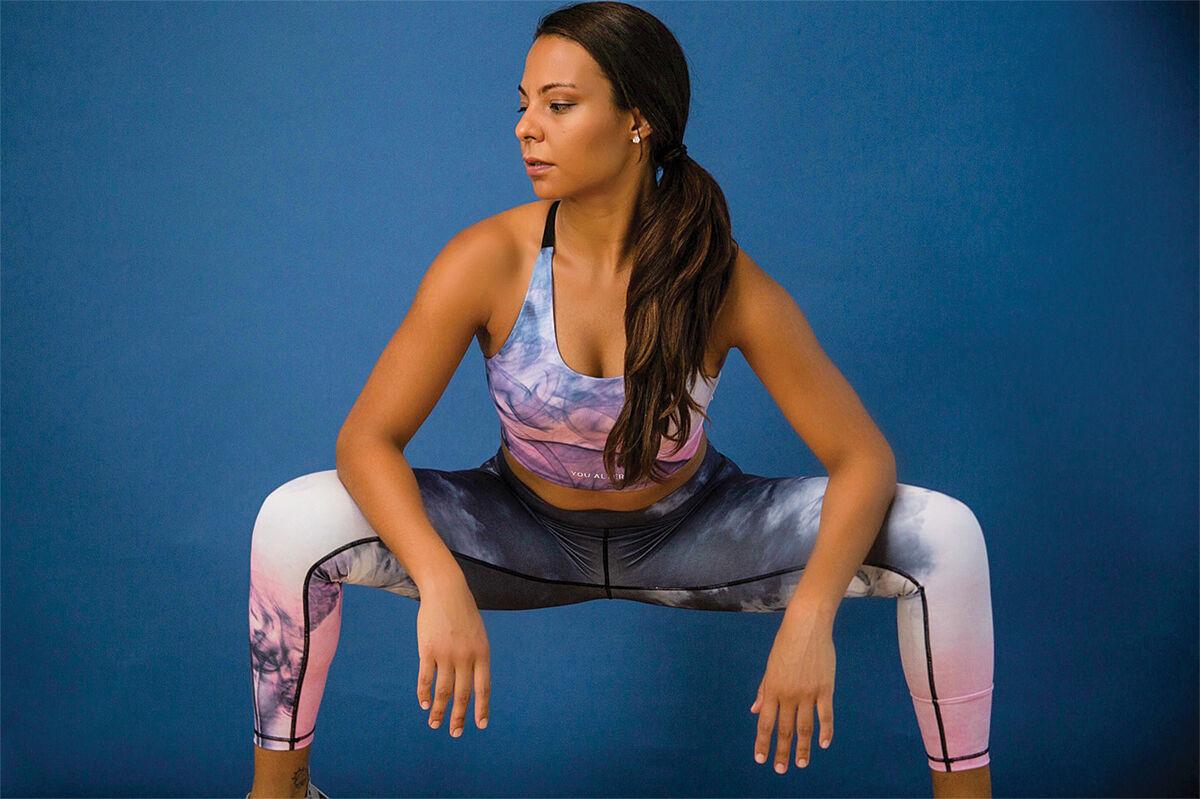 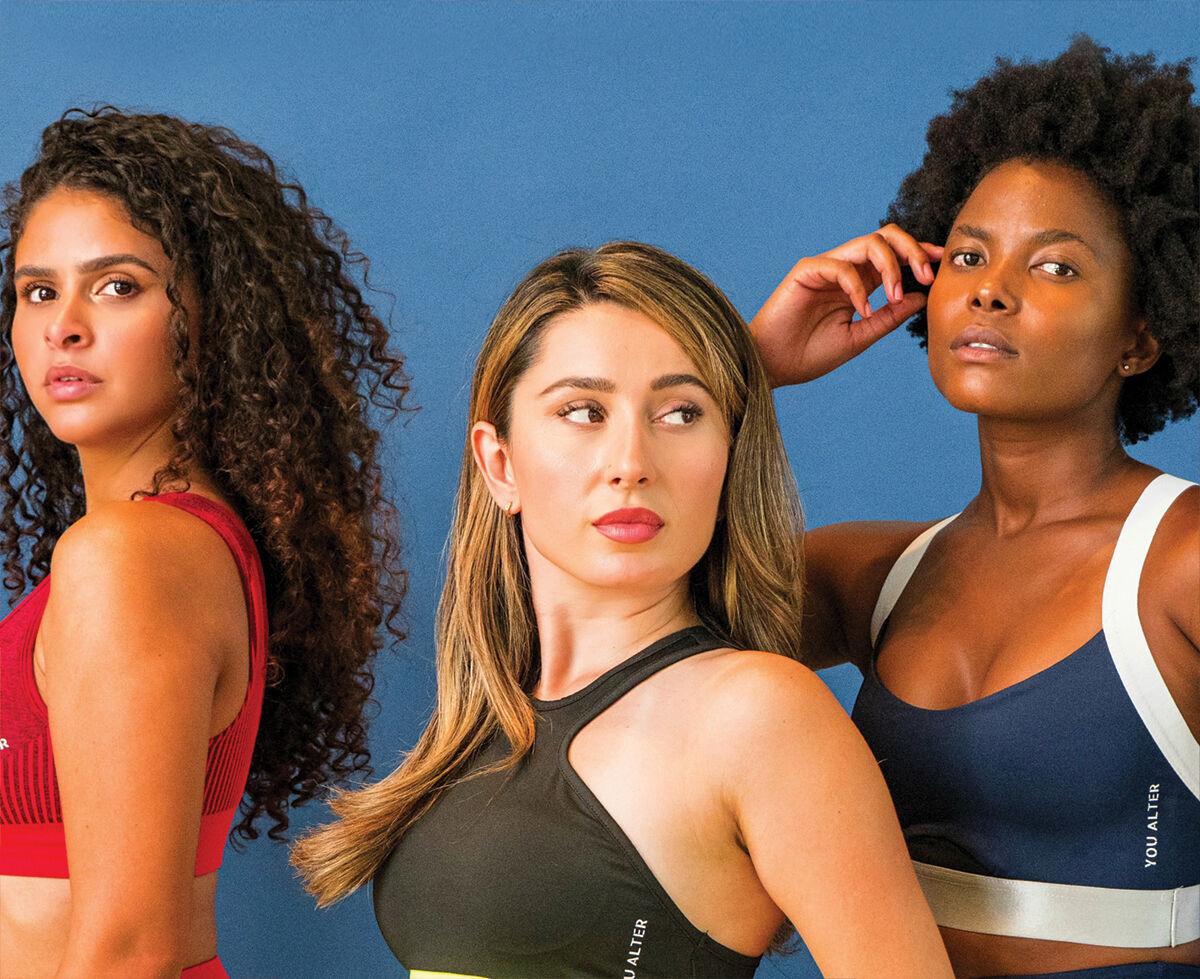 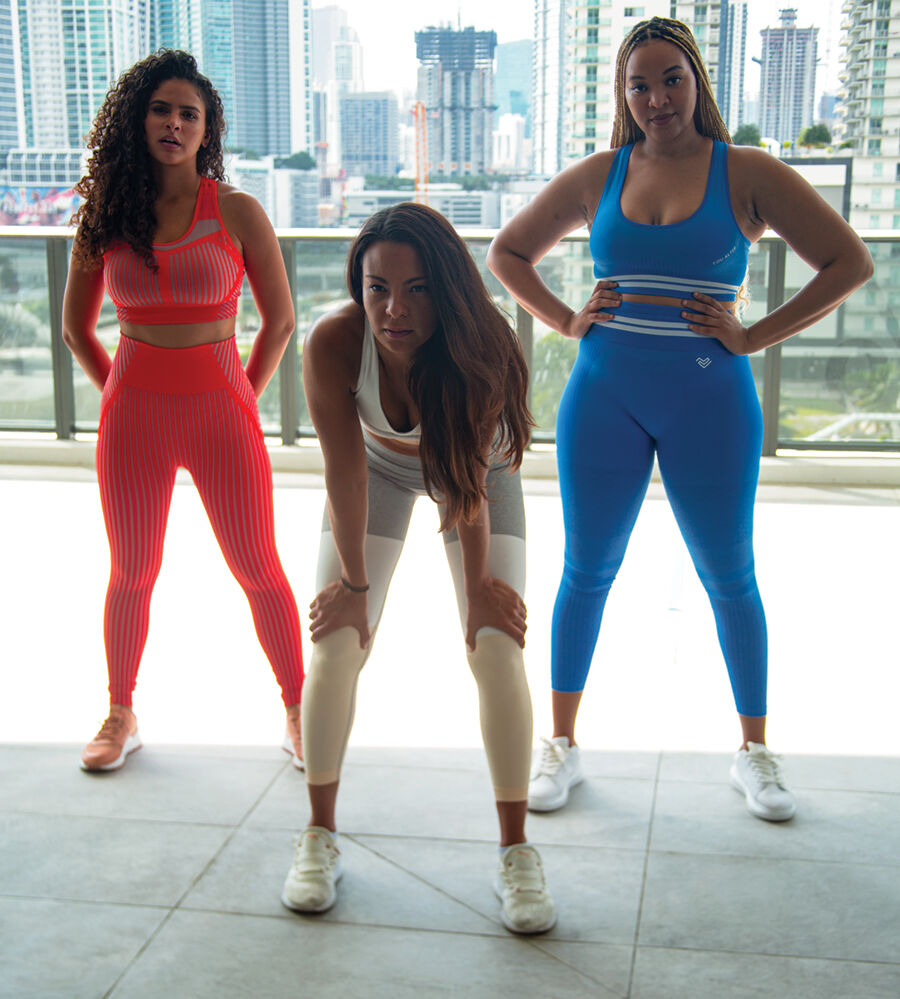 The U.S. athleisure market was valued at $155.2 billion in 2018 and is expected to reach $257.1 billion by 2026, according to Allied Market Research. COVID-19 is having a lot to do with that. With more people working from home and offices remaining shut down, the demand for casual clothing is up, while interest in formalwear and high fashion is plummeting.

That’s why the timing for 29-year-old Miami resident Athule Alexandre to launch her new athletic apparel couldn’t be better, even if people have had to change their workout routines during the pandemic.

Alexandre started planning You Alter in 2019 alongside her husband, Max-Laurent Alexandre. They released the line just last month.

“When I was presented with an opportunity to venture into a business that I am passionate about, I decided to put my heart into it. My husband, being such a supportive man, decided to join the business and we became partners.”

The brand’s name is a recognition that women’s bodies change all the time. She came up with it while on a journey to self-acceptance.

“I used to be so self-conscious about my body growing up,” said Alexandre. “Our body changes, and we can see it as a negative or a positive. I can gain 2 pounds, and I can lose 2 pounds. We alternate every second. Coming up with a name and that concept of positive change and embracing it has been quite exciting.”

Alexandre was very athletic as a young girl growing up in Mnqwane, South Africa.

“I played basketball, soccer and ran track,” she said. “I was always moving, and I would see how my body would change from just being active.”

While being very active, she also dabbled in entrepreneurship.

“When I was in high school, I juggled my weekdays with playing sports and running a small business where I sold crisps (chips) on weekends. Selling them during tournaments, game days and I also had a braiding business.”

Coming to America at the age of 26, she realized her opportunities were endless.

“Being in the USA has opened so many doors because in this country, anyone can be a millionaire if they put their mind to it,” said Alexandre.

In 2017, she moved to Miami, where she was exposed to different cultures and lifestyles. It was then that she began to ponder the idea of having a fashion line.

“Everyone wears leggings in the gym, public, at home,” she said. “I learned that activewear can be worn everywhere.”

However, instead of going to business school, she majored in film at Miami Dade College in 2018.

She graduated in 2020 with a bachelor’s degree in film production and won best actor at the Urban Film Festival for the starring role in the film "Collapsing into Zimbabwe" and she co-wrote, produced and directed called “The Tallow Series.

After that success, Alexandre shifted back to designing her activewear line by first conducting market research.

“What are the trends now with activewear? What’s a seamless design? What are people buying on Amazon? What are people searching for on Google?” said Alexandre. “Our goal was to tap into a market that already exists but to fill that gap that it was missing.”

She and her husband used tools like Google Analytics, with keywords of “activewear” to find out how many people a month were searching for that particular keyword, and watched web traffic.

“I picked products that had a similar style of what I liked and what I saw women wear at the gym,” said Alexandre. “I’m at the gym every day so that part was not hard.”

The Alexandres invested their own capital of $2,000 to launch You Alter, and by all accounts it may be a good gamble in the current marketplace. Gap stores saw a 28% decrease in sales last quarter, while its activewear stores, Athleta, saw a 6% rise in online orders. Athleta is forecast to double in revenue to $2 billion by 2024, while its parent company, Gap, just announced it will be closing 220 of its namesake stores and 130 of its Banana Republic stores in North America during that same time frame – that’s one-third of its retail base. Several other chains that sell formal clothing have filed for bankruptcy. According to the Wall Street Journal, national brands have tried to survive by scrambling to cancel workwear orders in exchange for casual dress that is more attractive to homebound consumers.

While COVID-19 was upending the fashion industry, the husband-and-wife team was planning to launch their line with pre-made bulk articles, but couldn’t find a manufacturer with designs they liked.

“You want to find someone reliable,” said Alexandre. “I wanted someone who could make the designs out of quality material and control the quantity.”

She found Asian manufacturer VC Fashion in February, but then the pandemic hit. According to Voguebusiness.com, because many retailers using Asian supply chains cancelled orders on an unprecedented scale, thousands of garment workers were furloughed, resulting in delays from overseas.

“The pandemic has slowed the shipping time, people want their leggings [quickly],” said Alexandre. “Considering the manufacturer is in Asia, instead of 25-35 days, it extended to 45-60 days.”

While patiently awaiting the shipments, Alexandre learned about how to market clothing.

“You need to know your audience,” she emphasized. “My target is women of all shapes and sizes. I want to diversify, [I want] inclusivity. I don’t have just one-size women, I want all women to feel empowered.”

While searching for women to model the brand, she emphasized that she used people who represent the brand in their daily lives.

“I had a couple of active friends, all different sizes and skin tones, who represented the brand of positive change,” said Alexandre. “They love their bodies, and I want to show people that they can love their body with all the inevitable changes [that come].”

When she started scheduling marketing photo shoots, she kept in mind social distancing.

“We saw the news of the rise in pandemic cases,” said Alexandre. “We sanitized the area and when the models had to change, I had them put the clothes they already wore aside.”

For now, she is selling within the United States. As business picks up, she will sell internationally. Meanwhile, she’ll use other methods to showcase her line.

“I plan on setting up boot camps sometime in November where women can just be active,” said Alexandre. “Not just revolving around purchasing the clothes, but just to get women to have fun while exercising.”

For those who feel intimidated by exercise, she has a heartfelt message.

“Being active doesn’t mean going to the gym and lifting 2,000-pound weights. Any form of movement, whether it is walking to the grocery store or even taking the stairs over the elevator, it will be celebrated.”

As her company continues to grow, she hopes to inspire many women to feel good about themselves.

“Just seeing women wearing these clothes is an exciting thing,” said Alexandre. “It’s not just building the brand, but it’s making women realize that changes to their body ... will happen. It’s inevitable. Once you embrace it, you become very powerful.”