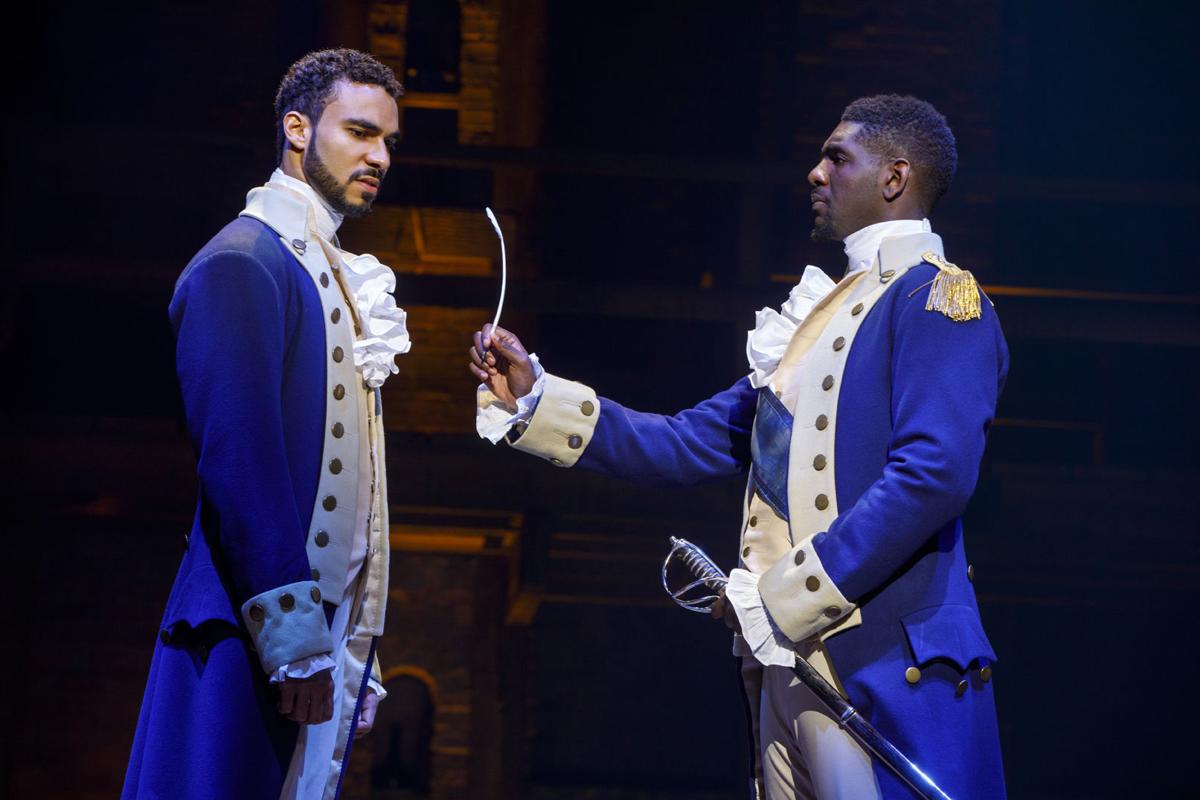 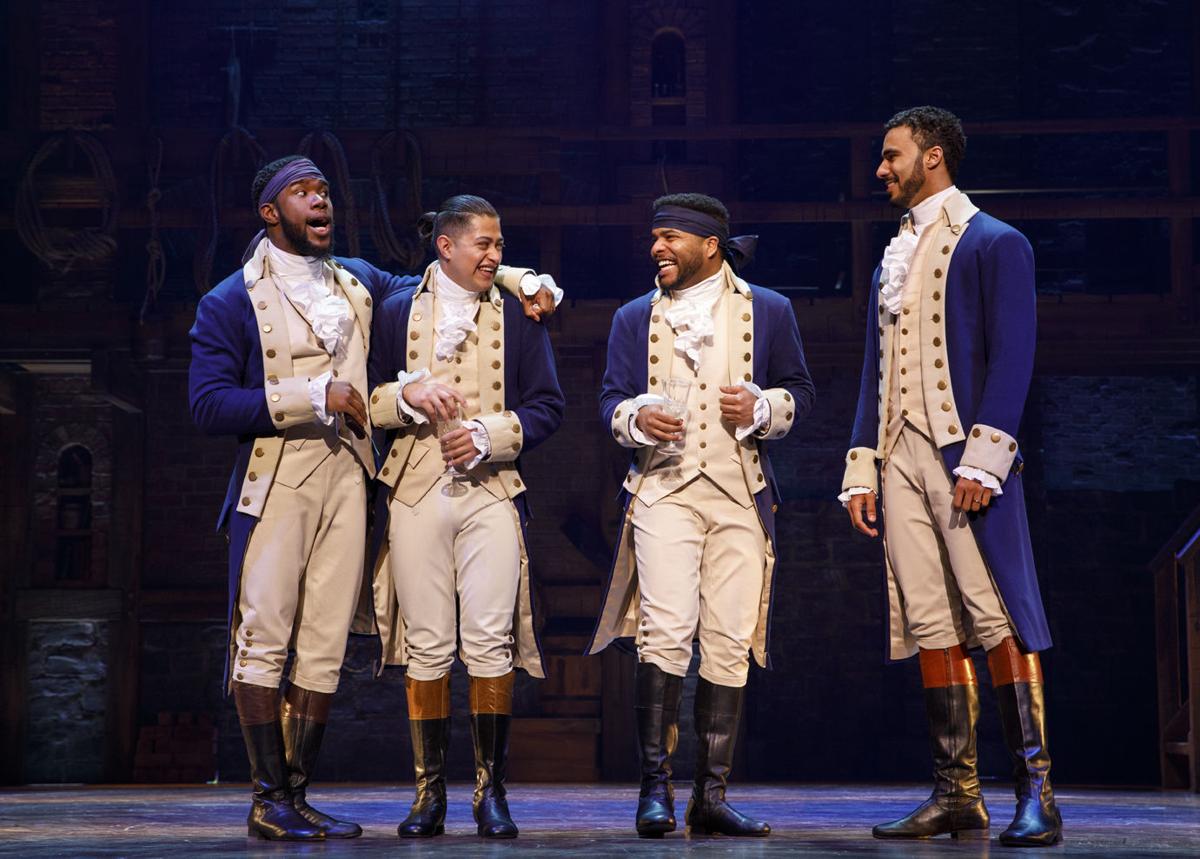 Getting a ticket to see “Hamilton” was a stroke of good luck even before the COVID-19 virus forced Broadway to go dark. The desperate music theatre fan nearly bartered their first born or came close to selling plasma, or skipping rent, for a single chance to acquire a pair of tickets to see “Hamilton” creator Lin-Manuel’s history chronicle set to hip song and dance.

A mezzanine seat was acceptable. Front row or orchestra? Forget about. The “die hard” enthusiast would settle for a standing-room only aisle slot after waiting in line in the rain at the Time Square ticket booth. “Hamilton” is hot for audiences young and old. The intended point has been driven home.

Now, a popular learning companion is available to the stage show through a digital, in-school program known as EduHam. It is being made available through August, free of charge, to teachers, parents and students from coast to coast who are held captive in virtual classrooms.

What they will be viewing is not the film version of the megahit Broadway musical on stage at the Richard Rogers Theatre in New York or on tour, that version is scheduled for release in October 2021. But now, a brand new audience has a ticket and can proclaim that “Hamilton” is in the house. Their house.

The launch of EduHam at Home was announced Tuesday, April 21 by “Hamilton” creator Lin-Manuel Miranda and his partners in the venture: producer Jeffrey Seller, the Rockefeller Foundation and the Gilder Lehrman Institute of American History, which developed the curriculum. The program uses a love of the musical to spark students’ interests in creative pursuits and tie them to historical research.

EduHam was born as an offshoot of “Hamilton” itself, and Miranda says the project — in which 250,000 students nationwide have participated — has proved to be a hit as much with cast members as younger people.

“It quickly became our favorite thing we do as a company,” Miranda said in a telephone interview. “I am so inspired seeing what these kids draw on and are able to create.”

The digital version, available for download at gilderlehrman.org/eduhamhome, has been in development for a while. The launch was moved up as Miranda and others recognized a need for kids to have educational projects at home during the coronavirus-induced shutdown of classrooms.

“As a parent, I’ve been so grateful for the curriculum that has popped up online,” the actor-composer said, adding that he’s been a de facto “kindergarten teacher” for his own children: Sebastian, 5 and Francisco, 2. Other Broadway hits are unveiling home online versions of their school-based curriculum now, too: Disney Theatrical Productions, for instance, has just released “The Lion King Experience” (LionKingExperience.com), which trains students in the process of staging their own versions of the musical.

In its original form, EduHam was designed for Title 1 schools — that is, schools in low-income areas receiving federal aid — to bolster the teaching of history.

“Hamilton” has, up to now, offered it in cities in which the musical is performing, whether on Broadway or in Chicago or on tour. It asks students to research figures and events from American history and, as in Miranda’s work, compose songs, poems, scenes or hip-hop numbers based on what they’ve learned. In the live version, students performed their work at the end of the unit; in the digital version, students will submit their work online. Cast members will choose the 10 best every week, to be featured on the website and shared through social media.

“This whole thing is in the DNA of ‘Hamilton,’ ” said James G. Basker, professor of literary history at Barnard College and president of the Gilder Lehrman Institute.

With the encouragement, too, of historian Ron Chernow, who wrote the biography of Alexander Hamilton that Miranda used as his source, Gilder Lehrman adapted the EduHam program for the online version. It was then tested with students in a pilot program involving 70 schools in 37 states.

The instructional aspect of the program, Basker said, is to familiarize students with using primary source material. On the website, he explained, users will find an instructional video by Miranda and 40 characters from the Revolutionary period: some of them figures in “Hamilton,” and others, such as Dolley Madison, wife of the nation’s fourth president, James Madison. Fourteen historical events — for example, the Boston Massacre — are detailed, and a trove of original documents from the period will be available.

It’s the students’ job to pick from among the references as an inspiration for their song, spoken-word piece, or rap number. Basker framed the experience in Miranda terms: “He was looking at the Founders, getting at their ideas, and putting them in the idiom of now.”

“I think it could be the best way to save some parents,” said Seller, “Hamilton’s” lead producer, who was also one of the producers of “Rent.” “This is a great opportunity for kids and their parents to work together and use ‘Hamilton’ in an educational manner in a way to be both entertaining and super-instructive.”

The program has the additional advantages of keeping “Hamilton” current, and forging a connection to the musical in parts of the country that it has not been able to reach in person. The show itself, which employs 450 people in its six companies, is temporarily sidelined, as are some of Miranda’s other projects.

He said he was two weeks into directing a Netflix film version of “Rent” creator Jonathan Larson’s musical “Tick . . . Tick . . . Boom!” when the virus forced production to shut down. As a result, Miranda’s directorial debut is on hiatus, too.

“It’s a time to cope, for the most part,” he said of the suspension of normal life. “That’s not, though, not to mourn the alternate timeline.”

In this timeline, the hope is that a groundbreaking musical can continue to play a leading role in sparking young imaginations.

‘Hamilton’ to hit Miami this winter

The play heard around the world is coming to South Florida.

Legal drama ‘All Rise’ adapts to pandemic for season finale

The legal drama “All Rise” has become the first U.S. scripted television series to adapt the the pandemic by producing an episode remotely, en…