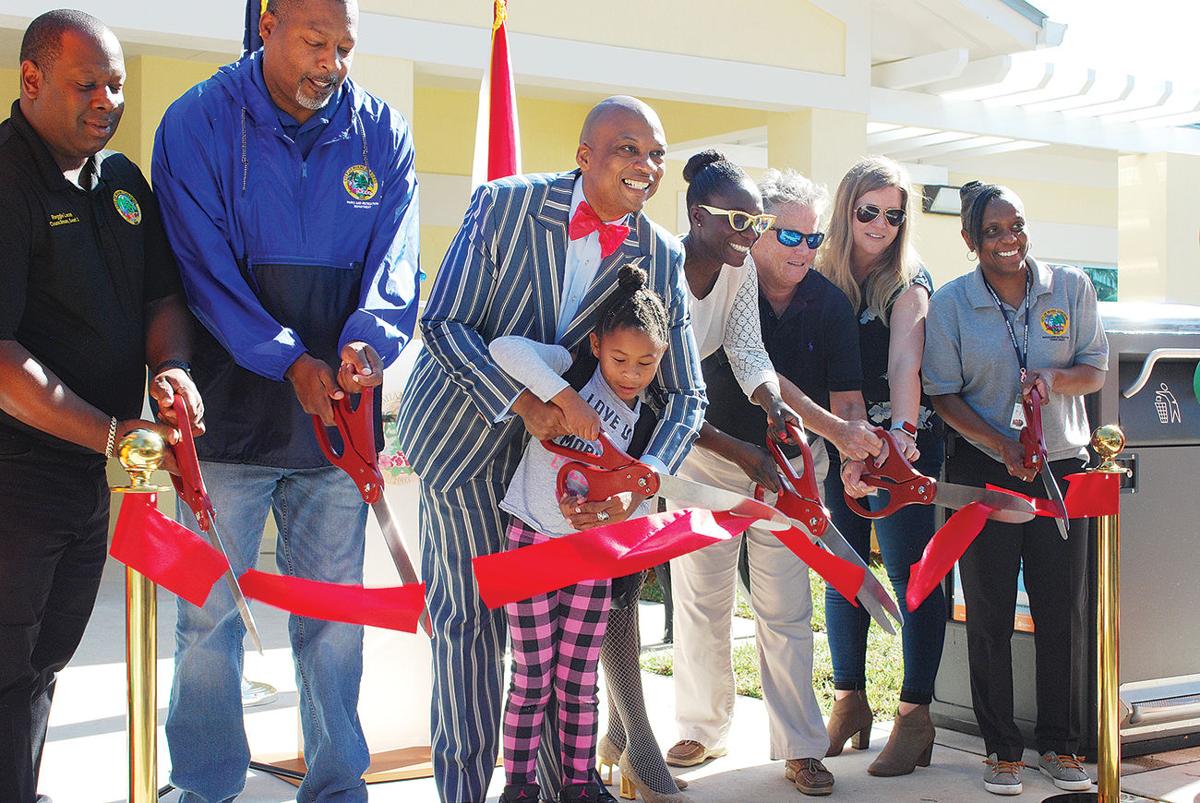 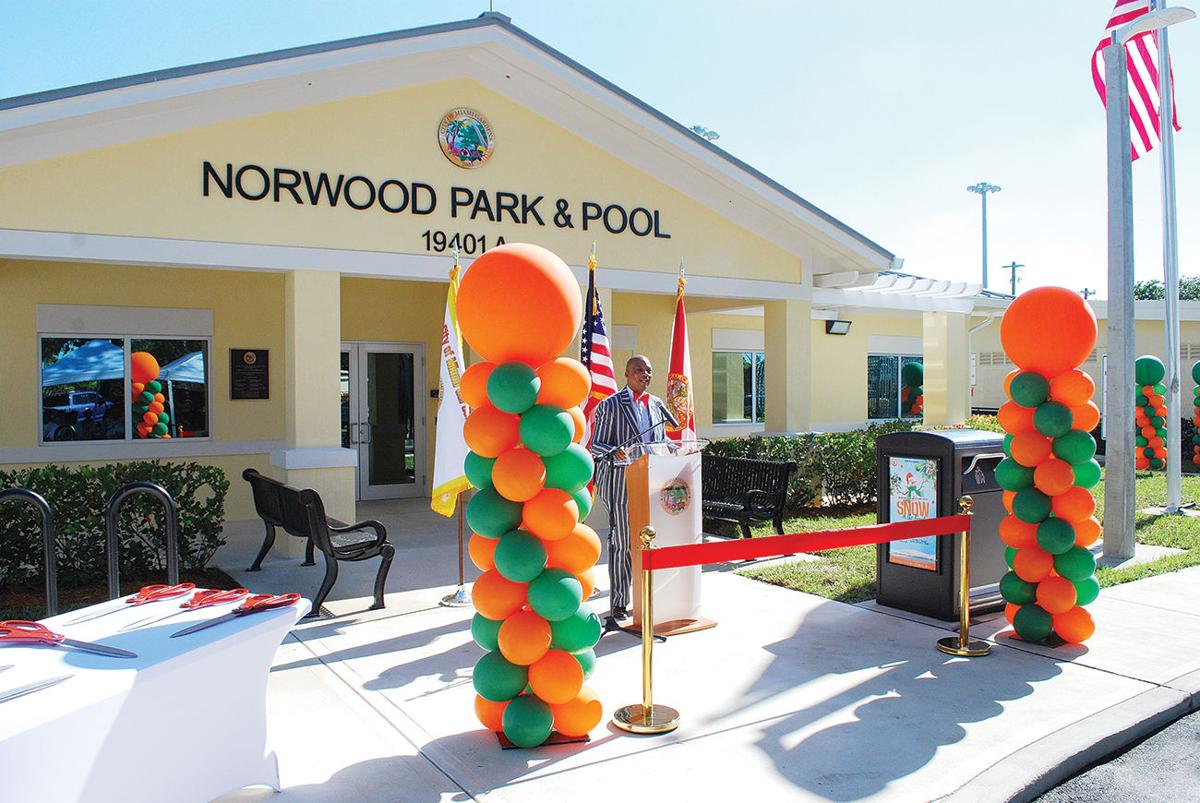 Miami Gardens residents are welcome back at Norwood Park.

City officials opened Norwood Park & Pool, after additions and renovations to its fencing, courts, pool and pool house. A ribbon-cutting ceremony put behind the city a two-year renovation project that cost more than $1 million.

Mayor Oliver G. Gilbert III spoke to the assembled residents before he cut the ribbon.

Councilman Reggie Leon grew up close to Norwood Park and frequented the park when he was younger.

“This park is near and dear to me,” Leon said. “As a child, this is where I went to summer camp every year. I’m glad to see it’s back here right where we grew up. Now, we’re raising our kids here; they can experience the same things we did.”

Leon said in earlier days there was a 50-cent fee to use the pool; in 2019 the fee is $2. Leon said he wasn’t sure if a tax increase would be necessary to get rid of the fee.

The old recreation building was demolished for a bigger facility with increased capacity. It grew from 1,500 square feet to 3,746 square feet.

The community room, complete with computers and a printer, in the recreation building can be partitioned to allow two separate groups to use the space.

Rita Pierre said she will use the community room to conduct Norwood Crime Prevention meetings as president of the organization.

She doesn’t see anything wrong with a $2 fee because of the cost to keep the pool clean.

Basel Cole, a member of the city’s Citizen Advisory Committee, said the $2 fee is a moderate price.

Harris said city officials are grateful they had the opportunity to bring such a facility to Miami Gardens residents. But some residents doubted whether it would ever happen, Harris said.

Norwood Park & Pool’s changes were paid for with the $60 million general obligation bond Miami Gardens residents voted for in 2014.

Harris said “people thought people were stealing the money” from the general obligation bond. “They just doubted that we could do something like this, that we could take funding like that and bring it into things that we’re bringing into fruition right now.”

The sand was removed from the playground and Jessica Daniels-Thomas is happy about that.

Daniels-Thomas grew up in Miami Gardens. She brought her nephew to the park where her sister was the park manager when it was a part of Dade County Parks before Miami Gardens incorporated.

“It’s good that they did it over because there is more for the community to do.”

The courts were resurfaced.

Garfield Scott has played tennis on the courts for 20 years and he thinks the renovations are great.

“The park is much improved,” Scott said. “The community needs more things like this so kids can have some place to go.”

Lavern Deer said in her days the fence was made of wood.

Deer is running for mayor of Miami Gardens on a platform of youth development, community development, crime reduction, social reform and elderly affairs. She said those are the “core of a community.”

Deer said the new recreation center is beautiful and hopes the community comes and participates.

“We used to play soccer here on Sundays,” Deer said about Miami Gardens circa ‘92-’93. “There are precious memories for me here.”