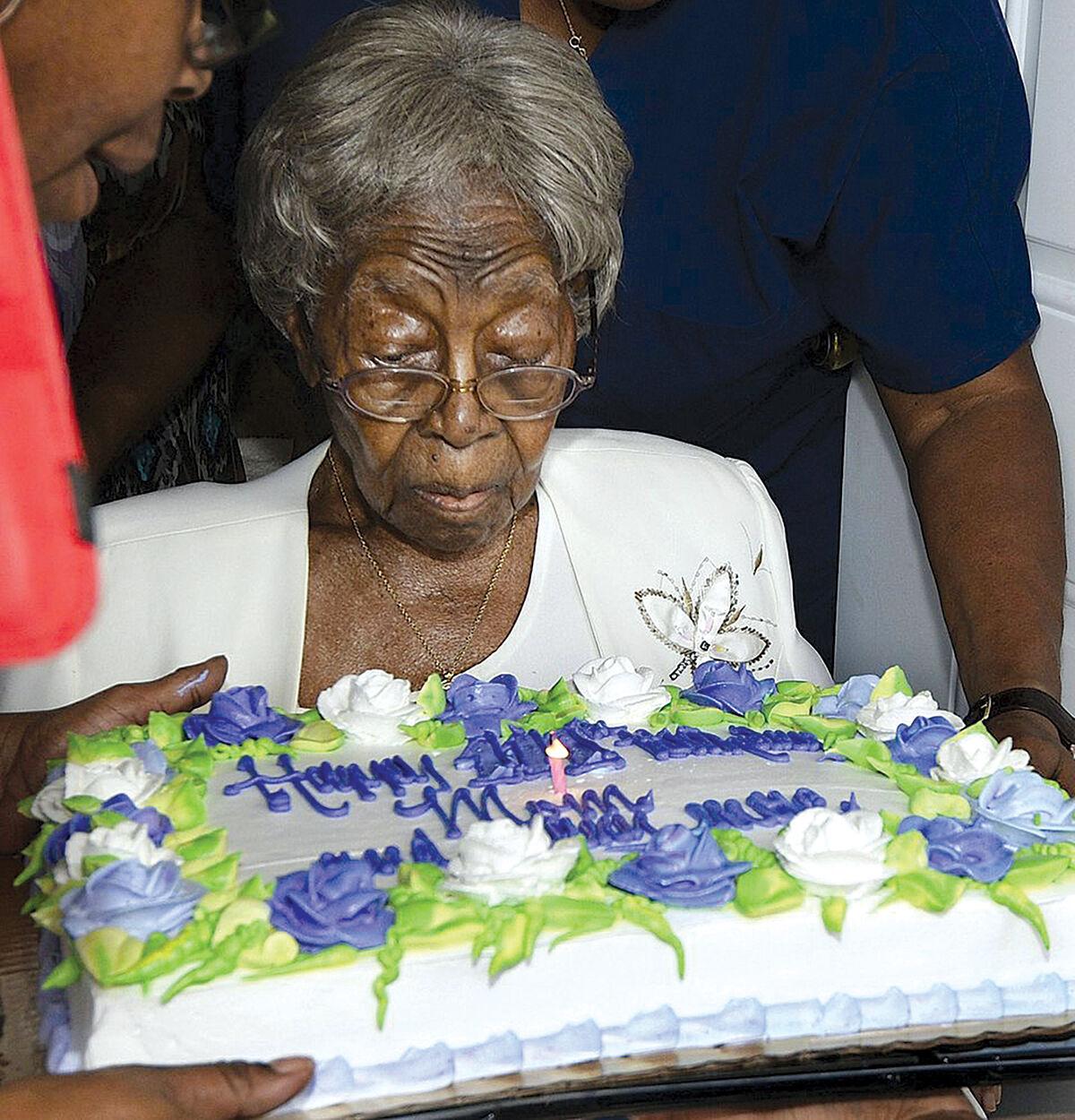 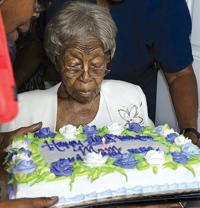 Family members holding a birthday cake as Hester “Granny” Ford blows out the candle at her 111th birthday party in 2016. 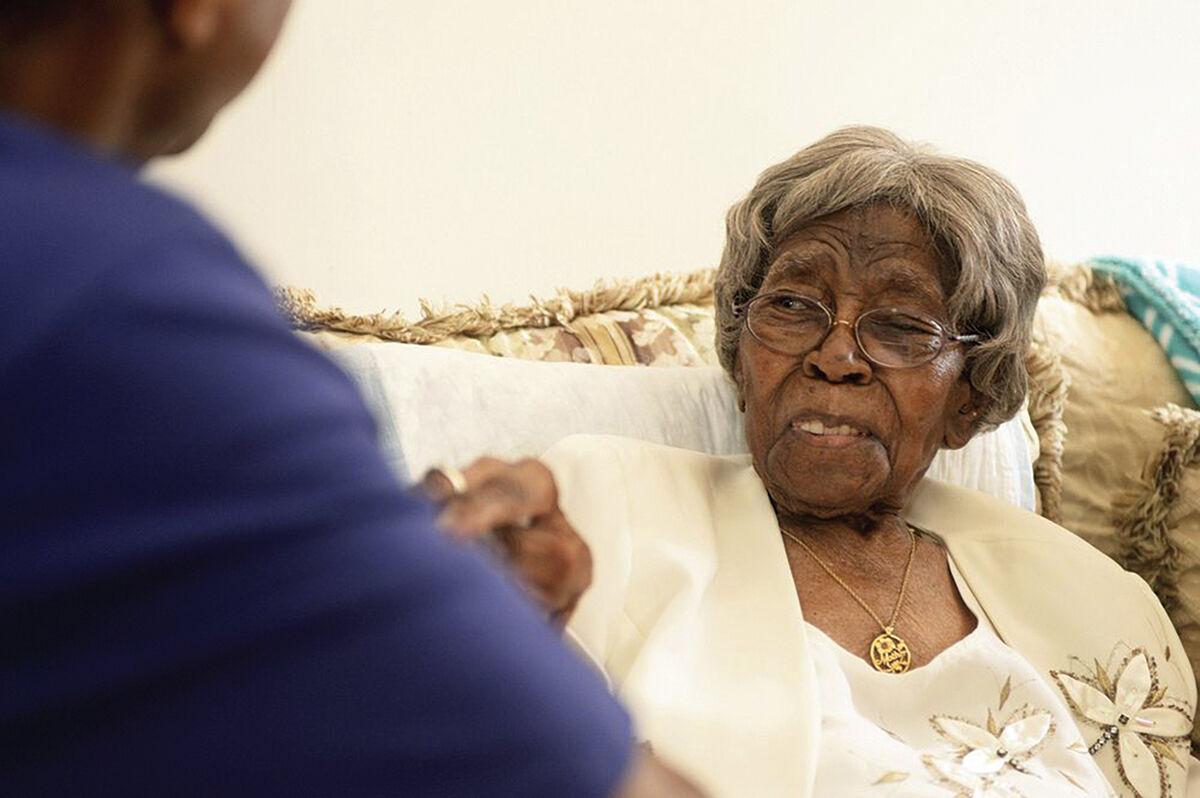 A North Carolina woman who grew up picking cotton, got married at 14 and went on to become the oldest living American – with more than 120 great-great-grandchildren – has died peacefully in her home, according to her family.

Hester Ford was either 115 or 116 years old, depending on which census report was accurate. Either way, she was the oldest living American when she died Saturday in Charlotte, according to the Gerontology Research Group, which tracks “supercentenarians.” They listed her age as 115 years and 245 days.

“She was a pillar and stalwart to our family and provided much needed love, support and understanding to us all,” said her great-granddaughter Tanisha Patterson-Powe in a statement emailed to news outlets.

Ford was born on a farm in Lancaster County, South Carolina, in 1905, if you accept the more conservative estimate of her age.

She married John Ford at age 14, and gave birth to the first of her 12 children at age 15.

The couple moved to Charlotte, where she remained for the rest of her life. Her husband died in 1963 at age 57, three years after the couple made that move. Hester Ford then lived in the home on her own, without assistance, until the age of 108, when she bruised ribs in a bathtub fall and her family members insisted on moving in to help. She lived in the home with family until her death.

“She not only represented the advancement of our family, but of the Black African American race and culture in our country. She was a reminder of how far we have come as people on this Earth,” Patterson-Powe said.

In her final years, Ford’s family said her routine involved a breakfast that always included half a banana; a trip outside for fresh air, weather permitting; and sitting in her recliner looking at family albums, doing puzzles and listening to gospel music.

“I just live right, all I know,” said Ford when asked about the secret to her longevity.