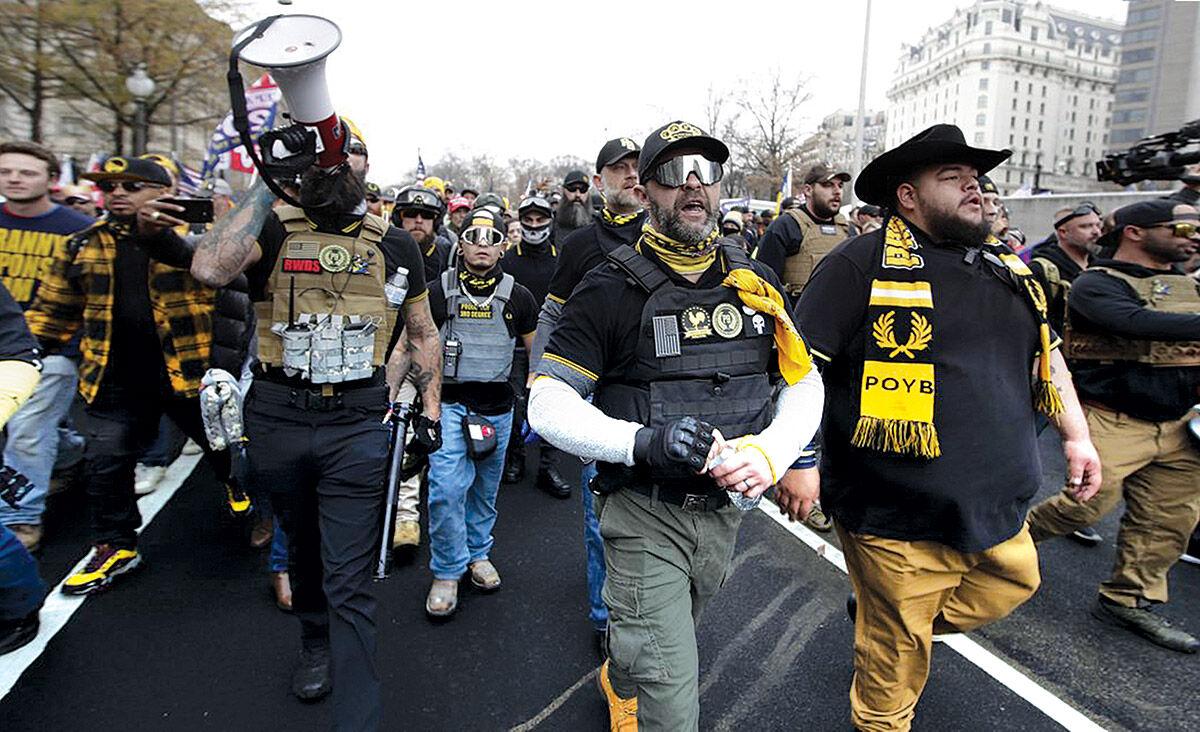 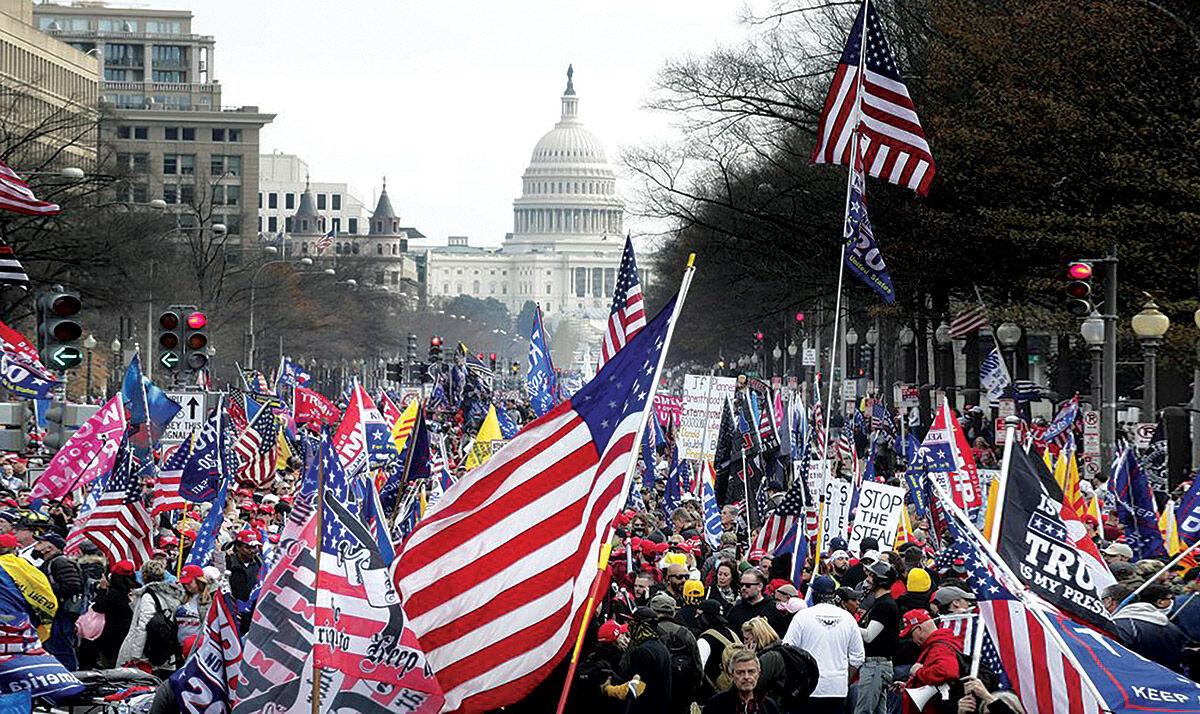 With the U.S. Capitol building in the background, supporters of President Donald Trump fill Pennsylvania Avenue during a rally at Freedom Plaza, Saturday, Dec. 12, 2020, in Washington, D.C.

Vandals tore down a Black Lives Matter banner and sign from two historic Black churches in downtown Washington, D.C., and set the banner ablaze, as nighttime clashes between pro-Donald Trump supporters and counterdemonstrators erupted into violence and arrests on Saturday.

Police on Sunday said they were investigating the incidents at the Asbury United Methodist Church and Metropolitan A.M.E. Church as potential hate crimes, which one religious leader likened to a cross burning.

“This weekend, we saw forces of hate seeking to use destruction and intimidation to tear us apart,” District of Columbia Mayor Muriel Bowser said Sunday. “We will not let that happen.”

A video posted on Twitter showed a group of men appearing to take down a BLM sign at the Metropolitan A.M.E. Church as others in the crowd shout, “Whose streets? Our streets.” Another video showed people pouring an accelerant on a BLM banner and setting it ablaze in the street as others cheered and cursed antifa. Someone walks up about a minute later and uses a fire extinguisher to put out the flames.

“It pained me especially to see our name, Asbury, in flames,” the Rev. Dr. Ianther M. Mills, the senior pastor at Asbury church, said in a statement Sunday. “For me it was reminiscent of cross burnings. Seeing this act on video made me both indignant and determined to fight the evil that has reared its ugly head.

“We will move forward, undaunted in our assurance that Black Lives Matter, and we are obligated to continue to shout that truth without ceasing,” she added.

Leaders of the Black Lives Matter organization decried the attacks on the churches, partly faulting police for allowing white supremacists to “run rampant.”

April Goggans, a lead organizer for Black Lives Matter’s D.C. chapter, accused Bowser of “sitting silent and comfortable in your home as Trump sent his goons in to brutalize your citizens.” She said the mayor’s statement was meaningless without action.

A spokesperson for D.C. police said Sunday that it was taking the offenses seriously and actively investigating.

The incidents came following weekend rallies in support of Trump’s baseless claims that he won a second term, which led to dozens of arrests, several stabbings and injuries to police officers.

Police in the District of Columbia said they arrested nearly 30 people for a variety of offenses, from assault and weapons possession to resisting arrest and rioting. The violence broke out after sundown Saturday.

Four men were stabbed around 10 p.m. after a fight downtown, police said. At least one suspect, 29 year-old Phillip Johnson of Washington, was arrested on a charge of assault with a dangerous weapon. A police report obtained by The Associated Press said at least one of the victims identified Johnson as the person who stabbed him.