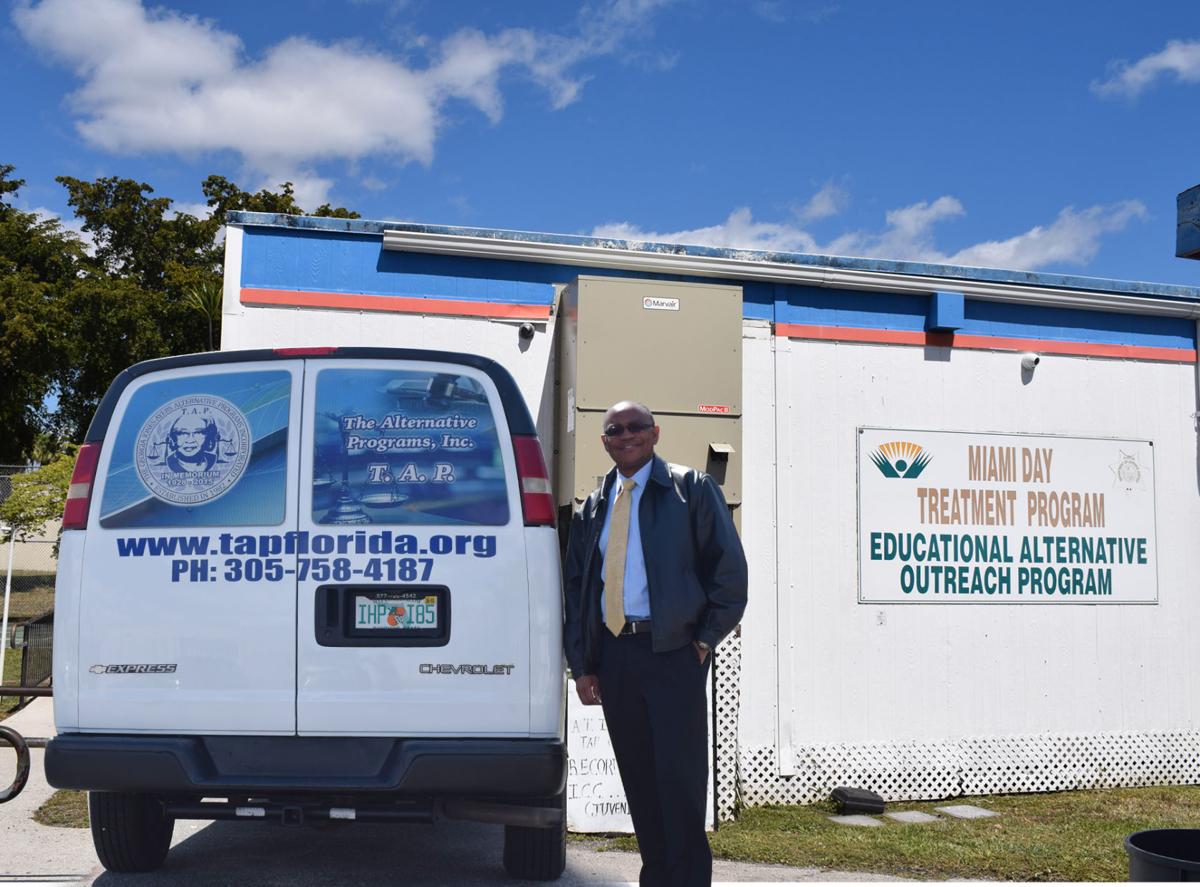 Kenneth Kilpatrick, the executive director of The Alternative Programs Inc., shows off the organization’s van. 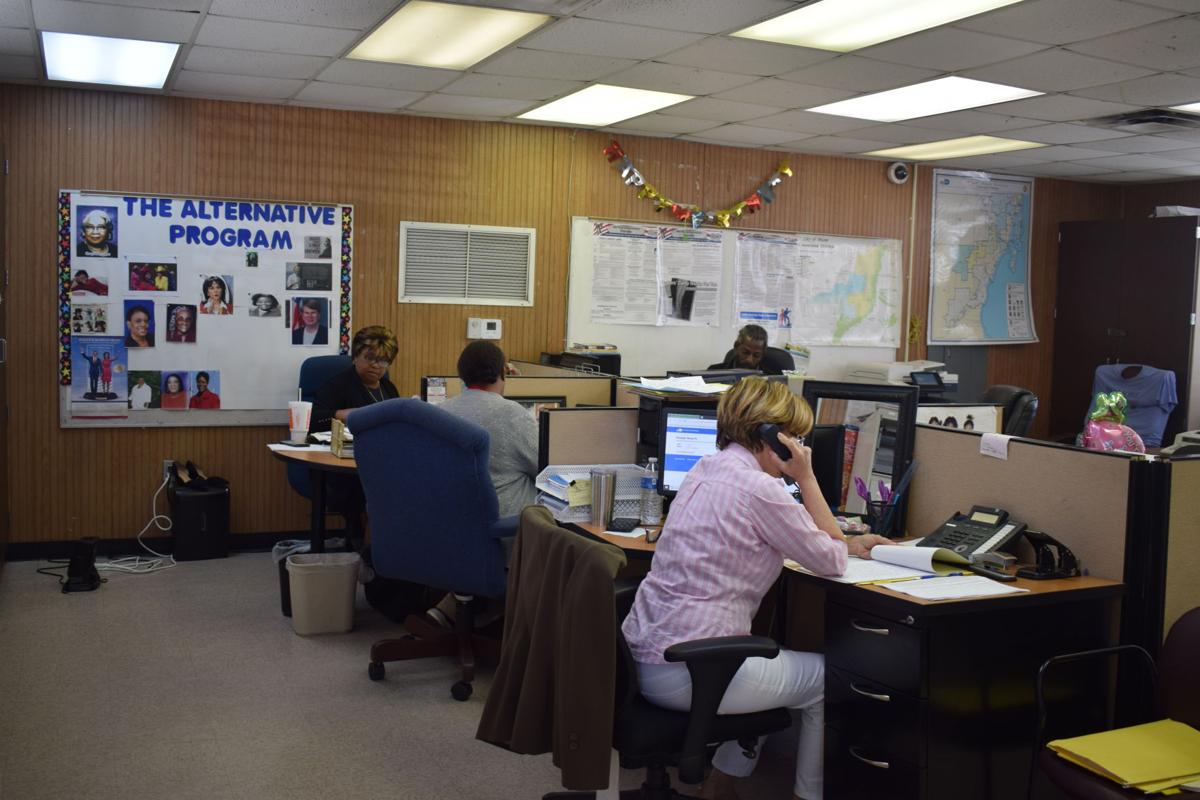 Staff at The Alternative Programs make calls to check and follow up with participants. 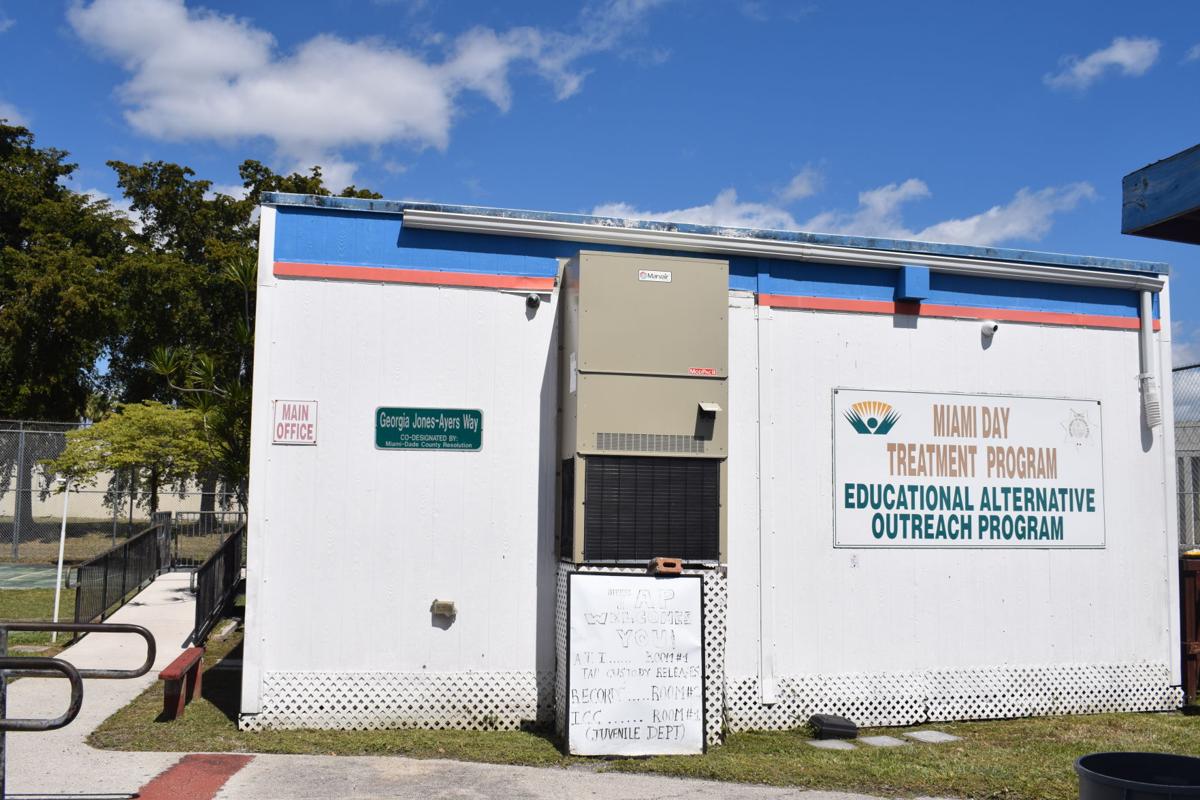 The Alternative Programs' main office is located on the outskirts of the Miami Dade Regional Juvenile Detention Center.

When Nathan Devoe was arrested in May 2018 for a felony drug charge, he had no clue when or how he was going to get out.

Devoe could not afford the $2,500 bond that was required for his freedom. He was working two food delivery jobs to earn enough money to afford his own place.

But with help from The Alternative Programs Inc., Devoe was released from jail without paying a cent of his bond. He also received drug treatment and was awarded a second chance in life.

“The program helped rehabilitate me back into society and be productive instead of spending time in jail,” said Devoe, who was later acquitted of the drug charge. “Being in jail could not do anything for my progress.”

The Alternative Programs was started in 1982 by civil rights and community activist, Georgia Jones-Ayers and Miami-Dade County Judge Thomas Petersen. The organization’s mission is to help low-income, nonviolent offenders get out of jail bond-free and rebuild their lives.

The late Jones-Ayers came up with the idea for the program. She worked as a police-community liaison for decades and wanted to make a difference in the community by deterring citizens from crime. Jones-Ayers asked Petersen to help with the grant, Petersen said. The program is funded by Miami-Dade County through its police department.

“If the program wasn’t there, people who could not make bond would still be there [jail],” said Petersen. “The TAP program is the only way for many of them to be released.”

In adult court, every offender is entitled to a bond hearing. Each day, The Alternative Programs’ staff combs through morning bond hearings for qualified candidates. Usually, first-time offenders, the ideal candidate is charged for a nonviolent crime and has lived in Miami-Dade for at least one year. Those with extensive backgrounds of arrests and convictions or capital offense convictions would not be eligible. Any outstanding warrants or pending warrants for violent crimes will also disqualify a defendant.

The Alternative Programs staff member sits in court as the bond hearings are conducted. A judge, prosecutor or public defender can make the referral to the program. With the referral, the defendant is usually offered a chance to cut the bond by 50 percent or go through The Alternative Programs where there is no bond at all. The defendant can decline while prosecutors can also object.

However, many people don’t know that the option is available, said executive director of The Alternative Programs, Kenneth Kilpatrick.

“What the public should know is that if they have a nonviolent offense, they have the right to ask for TAP,” said Kilpatrick.

Once the organization receives the referral, an interview is conducted at the corrections facility to further determine eligibility.

“We asked them questions about where they live and make sure they have ties to the community,” said Kilpatrick.

After the interview and the release, the offender has 24 hours to report to The Alternative Programs office. It is located on the outskirts of the Miami Dade Regional Juvenile Detention Center, at 3300 NW 27th Ave. There, other counselors do an assessment of the social services that could help the offender be a productive citizen as well as hinder the probability of recidivism.

The Alternative Programs helps participants find jobs, housing, drug treatment and any other wraparound services that they see fit. It has formed a partnership with New Horizons Community Mental Health Center, which offers substance abuse and mental health treatment.

The entire program has a positive socioeconomic impact on the community, according to executive director, Kilpatrick.

“It gives offenders a second chance to go back to work; return to family; and go back to the community,” he said.

A PLACE FOR YOUTH

The juvenile portion of The Alternative Programs is more extensive, even though it has been reduced a bit over the years. It went from an alternative school, Janet Reno New Chance Alternative School, to an up to eight-week rehabilitation program, after the school closed in 2010. Kilpatrick hopes that The Alternative Programs can reopen its school and expand the reach of its adult program. It would need donations to do.

Titled, the Improving Community Control Project, it requires juvenile offenders to take courses in anger management, theft counseling and substance abuse, depending on the crime.

Educational tutoring is a vital part of the juvenile project, said the director, George Jones.

“Because if Johnny can’t read or write then Johnny acts up in class,” he said.

The youth range from 11-18 years of age. Many of them only come once a week for four hours on the weekend, according to Jones. But the others are required to also come two hours after school every weekday. Referrals are sent by the juvenile probation officer. Most of the offenses are theft or substance abuse. A large portion of the youth is either homeless or products of the foster care system. There are also sessions for all of the youth on individual responsibility and HIV prevention.

Recidivism rates are low, said Jones, mostly because of the bond that the team forms with the children. They often do not want to let the counselors down, said Jones, who has led the project since 1999.

Although the juvenile project is open to all offenders regardless of the crime, not all of the youth referred to the program are accepted. Jones said parents or guardian participation can make a difference.

When the child comes for the assessment, Jones said he is hard on the child in front of the adult companion.

“If the parents are supportive of me then we take them,” he said. “But if not, we say, ‘Take your baby home because we won’t babysit.’”

Jones said the biggest limitation that the project is facing is not being to help children who are tried as adults, also known as direct filed.

The leaders of The Alternative Programs met with Florida Rep. James Bush III following a town hall meeting he held on direct filing in the summer. They discussed their experiences, feedback from the town hall and what needed to be done to reduce the occurrences, The District 109 representative, in January, filed a bill that revises direct file criteria. He has vowed to name the bill after the organization’s founder, Jones-Ayers.

Youth director, Jones, said he doesn’t view his position as a job, but instead it is a mission.

“They’re our children. If we don’t help them then who will?” He said.

For more information about The Alternative Programs and how to give, visit tapflorida.org.