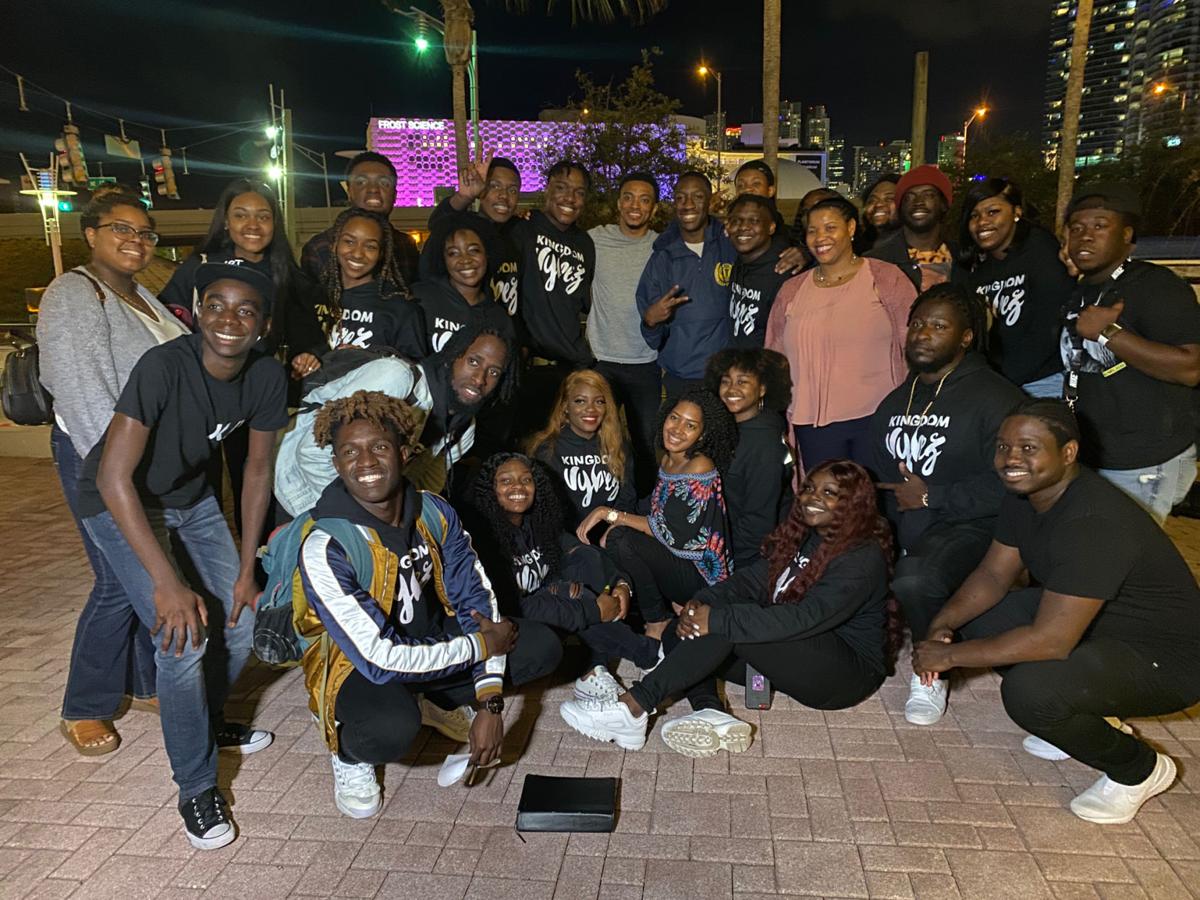 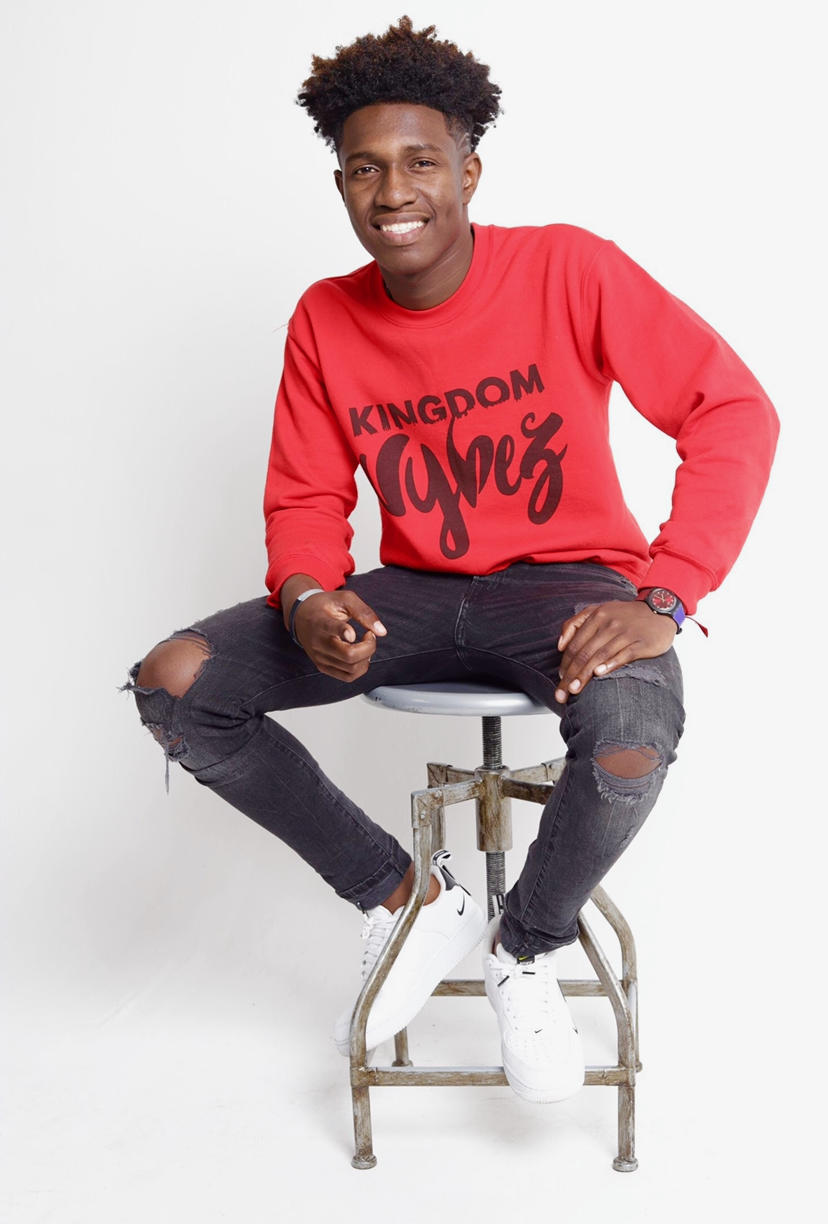 Gabriel Pierre picked up the acoustic guitar when he was in sixth grade. Today, the 21-year-old Miami native is in his third year at the New College of Music with dreams of touring the world.

But before music came into the picture, things weren’t always easy for the then-adolescent boy.

“I had behavioral problems in middle school,” he recalls. “So the only thing that pretty much had my attention and had good grades in was guitar class.”

After his first year there, Pierre had to leave North Miami Middle because of his behavior problems. This meant leaving the guitar program he was introduced to behind for the next two years.

It wouldn’t be until his freshman year of high school for him to get back in the groove.

Pierre expressed his interest in playing the bass for the school’s jazz band to the band director of Young Men’s Preparatory Academy. By his sophomore year, he had made the transition to a full-time bass player.

It was during his sophomore year that he also reached out to his friends from the guitar program he attended his first year in middle school. Pierre soon began mentoring for the program now known as, “Guitars Over Guns.” He gathered a few friends from the program and his high school jazz band to start an alumni band for the organization.

The birth of their band “Unistique” sparked a significant turning point for Pierre’s music.

“We kind of gigged around town and we performed for the superintendent,” he said.

While he had established connections from his first music program, Pierre began another program in his high school that would continue to broaden his musical horizons.

He started attending the “Jazz Roots’ Sound Check” in 2014 – a music program and concert series, a part of the Adrienne Arsht Center in partnership with Miami-Dade Public Schools.

“When I got into “Jazz Roots,” that experience in itself opened up my eyes as a musician,” Pierre said.

The center’s funding provides free tickets that give music students in Miami-Dade County Public School’s music programs an opportunity to attend the live concerts that make up the “Jazz Roots” series.

“Jazz Roots provides music students and their teachers an in-depth look at the behind-the-scenes workings of a live sound check and the technical aspects necessary to produce a successful concert,” program representative Paula San Agustin explained. “Students have the opportunity to dialogue with internationally acclaimed jazz musicians about the music, the artistic process and the practical skills needed for a career in the arts.”

Before he started the program, Pierre said he felt discouraged in seeking a career as a musician. The thought of financial instability often lingered around in his mind. For the longest, he viewed this as a deterrent of the industry until Jazz Roots gave him hope.

“As far as becoming a musician for a career path, it put me in a position to not really have a lot of confidence stepping into it,” Pierre mentioned. “But going to Jazz Roots and seeing how world-renowned musicians would come and how they would perform and do sound check and talk to us letting us know that this is possible.”

As a young musician in high school, Pierre said he and others in the program were instantly inspired by the musicians they saw. He shared that the experience instilled the mentality that if they could do it, he could do it.

“The goal of the ‘Jazz Roots' Sound Check’ is to teach, inspire and enrich young people through unique active learning opportunities to experience jazz music, both in the John S. and James L. Knight Concert Hall and in the classroom, including the cultural influences that impact and have shaped this art form.” San Agustin added.

Pierre reflected on moments he and his friends would look at the musicians on stage with the collective thought, “this could be us.”

With his levels of inspiration peaking, he joined another faith-based band called “Kingdom Vybez.” The band features a variety of genre-bending talent ranging from vocalists, dancers and musicians.

Pierre would still continue to perform with Unistique and Kingdom Vybez into his early adult years.

Just recently, he and Kingdom Vybez took performed in front of a crowd of a thousand people at the Arsht Center’s “Free Gospel Sundays” – an all-year round concert series showcasing local talent. The group opened for gospel singer Jonathan McReynolds on Dec. 15; a night that Pierre says he’ll never forget.

Now, Pierre is grateful for the opportunities and knowledge he acquired through music programs like Guitars Over Guns and Jazz Roots. He continues incorporating everything he learned from the music programs into the music he creates today.

Though a student at the New World College of Music, he also looks forward to going to ministry school – with dreams to travel the world and communicate through his music.

“This [music] is my getaway – I dedicated my life to this,” he expressed.

Pierre hopes his music will touch and inspire others around the world and give them the same sense of enlightenment music gave him.