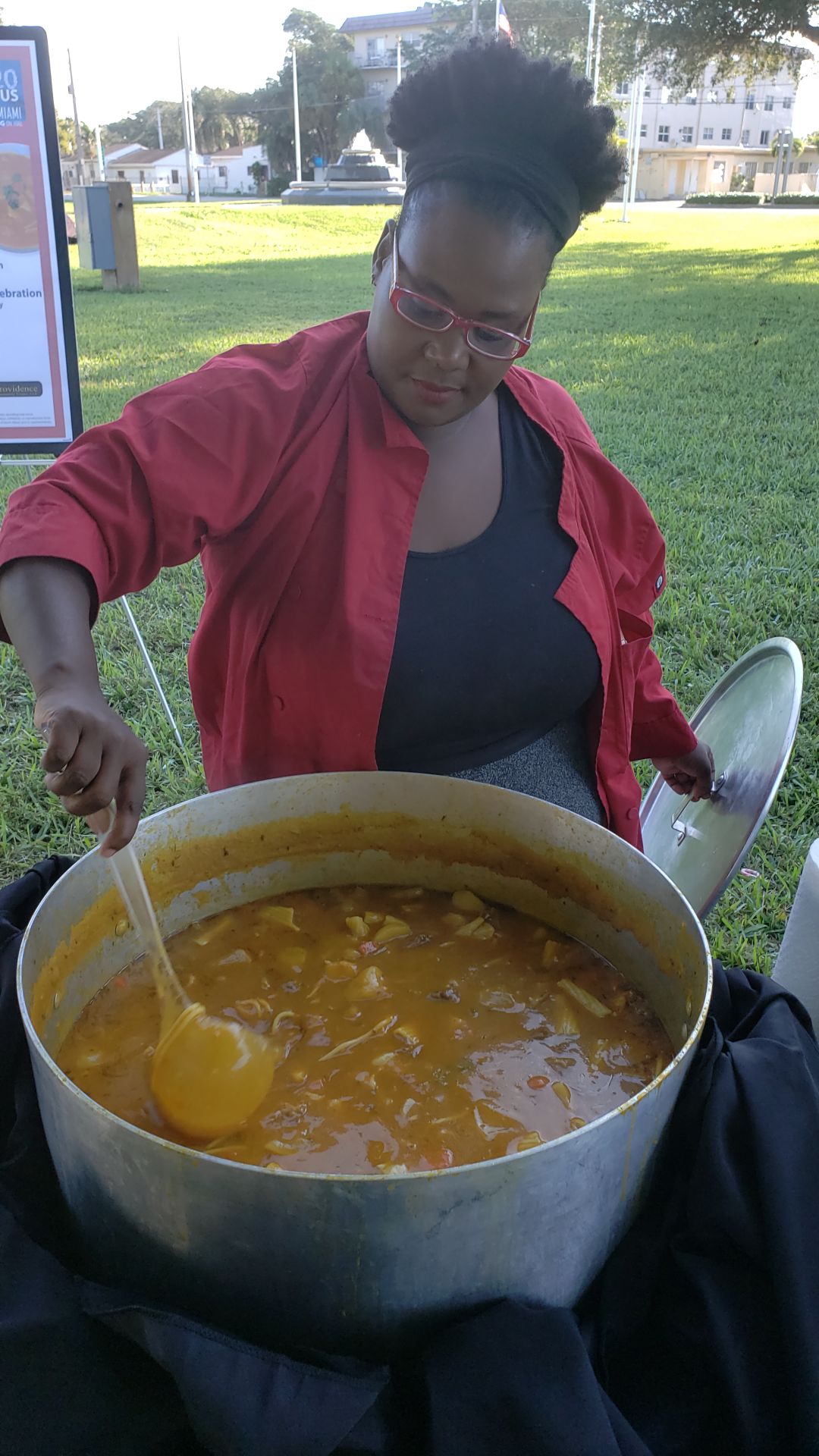 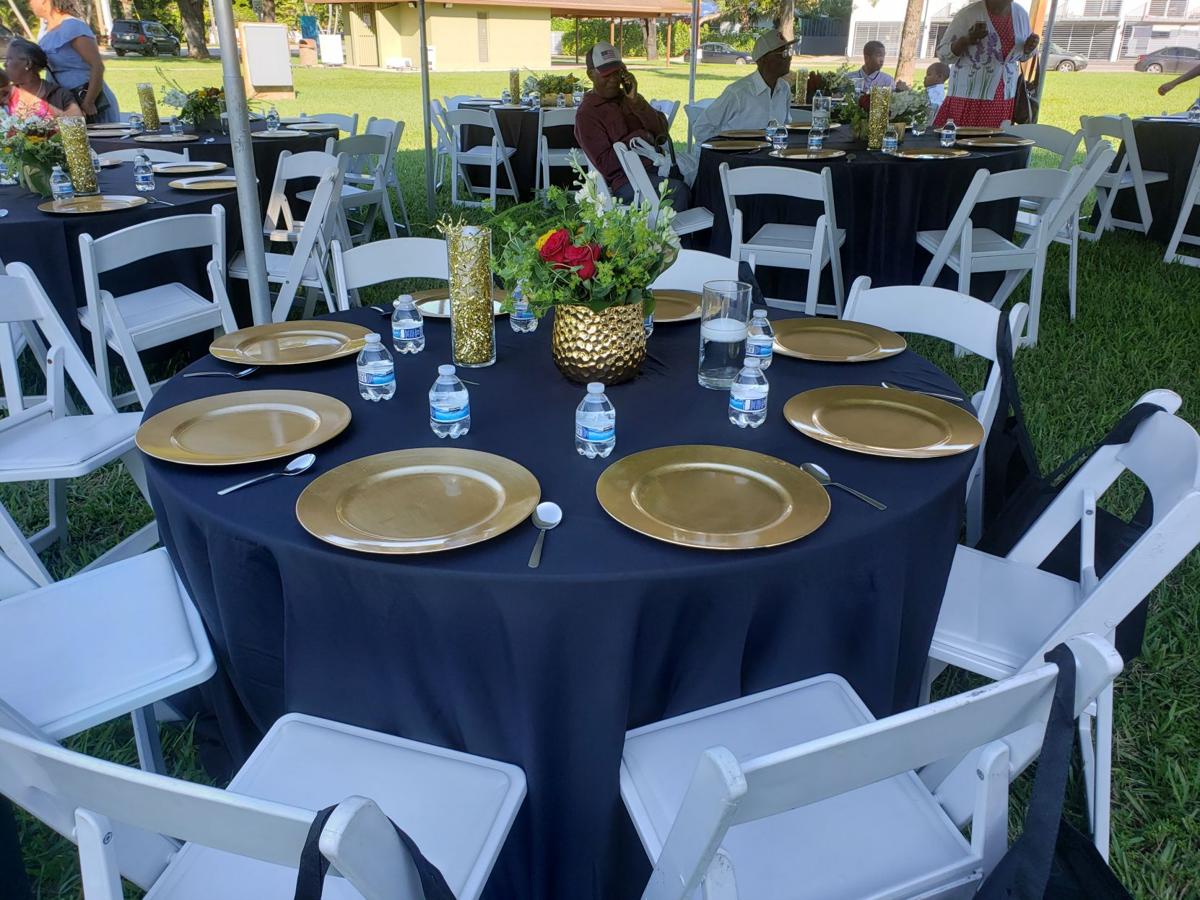 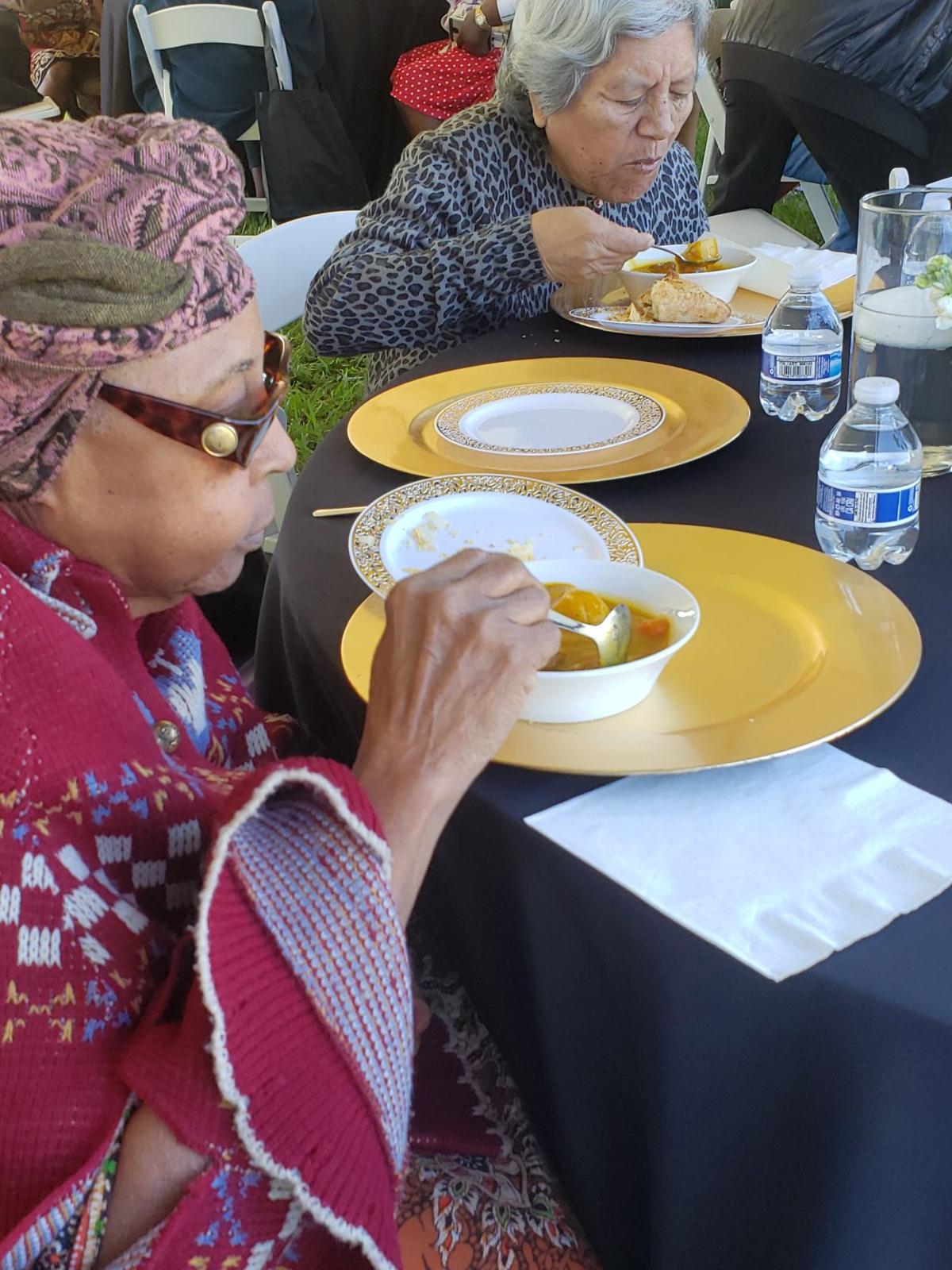 Seniors enjoy a bowl of soup joumou made traditionally on New Year's Day by Haitians. 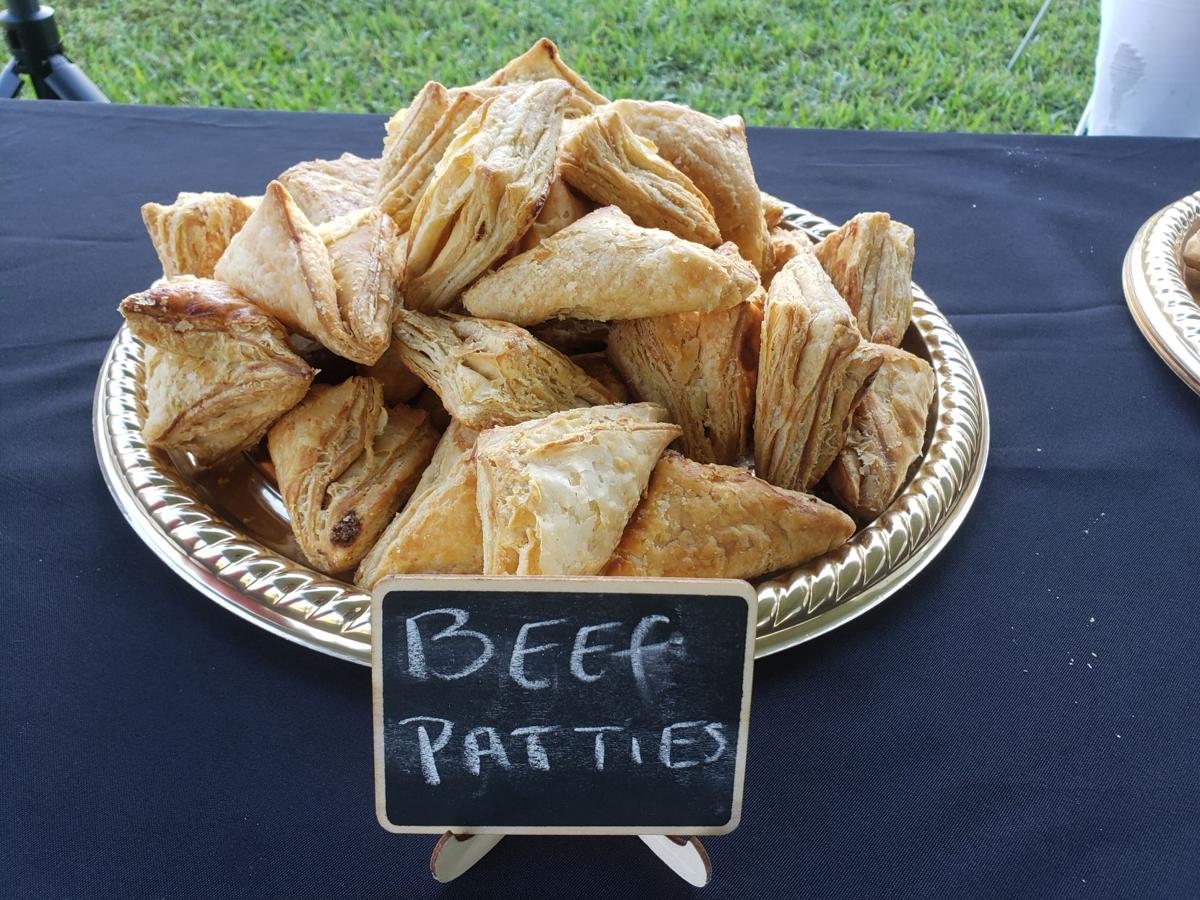 Seniors enjoy a bowl of soup joumou made traditionally on New Year's Day by Haitians.

It was the first day of a new year. The sun had only been up for a few hours. And the green grass was still wet with morning dew. Yet, tables and chairs were already set with floral-inspired centerpieces, awaiting the guests who would attend North Miami’s celebration of soup joumou.

As a cool breeze blew, the aroma of warm pumpkin and spices filled the air. Then the guests arrived, one by one.

Emma Wallise, a resident of North Miami was one of the first to arrive. Others who were there, came from as near as North Miami Beach or as from far away as the Bahamas. On Jan. 1, they all came together for soup.

Soup joumou to be exact.

Soup joumou is pumpkin-based made with vegetables, spices, potatoes, squash, beef, broth, pasta, carrots and a variety of flavorful herbs.

It has been a longstanding tradition of Haitians to eat soup joumou on New Year's Day, since gaining their country’s independence back in 1804.

Soup joumou has a rich history because, as Haitian slaves, they were forbidden from eating it. Only the slave masters could eat soup joumou at that time. But after gaining independence, soup joumou became their mark of freedom.

In honor of the tradition, North Miami made soup joumou at Griffing Park available to all.

The maker of the soup for the event was chef Rose Michel. To the community and her clients, Michel is affectionately known as Chef Rose and owner of Belmere Catering.

Michel says she has been making soup joumou for over 12 years. She likes to call it "Freedom Soup" because of what it means to her..

"I stayed up practically all night making soup joumou. I got about two hours of sleep. I made five big pots. Two pots for the church, two pots for North Miami and one pot for me and my family," said Michel.

Michel also made a meatless version of soup joumou.

It was served in a medium-sized white bowl with silver soup-sized spoons. This would be the first time Wallise would have soup joumou. And when she got her first bowl and tasted it she said it was "very flavorful."

Denise Azemar, a resident of North Miami came to the event with her two daughters to have some soup joumou, too.

"I enjoy the fun things that the city of North Miami sponsors to bring people together and I really enjoy this soup," Azemar said.

Haitian bread and two different types of patties accompanied the soup. One set of pastries had beef inside and the other had cod fish.

While people were eating soup joumou and fellowshipping with one another, North Miami Councilwoman Mary Estime-Irvin thanked everyone for coming out, and taking part in the city's tradition of honoring Haiti's Independence and extended wishes for the new year.

For a sweet treat, after everyone ate soup joumou, Haitian hot chocolate and Haitian cake with rum was served.