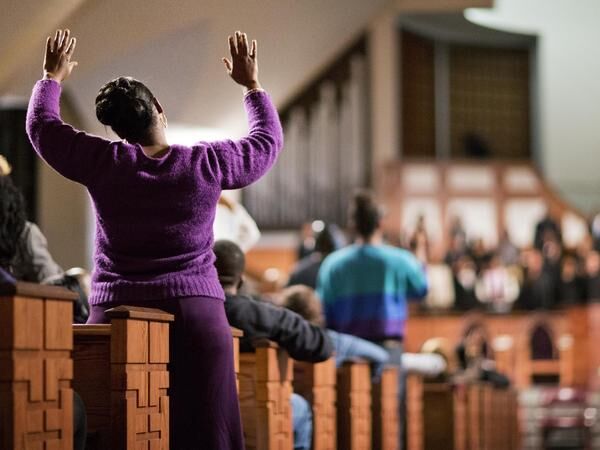 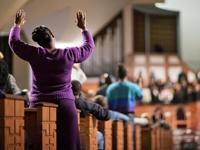 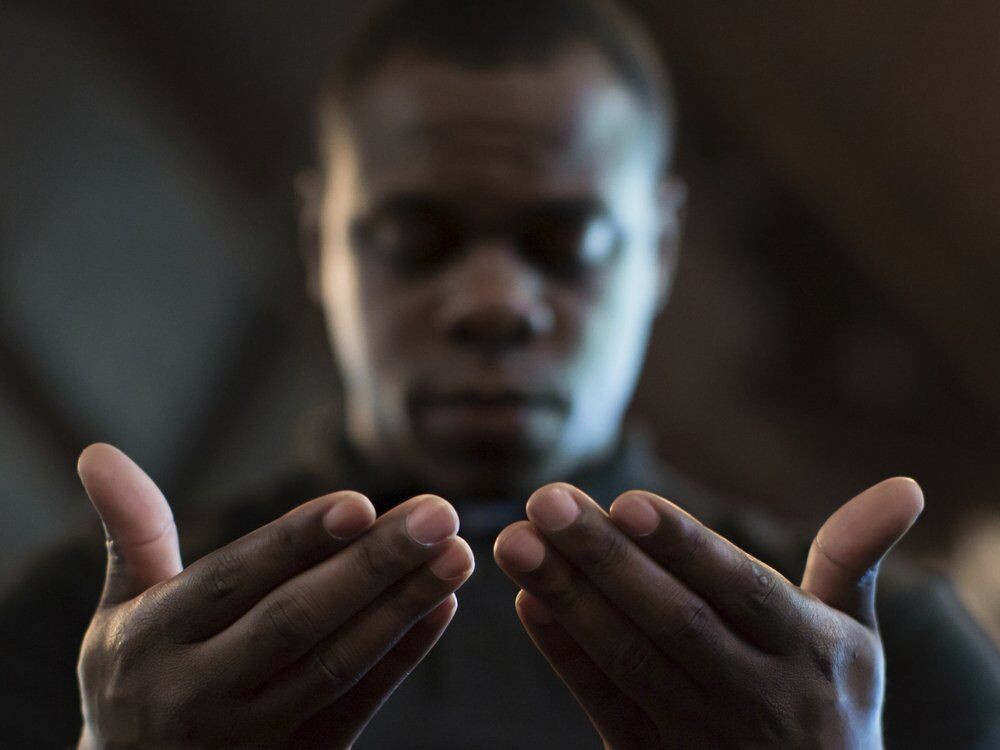 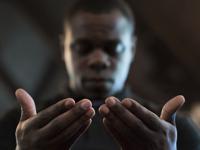 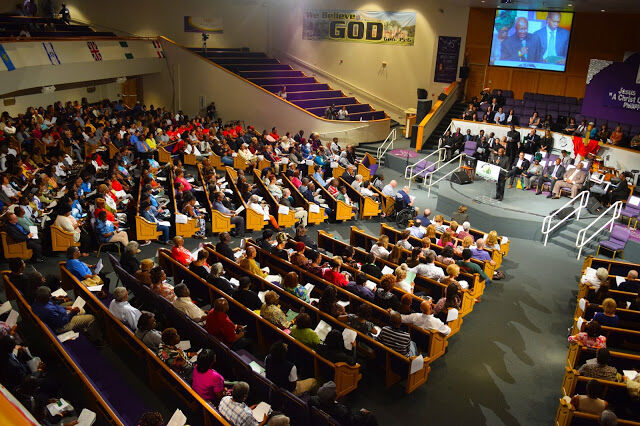 Black Americans attend church more regularly than Americans overall, and pray more often. Most attend churches that are predominantly Black, yet many would like those congregations to become racially diverse. There is broad respect for Black churches’ historical role in seeking racial equality, yet that’s coupled with a widespread perception they have lost influence in recent decades.

Those are among the key findings in a comprehensive report released last week by the Pew Research Center, which surveyed 8,660 Black adults across the United States about their religious experiences. It is Pew’s first large-scale survey on the topic.

Among Black adults who go to religious services, 60% attend churches where the senior clergy and most or all of the congregation are Black, Pew found. It said 25% are part of multiracial congregations, and 13% are part of congregations that are predominantly white or another ethnicity.

Pew said patterns of worship are shifting across generations: Younger Black adults, born since 1980, attend church less often than their elders, and those who attend are less likely to do so in a predominantly Black congregation.

Among 30 Black pastors and religious leaders interviewed by Pew, some predicted further shrinkage of predominantly Black churches and an increase in multiracial congregations.

“I don’t think there should be a Black Church,” said Dr. Clyde Posley Jr. of Antioch Baptist Church in Indianapolis. “There isn’t a Black heaven and a white heaven. … A proper church will one day eschew the label of Black church and be a universal church.”

The survey found that 66% of Black Americans are Protestant, 6% are Catholic and 3% identify with other Christian faiths – mostly Jehovah’s Witnesses. Another 3% belong to Islam or other non-Christian faiths.

Some 21% are not affiliated with any religion and instead identify as atheist, agnostic or “nothing in particular.” Black Americans born since 1980 are far more likely to be among the unaffiliated.

Survey responses were collected from November 2019 to June 2020, but most respondents completed the survey by Feb. 10, 2020, before the coronavirus outbreak and the racial injustice protests that spread after the death of George Floyd in May at the hands of Minneapolis police.

Among the respondents, 77% said predominantly Black churches had played a role in helping Black people move toward racial equality. Yet just one third said historically Black congregations should preserve their traditional character; 61% said these congregations should become more racially diverse.

Nearly half of respondents said Black churches are less influential today than 50 years ago.

Among the clergy interviewed by Pew, some said too few Black pastors have been on the front lines of recent struggles against racism.

“When you look at Black Lives Matter, this is the first time that there has been any political uprising and the church isn’t spearheading it,” said the Rev. Harvey L. Vaughn III, senior pastor of Bethel AME Church in San Diego.

“We’re not as bold and courageous as we used to be,” said the Rev. Sandra Reed of St. Mark AME Zion Church in Newtown, Pennsylvania. “I have to say, I’m somewhat ashamed of that, because the AME Zion Church is known as the Freedom Church that was at the forefront of addressing all the ills of America, and we sort of lost that.”

The survey indicates that congregants at Black Protestant churches are more likely to hear preaching about race relations and criminal justice reform than those attending multiracial or white churches.

Black Protestants, meanwhile, are less likely than U.S. Protestants overall to hear sermons on abortion. Pew found 68% of Black adults said abortion should be allowed in most or all cases – compared with 59% of all U.S. adults.

Pew also posed some survey questions to 4,574 Americans who do not identify as Black, to provide comparisons.

According to a recent national study cited by Pew, women make up only 16% of religious leaders at Black Protestant churches. Pew’s survey found that 85% of respondents favored allowing women to serve as senior leaders of congregations, however.

Pew said the survey’s margin of error, for the full number of respondents, was plus or minus 1.5 percentage points.

Some Black pastors have left the predominantly white Southern Baptist Convention in dismay over decisions by white leaders that they view as downplaying the problem of systemic racism.

In the Episcopal Church and some other mainline Protestant denominations, there are reparations initiatives aimed at making amends for past involvement in slavery and the mistreatment of Black and Indigenous people.

And many Black Catholics have urged leaders of their church to be more forceful in combating racism. Some have asked the U.S. Conference of Catholic Bishops to consider reparations and promote the teaching of Black Catholic history in Catholic schools.

“We still don’t have the church taking a necessary stand against systemic racism,” Tia Noelle Pratt, a sociologist who has studied racism in the U.S. Catholic church and was an adviser on Pew’s survey, told The Associated Press via email. “This means acknowledging the white supremacy that exists in the church and ways white church leaders and white members of the faithful benefit from it.”

The Rev. Mario Powell, a Black priest who heads a Jesuit middle school in Brooklyn, said Catholic clergy need to preach more often against racism and speak out against some of their colleagues “who brazenly post white nationalist ideology online.”