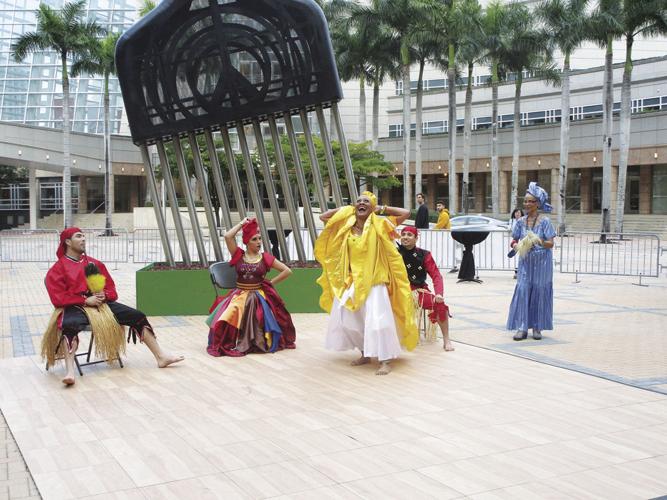 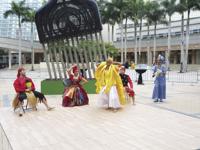 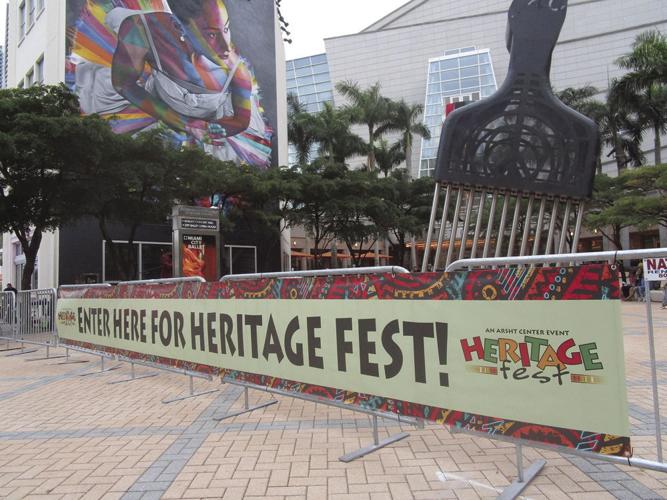 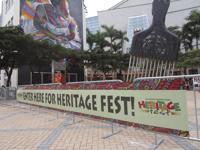 Heritage Fest Miami entrance at the Thomson Plaza for the Arts in the Adrienne Arsht Center, 1300 Biscayne Blvd. 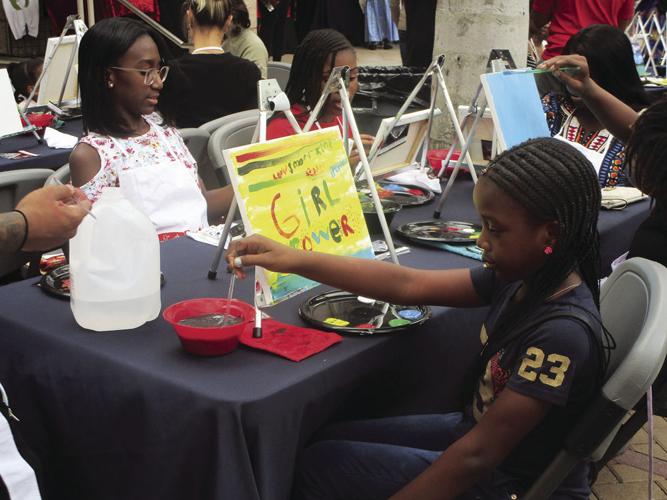 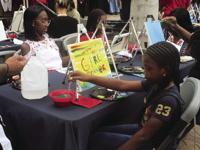 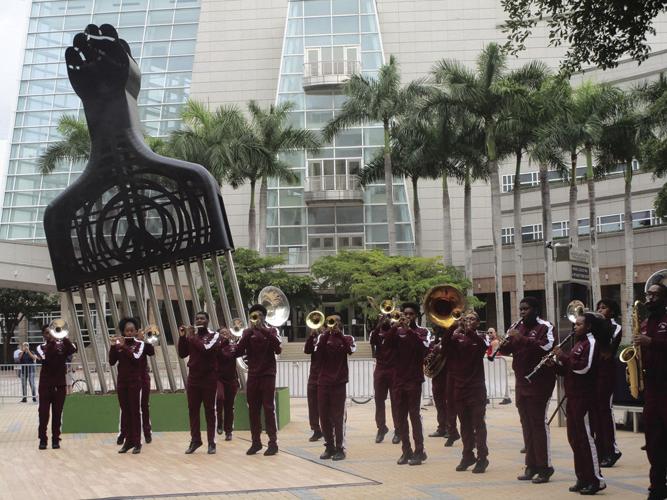 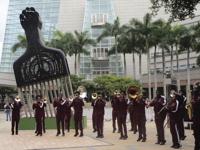 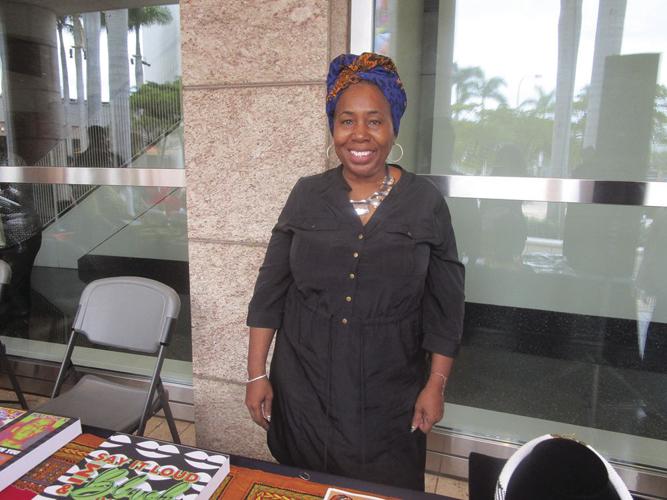 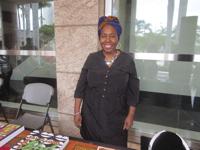 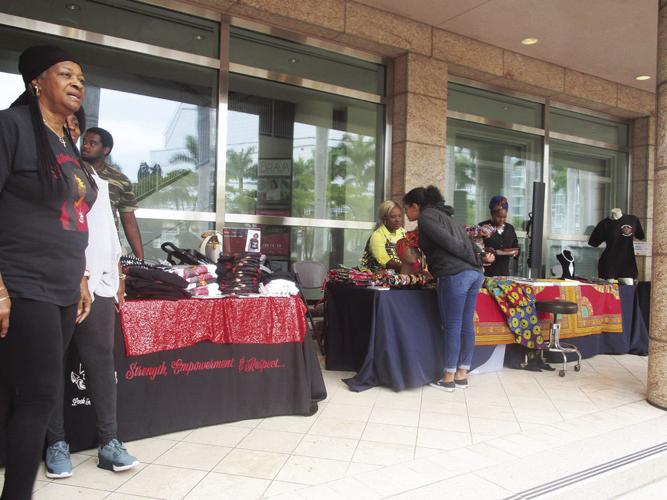 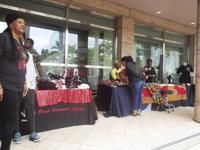 Heritage Fest Miami entrance at the Thomson Plaza for the Arts in the Adrienne Arsht Center, 1300 Biscayne Blvd.

“Head-wrapping is literally a way that Africans, for centuries, have been able to non-verbally communicate their place in life,” she shared. “The headwrap of a woman walking down the street will tell you if she’s a widow, a grandmother or if she’s a married, young woman.”

Originally, Williams indicated that head-wrapping in the United States was negatively misinterpreted by those unaware of its origins and historical significance.

“Until recently, people of African descent did not whole-heartedly embrace the practice.” she said. “Today, the headwrap is in ‘vogue’ once again, popularized by stars like Erykah Badu and Alicia Keys, highlighting that Black women are still fly.”

Williams and her team were one of many local, Black vendors who kicked off the second week of Black History Month at Heritage Fest Miami.

Hundreds of spectators made up of children, families and locals, attended Heritage Fest Miami over the weekend at the Thomson Plaza for the Arts at the Adrienne Arsht Center. The Saturday afternoon festival celebrated South Florida’s Black communities of the African diaspora by featuring cultural discussions, local entertainment, Black vendors and various family-friendly activities that ranged from painting to dancing.

The festival began with a conversation titled, “Civil War. Civil Rights. Civil Future?” which was led by a panel of local, Black educators and social justice writers. The panel featured Rudy Jean-Bart, assistant professor of History at Broward College's South Campus for American History and African-American History; Darius Daughtry, poet, founder and artistic director of Art Prevails Project; Marie Vickles, Knight Associate Director of Education at Pérez Art Museum Miami and Curator in Residence at the Little Haiti Cultural Complex and was moderated by AmplifyMe founder Scherazade D. King. The panelists discussed an array of Black culture-based topics, that included the importance of supporting Black businesses, youth and leaders in our community.

Up next, the festival kicked it up a notch by juxtaposing the visual arts with the performing arts. Dozens of on-lookers clapped along to the rhythm and beats of Miami Norland Senior High School’s band. The band performed in front of the Thomson Plaza for the Arts' newly unveiled Black History Month sculpture, “All Power to All People” by Hank Willis Thomas.

The sculpture, which faces Biscayne Boulevard, “depicts an Afro pick with a clenched fist, which serves to highlight ideas related to community, strength, perseverance, comradeship and resistance to oppression,” the Arsht Center explained.

The high school band’s performance, followed by the live performance of story-telling dancers from the Marisol Blanco and Sikan Afro-Cuban Dance Project, complemented the sculpture in the background and was a huge hit among spectators.

Some of the popular festival activities were, a dance floor with a DJ playing the hottest urban tracks of today; a board game station with playing cards, dominoes and Jenga; free face and canvas painting; and food and drinks.

“Paint with Faith,” a mobile painting class in South Florida, and “All Queen’d Up,” a clothing brand with T-shirts promoting Black women empowerment, were among some of the other Black vendors who participated in the festival.