Skip to main content
You have permission to edit this article.
Edit
About Us
News
Opinion
Business
Living Black
Sports
Obituaries
Digital Edition
Subscribe
ADVERTISE WITH US!
Share This
1 of 6 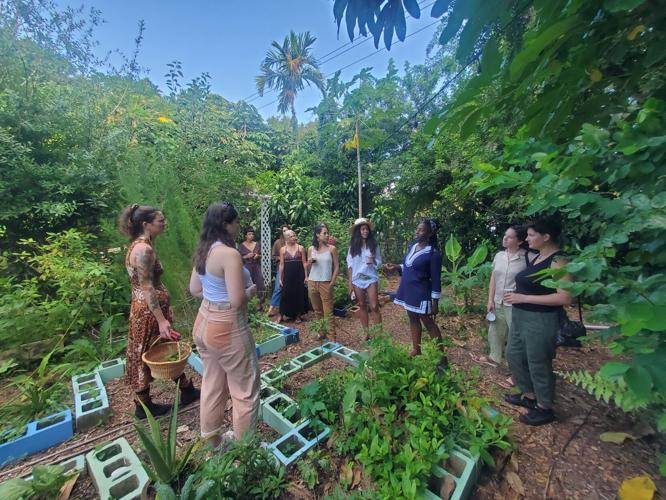 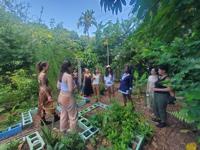 Olivia Narcisse, Finca Morada’s first artist in residence, seen here in the blue dress, was a co-facilitator during a June mocktail workshop. In the foreground are plants and herbs growing inside concrete blocks. 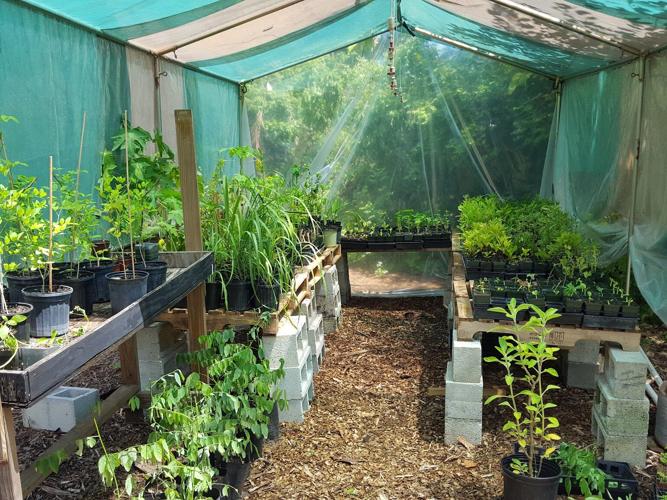 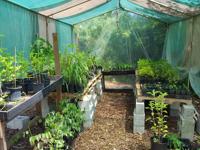 A greenhouse at the urban garden sanctuary. 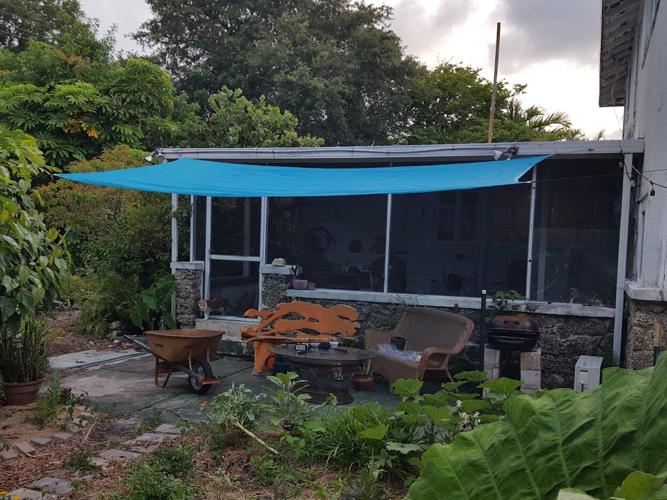 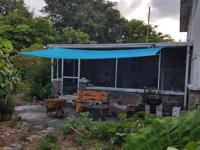 The house that shares the land with Finca Morada could easily pass for one in Key West, given its grand porch and lush foliage. 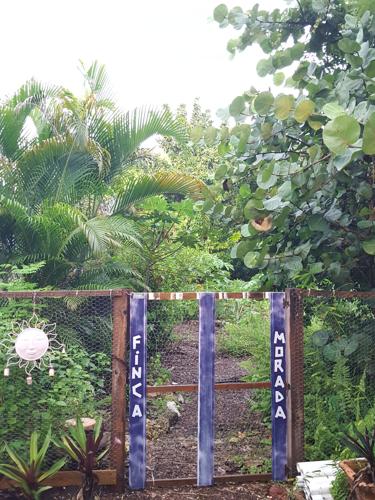 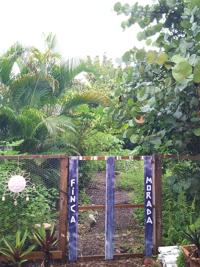 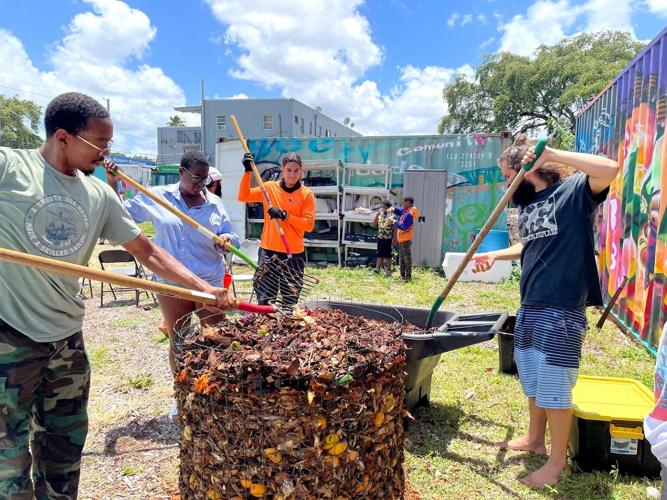 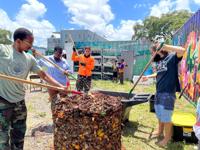 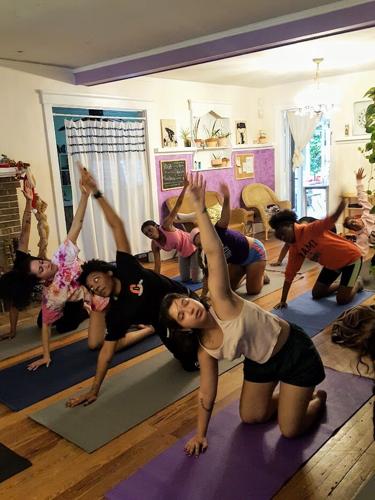 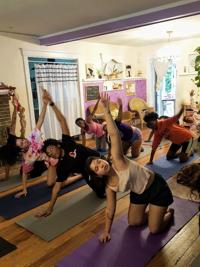 Three years ago, an urban farm called Finca Morada was established in the heart of a North Miami neighborhood. Located along NE 131 St., it sits on a lot along with a large two-story house that could easily pass for one in Key West, thanks to its grand porch and lush foliage.

Anyone would mistake it for just another residence, but Finca Morada is so much more.

“We are a nonprofit, social justice and QTBIPOC center, and with our new artist residency program we provide artists a two-month residency in our half-acre urban garden sanctuary arts and education center,” said Christina Bouza, co-founder and director of Finca Morada.

Artists live in their own private bedroom/workspace and have access to common spaces, gardens and other workspaces. At Finca, they have the “opportunity to ground, connect and be inspired within their sanctuary of nature and land-based culture,” according to its website.

During those two months, they will interact with other artists and creatives – and the resident chickens and a cat – to work amongst thousands of species of native, annual and perennial plants, partake in group dinners prepared with organic, farm fresh ingredients, as well as participate in workshops, rituals and fire circles.

Their first artist in residence, Leslie Gomez Gonzalez, is an Afro Latinx, multidisciplinary artist whose works center on care for the body and the way we relate to the body, and to the individual and cycles of earth.

She came to Finca from April to June and created eight hand-thrown terra cotta vessels. They were intentionally placed throughout Finca’s food garden to allow them to “absorb, observe and collect their surroundings,” as described on the nonprofit’s Instagram events page.

On the first of the month during the New Moon Circle event, attendees were encouraged to bring offerings of any kind to place at the vessels and continue the practice throughout the month. Halfway through the month Finca Morada hosted another, similar event. The public was invited to drop in anytime between 2-8 p.m. and leave their own offerings and experience the surroundings at their own pace. Herbal tea to all who came by.

Gomez Gonzalez’s residency culminated in a pit firing during the Libra full moon, when all the vessels were gathered in a single pit within the ground with a fire built over them. Pit firing is the original method for “baking” clay that dates back nearly 30,000 years.

“From this process,” said Bouza, “the intention is to have all that was collected in and embedded within the vessels leave permanent markings in the garden, ultimately mapping Finca Morada, its inhabitants, visitors and friends.”

Finca Morada’s goal is to ultimately host eight artists over four two-month programs per year, culminating in a group show of all eight artists at year’s end.

“We will provide them with a live/workspace, mentorship, art materials and a stipend,” said Bouza. “The Intention is to support artists into deepening their practices and local ecology here and support them in exploring new works.

“I personally very much feel that in these challenging and rapidly changing times, especially here in Miami, it feels more important than ever to nurture the connection between art, artists and ecology.”

Programming at this urban farm is robust. In addition to the residency, people are encouraged to drop their food scraps into composting bins just outside the fence to the garden. Inside the house yoga and movement events are hosted, along with music and other performances. Educational workshops that teach the public to grow their own food and plant medicine are held in the garden.

The Finca Morada team, through the Grow Roots Miami initiative, goes out

in the community – particularly to food deserts or areas with limited resources – and installs raised beds for annual vegetables and herbs as well as perennial gardens for edible plants, fruit trees, medicinal herbs and pollinator flowers.

Bouza, who is an alumni of the Soul Fire Farm BIPOC Farmer Immersion Program and certified in permaculture design from the Institute of MesoAmerican Permaculture, builds the gardens alongside Jorge Palacios, who builds food forests for Miami-Dade County Public Schools and is also founder of Plant Philosophy and co-founder of the Overtown Green Haven Project.

With its established programs off and running, Finca Morada is currently focusing its energies on fundraising for the artist-in-residency program. But the overarching goal of its collective efforts, said Bouza, is “to create a more interconnected Miami.” 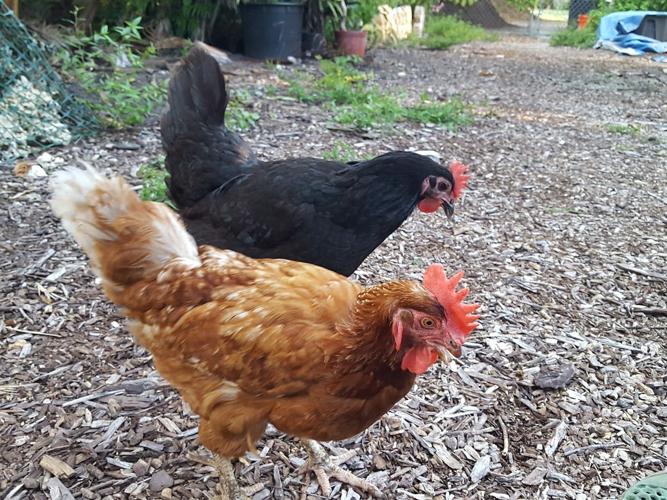 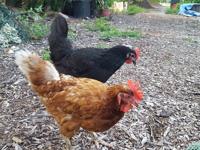 Chickens and a cat live amongst Finca Morada’s thousands of species of native, annual and perennial plants. 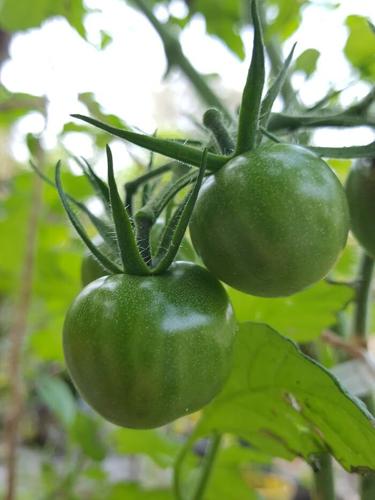 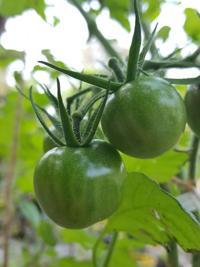 A tomato plant growing in the urban oasis. 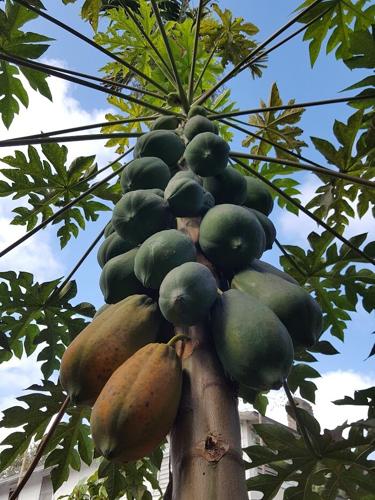 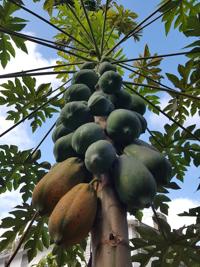 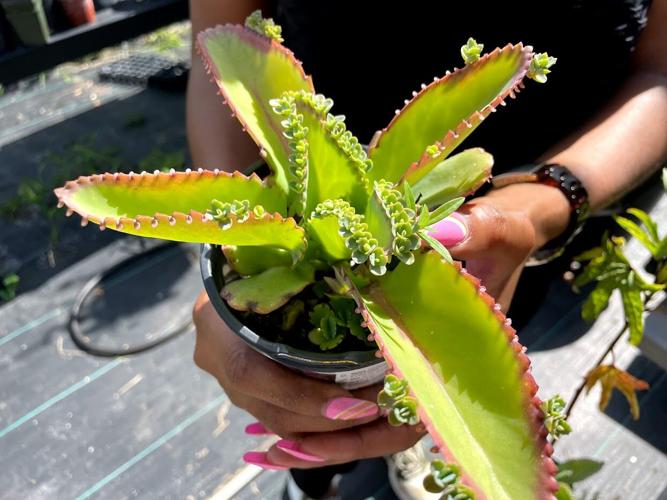 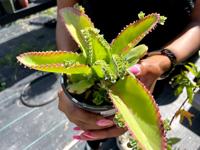 A typical plant grown on the half-acre property.

Chickens and a cat live amongst Finca Morada’s thousands of species of native, annual and perennial plants.

A tomato plant growing in the urban oasis.

A typical plant grown on the half-acre property.