You have permission to edit this article.
Edit
About Us
News
Opinion
Business
Living Black
Sports
Obituaries
Digital Edition
Subscribe
ADVERTISE WITH US!
Share This
1 of 10 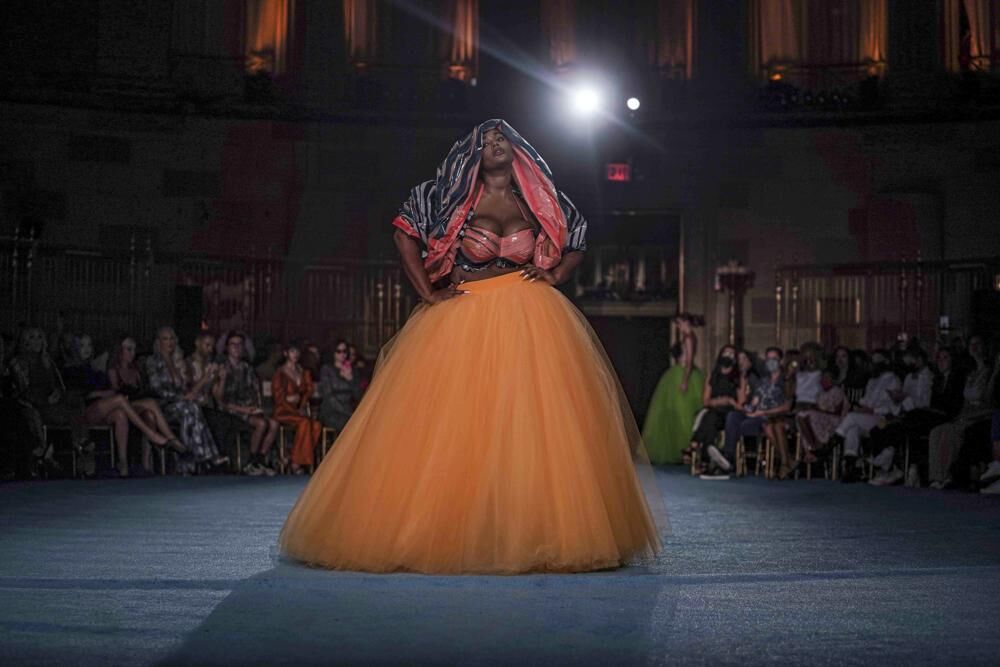 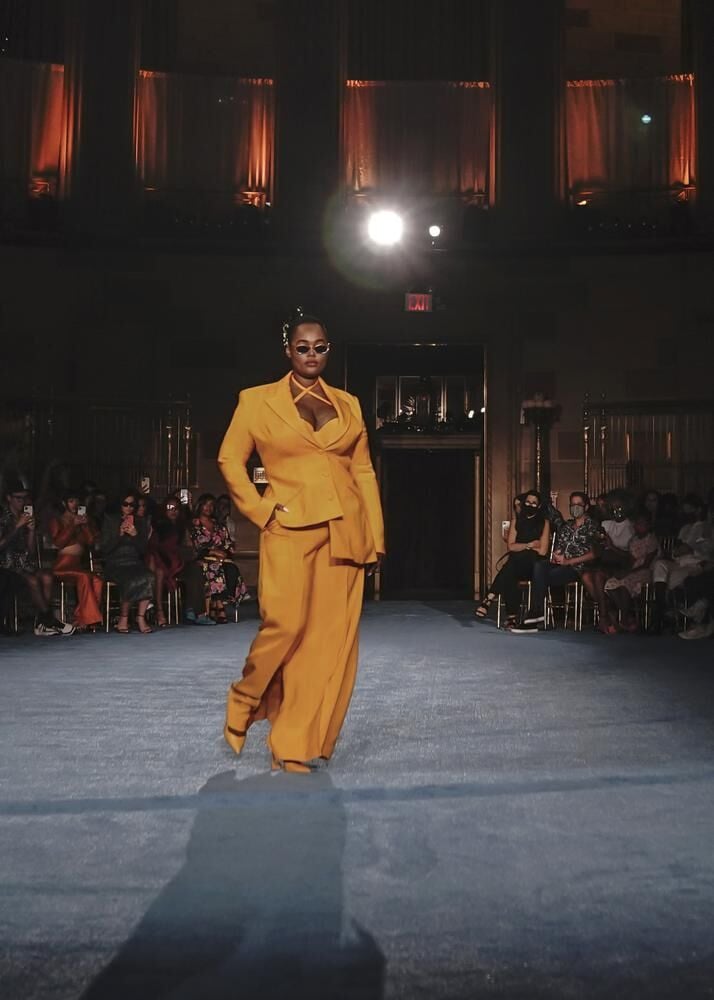 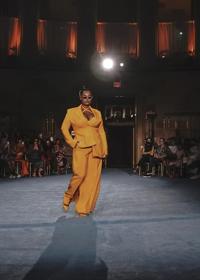 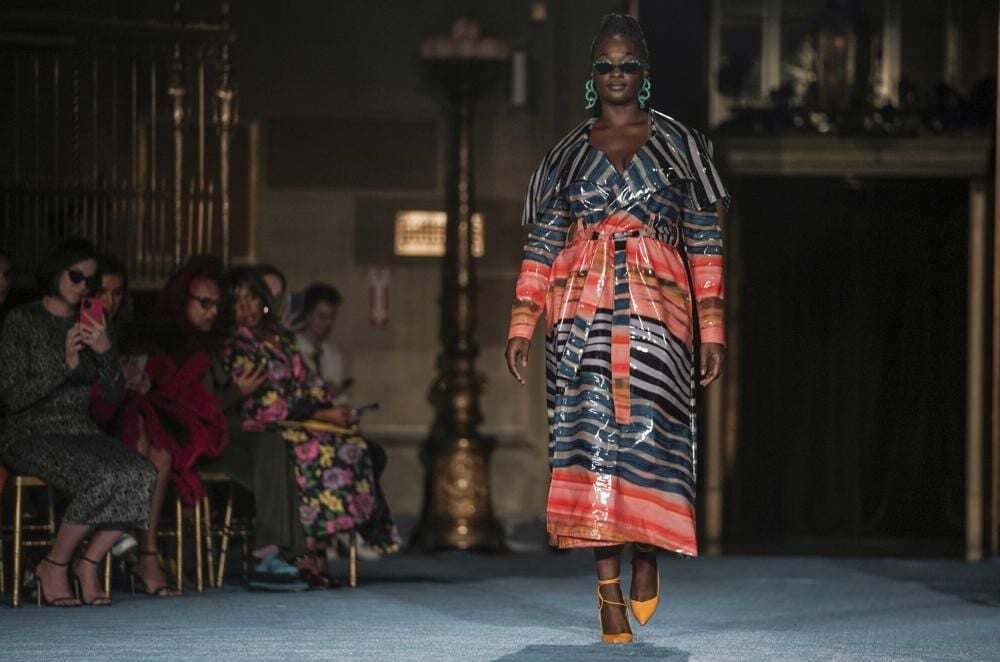 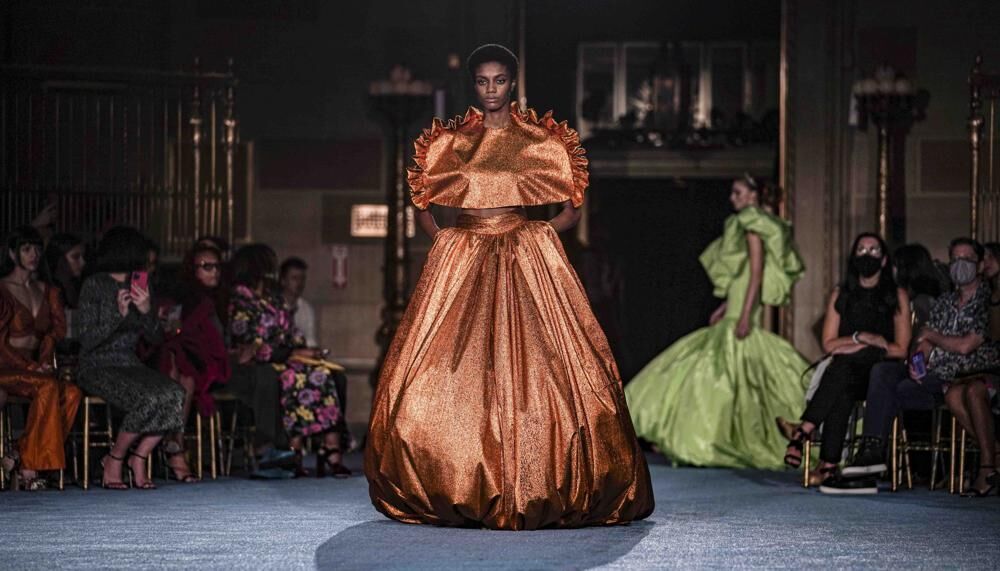 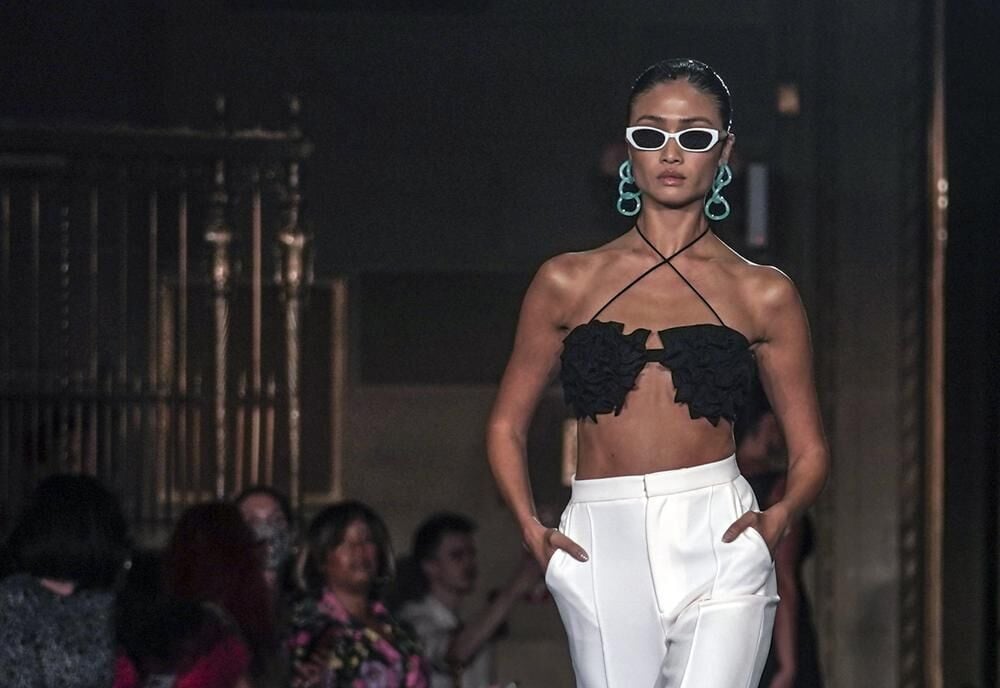 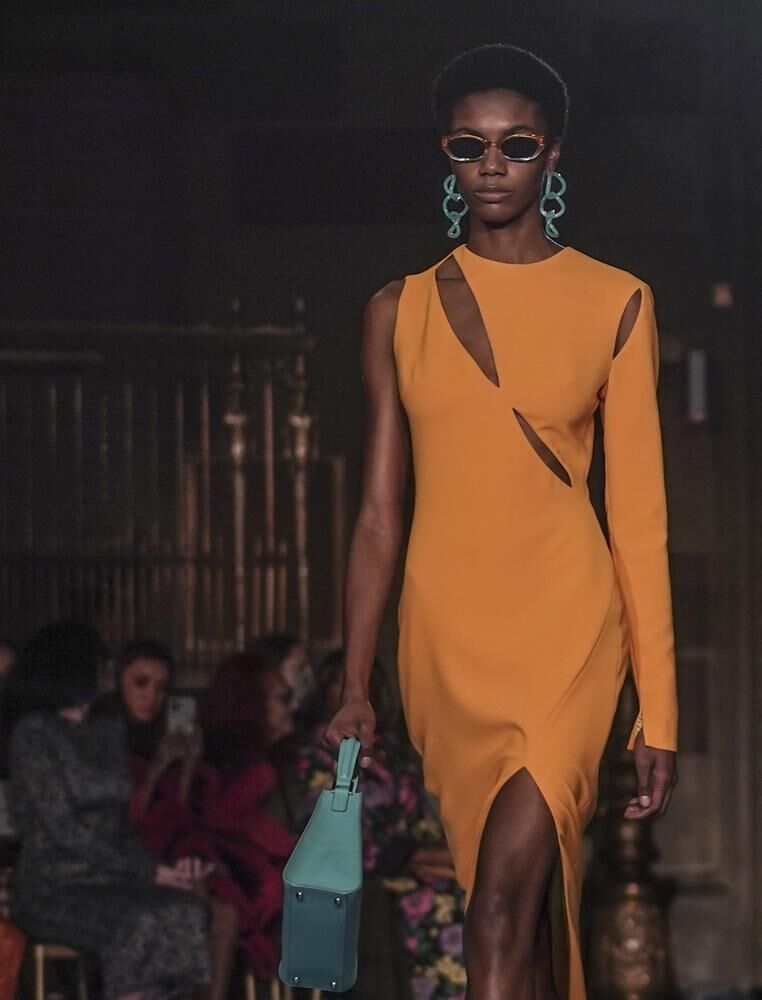 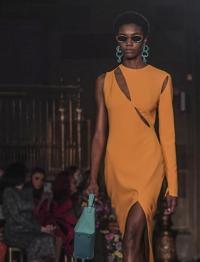 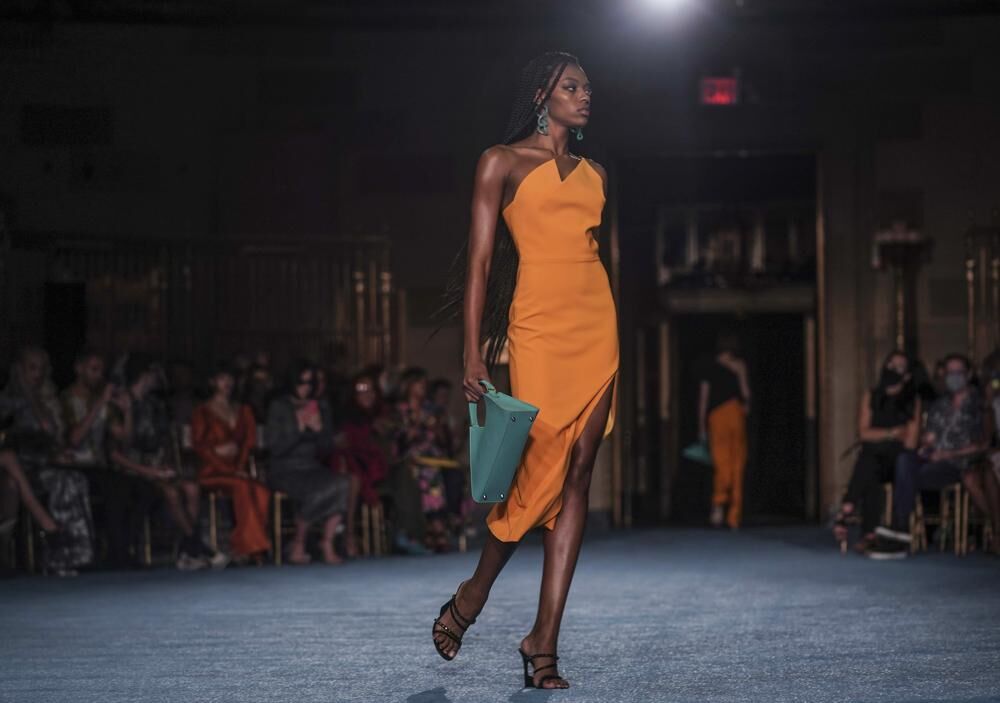 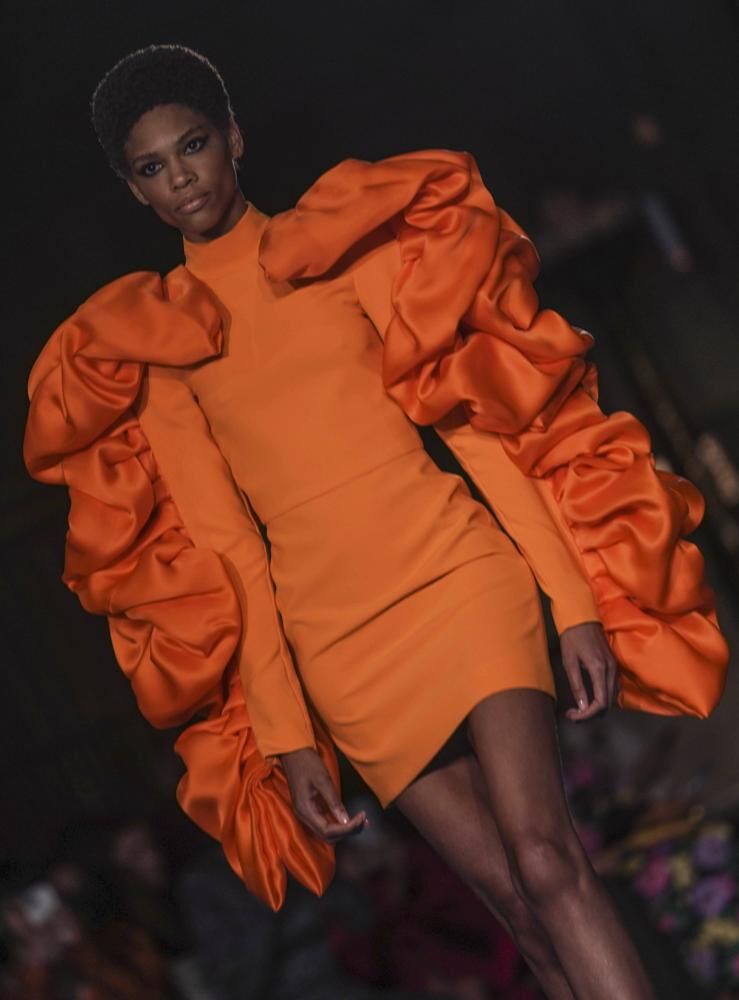 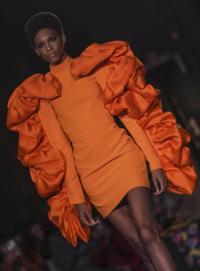 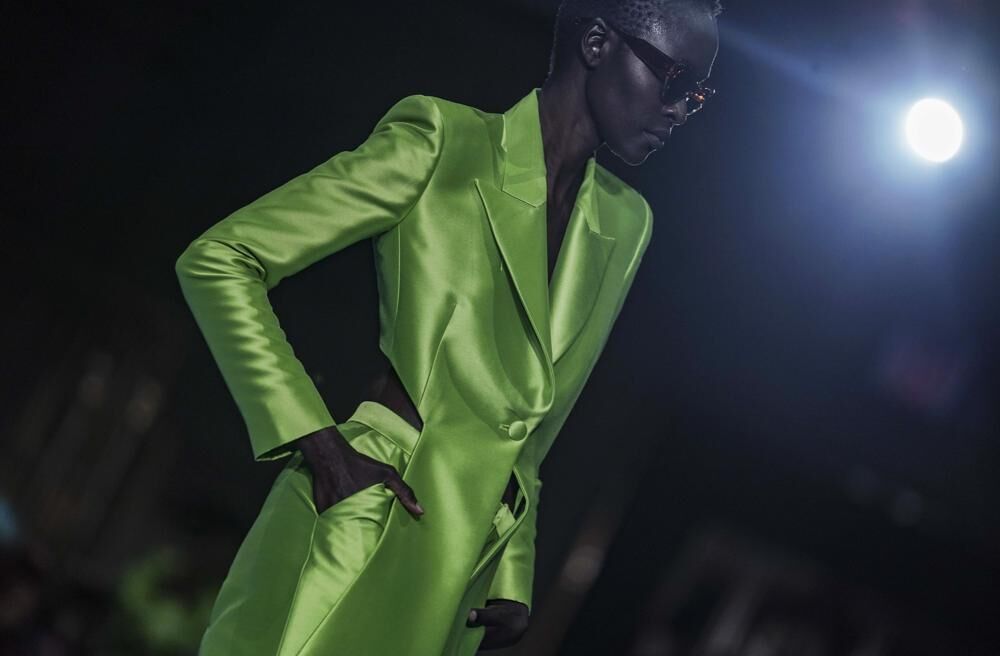 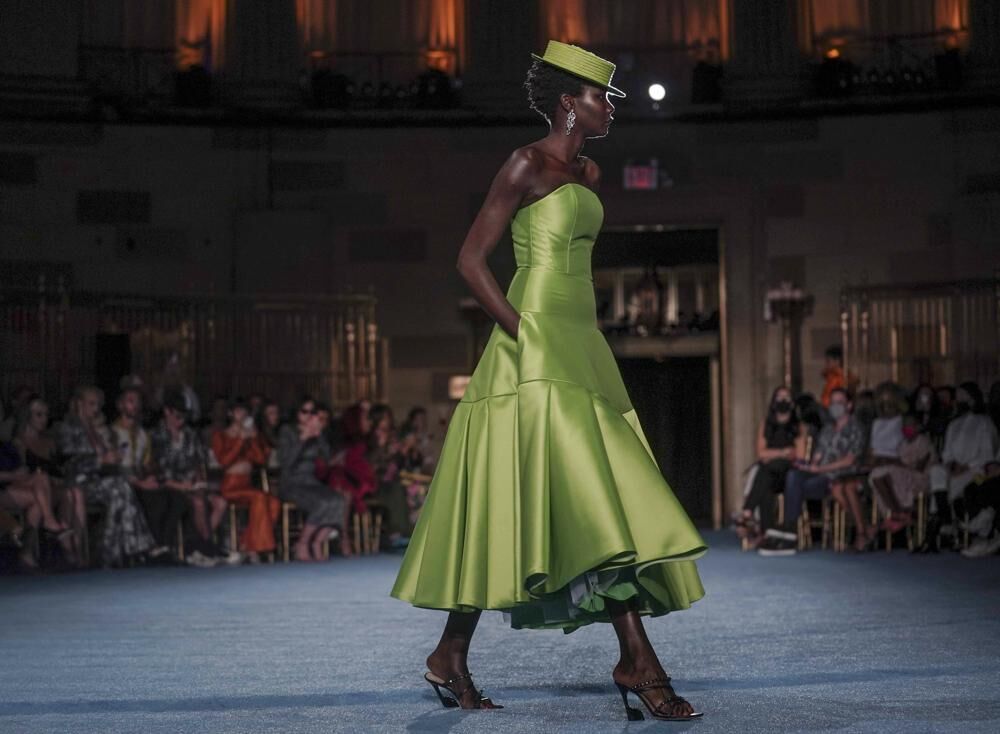 There was a time when Black models with natural hair were rarely seen on major fashion runways.

Designer Christian Siriano helped kick off New York Fashion Week’s first big pandemic round of in-person shows last week with a flurry of neon and lace and a commitment to ethnic and size inclusivity, as he opened and closed the show with plus-size breakout model Precious Lee.

Lee first walked in a stunning yellow trouser suit with wide loose pants and an asymmetrical jacket, with a matching crossover bralette underneath.

Vintage sunglasses were featured on some of the models as they strutted in bright yellows, sunset oranges and emerald green gowns and dresses with huge ruffles for sleeves and bulbous skirts.

“Fashion Week is back. It’s such a good feeling. New York is feeling great,” Siriano said, as Kristin Chenoweth, Alicia Silverstone and muse Coco Rocha sat in his front row.

The pandemic, Siriano said, has brought on bouts of nostalgia for many, including himself. He recalled an apricot dress with polka dots among his grandmother’s favorites.

“She’s still alive at 101,” he said. “I was just feeling that and it has the glamour that I love. I was surrounded by women who got dressed every day. It was lipstick. It was hair and makeup every day.”

He wanted this spring-summer collection to be “very strong and powerful,” but sexy, too.

There were looks in barely there black lace, tiny bra tops paired with trousers and full skirts, and body-hugging slinky dresses with cut-outs from neck to calf. As Marina sang from a platform at the end of the runway, models of all sizes also walked in classic evening looks in black and white, including one-shoulder dresses with a single long sleeve and a slice of bared midriff. Other looks were adorned with vertical rows of feathers.

“I love that. I miss that,” Siriano said of his touch of drama and old-world glam. “I think that’s what people miss about fashion, too. We have friends that are going to, like, a birthday party and they want a gown. It’s so interesting to see what we were missing.”

Fashion, he said, “is in a really hard place” at the moment.

“Business is really struggling everywhere. It’s nowhere near what people used to shop. But luckily, for our world, people really are looking for that aspirational piece. They’re spending more than ever on that,” said the designer. “My best friend just got married. She canceled her wedding three times. I made her the biggest dress I could possibly make her. She wanted it. She’s a curvy girl, and pregnant, and she was like, ‘I don’t care.’”