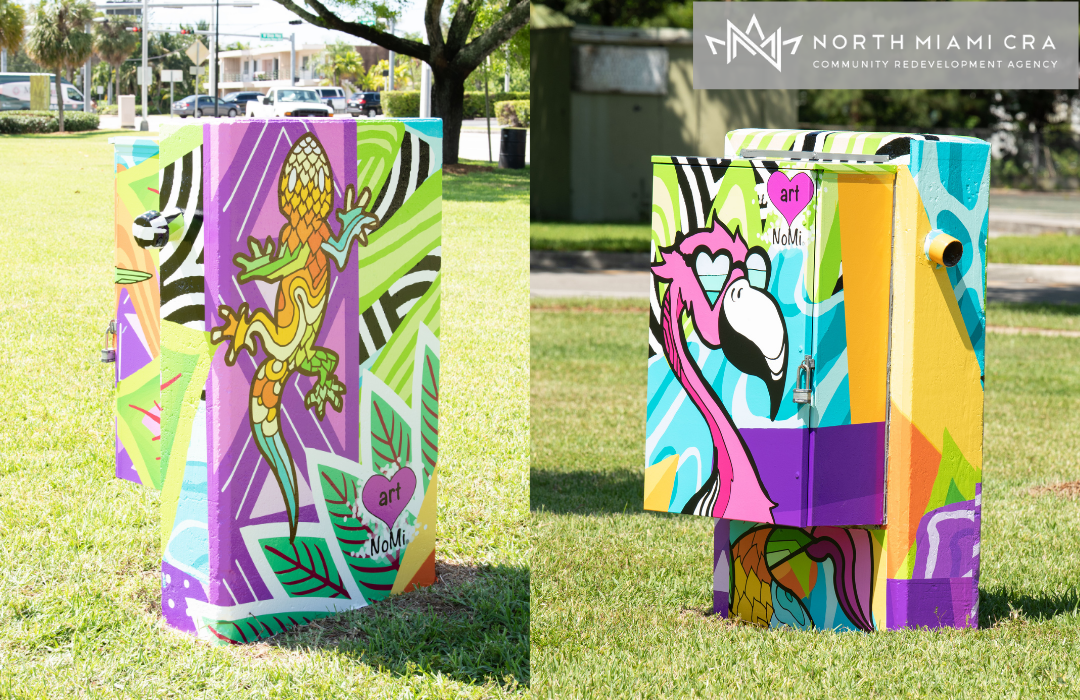 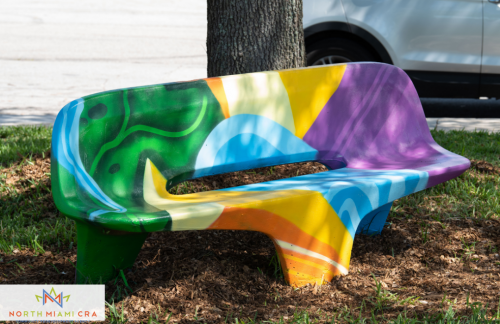 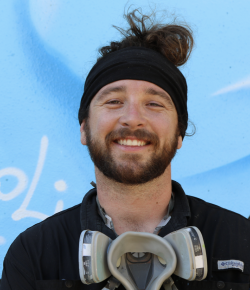 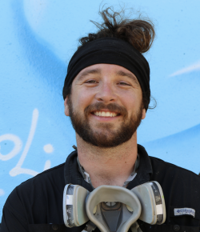 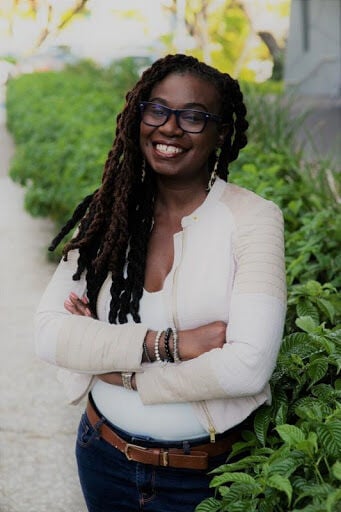 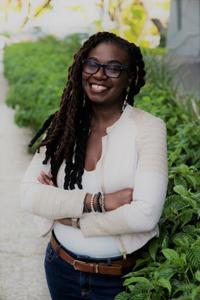 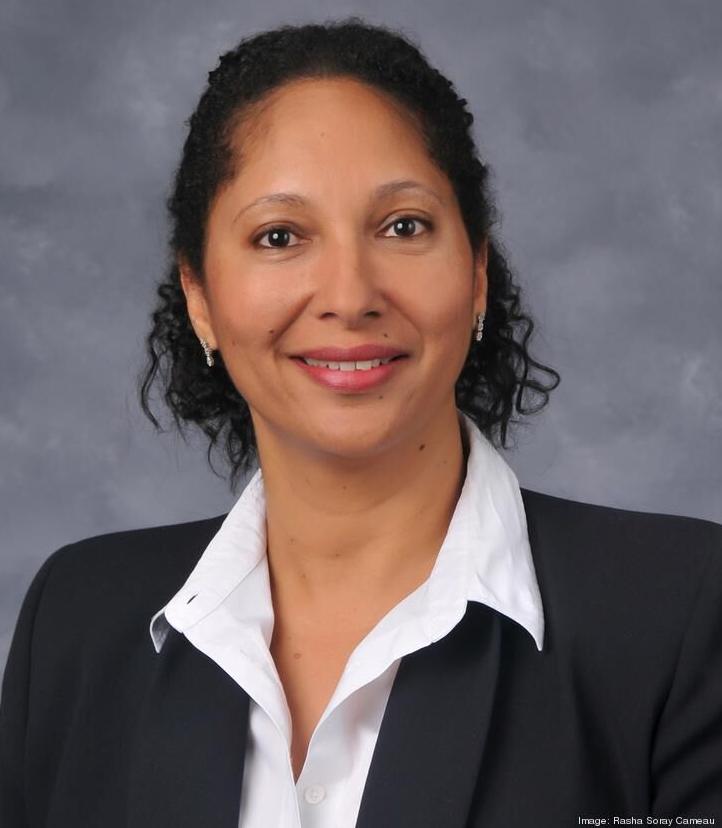 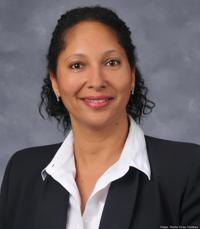 Helmed by newly named Public Arts Program Manager Michelle McKoy, this project is one of many coming to the city. Murals and public art have been popping up around North Miami for quite some time, such as in Liberty Gardens and outside the Museum of Contemporary Art (MOCA).

“I’m looking forward to working with innovative artists and implementing public art that reflects the diversity of North Miami. Infusing energy on multiple levels is what art does, and I’m fortunate for the opportunity to navigate this terrain using expressive art modalities,” said McKoy.

For the latest project at Griffing Park, Koebel (aka Raw.Sol) had to work quickly, having been alerted about the Art in Public Places Program’s call for artists just a week before the deadline.

“My dad, who is a Realtor in North Miami, and a fellow artist I know that does work with juvenile detention centers both sent me the information, saying they immediately thought of me and encouraged me to apply,” said Koebel.

He quickly checked out the call and saw what the CRA was looking for and trying to have done. He let the idea simmer in his head to get the juices flowing. He automatically knew the artwork had to be fun, uplifting and something that celebrated the local environment.

“I incorporated Caribbean influences like native plants and animals to celebrate the natural environment of South Florida when creating the designs,” said Koebel.

He created a mock-up in about two to three days with the final designs taking about four days. The designs were then presented for approval and he got to work. His colorful art was unveiled at Griffing Park on April 30.

This project is not his first for North Miami. Koebel’s murals grace the Mary’s LB pet food store on West Dixie Highway, and one of the walls of the Taco Bell on NE 125th Street.

“Just like with the big murals, I wanted to do something bright and dynamic that catches the passersby eyes, and then when you step closer to it you really can see the details – like the shapes and plants, water and animals,” he said. “This project was also different because it was all design based.”

Koebel also worked closely with the city in vinyl wrapping the work at the park to ensure that the designs hold up to Miami’s weather elements.

Born and raised in North Miami, Koebel is excited to work in his hometown; he grew up right off 125th Street, one of the city’s main thoroughfares that runs through downtown. It brings him immense joy to experience the city’s growth, including the many events put on by the Museum of Contemporary Art (MOCA).

“It makes me happy to see the community bringing people together to celebrate our similarities and differences,” he said.

As a full-time artist since 2017, Koebel’s commissioned murals adorn walls in 10 different Florida cities and about as many states.

“Griffing Park was the first one because it is city-owned and so made for a quick implementation,” said Rasha Cameau, executive director of North Miami’s CRA. “Our North Miami Chief of Police Larry Juriga was instrumental in getting this initiative started.”

Koebel won the commission out of 23 submissions. He was chosen by a six-member art selection committee comprised of stakeholders in the community.

Those members are McKoy; Geo Darder, founder of the Copperbridge Foundation; Amanda Covach, curator of Education at MOCA; Christine Carney, assistant director of the City of North Miami Parks & Recreation; Doris Metzer, president and CEO of DM Art Enterprises; and Rose-Philippe Coriolan, producer and host of the “Cinema Verite” radio show on WSRF 1580 AM/99.5 FM.

“We want to do a sculpture garden on the median on Pioneer Boulevard and painted crosswalks … to slow traffic down,” said Cameau. “There will be a call to artists for these as well.”

Later down the road, they will work with private property owners along 125th Street to create sustainability murals.

All commissioned pieces are required to include a specially designed NoMi heart to distinguish them as Art in Public Places projects.