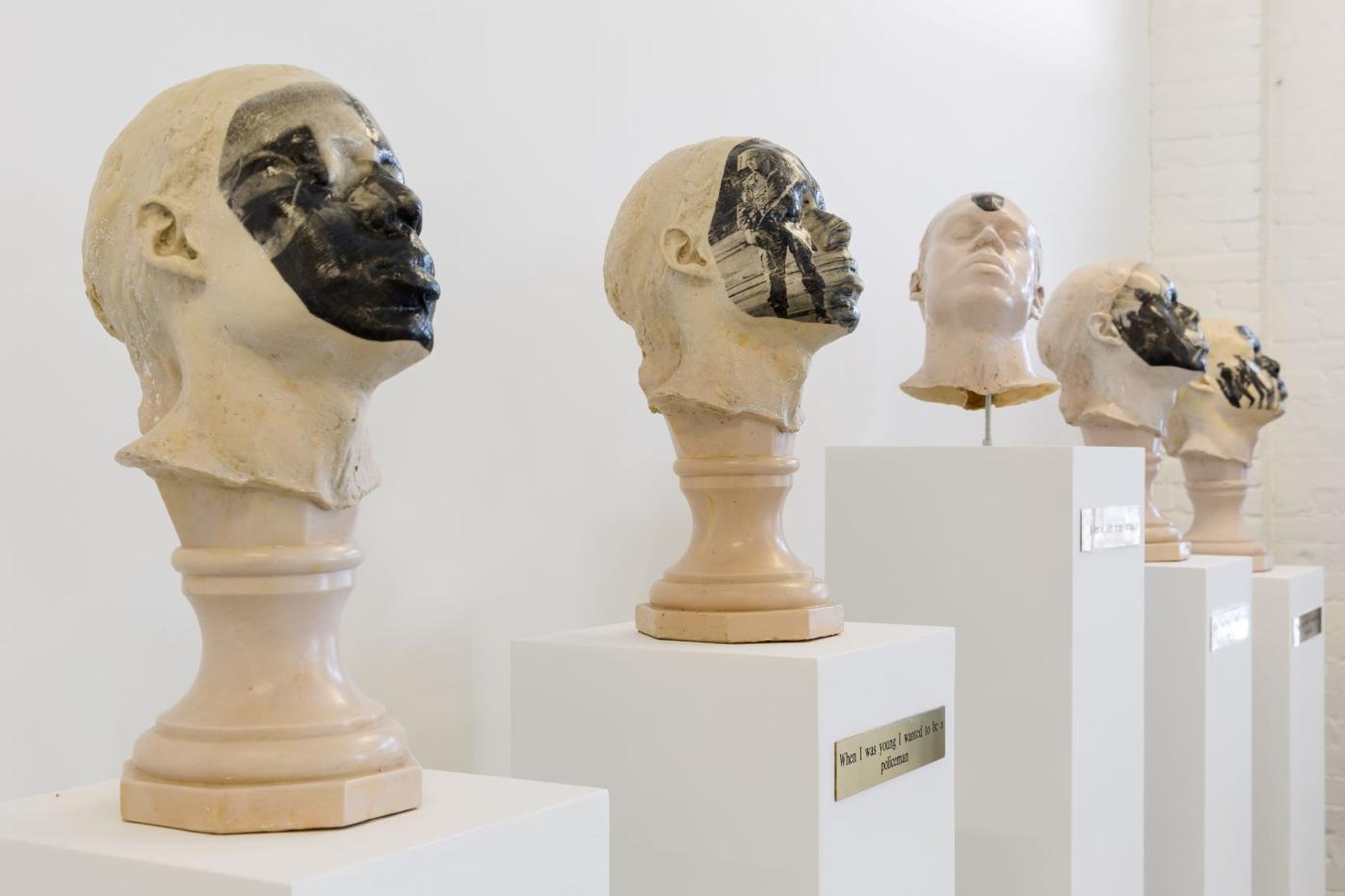 This photo by Etienne Frossard shows Michael Richards’ work, “A Loss of Faith Brings Vertigo” (1994), which will be part of the latest exhibit at the Museum of Contemporary Art, North Miami. 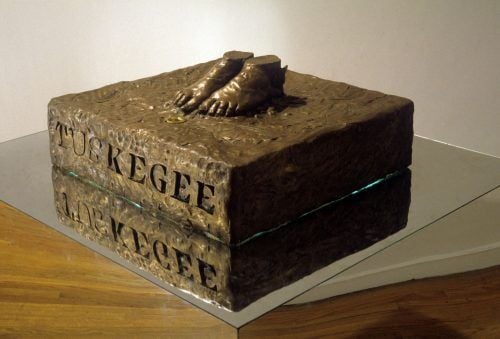 “The Great Black Airmen (Tuskegee)” references the first Black military pilots in the United States, while offering commentary on the “Tuskegee Syphilis Experiment.” 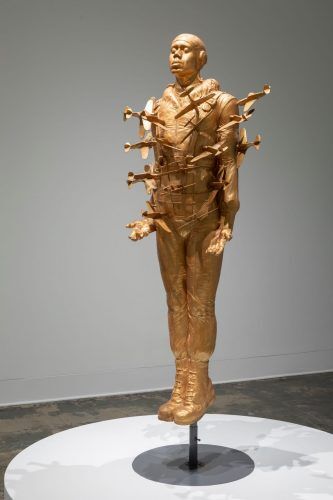 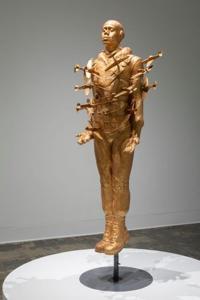 “Tar Baby vs. St. Sebastian” (1999), shown in this photograph by Henrik Kam, depicts a life-sized likeness of Richards as a Tuskegee airman impaled by miniature planes. 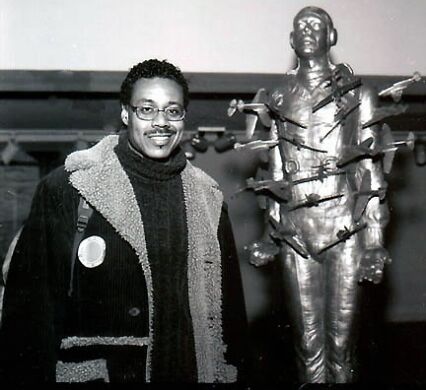 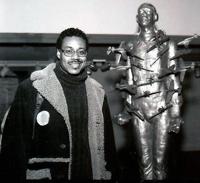 Michael Richards in front of his creation, "Tar Baby vs. St. Sebastian."

Artist Michael Richards, who lost his life in the World Trade Center terrorist attack on Sept. 11, 2001, had a special connection to South Florida.

It was where he debuted his largest solo exhibition at the now-defunct Ambrosino Gallery, just across the street from the Museum of Contemporary Art, North Miami (MOCA). It’s fitting then that MOCA, at 770 NE 125th St., is the site of a new exhibit featuring the late artist's artwork.

“This is a homecoming of sorts,” says Alex Fialho, co-curator of the exhibit. “This is a major opportunity to see all of the work that Michael created in his lifetime in one exhibition, including at least four newly conserved large-scale sculptures.”

The exhibit, available through Oct. 10, will mark the first time that many of Richards’ pieces will be on display since his untimely passing. The museum has planned free online programming as well, including children’s events, conversations with the curators, and virtual tours.

“Michael Richards: Are You Down?” (named after one of his pieces) was a labor of love for its co-curators, Fialho and Melissa Levin, who discovered the artist after writing an essay about him for an unrelated project.

“It piqued our interest … so, at the end of 2015, we embarked on a journey of trying to curate an exhibition dedicated to his work,” Levin says.

Their research included speaking with those who knew him best.

“Every conversation was a revelation,” she says. “Some were lighter than others, and some were really emotional. As you can imagine, for some people, it really was the first time that they were opening up about Michael since his passing.”

Eventually their efforts led them to Dawn Dale, Richards’ cousin and the steward of his estate. There, in her garage, they discovered a treasure trove of items, some of which had never been on display.

“It turned out that Dawn had been holding on to unopened boxes containing Michael’s artwork and other ephemera since his passing in 2001,” Levin says.

Their visit caught Dale by surprise: “It was unexpected, but it was nice that somebody cared about him and his art.”

Though she admits that she’d had a limited interest in her cousin’s artwork while he was alive, she has become the standard-bearer for his legacy after his death.

Richards was an artist-in-residence at the Lower Manhattan Cultural Center in the Twin Towers, working on one of his projects when the planes hit.

Dale said she’d had no idea that he was there, thinking he was in Harlem instead. “I was devastated,” she says.

Dale pushed through her grief and immediately went to work retrieving his artwork and gathered them in a centralized location. When one of his sculptures was in danger of being thrown away, she says she sprang into action and saved it.

“That’s my favorite,” Dale says. “That’s the one with the planes flying into him.

“You look at it and you see Michael.”

Entitled “Tar Baby vs St. Sebastian,” the piece is particularly poignant, especially when viewed through the lens of the Sept. 11 attacks. The life-sized likeness of Richards depicts a uniformed Tuskegee airman impaled by miniature US P-51 Mustang planes.

“I think that is one of the most important contemporary artworks of the last 50 years, ” says Dennis Scholl, president and chief executive officer of Oolite Arts.

The Miami Beach-based organization, which offers a $75,000 annual award in his name, produced the film “Are You Down?” to be shown at the exhibit.

Oolite’s relationship with Richards dates back to 1997, when he started there as an artist-in-residence. He produced the “Tar Baby” piece at Oolite Arts, as part of the National Foundation for Advancement in the Arts program.

Scholl says the sculpture is just one example of how Richards’ artwork has sparked conversations on topics that continue to affect us today.

“Michael was so far ahead [of his time] and so dialed in to the kinds of issues that now we are all talking about,” he says.

While exploring the effects of social inequity and racial injustice is paramount, the curators also hope that the exhibit is seen as an opportunity to learn more about the artist.