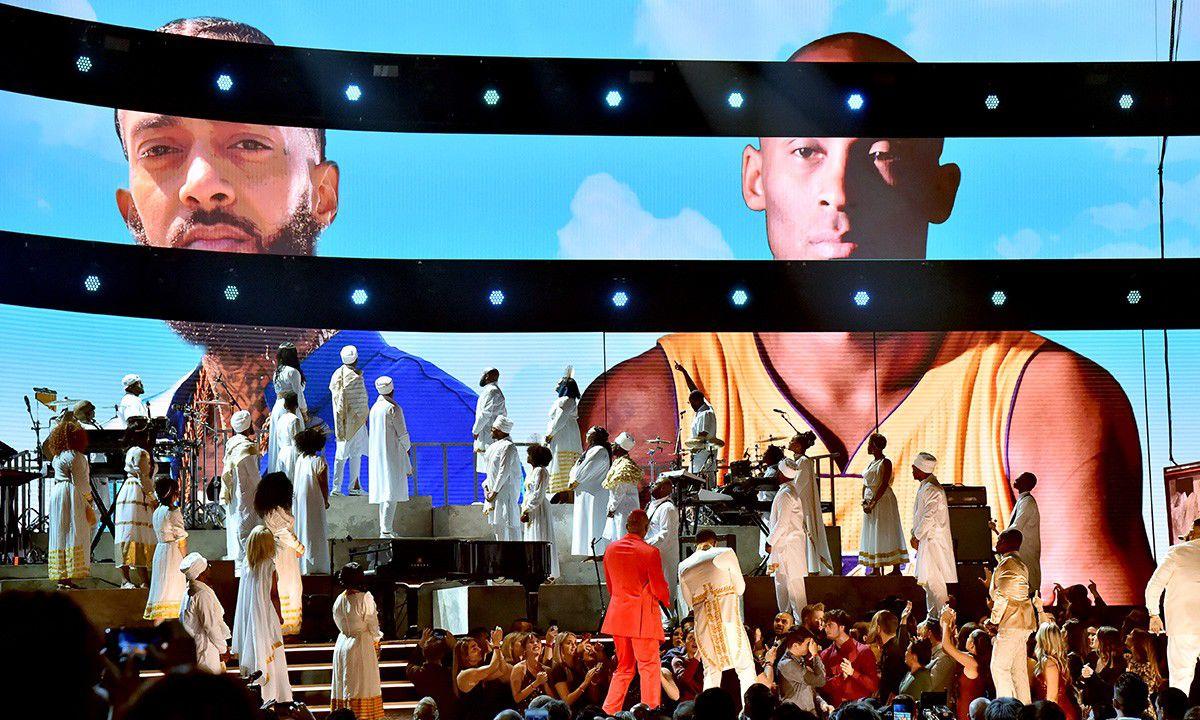 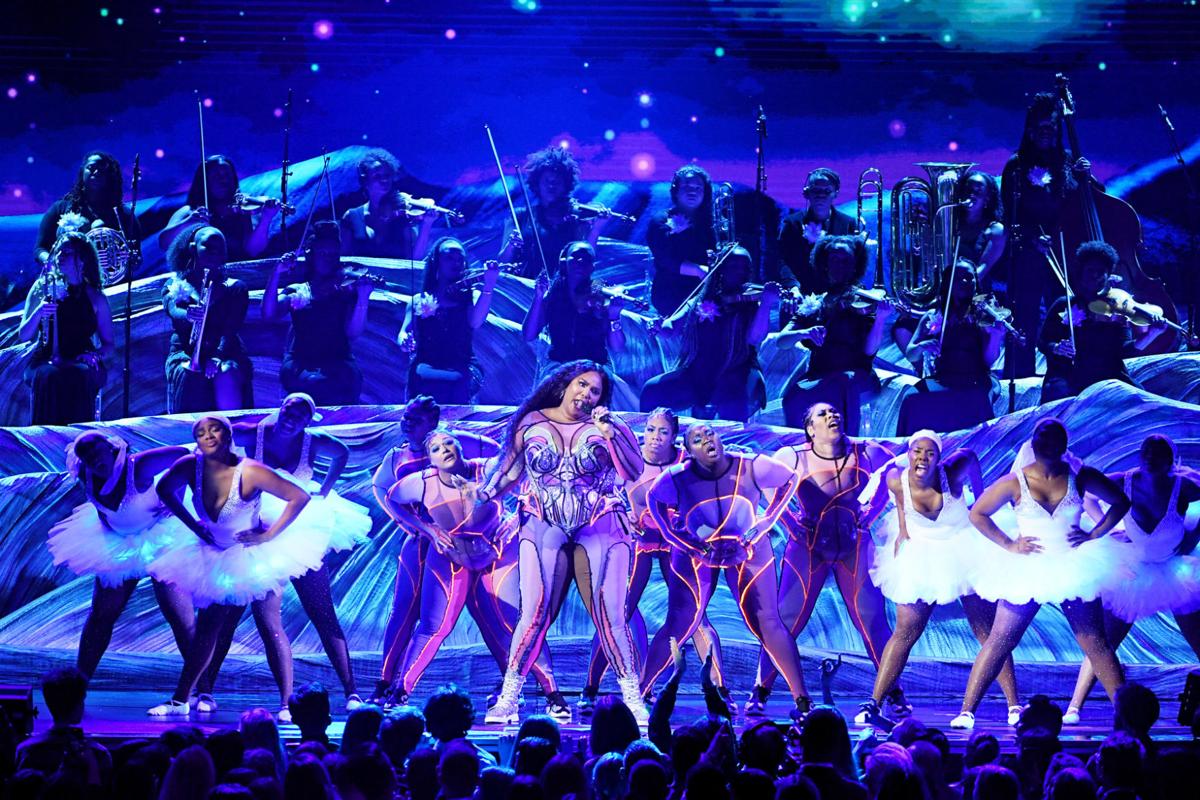 Lizzo takes the stage for the opening performance of the 62nd Grammy Awards. 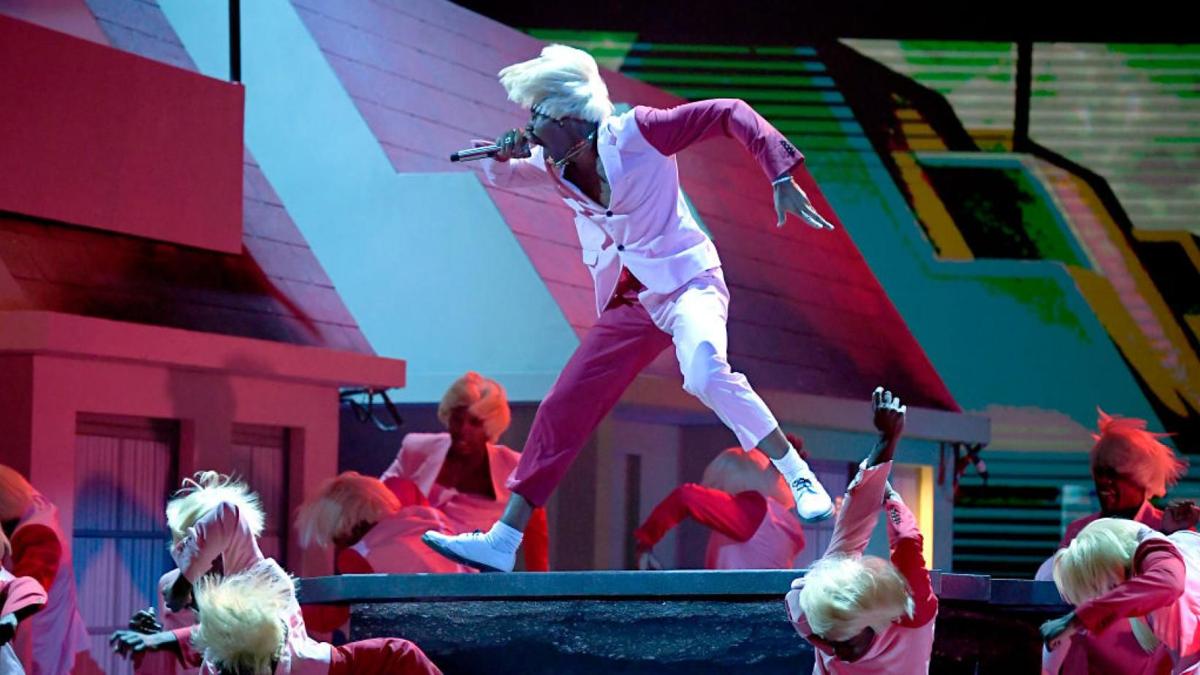 Tyler, the Creator performing his 2019 hit “NEW MAGIC WAND” off his album, “IGOR.”

FKA twigs dances alongside Usher for his Prince tribute performance at the 62nd Grammys.

The biggest night in music was met with some somber news.

Stars hit the red carpet for the 62nd Grammy Awards Sunday night following the tragic news of Kobe Bryant’s and his 13-year-old daughter Gianna’s deaths in a helicopter crash.

The musical event was held at the Staples Center in Los Angeles, the same space Bryant played during his 20-year NBA career with the Los Angeles Lakers.

Throughout the night, artists paid tribute to Bryant, his family and the other reported seven victims of the crash in their performances, award presentations and acceptance speeches.

The awards aired on CBS and was hosted by Alicia Keys for the second consecutive year.

Lizzo opened up the night with an electrifying performance alongside Black ballerinas who transitioned into an all-star pop and lock dance team.

The “Truth Hurts” singer showed off her multi-talents from her eye-catching moves, passionate vocals and symphonic flute-playing.

“This one’s for Kobe,” she said, paying tribute to the late athlete at the beginning of her performance.

Tyler, the Creator’s performance opened with he alongside Charlie Wilson, who sang the chorus to Tyler’s hit single “EARFQUAKE” off his 2019 album “IGOR.”

After, the rapper took center stage, dressed in his iconic blonde bob wig and light-pink suit, to perform his other banger off the album, “NEW MAGIC WAND.”

Tyler was joined with dozens of Black male dancers mirroring his look as he delivered a heart-pumping, high-energy performance that was pulsating enough to be felt by viewers watching at home.

Other memorable performances worth mentioning include, old schoolers RUN DMC and Aerosmith sharing the stage in performing their 1985 joint hit “Walk This Way”; H.E.R. laying out her pipes and killing it on the keys and guitar; Demi Lovato’s emotional, heartfelt comeback performance debuting a song she wrote four days before her near-death drug overdose in 2018; and Lil Nas X taking the audience on a tour of “Old Town Road” remixes with K-pop group BTS, viral 13-year-old yodeler Mason Ramsey and country music star Billy Ray Cyrus.

Singer and early 2000s king of R&B Usher gave a Prince tribute honoring the songs of the late “Purple Rain” singer. Although the R&B icon looked just as vibrant and chiseled as he did during his “Confessions” days, some fans on twitter couldn’t say the same about his energy during his performance.

“Seeing Usher give tribute to Prince, just reminded me that there will never be another Prince," @BenBoogie22 tweeted.

"It’s a valiant effort, but no one does Prince like Prince," @LermanScott tweeted.

Although some thought his performance was unmatched to Prince, others praised Usher’s vocals to Prince's greatest hits, including "Kiss" and "When Doves Cry." He was joined by musician Sheila E. on the drums, and things spiced up when Grammy-nominated singer FKA twigs performed on a pole and danced on stage.

Meek Mill, Roddy Ricch, DJ Khaled, YG and John Legend performed their hit single, “Racks in the Middle” featuring the late Nipsey Hussle to pay respects to the rapper who was murdered in 2019.

A picture of the two were displayed on the stage monitor at the end of the performance.

The ‘Black Excellence’ levels were at an all-time high with this year’s winners in music. Lots of fresh faces took home wins this year and received numerous nominations across various top categories. Take a look at the list of 2020 Grammy-award winners.