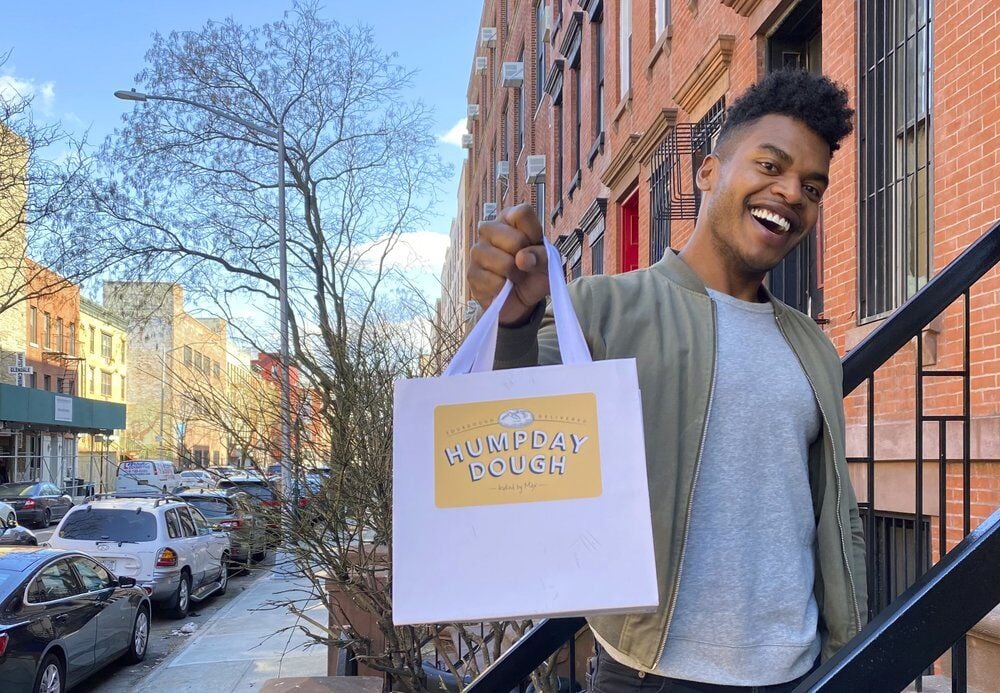 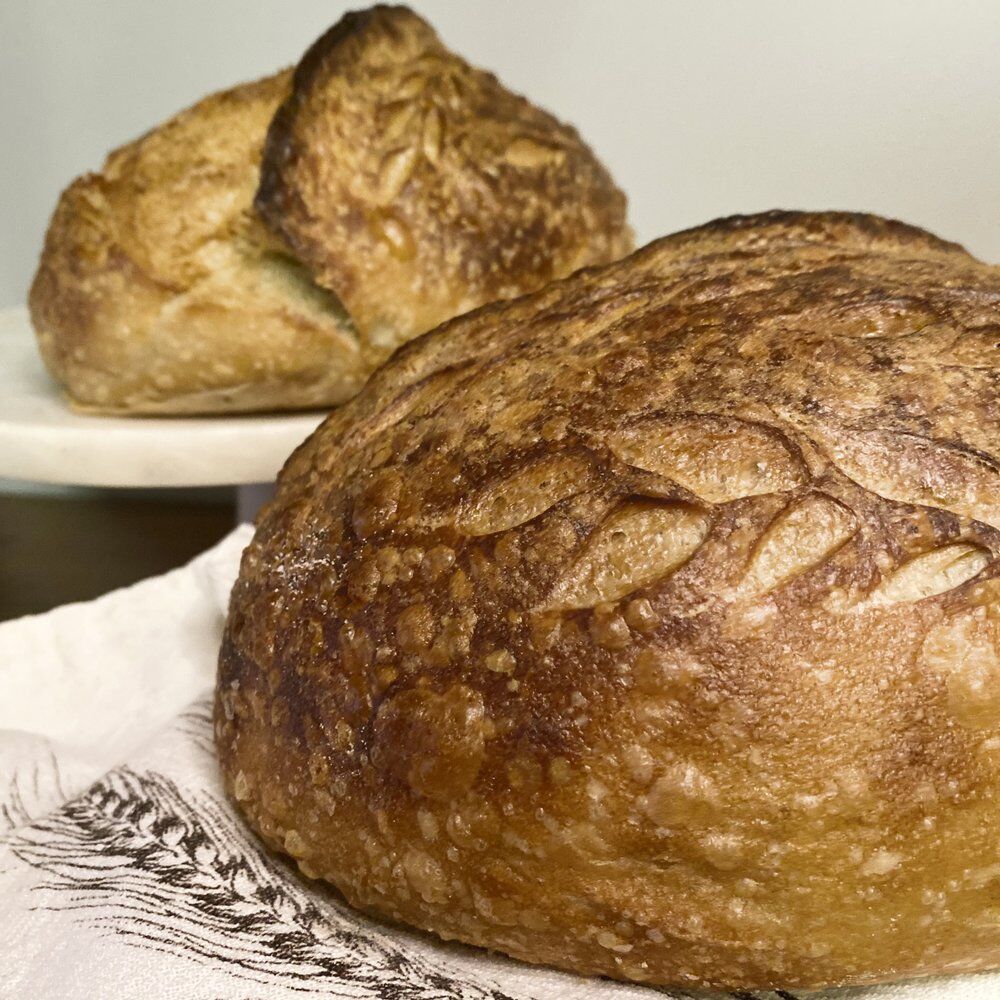 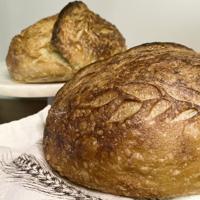 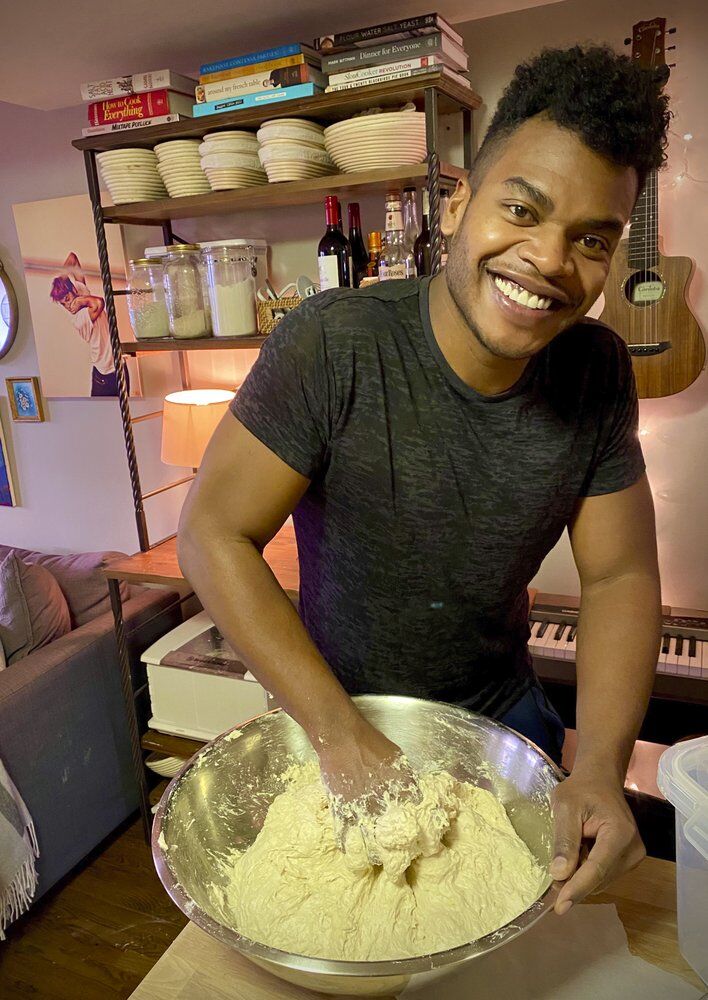 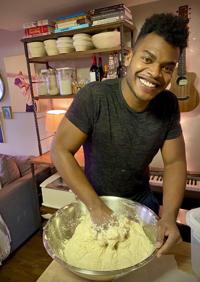 A year ago, Max Kumangai was dazzling crowds with a jolt of live Broadway excitement. Now he’s doing it with his bread.

The triple threat from the musical “Jagged Little Pill” has leaned into a fourth skill as the pandemic marches on: baking and selling his own sourdough.

From his Manhattan apartment, Kumangai delivers $15 bread loaves or $8 focaccia slices from his Humpday Dough company on foot or via subway.

“I wanted to make connecting with people – at a time when it was difficult to connect – a part of the business,” he said. “It’s feeding me figuratively and literally.”

With TV and film sets slowly gearing back up a year after COVID-19 hit, Broadway theaters are still shuttered with no end in sight. That means people who make their living in live entertainment have had to be creative.

One stage manager launched Stagedoor Candle Company, a line of fragrance products inspired by Broadway musicals. And there’s an eBay marketplace selling Broadway memorabilia to help artists put something in their pockets.

“This is a paycheck-to-paycheck profession. We are workers,” said Laura Benanti, a Tony winner. “It’s really deeply upsetting to me that there are so many people suffering, unable to feed themselves. They don’t have savings.”

According to a new report from the New York State Comptroller, employment for New York City workers in the arts, entertainment and recreation sectors fell 66% during the pandemic.

The drop – from 87,000 jobs in February 2020 to 34,100 jobs just three months later – marks the largest employment decline out of all sectors in the city’s economy. It has left Broadway workers, many who have lost health insurance, living on side gigs, stimulus checks and unemployment assistance.

Since March 2020, the national human services group The Actors Fund has distributed more than $18 million in emergency financial assistance to more than 15,000 people in the entertainment industry.

“I’ve had a lot of friends who just picked up and relocated and moved to different states, because we’re staying in one of the most expensive states in the country,” says Jawan M. Jackson, a star of “Ain’t Too Proud – The Life and Times of The Temptations.” He pivoted to putting out a single, filming a movie and got into commercials.

He wishes government leaders would do more.

“We kind of feel like we are just afterthoughts,” said Jackson. “I just wish they would have been a little bit better during the shutdown for us because of the predicament that we’re in. But hopefully it’s going to change. We’ll see.”

Others are more blunt.

“These artists need to be protected. They need to be supported. This is dire straits right now,” said Tom Kitt, a Pulitzer Prize-winning composer. “This is the lifeblood of this city.”

Theater work even without a pandemic is usually a piecemeal existence. Shows rarely run for years and workers live a nomadic existence, jumping to new productions every few years. These days, they’re even more piecemeal, since people who make live theater will clearly be the last back at work.

“You pick up things where you can. I know a lot of people that have taken on side gigs when they can. A lot of people have gone back to school,” said Derek Klena, a Tony nominee. “You do what you can to get by.”

In 2019 according to the comptroller, the average salary among actors in the city was $65,756, with musicians and singers bringing in $43,966. Despite the pandemic, New York City remains the second-highest rental market in the United States, with one-bedroom median rent at $2,460 in March.

Musician Andrew Griffin had landed a great gig playing viola for “Ain’t Too Proud” when the pandemic shut down the steady job. He has cobbled together a few live concerts, composed for a dance company and done some consulting work. He’s seen people selling their instruments and their cars. One woman close to him has even sold her eggs.

“It’s definitely been very challenging and very stressful in a lot of different ways,” said Griffin.

And yet he refuses to let it stop him from making art. He recently teamed up with violinist Danielle Giulini for a video that puts the last year in perspective as they perform Handel-Halvorsen’s “Passacaglia.” He notes that what has held America together and safe during this lockdown year is art – Netflix, Spotify and all the streaming options.

“I’ve clawed my way to paying those bills each month,” said Pascal, a Tony nominee for “Rent” who has made his own rent this year teaching masterclasses and with concerts. “Pivoting in whatever way I’m able to pivot.”

Tony Award-winning Jefferson Mays snagged a part in Hollywood alongside Denzel Washington for Joel Coen’s “Macbeth,” but he also found himself recording audio books in an “alcove in our house stuffed with pillows and sofa cushions.”

Kumangai doesn’t want to give up his side hustle when Broadway restarts. Baking is a passion and he hopes to continue doing it even with an eight-shows-a-week schedule. He credits making bread for giving him back a sense of joy. He’s also been struck by the warm embrace – virtual, of course – from fellow Broadway workers, who are buying up whatever his apartment oven produces.

“This community is still alive and bubbling, just like my sourdough starter,” he said with a laugh. “We’re all here for each other.”