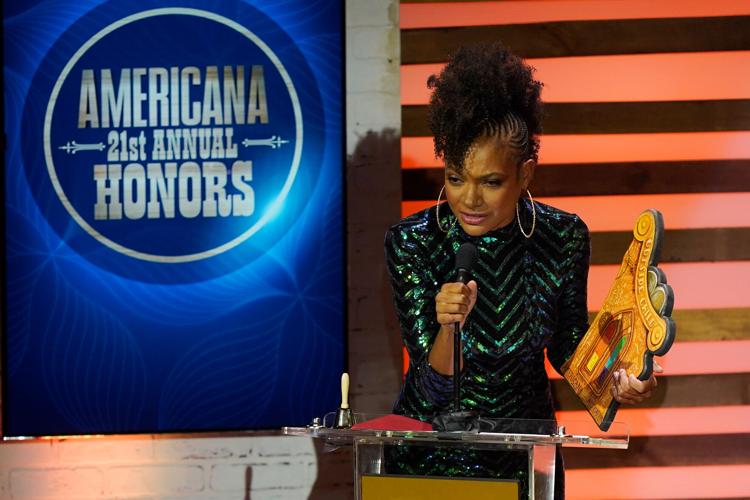 Allison Russell accepts the award for Album of the Year at the Americana Honors & Awards show Sept. 14, 2022, in Nashville, Tenn. 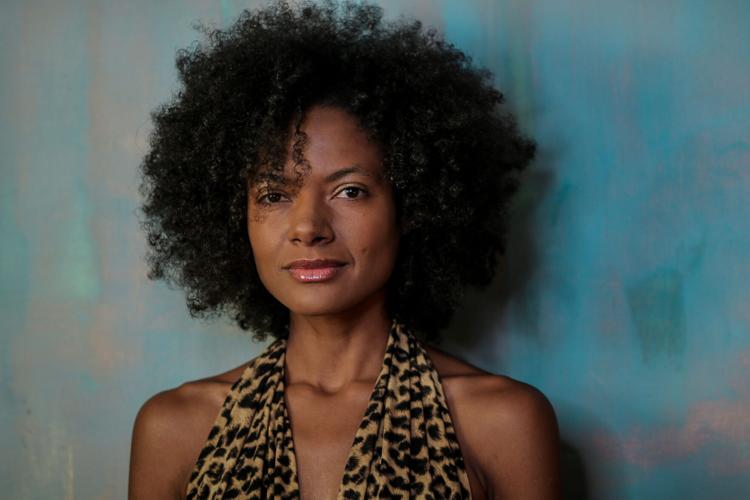 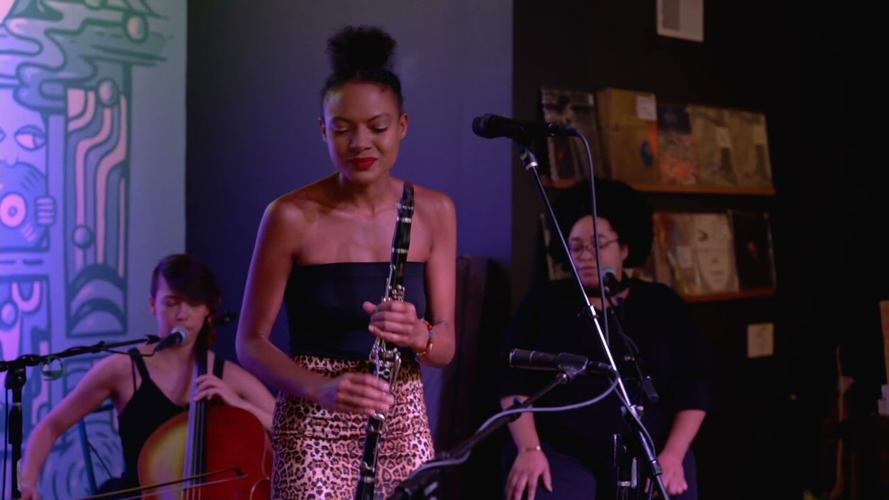 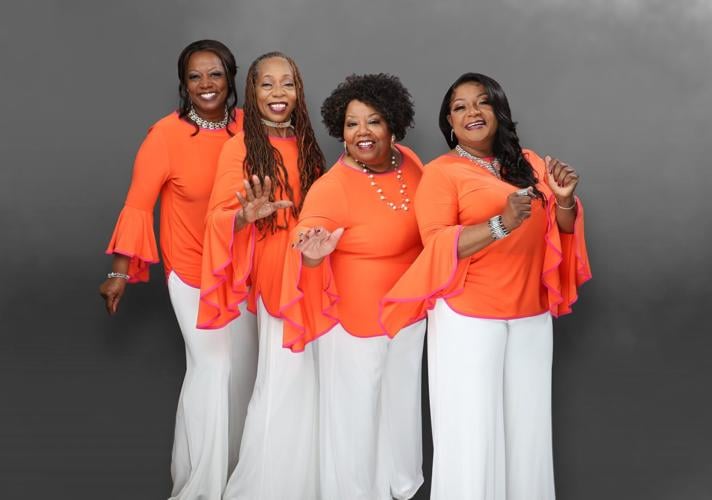 Gospel group The McCrary Sisters honored their sister Deborah, who died in June, with a stirring performance of “Amazing Grace” during the Americana Honors & Awards show. 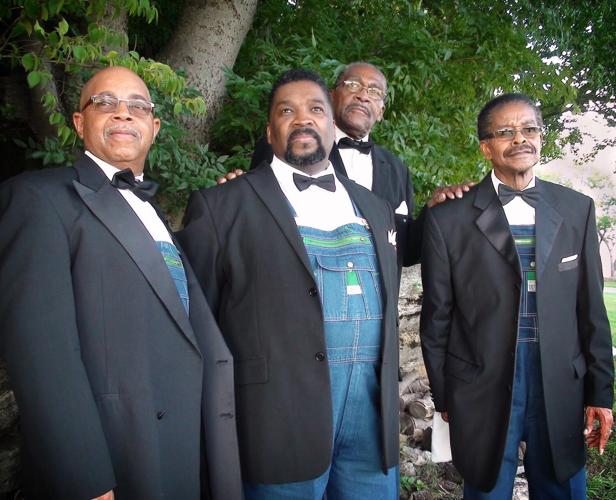 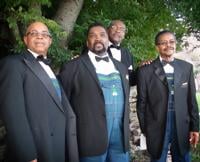 The Fairfield Four was honored with the Legacy of Americana Award for preserving traditional Black a cappella gospel music.

Canadian singer-songwriter Allison Russell won album of the year for her debut solo record “Outside Child,” while bluegrass guitarist Billy Strings won artist of the year at the Americana Honors & Awards.

Russell, whose starkly beautiful album touches on abuse she suffered as a child and her survival, said she heard common themes of community, family, unity and belonging in many of the speeches made during the award show in Nashville, Tenn.

“I feel so honored to be part of this community, to be in a creative communion with my producer, Dan Knobler,” she said.

In a tearful speech, she thanked her friends, family and fellow nominees and said that after spending her early years in foster care, she found her family in music.

“Music saved me; music saves me every day,” Russell said.

Hosted by the duo The Milk Carton Kids, the annual awards show held at the Ryman Auditorium celebrated the oft-misunderstood genre that mixes country, gospel, rock, folk, roots and blues. In addition to the winners, this year’s show gave out lifetime achievement awards to Don Williams, the gentle giant of country music, singer-actor Chris Isaak and pioneering duo the Indigo Girls.

Six-time Grammy winner Brandi Carlile won song of the year for “Right On Time,” which she wrote with her bandmates Phil and Tim Hanseroth and producer Dave Cobb.

“I really love the chill and challenge that I get every time I sing this song,” Carlile said.

Multi-instrumentalist Larissa Maestro won instrumentalist of the year and talked about other artists of color who had been nominated in that category in previous years and opened the door for her.

“I didn’t see people who looked like me for a lot of years,” she said. “This is really, really exciting.”

Husband-and-wife duo War and Treaty, made up of Tanya and Michael Trotter, won over the audience with the soulful duet “That’s How Love is Made,” and later won duo/group of the year.

“Our road has been long, it’s been hard, but it’s been worth it,” said Tanya Trotter.

“If you want to know what Americana music is,” added her husband, “it’s the sound of family.”

Russell, who is from Montreal, teamed up with Carlile for a performance in English and French of her song “You’re Not Alone.”

Another lifetime honoree was Al Bell, a music executive, record promoter and label owner who helped turn Memphis label Stax Records into a powerhouse, pushing the careers of artists like Otis Redding, Wilson Pickett, Isaac Hayes and the Staple Sisters. He wrote the hit “I’ll Take You There,” for the Staple Sisters and later went to work at Motown Records with Berry Gordy.

“I feel the spirit,” Bell told the crowd. “I don’t have the words in my grasp to express how I feel right now and how Americana music is making me feel.”

He noted that popular music has always been influenced by Black music, but he said that streaming and new technology threatens to eliminate that music.

“We have to come together to save our authentic music and art that comes from our culture,” Bell said.

“If you don’t have a great band, it’s no fun,” Isaak said, who praised his band during his acceptance speech.

Lovett, who has been out on tour this year with Isaak, then launched into a humorous love song for his tourmate as Isaak watched from side stage.

Amy Ray and Emily Saliers, who make up the folk duo Indigo Girls, were given the Spirit of Americana/Free Speech in Music Award for their longtime advocacy for LGBTQ+ rights, women’s health, environmentalism and voting during their decadeslong career.

The two spoke of being influenced by other women and activists in music, including Joan Baez and Joni Mitchell, and said that their work as outspoken advocates is just as important today.

“It is going to take years to undo the racism and homophobia that is woven into the fabric of this country,” said Ray.

The Fairfield Four, a harmony singing group that originated in the 1920s at the Fairfield Baptist Church in Nashville, was honored with the Legacy of Americana Award for preserving traditional Black a cappella gospel music. The Grammy-winning gospel group, best known for its performance in the film “O Brother Where Art Thou,” performed “Rock My Soul” during the show.

Prior to that performance, a moment of silence was held for Paul T. Kwami, who was the longtime musical director of the world-renowned Fisk Jubilee Singers. Kwami died in Nashville on Saturday at the age of 70.

Gospel group The McCrary Sisters, who are regular backup singers for the Americana Honors & Awards show, also honored their sister, Deborah, who died in June, with a stirring performance of “Amazing Grace” that had the audience in the Ryman Auditorium up on their feet. To close out the show, the group led the audience in a toe-tapping version of “I’ll Take You There,” as award winners Russell and Ferrell danced and sang backup.