Skip to main content
You have permission to edit this article.
Edit
About Us
News
Opinion
Business
Living Black
Sports
Obituaries
Digital Edition
Subscribe
ADVERTISE WITH US!
Share This
1 of 11 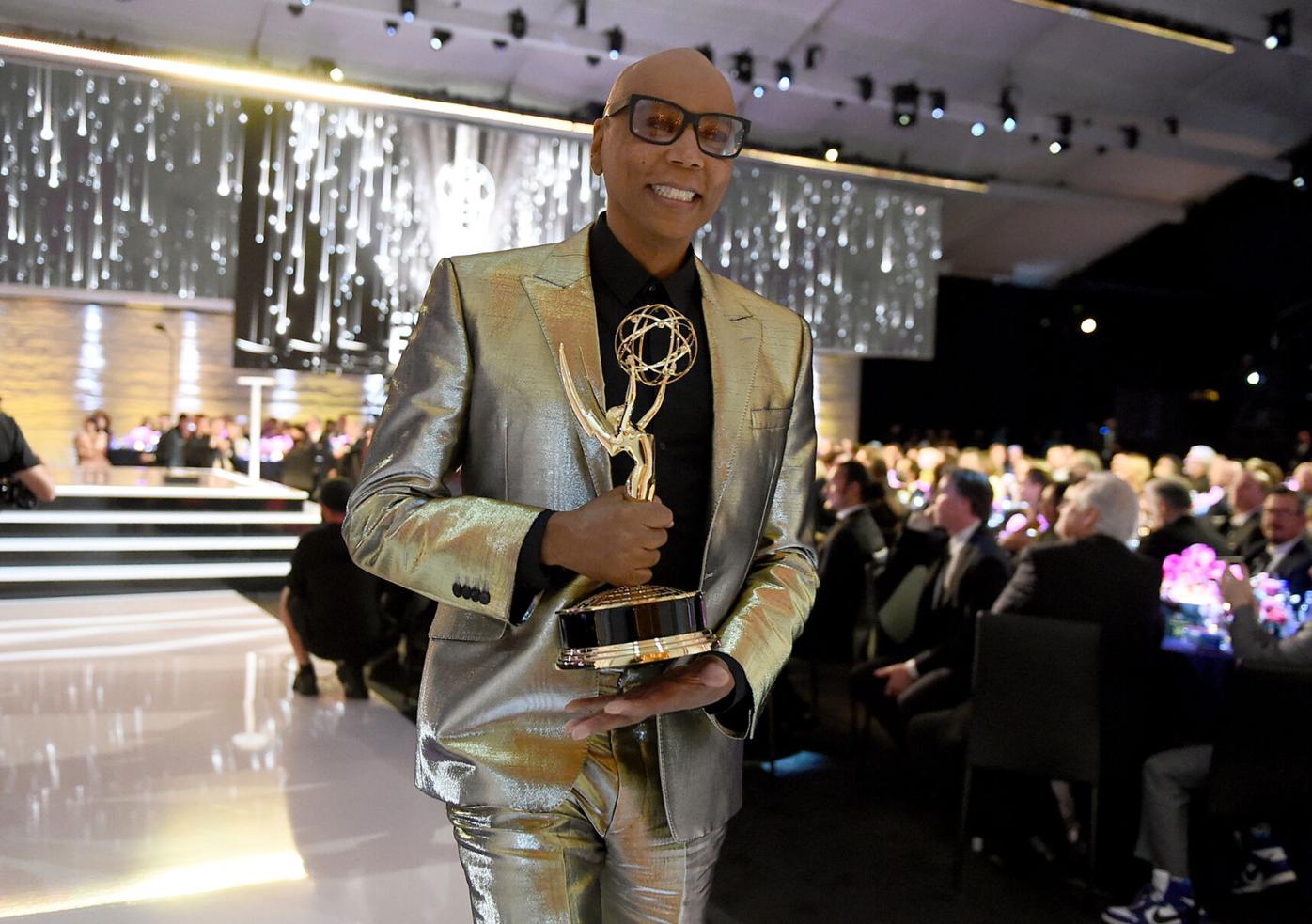 RuPaul accepts the Emmy for outstanding host for a reality or competition program for “RuPaul’s Drag Race” during the 2021 Creative Arts Emmy Awards. 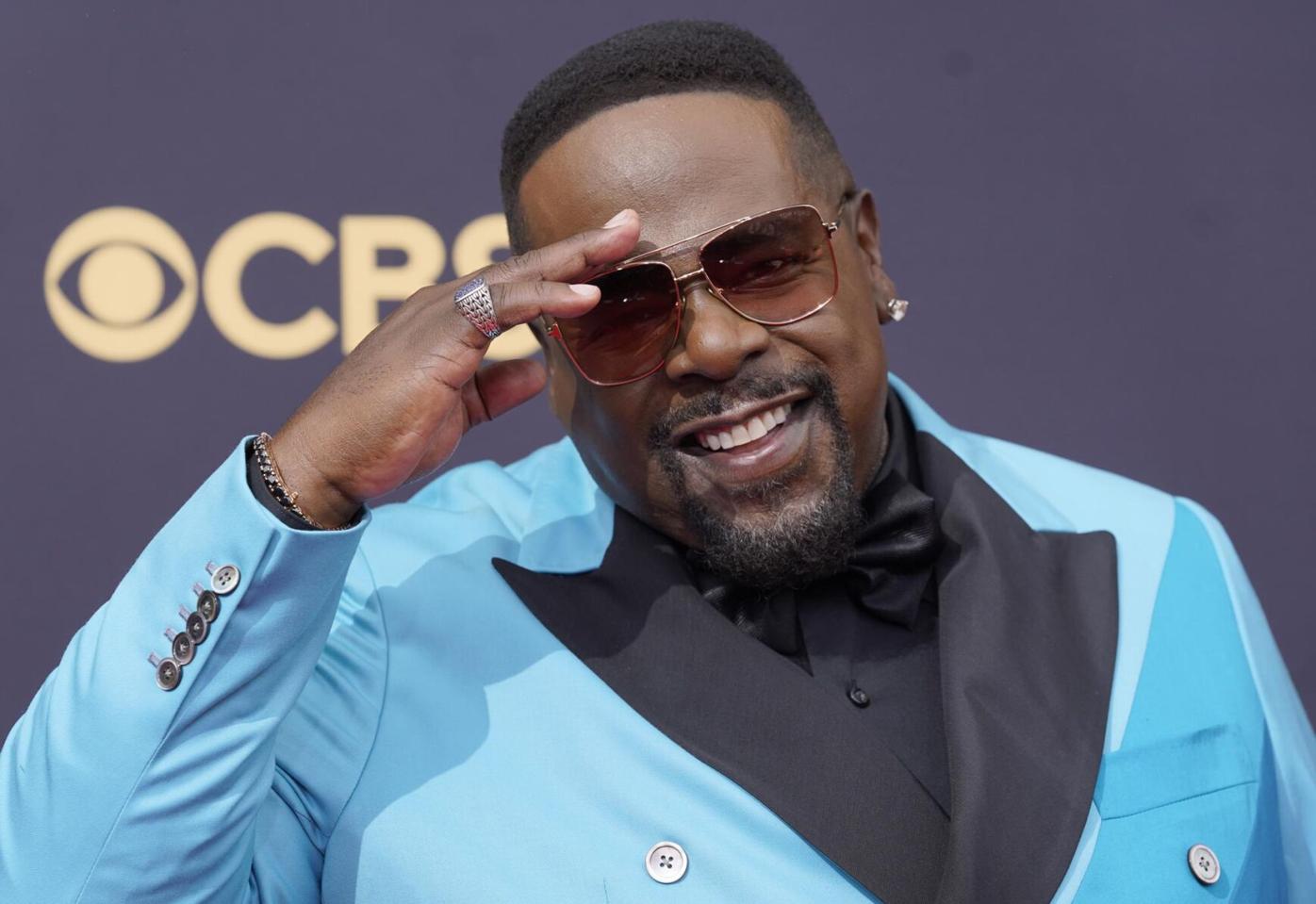 Cedric the Entertainer served as the host of the 73rd Primetime Emmy Awards. 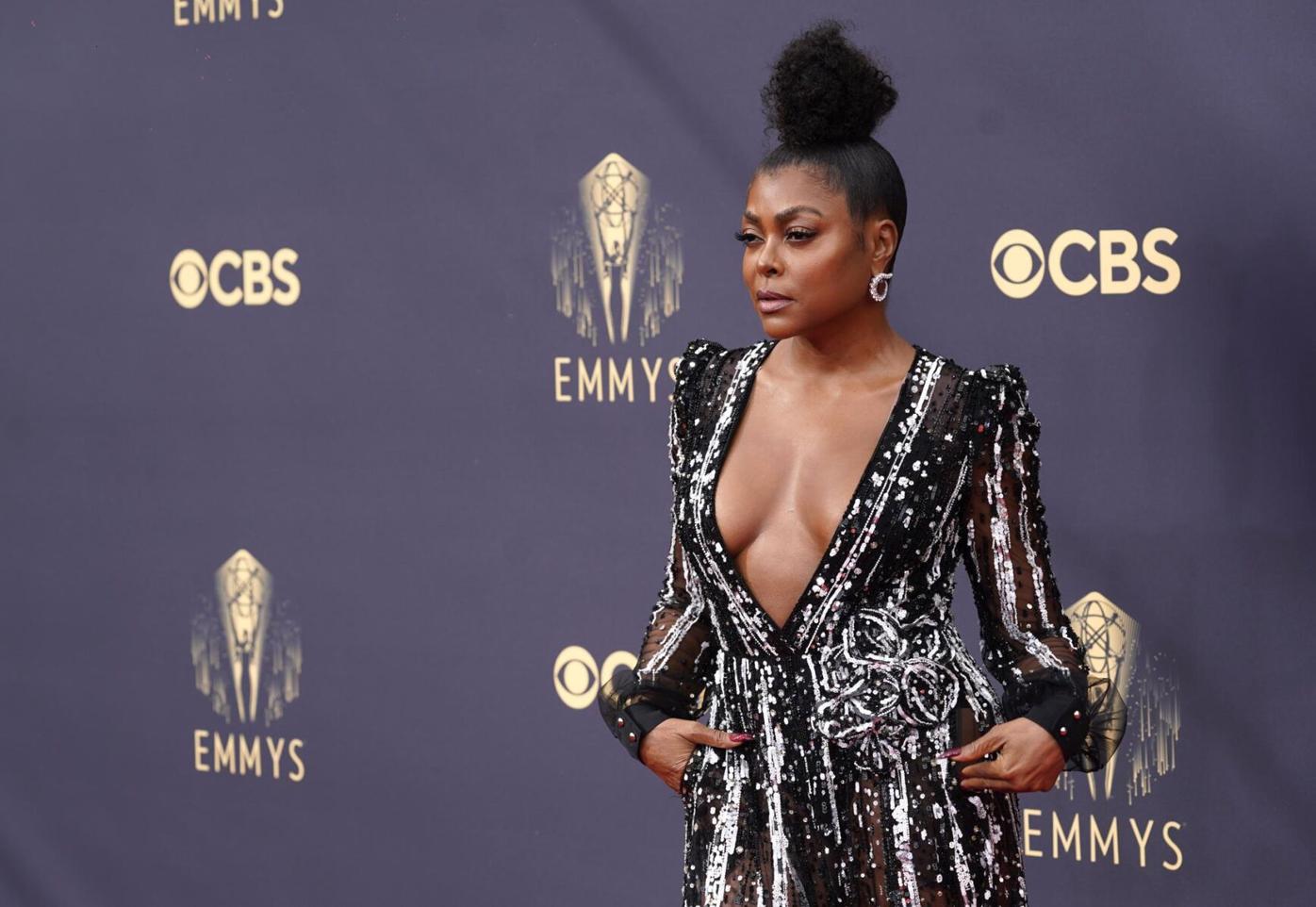 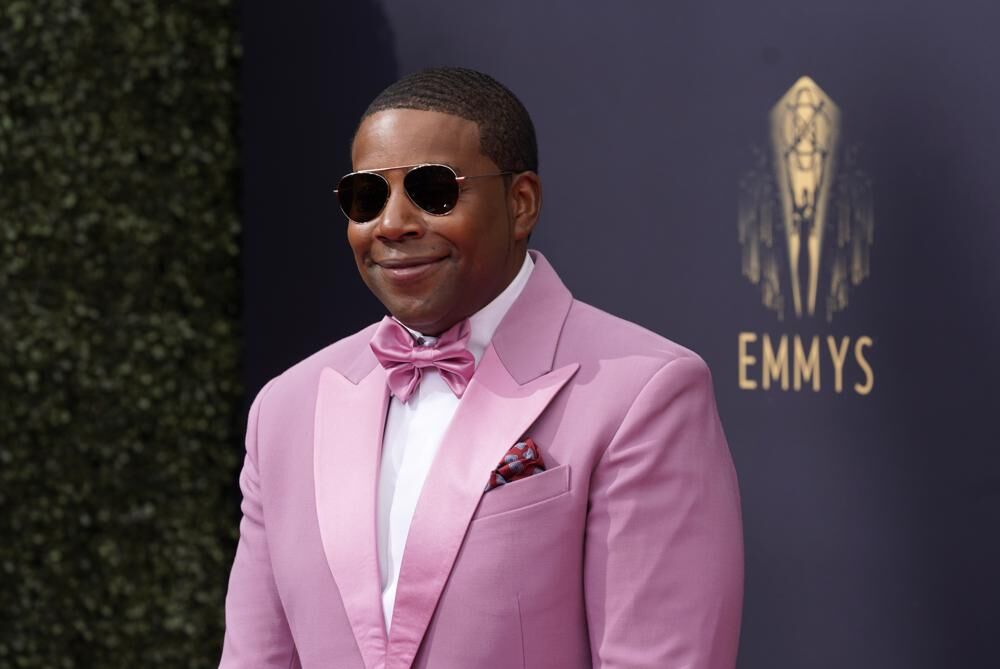 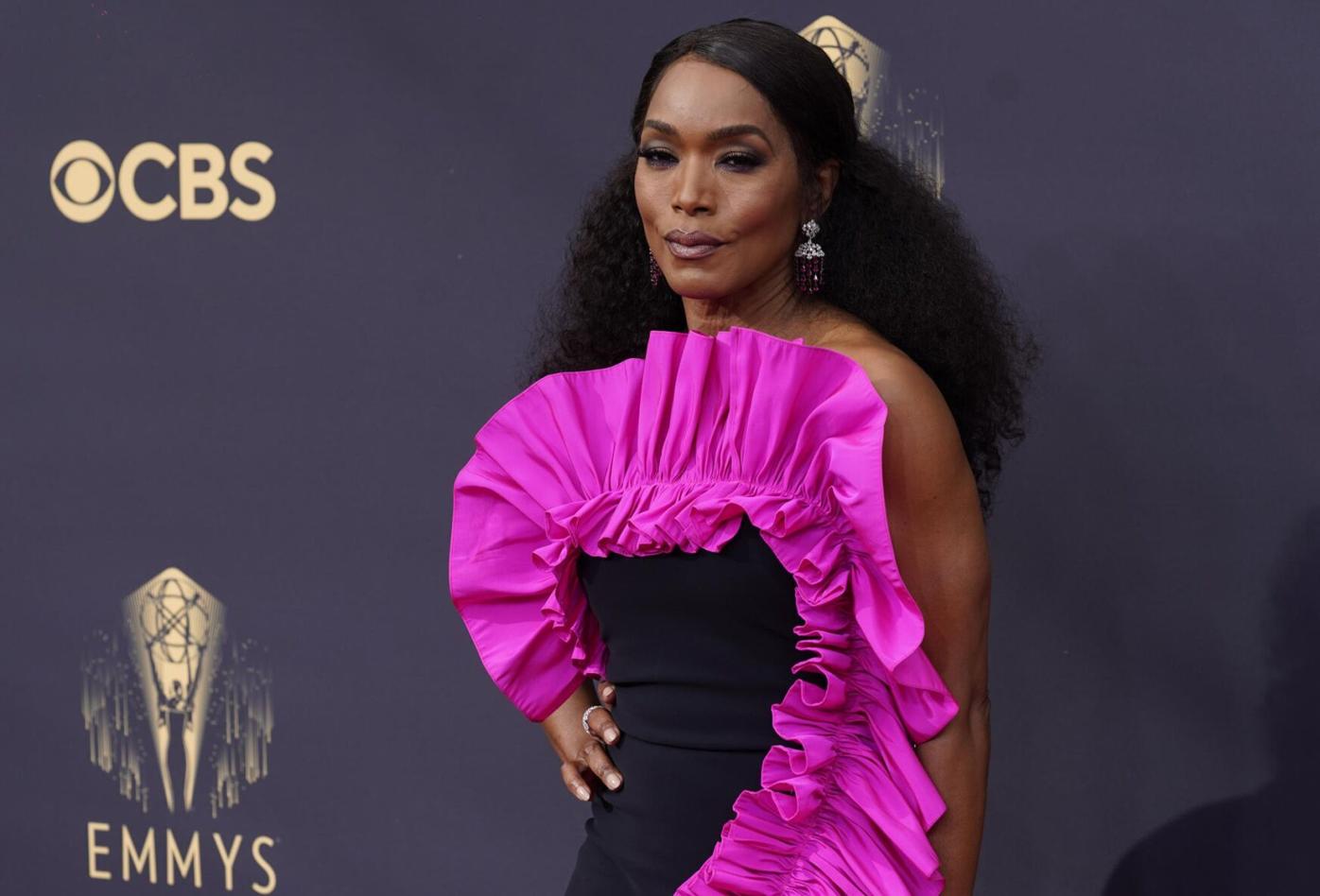 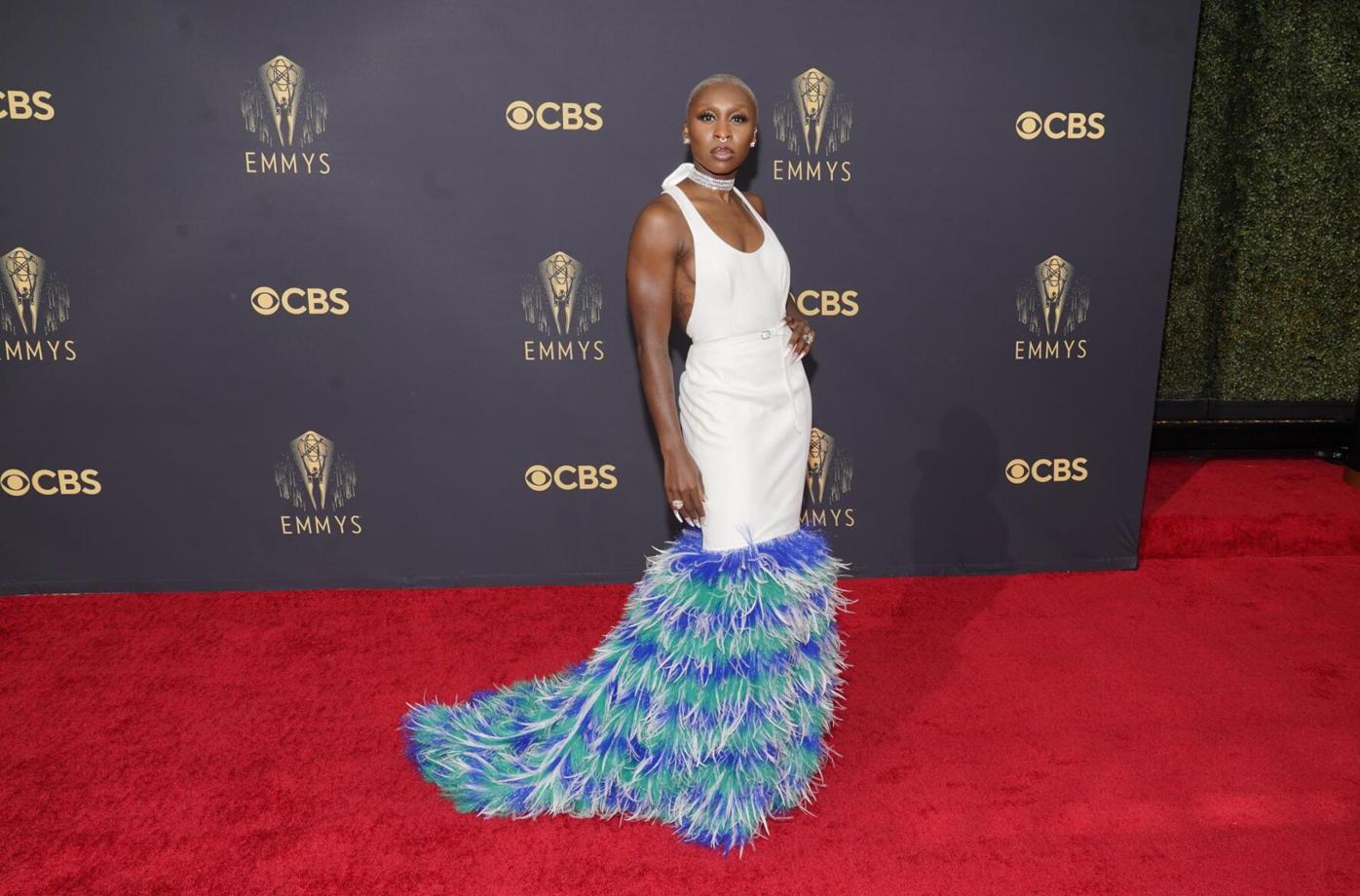 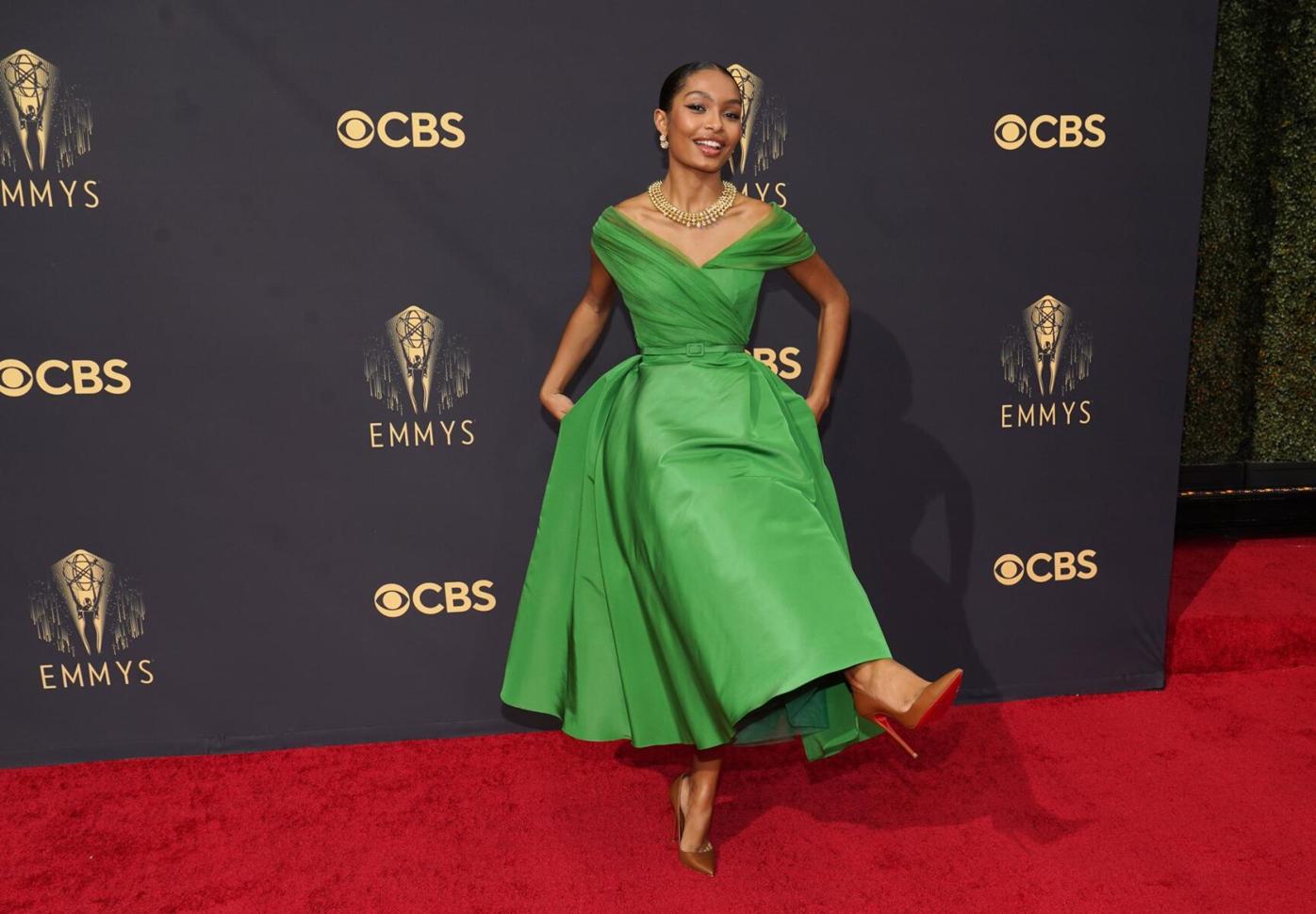 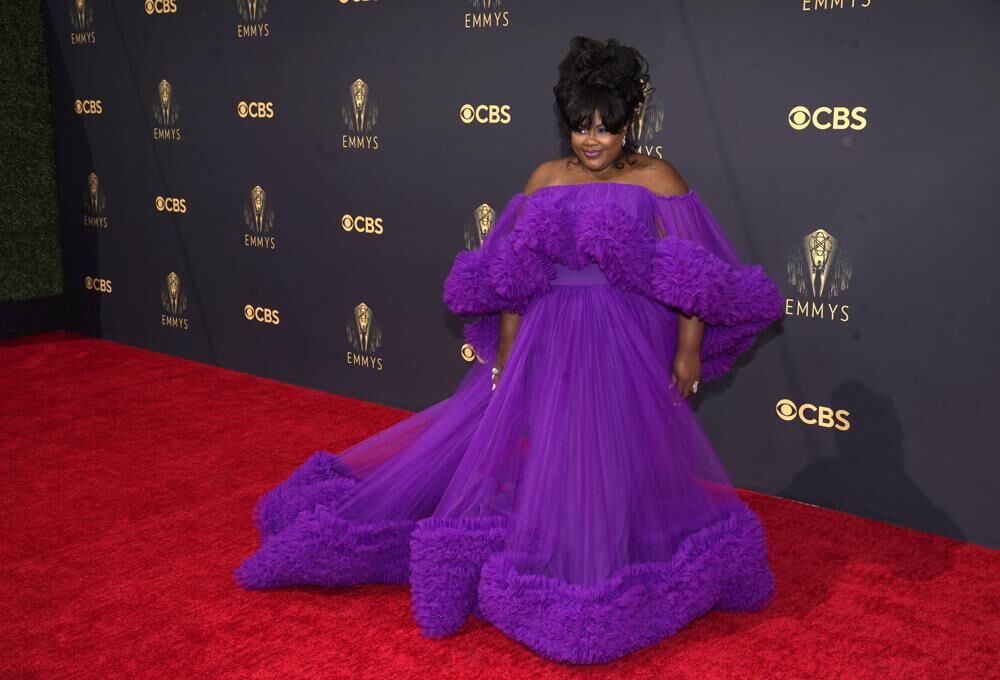 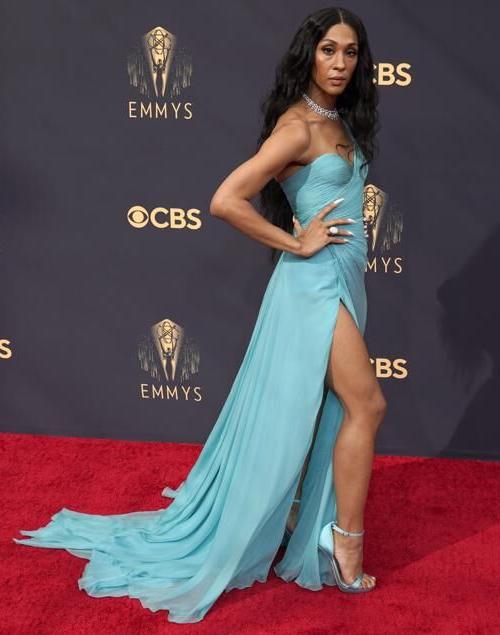 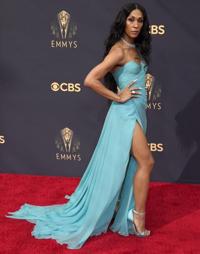 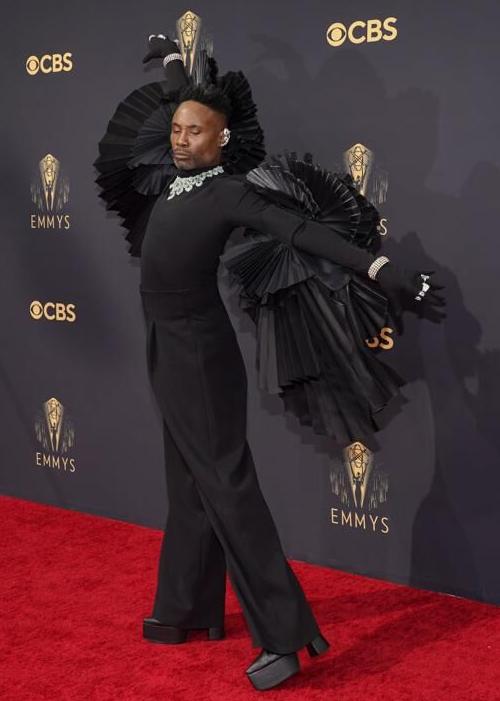 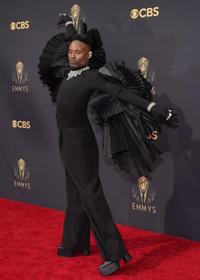 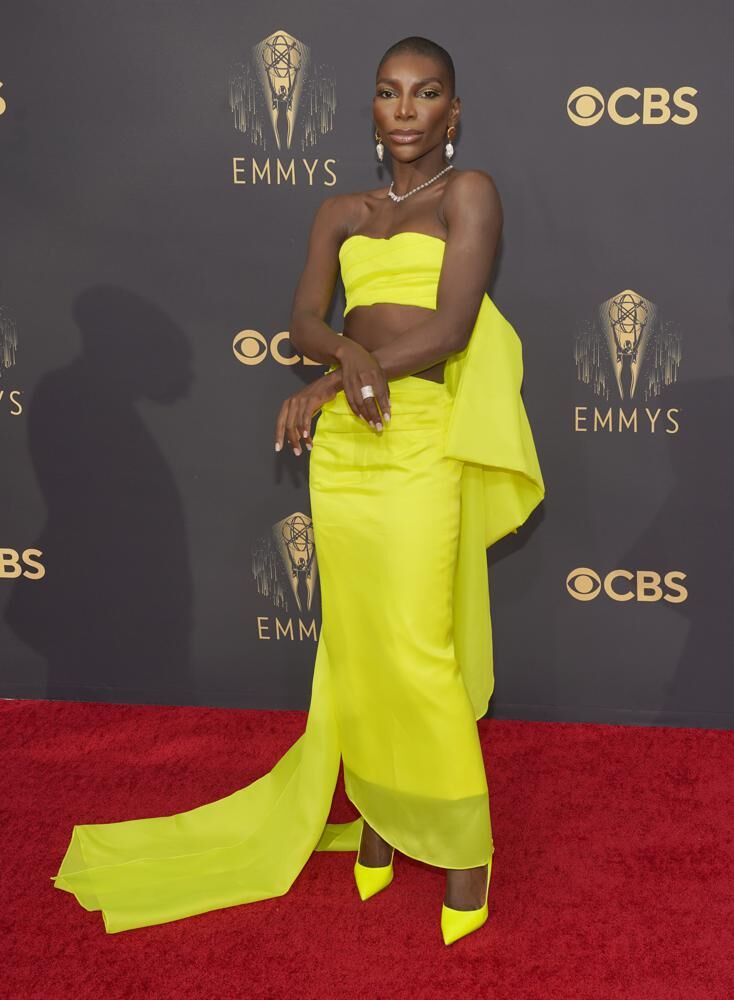 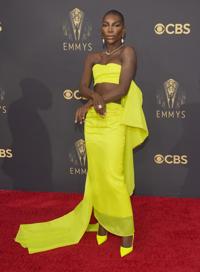 RuPaul accepts the Emmy for outstanding host for a reality or competition program for “RuPaul’s Drag Race” during the 2021 Creative Arts Emmy Awards.

Cedric the Entertainer served as the host of the 73rd Primetime Emmy Awards.

Michaela Jaé “Mj” Rodriguez wore vintage Versace Atelier in teal in an homage to old Hollywood, her hair flowing down her back, and Billy Porter worked large wings on his black trouser look Sunday at the slimmed-down Emmy Awards.

Coming less than a week after the wild and sometimes wacky fashion of the Met gala, glamour was back at the Emmys. There were looks of soft pink and yellow, statement minis in bright sequins – and Nicole Byer in a stunning off-shoulder orchid purple tulle gown that was sure to land her a best-dressed spot.

Byer wore custom Christian Siriano. She thanked all the women who came before her to break the couture barrier for plus-size women, and she went for it in the strapless look with sheer layers that flowed to the ground.

Many, including Kate Winslet, Jean Smart and Cecily Strong, went for classic black, the latter with a high slit and low plunge. But black isn’t Cedric the Entertainer’s style. The evening’s host walked the red carpet in color-blocked shades of blue.

Porter worked the poses for the cameras, showing off his wings.

“I am the fairy godmother. There is a theme going on,” Porter said of his recent turn in “Cinderella.”

Rodriguez paired her gown with 71 carats of Bulgari diamonds with the goal of mixing “old Hollywood with the new,” she said.

The pandemic put a damper on the Emmys last year, but fashion came back Sunday, albeit with a far smaller in-person crowd.

Known for his loudly colored and patterned suits, RuPaul wore a black double-breasted jacket with a white swirl pattern on his pants for the red carpet, while Bowen Yang of “Saturday Night Live” rocked a pair of towering silver boots.

But the trend of the evening was color, color and more color.

Yara Shahidi wore a Cartier necklace of yellow gold, emeralds and diamonds as she twirled in a princess gown of Kelly green by Dior.

Another standout: Michaela Coel in a bright yellow bandeaux top and matching skirt as she raced inside after closing down the carpet.

Other looks of note included Cynthia Erivo in a white leather Louis Vuitton mermaid gown with a feathered hem of blue and green, and Angela Bassett in body-hugging Greta Constantine in black with a bright pink ruffle traveling from top to floor.

“We really loved all the bright and bold colors,” said Andrea Lavinthal, style and beauty director for People. “It felt like a fun Crayola box. It certainly felt celebratory. It’s nice that it wasn’t this subdued and timid return to the red carpet. People seemed excited about it.”

Lavinthal also praised the men: Dan Levy in cobalt blue Valentino with a tie enclosure instead of buttons and Kenan Thompson in pink joining Sudeikis, Cedric and others who gave up the idea of a black tuxedo.

Julee Wilson, beauty director for Cosmopolitan, said she gasped when she saw Coel in her Christopher John Rogers yellow look, “but then the matching eyeliner just took it to another level.”

She added: “Her sharp buzz cut was the exclamation point. I think it’s so powerful to see stars like her and Cynthia Erivo rock basically no hair on the red carpet and still slay.”

While Black actors killed it on the red carpet, they didn't do so well at the podium.

A noteworthy exception was RuPaul, who tied the record as the most awarded Black artist in Emmy history with best host in a reality competition for “RuPaul’s Drag Race” and another win for “Untucked.” Meanwhile, Dave Chappelle and Maya Rudolph took home trophies for guest appearances on “Saturday Night Live.” Otherwise, Netflix’s “The Crown” and “The Queen’s Gambit” combined with Apple TV+’s “Ted Lasso” swept top series honors at the awards, a first for streaming services that cemented their rise to prominence in the television industry.

“I’m at a loss for words,” said Peter Morgan, the creator and writer of the British royal saga “The Crown,” which collected acting, writing and directing wins.

His comment may also apply to the premium cable channels that once ruled the Emmys and to the broadcast networks – including Sunday’s ceremony host, CBS – that have long grown accustomed to being largely also-rans.

Netflix won a leading total of 44 awards, equaling the broadcast network record set back in 1974, by CBS.