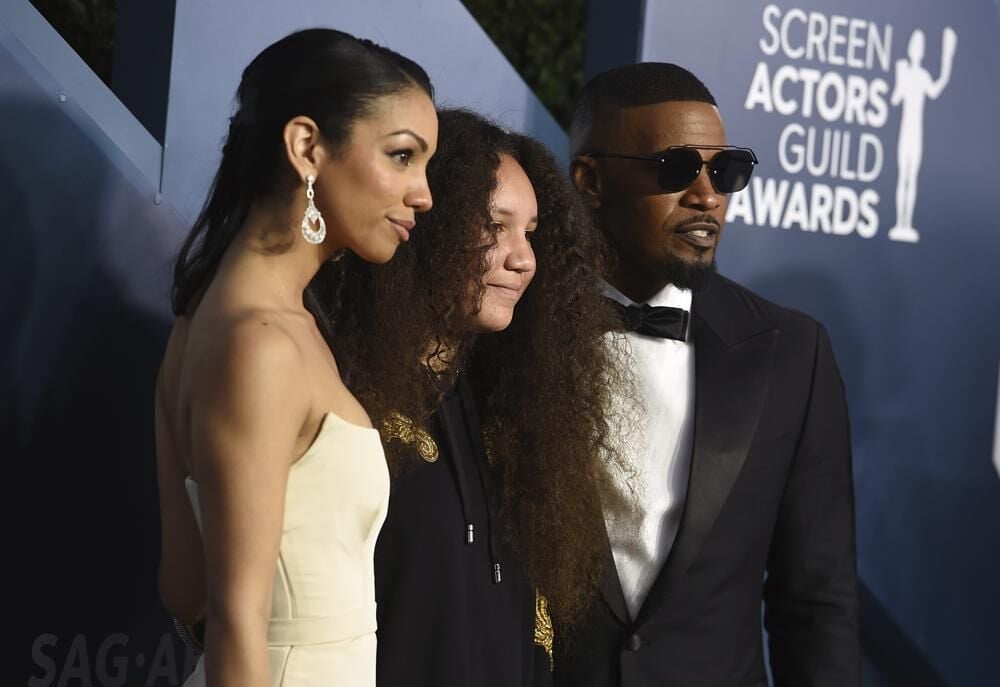 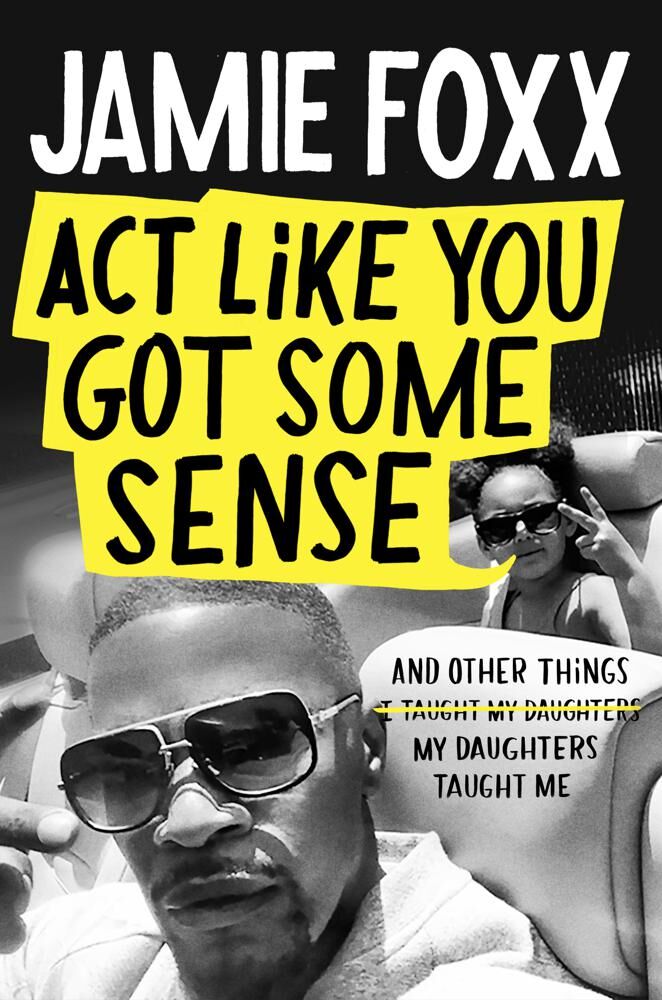 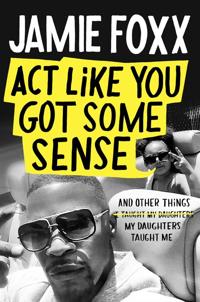 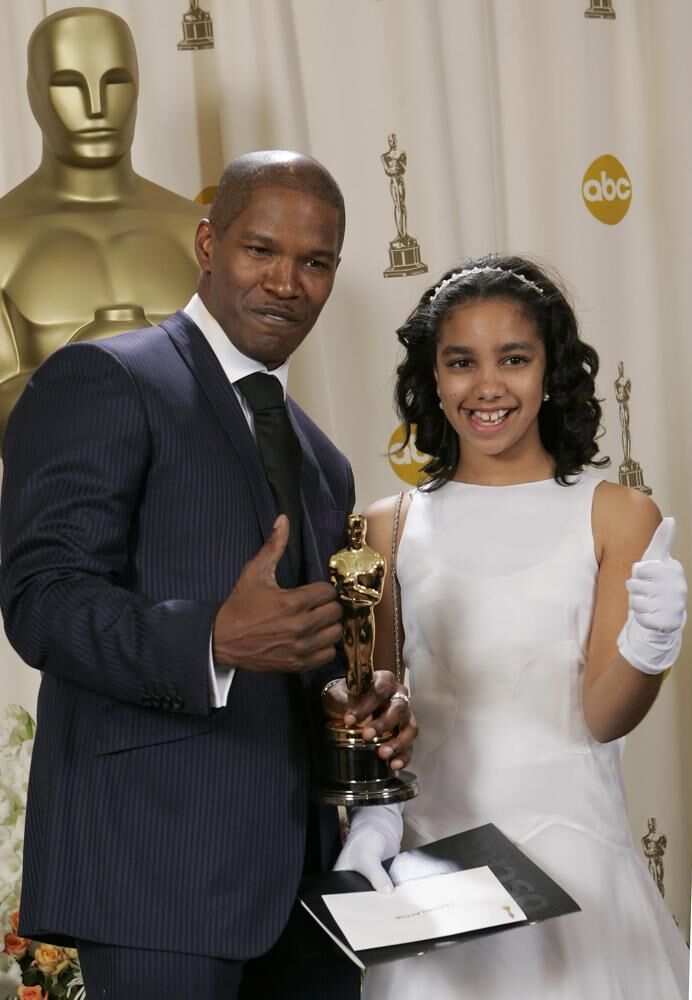 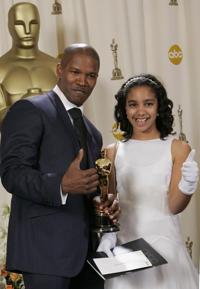 Jamie Foxx with his daughter Corrine and the Oscar he won for best actor for his work in “Ray,” at the 77th Academy Awards in Los Angeles Feb. 27, 2005.

While traveling with his family during the filming of the 2012 movie “Django Unchained,” Jamie Foxx allowed his then 18-year-old daughter, Corinne, to share a room with her boyfriend. He was proud of his decision, feeling evolved and cool, and anointed himself “New Dad” for handling the situation with a level head.

But New Dad became “Self-Doubt Dad” at 4 a.m., as he lay awake questioning his decision. Foxx decided he needed to barge into the room to see what was happening, with no plan on what to do next.

“I knock and open the door and my heart sinks because the boy, the kid, is on top of the covers, fully-clothed and my daughter fast asleep under the covers and I said, ‘Oh, man.’”

Jamie Foxx shares that parenting misstep in his new book “Act Like You Got Some Sense: And Other Things My Daughters Taught Me,” from Grand Central Publishing.

Foxx, 53, was committed to writing about moments where he got it right and wrong, in his manner of speaking.

“My voice is exactly the way I want to talk. It’s no preservatives. I’m really proud of that,” he said.

The Oscar and Grammy Award winner also shares his own backstory. He was adopted by his mother’s adoptive parents. He didn’t have a lot of contact with his birth parents as a child but worked to reconnect (with them) as an adult.

Foxx talked with The Associated Press about being a dad of two daughters, Corinne, now 27, an actor and producer, and 13-year-old Anelise, and preparing to portray boxing icon Mike Tyson.

You write about going to therapy with your older daughter and realizing some hard truths, like times when she says she didn’t like you.

I’m sitting there and I found out that I was the Disneyland Dad. Every emotional pothole, I was just going to fill it up with a Disney ride or something fluffy. And I hear my daughter say to the therapist, ‘I don’t like my dad.’ And she said, ‘Dad, you don’t need all of that. You’re covering. Just come talk to me.’ And so those moments were important.

It sounds like you’ve learned that even though you have the perks of being a celebrity, it matters most to be there.

I want them to know that Dad is there, no matter what. I might be tired or might be sleepy. And even then, they may hold me accountable even more. But I wanted to be there. I want them to be able to beat on my chest and tell me anything. And I got to learn about my parents’ experiences, that they had someone who didn’t show up, so I wanted to stop that emotional domino.

The term ‘Girl Dad’ is used a lot. What does it mean to you?

What I say to my dads who have girls who are afraid to talk about certain things, is talk about them and talk about them early. Talk about it now, because if you get that uncomfortable situation out of the way to where you’re comfortable at 10, 11, 12, by the time they’re 15, 16 and they have real matters, you’ve already laid that foundation down. That’s the true essence of a Girl Dad.

Your daughter Corinne works in the entertainment industry and your younger daughter Anelise loves music. Do you want them to conquer showbiz?

I want them to do even better, and I constantly give them examples of the disciplines of what you need to do. My youngest daughter is funny. She was telling me, ‘I want to win a Grammy but I’ve got competition. My cousins can rap. And then there’s you, dad. I’ve got to beat you.’ I love the fact that they want to do more.

You’re gearing up to play Mike Tyson on film. What has that process been like?

It’s a journey getting that done, but it’s been a wonderful journey. I cannot wait for people to see when I make the transformation. I’ll literally be able to walk into Mike’s house and say, ‘I’m home’ and nobody will flinch. So it’s going to be beautiful and it’s going to have some surprises in it that are going to be some soft touches that I think you’re going to really be like, ‘Wow, I didn’t know that.’

What about Tyson’s voice? Have you mastered that?

When he was young it was high-pitched. But now in our development, I called Mike one day and I said, ‘Mike, how are you feeling?’ ‘I’m feeling good. So happy.′ I said, ‘Why are you happy?’ ‘Because I don’t have any money anymore.’ ‘Why? Why would that make you happy?’ ‘Because I don’t have any vultures around me taking money and that would make me mad.’ And so it’s those moments that I think people understand, because if we do an impersonation, we die. But if we’re quiet and it’s just him basically looking in the camera, talking about his life, I think that’s where the – sorry about the cliché – but that’s where the magic happens.