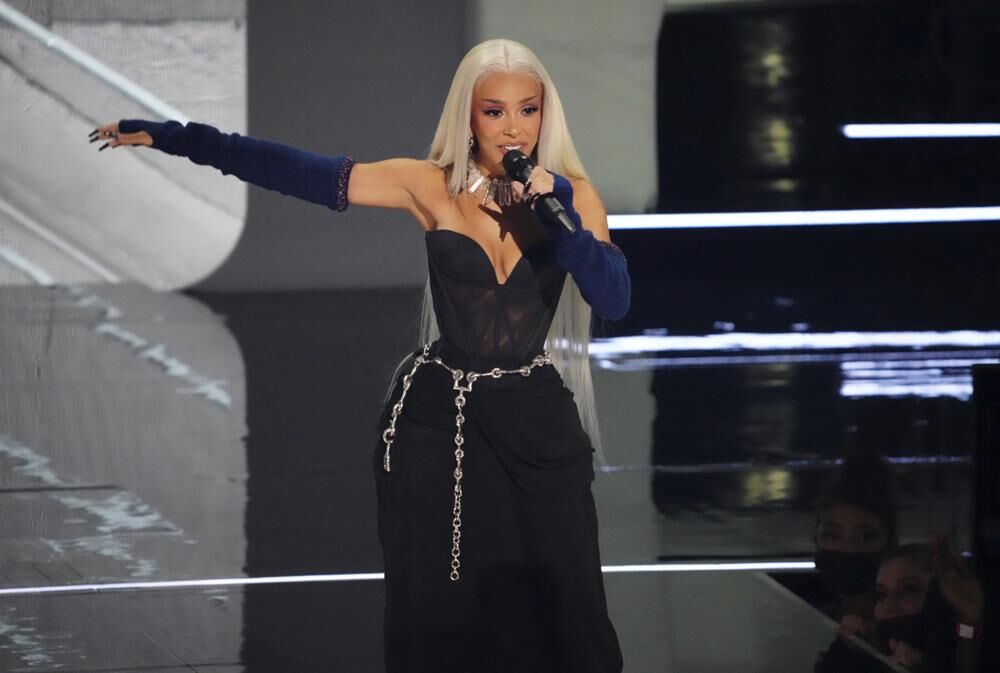 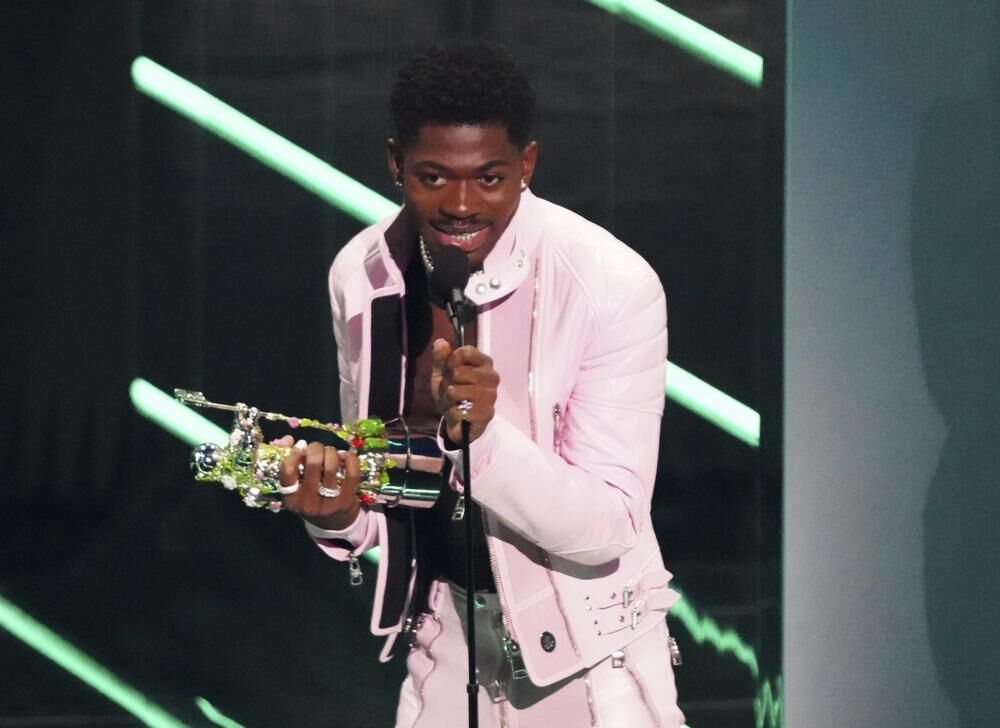 Lil Nas X accepts the award for video of the year for “Montero (Call Me By Your Name)” at the 2021 MTV Video Music Awards. 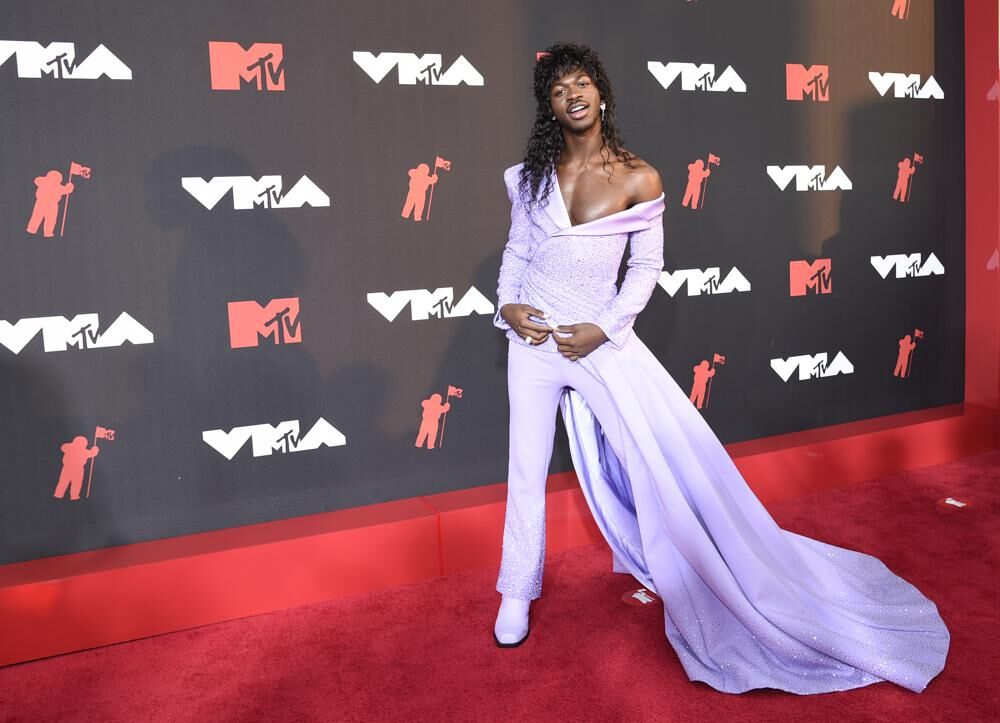 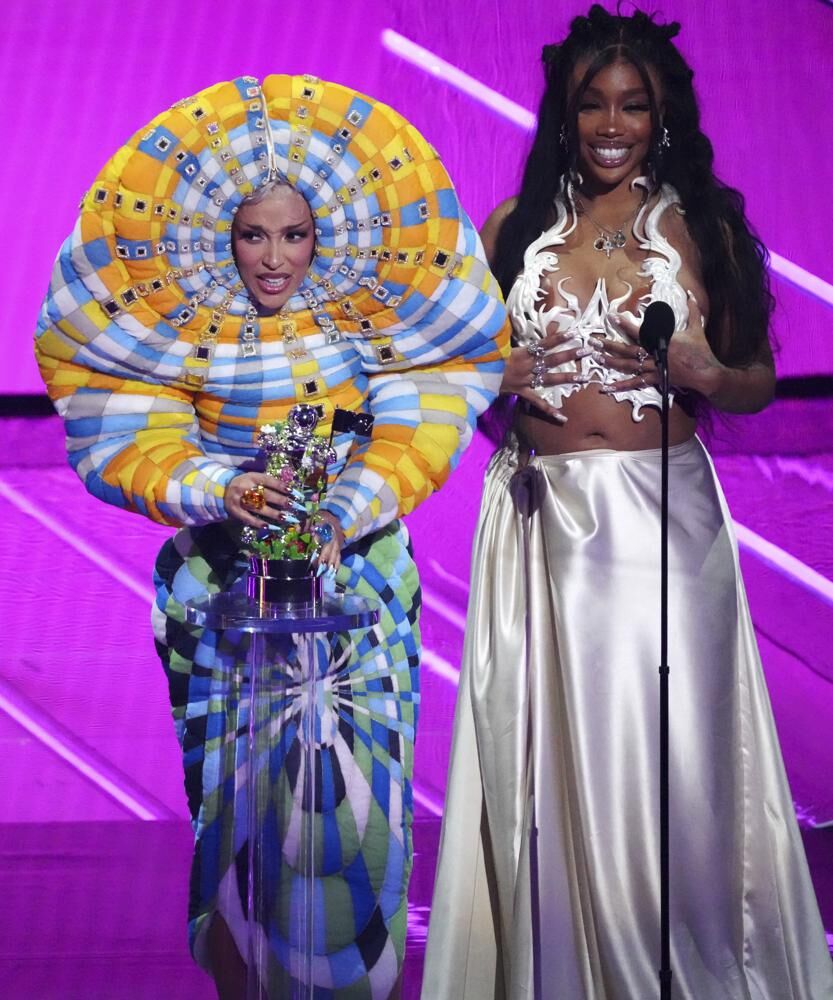 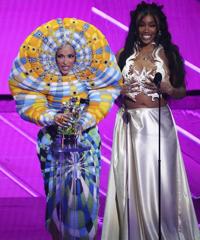 Lil Nas X hit the stage with Jack Harlow, then performed his controversial song “Montero (Call Me by Your Name),” which won video of the year.

“I do not take this for granted,” Lil Nas X said while accepting the award.

It was a night that Justin Bieber triumphantly returned to the stage as a performer and winner of the artist of the year.

Lauper, who presented Bieber with his first award, advocated for equal rights for women.

“Girls still want to have fun,” said Lauper, referring to her classic hit. “But we also want to have funds, equal pay, control over our bodies, you know, fundamental rights.”

Billie Eilish won the fan-voted video for good for her song “Your Power.” In her acceptance speech she spoke about the satisfaction of writing the song and women empowerment.

Olympic gymnastics champion Simone Biles introduced Doja Cat – the show’s host – who went aerial during her performance. Held aloft by wires, Doja Cat glided over the crowd and landed on stage as she performed “Been Like This” and “You Right.”

Before the show, Machine Gun Kelly got into a heated argument on the red carpet with UFC fighter Conner McGregor. Video showed McGregor being held back by security from Kelly, who later won best alternative for his song “My Ex’s Best Friend,” featuring Blackbear.

The Foo Fighters performed and then accepted the Global Icon Award, an honor handed out for the first time at the VMAs. The award recognizes an artist or band “whose unparalleled career and continued impact and influence has maintained a unique level of global success in music and beyond.”

The prestigious award was previously presented at the annual MTV Europe Music Awards. Past recipients include Queen, Eminem and Whitney Houston.