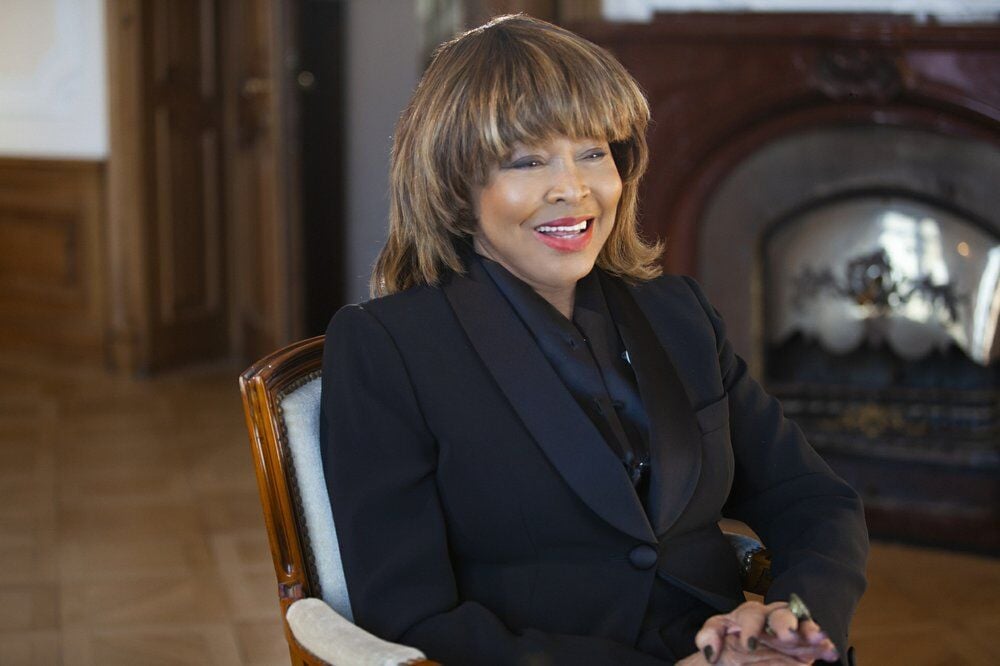 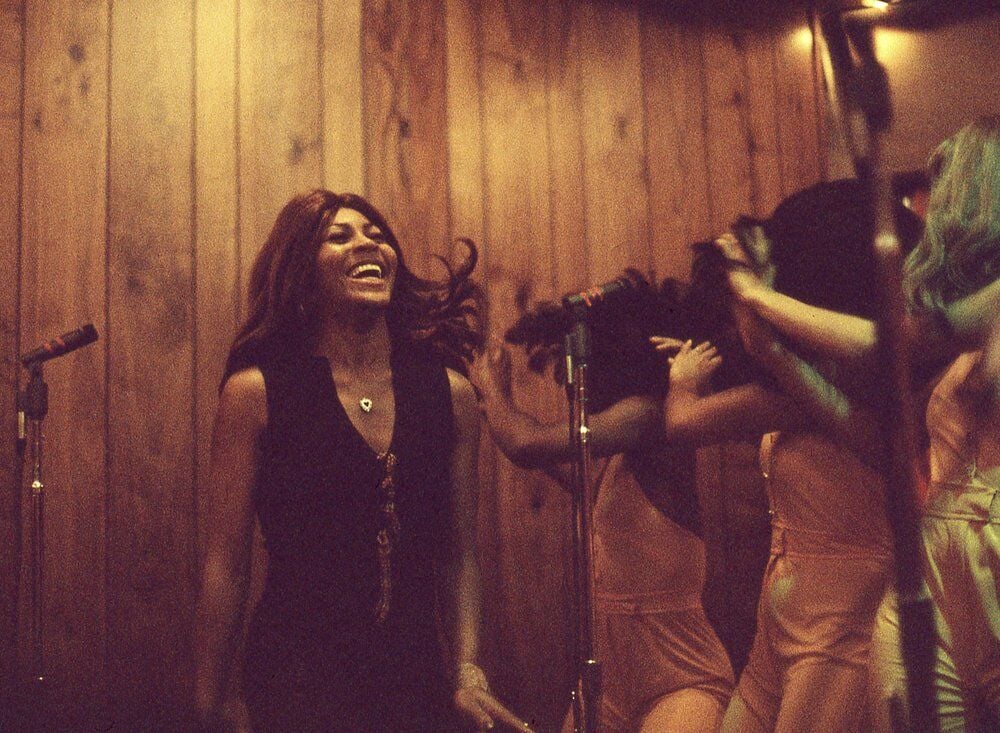 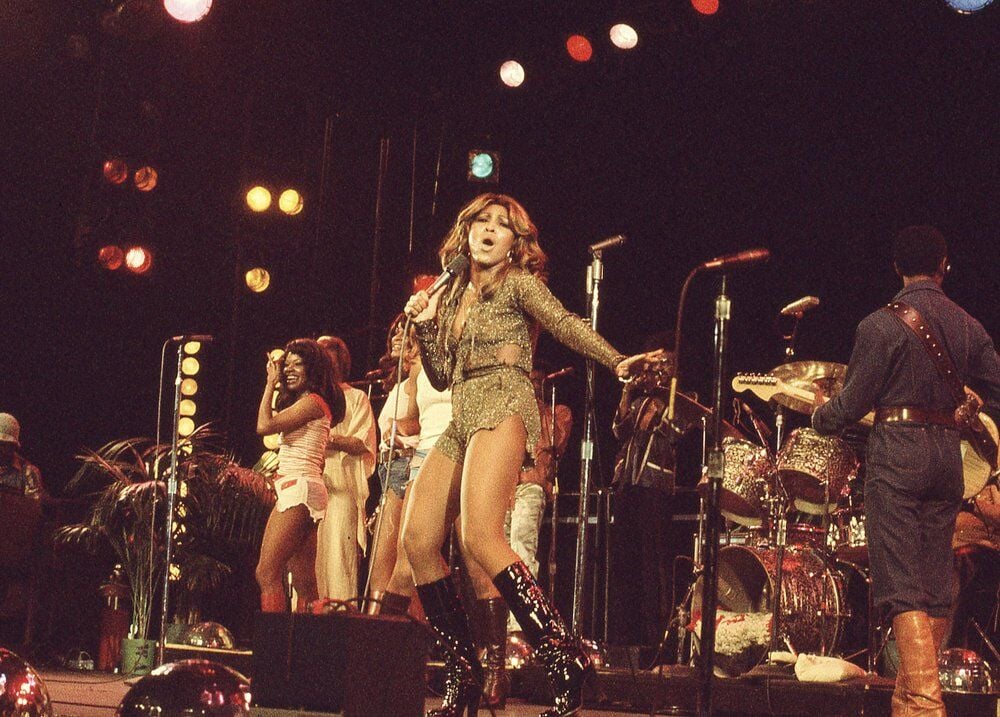 In the opening moments of the HBO documentary “Tina,” Tina Turner doesn’t just command the stage as she’s belting out “Ask Me How I Feel” for a giant stadium of fans. With heels stomping and her hair waving, she owns the stage to such a degree that you half expect bank lenders to materialize by the footlights to sign over the deed.

Few if any could ever match Turner as a performer. Both regal and raw, she was one of the supreme vocalists of the 20th century – a model of inspiration for Mick Jagger and countless others. And, at least in scenes like that 1980s concert, her power was a testament of reclamation. As a newly solo singer removed from more than a decade of abuse, she was taking back her life, her story, her voice. Her proper debut, she says, came not as a teenager with Ike Turner, but as a 50-year-old woman finally on her own.

The story has rightly taken on the shine of legend. The remarkable arc of Turner’s life has already been the stuff of a bestselling autobiography (1986′s “I, Tina”), a Hollywood biopic (1993’s “What’s Love Got to Do With It”) and a Broadway show (“Tina: The Tina Turner Musical”). So why more? Well, partly because music documentaries have proliferated during the streaming era. Everyone from Billie Eilish to Linda Ronstadt has recently gotten in on the act.

But there’s a better reason for “Tina,” Dan Lindsay and T. J. Martin’s new documentary, which premiered last Saturday on HBO and HBO Max. The film, as you would expect, walks us again through the tremendous upheavals in Turner’s life. But it’s ultimately about Turner telling her story – why she struggles having to tell it; why she needs to tell it, anyway; and why she wants to be done with it. Turner may be the protagonist of a drama with great swings between oppression and liberation, but it’s not a role she has any natural affinity for.

“I just really don’t want to play the part,” she says in an earlier interview heard in “Tina,” referencing the 1993 movie. “It was just so unlike me, my life.”

That gives “Tina” an unusual tension. In a way, Turner rejects her own biography. Not the facts of it, but the emphasis on certain chapters. The 81-year-old Turner, who gave her support to the documentary, appears in modern-day interviews from Switzerland where she seems content to put much of it to bed. This, we’re meant to gather, may be her final word on her life story.

With archival footage and interviews, “Tina” first plunges back to her years in the Ike & Tina Turner Revue. The contrast between their stage presence and private life is drastic. Before crowds and cameras, they’re a sensational, exuberant rock and R&B duo; behind closed doors, he’s an abusive, controlling monster. Turner, then Annie Mae Bullock, was 17 when she met Ike, a rock ‘n’ roll pioneer. In their television appearances, he seems the quiet, supportive sideman.

Few beside Turner knew that off-stage he was a thin-skinned tyrant. It’s especially telling that next to Ike, Phil Spector comes off like a more sensitive collaborator when they record 1966’s “River Deep – Mountain High” with him. (It’s one of the disappointingly few but always rewarding times the filmmakers pause to linger on a recording session.)

When Turner finally left him, in 1976, she was happy to let Ike have everything but the stage name her gave her years before. The comeback story begins but with it comes Turner’s own struggles with how to be frank about the abuse while not being defined by it. It’s easy to understand her desire to tell the truth. Appearing on “Hollywood Squares,” host Peter Marshall greets her: “Tina, where’s Ike?”

Turner first went on the record in a 1981 People magazine article, calling Ike’s treatment “torture” and that she was “living a life of death.” A few years later, plagued by reporters’ questions, she wrote her book, with MTV’s Kurt Loder, in hopes of moving on. (Loder is an especially good source in the film; an audio recording of his talks with Turner in which she emotionally discusses her mother is perhaps the only truly intimate, unguarded moment in the film.)

The book didn’t work, in a way. It only made Turner’s past – and her laudable, influential public confrontation with it – all the more attached to her. But by the time of her comeback record, 1984′s enormously popular “Private Dancer” with the hit “What’s Love Got to Do With It,” Turner’s defiant, showstopping performances spoke for themselves. Here, the filmmakers smartly let some of the footage play at length. This is the heart of Turner’s legacy. This is the real Tina.

But marveling at Turner sing Ann Peebles’ “I Can’t Stand the Rain,” you also realize, despite the filmmakers’ best efforts, how unknowable she is. Certainly Turner – long happily married to a German music executive and living in Europe – doesn’t want to explain herself any longer. It’s probably enough to see all her ambition, pain and perseverance right there on the stage.

“Tina,” an HBO release, is not rated by the Motion Picture Association of America. It contains descriptions of abuse. Running time: 118 minutes. Three stars out of four.