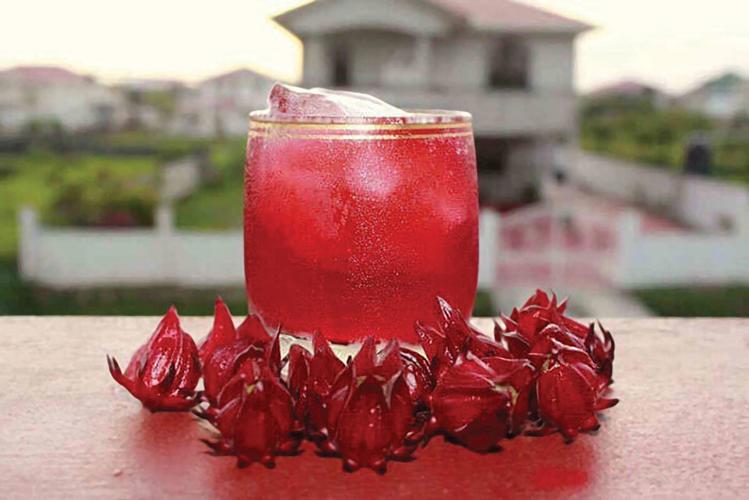 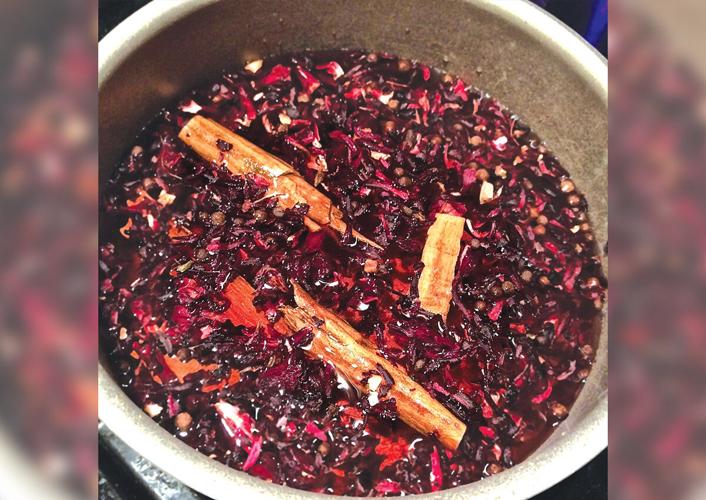 Making sorrel also means filling your home with the spicy scents of the island as the ingredients stew on the stove. 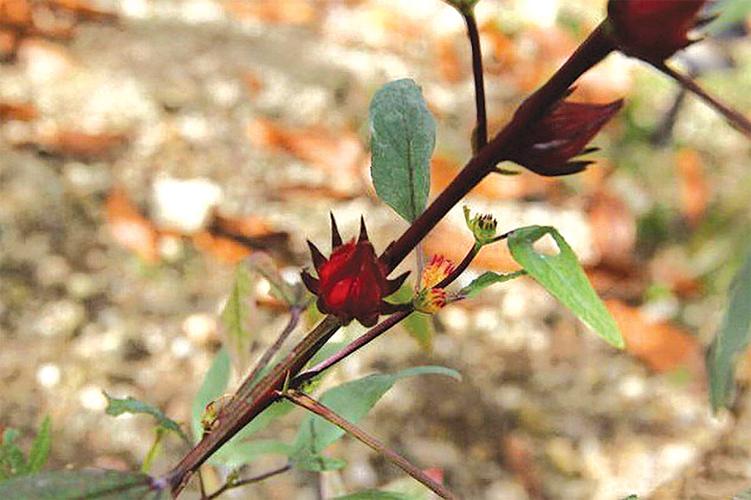 There’s no Christmas in Jamaica or in many parts of the Caribbean without sorrel, a drink that is infused with spices and traditionally spiked with white overproof rum. It is as present at Christmas time as rum cake, curried goat, and rice with pigeon (gungo) peas.

The central ingredient that provides its color and unique flavor is the hibiscus sabdariffa plant – not the hibiscus flower we see in our lush gardens – but another member of the hibiscus family that originated in northern Ghana. Historians believe the plant likely traveled to the Caribbean on slave ships, as referenced in the National Library of Jamaica. The seeds took root, and West African drinks like zobo and bissap became sorrel. Today, Jamaica is the most well-known producer of this version of hibiscus, also known as roselle.

The fleshy calyces below the flower that contains the seed are used to make the famous drink, and its November-December harvest period is likely what popularized sorrel as a Christmas beverage. The calyces are sun-dried before steeped in boiling water. Unsweetened, sorrel has a sharp, tangy taste. Add a little sugar and it becomes a refreshingly delicious drink that many people compare to cranberry juice.

For many years, sorrel was only available during the holidays, but as the numbers of Jamaicans and other Caribbean nationals living in North America and the U.K. grew, the dried sepals became more readily available in certain supermarkets and health food stores. Many Jamaicans grow the plant in their backyards and some use it not only to make the popular Christmas drink, but also to cool fevers, cure colds and lower blood pressure. It is rich in vitamin C and other vitamins and minerals.

Recipes generally include ginger steeped in boiling water along with the calyces, cinnamon, cloves, sugar and rum. The first recipe at right is a traditional Jamaican version found on itisakingthing.com. The second is a variation that adds wine. To make it Trinidadian-style, add bay leaf. Naturally, each island has its unique recipe for preparing the drink, and if making it from scratch is too much for you, bottles of the beverage are usually sold at most Jamaican restaurants in Miami at this time of year.

•After 24 hours, strain liquid, sweeten it to taste and stir in rum.

•Store sorrel drink in bottles with a tight, secure lid.