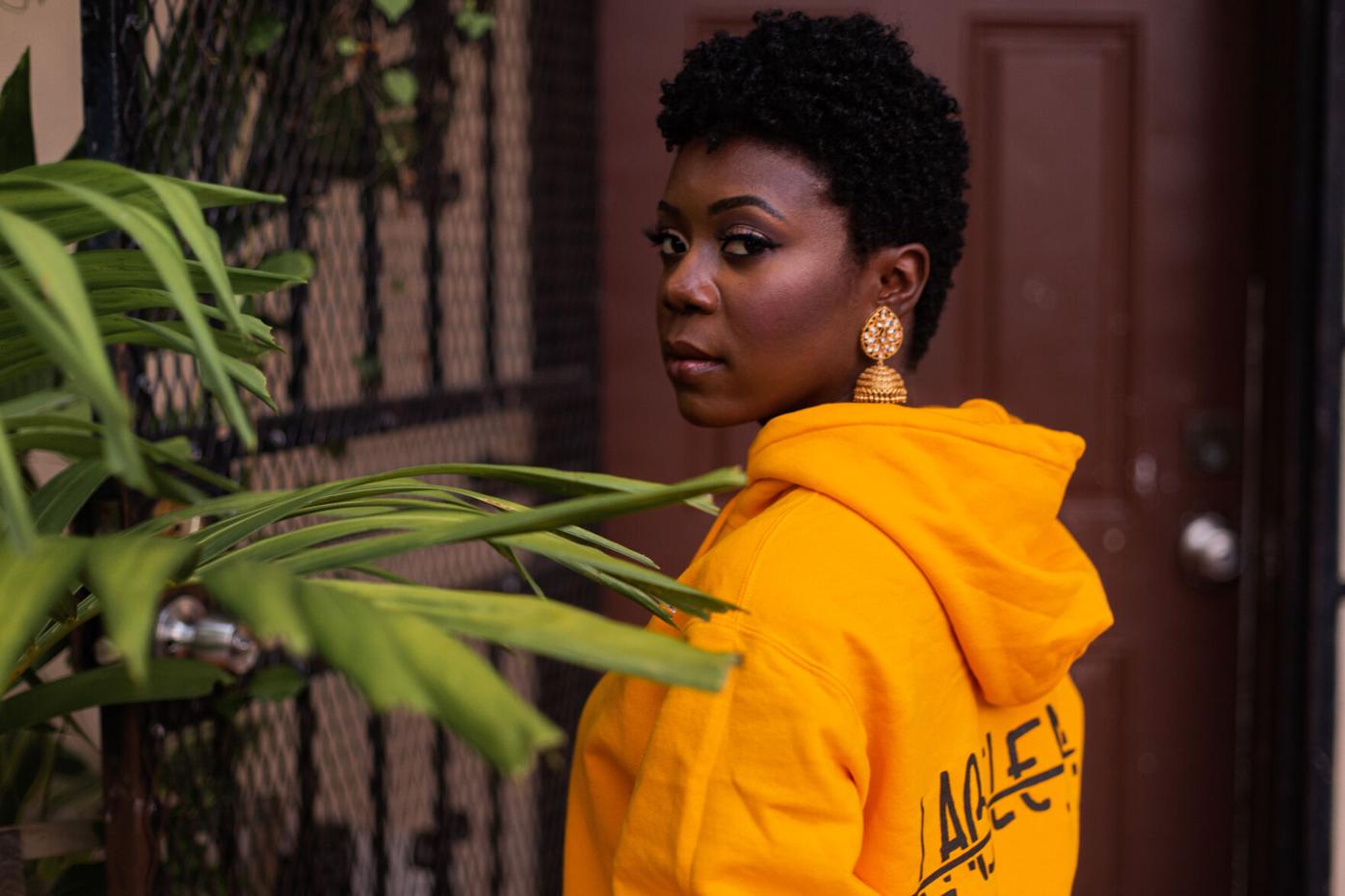 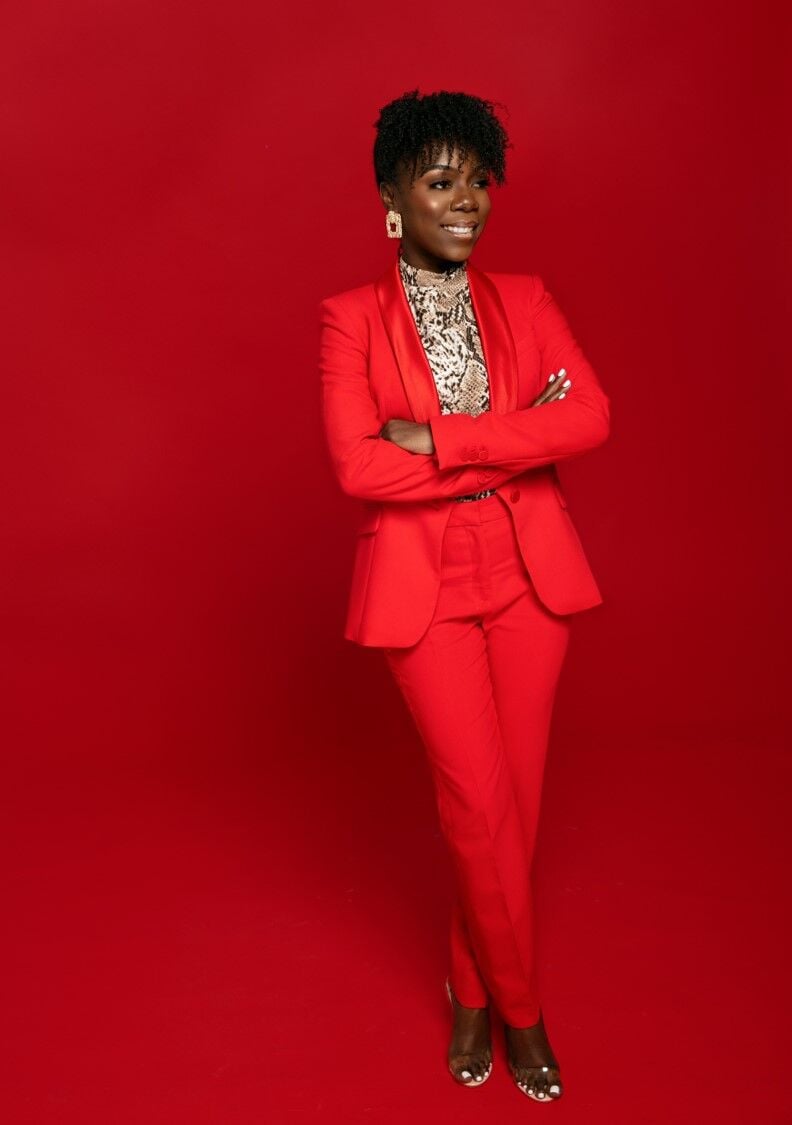 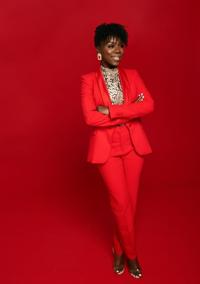 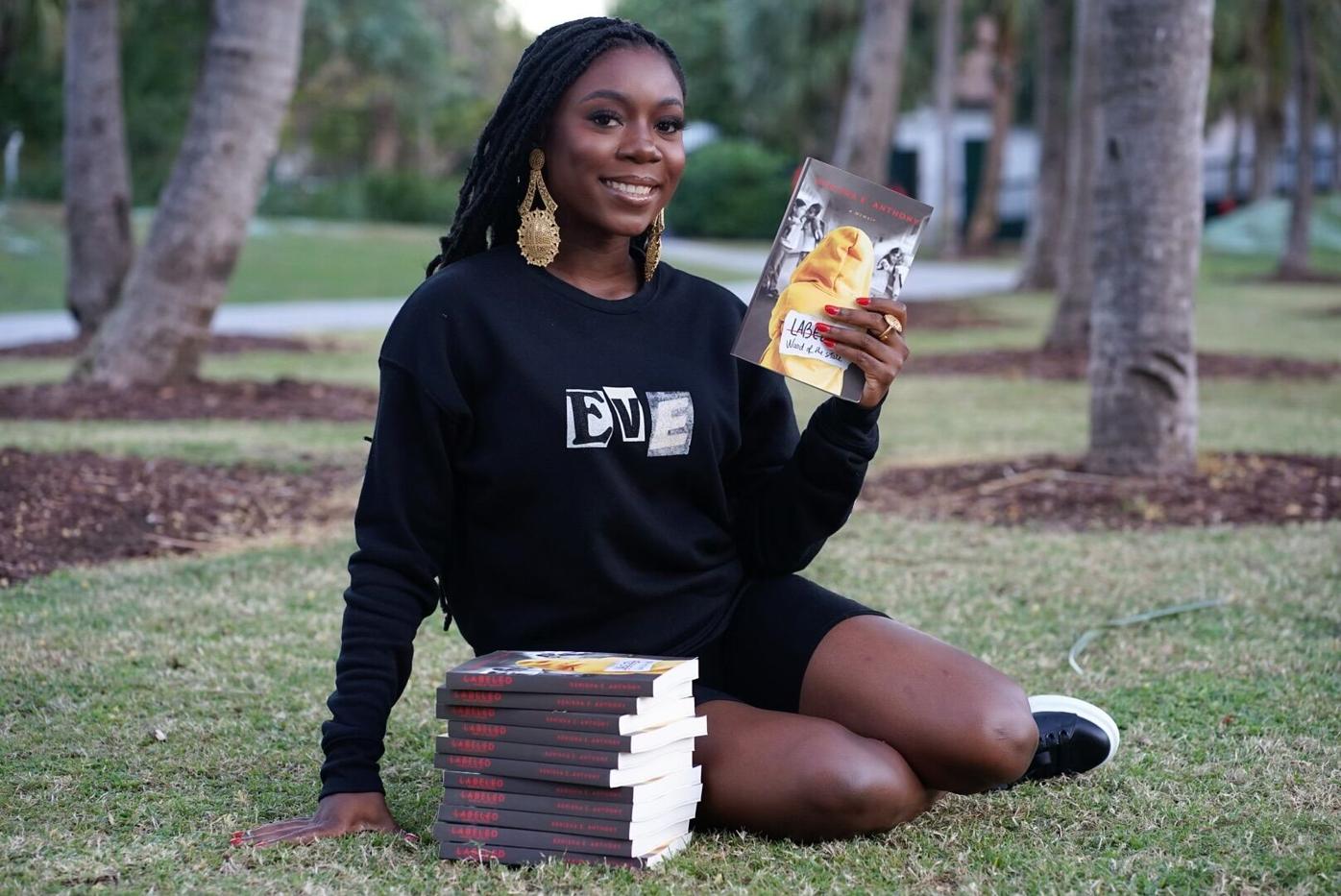 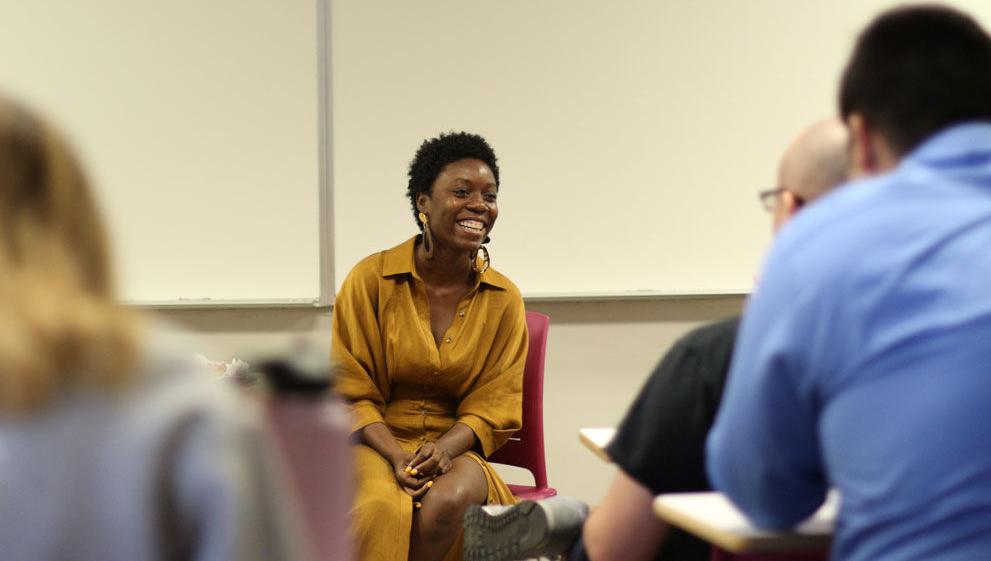 Kenisha E. Anthony is a rose that grew from the concrete.

At only 4 years old, she was legally taken from her drug-addicted parents by the Florida Department of Children and Families (DCF) and placed into the foster care system, where she remained until age 18.

Despite the baggage that came with aging out of foster care, Anthony used every resource at her disposal to overcome the odds.

Today 29-year-old Anthony is channeling her personal experiences and expertise as a licensed social worker to advocate for youth in foster care. She is the outreach specialist at Florida Foster Care Review at the Miami-Dade County Children’s Courthouse.

In her debut novel “Labeled: Ward of the State” released in 2020, Anthony shared what it was like growing up without a stable home, fighting through bouts of depression and scraping for necessities, all the while seeking validation from her incarcerated parents.

The memoir is a coming-of-age story and raw retelling of how the foster care system failed Anthony on several occasions. Readers follow her on a journey of abandonment, abuse, desperation and self-discovery as she finds herself in the midst of one of life’s greatest challenges.

The chapters gradually follow her life in the foster care system. They also peel back the layers of the system, starting with clarification on rights afforded to people affected by foster care and ways things – and children – can fall through the cracks. The title is a reminder that people are not the labels given to them.

Anthony was inspired to write the memoir when a teenage client nearing his 18th birthday discovered through a Google search that she had aged out of the system herself. It was then that she realized the importance of sharing her story.

“I went into the project knowing that I was going to be vulnerable,” said Anthony. “I went to therapy to process the trauma before I started writing. I was finally ready to share these things instead of being ashamed of what I experienced. When we share our story, we can all learn from each other.”

For at least 13 years, Anthony had nowhere to call home. She bounced from placement to placement as the court decided who was best fit to care for her.

Her mother, Regina Walker, was not an option after being declared unfit, in large part because of a history of drug abuse and prostitution.

Florida’s child welfare system provides three options for children removed from their parents’ care. Either they are under the custody of a relative, non-relative or in licensed care.

By court order, Anthony was placed to live with a non-relative she called Grandma Rose in Liberty City, while oblivious to her mother’s struggles. The placement separated her from her sister, Ashley, and brother, Craig.

It was not long before Walker’s estranged sister, Shawn, sought custody of young Anthony.

With the help of a friend who worked as a mental health social worker, Shawn had Anthony removed from a non-relative to relative placement without the proper legal channels in an attempt to get money from the state, according to Anthony.

Things went downhill from there.

Shawn went from verbally abusing Anthony to leaving her with large welts that became unbearably painful.

As Anthony desperately wished for her luck to change, she encountered neglect, starvation, blows to her self-esteem and sexual harassment across six other placement sites after Shawn. Two of those sites were group home settings.

Whenever she attempted to reveal signs of mistreatment to other adults and family members, she was ignored.

The sexual harassment incident was brought to the attention of police, Anthony’s case manager and her adult sister, but nothing was done. She asked to file a restraining order against Ashley’s then boyfriend, who had forced himself on her, but it didn’t keep him away.

Anthony’s case file documents a signature in 2008 from a case manager seeking out assistance from Kristi House, a children’s advocacy center for abuse and sex trafficking victims, on her behalf. She does not remember attending a session for any of Kristi’s House programs for the date mentioned in the document.

“It was very hurtful and depressing. There was this assumption that I was a liar” said Anthony. “I felt like I was really alone in the world and the emotions that come with that as a child makes you contemplate things like suicide, so I internalized everything I was going through.”

At one point, she even mimicked some of the things she saw suicidal characters do in Lifetime movies but luckily, she survived the attempt.

Anthony began to question her worth after family members reminded her that she had been deserted by her parents and that the fate of substance abuse would be something she had in common with them.

She struggled to feel comfortable in her own skin as a young Black girl without access to hair care, clothes, undergarments and sometimes even meals to keep her going.

“I would’ve wished to be separated from my looks ... I even put bleach in my bath water, thinking it would lighten my complexion,” Anthony reveals in the book. “To me, hair is a determining factor for self-esteem. I feel messy, ugly and unorganized when my hair isn’t done. And people won’t forget to confirm those sentiments.”

She did what she could to get by. A lack of guidance and mentorship forced her to turn to violence and petty crime, landing her in jail three times for shoplifting, fighting and fleeing from police.

For her, jail was no different than the group home settings she had been placed in. Youth had to follow a strict eating schedule where refrigerators would be locked outside of those times, showers were timed and access to resources were limited.

“Life as a foster kid does not exempt you from the detrimental environments that the system intends to shield you from,” she wrote.

Anthony was forced to be an adult before she even turned 18. And she ultimately became one of more than 23,000 children to age out of the country’s foster care system each year, based on annual statistics released by the National Foster Youth Institute (NFYI). Only 50% of them find meaningful employment by age 24.

She was determined to not be a part of that number. Left to fend for herself and with very little help from a few friends and family, she pulled herself out of the rut.

Anthony was finally on her way to college at age 19 after a nontraditional educational journey that took her through four elementary schools, two middle schools and four high schools.

She earned a bachelor’s degree in social work and a master’s degree in public administration. Scholarships and generous donors afforded her the opportunity to study abroad, meet one of her role models – Congresswoman Frederica Wilson – and participate in once-in-a-lifetime experiences.

During her collegiate years, Anthony joined various organizations to advocate for those in foster care.

As a member of Florida Youth Shine, she helped propose legislation that would reimburse those in foster care for costs related to obtaining a driver’s license and car insurance fees. Because of her commitment to hunt down politicians in Tallahassee, financial resources distributed by the state have extended to non-relatives who assume custody of a child. Children who reach their 18th birthday without a permanent living arrangement can remain in licensed care under the court’s jurisdiction, something they were not allowed to do before.

Seeing that no one jumped to her rescue when she was in need, Anthony vowed to become that person for other children.

“The war I wanted to fight was right here,” read the life changing statement she made after going back on a decision to join the military.

Once she officially joined the social work world as a case manager, she requested access to her case files to see what went wrong during her time in the system. The answers she found equipped her to be more resourceful in helping the children she came across.

“I was looking for answers and wanted to understand what happened to my family. The system has changed but the foundation is really still the same,” she said. “What I learned from my challenges, I try to pass that on.”

One of those ways was in creating the Labeled Scholarship fund for upcoming college students. During Foster Care Awareness Month this past May, Anthony used revenue from the book to award a $1,000 scholarship to be split among two recipients toward a college education.

She readily admits her job is not without its turbulence.

On average, a social worker may receive almost 60 cases. She received 75 within the first few years in the profession.

While conducting an in-home assessment, a fostering parent used racial slurs and accused Anthony of stealing things out of the home. In the interest of the child, she was forced to brush off the incident.

Last year also proved to be a tough year in the foster care system as social workers were forced to navigate a new normal.

According to data collected by The Associated Press on COVID-19’s impact on foster care, adoptions across the nation dropped by 23% compared to numbers in 2019. Reunification, a term for when a child in foster care is reunited with parents and no longer a part of the system, also dropped. There was a 16% decrease since the pandemic.

As a child, Anthony was one of many children in foster care to never reap the benefits of the reunification process.

Though the pandemic presents a harsh reality for social workers who are often overworked and underpaid – and even more so as the circumstances delay solutions for children in foster care – Anthony feels that the work is worthwhile.

She anticipates releasing a second book about the impact of sibling separation in the system and ways to encourage healthy relationships.