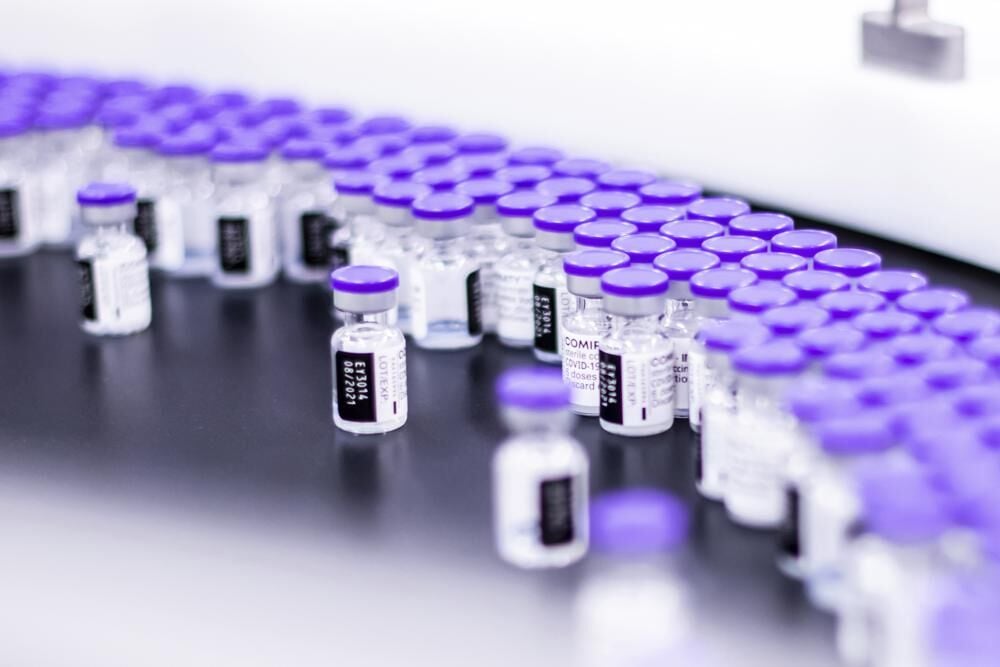 Vials of the Pfizer-BioNTech COVID-19 vaccine are prepared for packaging at the company’s facility in Puurs, Belgium. The drugmaker is seeking U.S. authorization for a third dose of its COVID-19 vaccine, saying last Thursday that another shot within 12 months could dramatically boost immunity and maybe help ward off the latest worrisome coronavirus mutant. 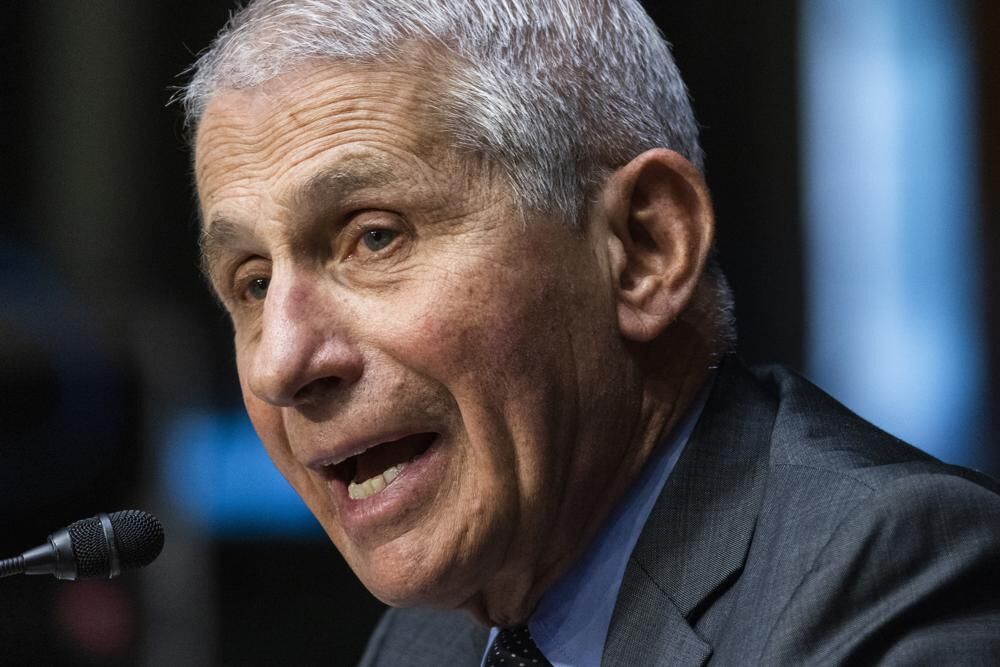 Dr. Anthony Fauci, director of the National Institute of Allergy and Infectious Diseases, speaks during a Senate Health, Education, Labor, and Pensions hearing. Fauci said July 11, 2021, “it is entirely conceivable, maybe likely” that Americans will need a third booster dose of the COVID-19 vaccine in the coming months.

Pfizer met with top U.S. health officials Monday to discuss the drugmaker’s request for federal authorization of a third dose of its COVID-19 vaccine as President Joe Biden’s chief medical adviser acknowledged that “it is entirely conceivable, maybe likely” that booster shots will be needed.

The meeting with the Food and Drug Administration and other officials came days after Pfizer asserted that booster shots would be needed within 12 months.

On Sunday, Dr. Anthony Fauci didn’t rule out the possibility but said it was too soon for the government to recommend another shot. He said the Centers for Disease Control and Prevention and the FDA did the right thing last week by pushing back against Pfizer’s assertion with their statement that they did not view booster shots as necessary “at this time.”

Fauci said clinical studies and laboratory data have yet to fully bear out the need for a booster to the current two-shot Pfizer and Moderna vaccines or the one-shot Johnson & Johnson regimen.

“Right now, given the data and the information we have, we do not need to give people a third shot,” he said. “That doesn’t mean we stop there. ... There are studies being done now ongoing as we speak about looking at the feasibility about if and when we should be boosting people.”

Fauci said it was quite possible in the coming months “as data evolves” that the government may urge a booster based on such factors as age and underlying medical conditions.

“Certainly it is entirely conceivable, maybe likely at some time, we will need a boost,″ he said.

Currently only about 48% of the U.S. population is fully vaccinated. Some parts of the country have far lower immunization rates, and in those places the delta variant is surging. Last week, Dr. Rochelle Walensky, CDC director, said that’s leading to “two truths” – highly immunized swaths of America are getting back to normal while hospitalizations are rising in other places.

Fauci said it was inexplicable that some Americans are so resistant to getting a vaccine when scientific data show how effective it is in staving off COVID-19 infections and hospitalizations, and he was dismayed by efforts to block making vaccinations more accessible, such as Biden’s suggestion of door-to-door outreach.

Gov. Asa Hutchinson, R-Ark., agreed Sunday that there is a vaccine resistance in Southern and rural states like his because “you have that more conservative approach, skepticism about government.”

Describing his efforts to boost vaccinations in his state, which is seeing rising infections, Hutchinson said “no one wants an agent knocking on a door,” but “we do want those that do not have access otherwise to make sure they know about it.”

The grassroots component of the federal vaccination campaign has been in operation since April, when supplies of shots began outpacing demand. It was outlined and funded by Congress in the $1.9 trillion COVID-19 relief bill passed in March and overwhelmingly is carried out by local officials and private sector workers and volunteers.

Rep. Adam Kinzinger, R-Ill., blasted opposition to vaccination efforts from some GOP lawmakers as “absolute insanity.” He said House Republican leader Kevin McCarthy of California and others in the party need to speak out against “these absolute clown politicians playing on your vaccine fears for their own selfish gain.”

Fauci appeared on CNN’s “State of the Union,” ABC’s “This Week” and CBS’ “Face the Nation”; Hutchinson spoke on ABC, and Kinzinger was on CNN.