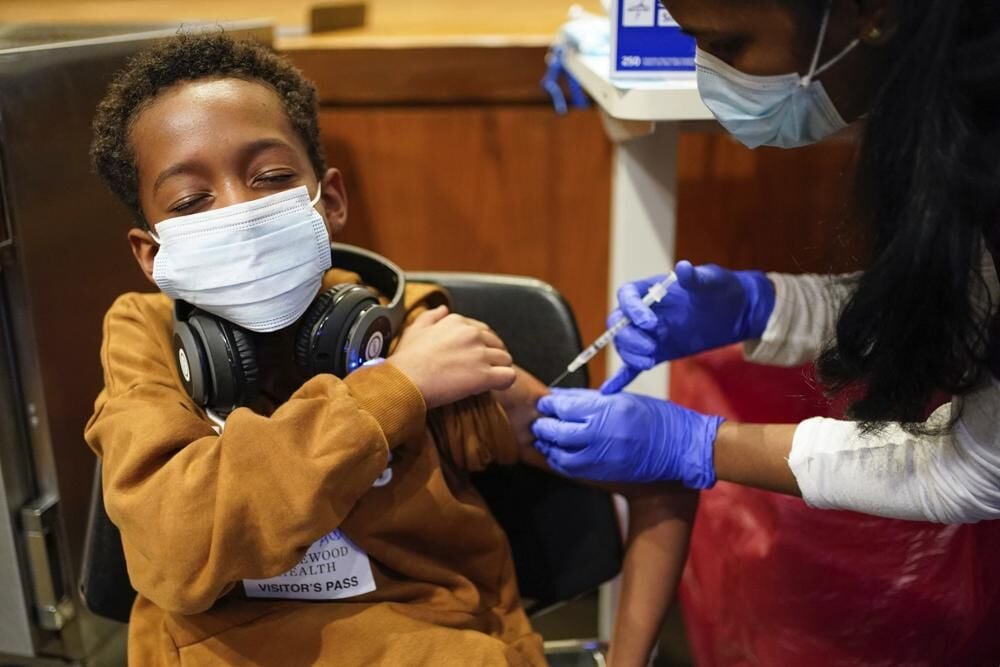 Cameron West, 9, receives a COVID-19 vaccination at Englewood Health in Englewood, N.J., Nov. 8, 2021. Health systems have released little data on the racial breakdown of youth vaccinations, and community leaders fear that Black and Latino kids are falling behind. 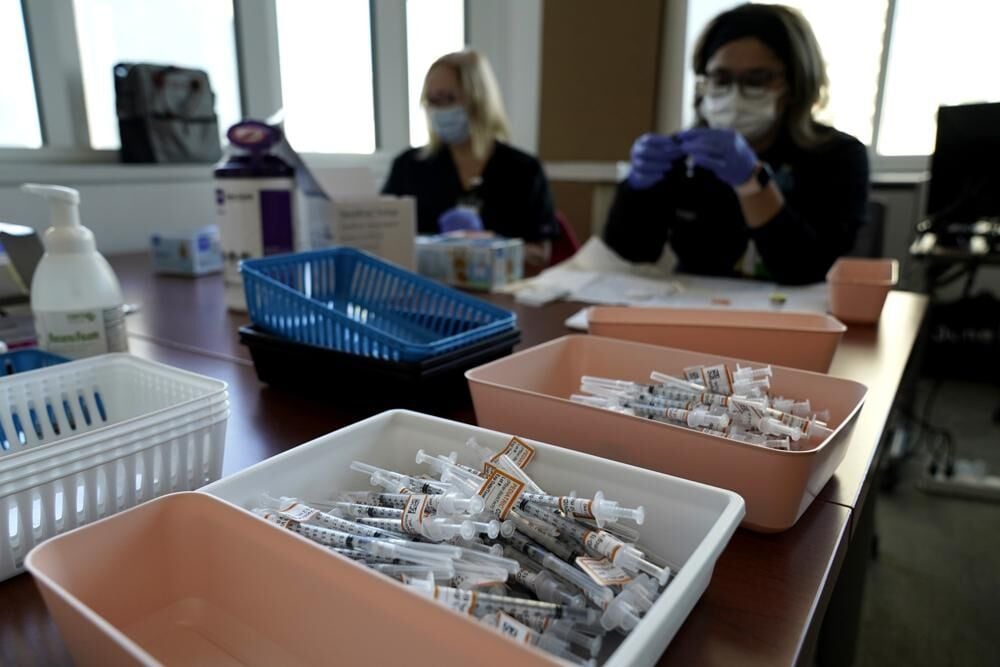 The rollout of COVID-19 shots for elementary school-age children has exposed another blind spot in the nation’s efforts to address pandemic inequalities: Health systems have released little data on the racial breakdown of youth vaccinations, and community leaders fear that Black and Latino kids are falling behind.

Only a handful of states have made public data on COVID-19 vaccinations by race and age, and the Centers for Disease Control and Prevention does not compile racial breakdowns either.

Despite the lack of hard data, public health officials and medical professionals are mindful of disparities and have been reaching out to communities of color to overcome vaccine hesitancy. That includes going into schools, messaging in other languages, deploying mobile vaccine units and emphasizing to skeptical parents that the shots are safe and powerfully effective.

Public health leaders believe racial gaps are driven by work and transportation barriers, as well as lingering reluctance and information gaps. Parents who do not have transportation will have a harder time getting their children to and from appointments. Those who do not have flexible work schedules or paid family leave may delay vaccinating their kids because they will not be able to stay home if their children have to miss school with minor side effects.

In the few places that do report child COVID-19 vaccines by race, the breakdowns vary.

Last week, parents who dropped off their children at a diverse Hartford elementary school provided a glimpse into the various opinions around child COVID-19 vaccinations. The school’s enrollment is more than 75% Latino, Black and Asian.

Some expressed mistrust of the vaccines and had no plans to get their children vaccinated. Others were completely on board. One father was skeptical at first, but said communications from the school persuaded him of the benefits of vaccinations for students, including an end to the disruptions of in-person learning.

Ed Brown says his 9-year-old son will be vaccinated because the boy’s mother feels strongly about it, even though he still has some reservations. One result of the shot becoming available for his son, Brown says, is that he will get vaccinated himself.

“I will not give my son something I don’t know is safe,” said Brown, who is Black.

Another parent, Zachary Colon, says she’s determined not to have her children vaccinated.

“I’m not vaccinating my son,” she said. “I read it got FDA approval really quickly. I’m afraid they don’t know enough about it.”

Leslie Torres-Rodriguez, the superintendent of Hartford schools, says the low vaccination rate among her students means more of them end up missing class.

“That can become another barrier for some of our families,” said Torres-Rodriguez. “Some of our families, for a variety of reasons, they don’t get the test, and so they have to wait out the seven to 10 days. And so absolutely, it has kept students home.”

In Washington, lingering reluctance in the Black community has been mirrored in low vaccination rates among Black adolescents. The most recent numbers provided by the District of Columbia Department of Health show that the rate of full vaccination among Black children ages 12-15 is just over half that of their white counterparts: 29% compared with 54%.

During a recent event to promote the start of vaccinations for children as young as age 5, Health Department Director Dr. LaQuandra Nesbitt acknowledged that reluctance has been difficult to overcome despite months of public campaigning in the nation’s capital.

“People have to want to be vaccinated,” she said. “It’s not always an access issue. It’s a choice issue.”

In Seattle, the Odessa Brown Children’s Clinic began hosting mobile clinics, offering in-home vaccinations and providing information in an array of languages to reach families who might otherwise not have gotten a shot for their kids. About 40% of the clinic’s patients are Black and 30% speak a language other than English, while 70% are on Medicaid.

Chicago’s public health department planned to expand its in-home vaccination program to ages 5 and up starting last week. Comer Children’s Hospital at the University of Chicago and the Loyola Medical Center west of Chicago both plan to send mobile pediatric vaccination units into underserved communities in the coming days.

“We’ve not invested in the data system that we absolutely need to have for public health,” Benjamin said. “That is the fundamental failure of this system.”

Without widespread numbers on who is getting the shot, it’s difficult to know what disparities may exist, says Samantha Artiga, director of the racial equity and health policy program at the Kaiser Family Foundation.

“Data are key for getting a complete picture and understanding where disparities are present,” she said. “They can be used to focus efforts and resources and then measure progress to addressing them over time.”