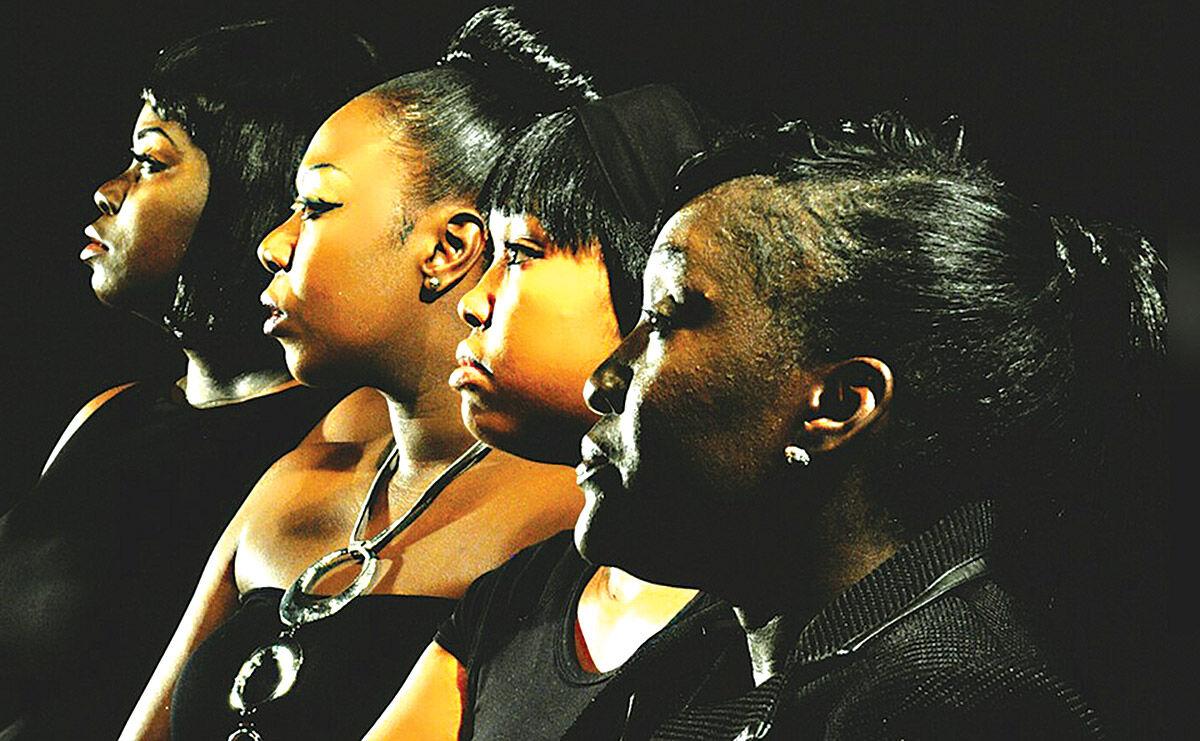 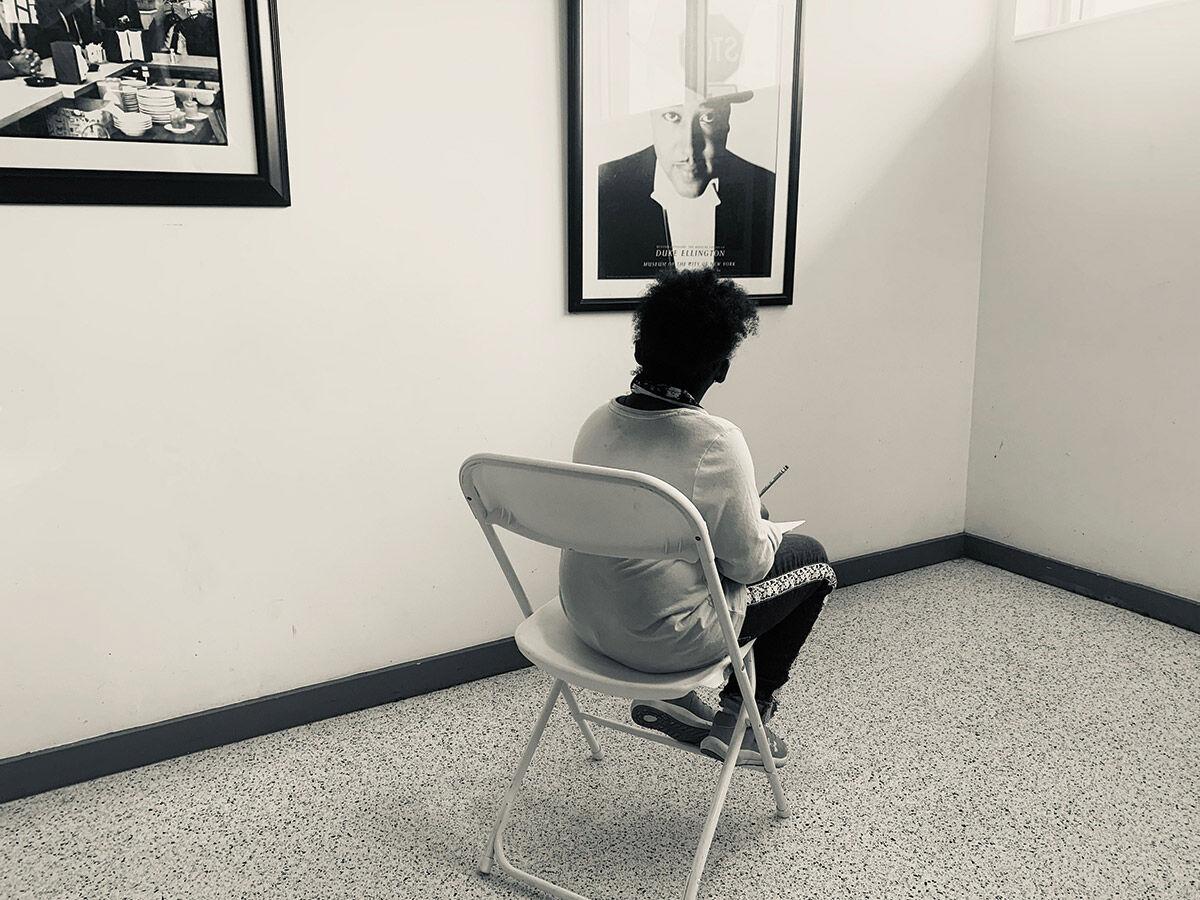 Historic Hampton House is getting its soul back.

Not that the 1953 segregation-era motel and lounge ever lost it. But like most events venues, COVID-19 has kept Miami’s unique cultural gem mostly dimmed. Plans to turn Hampton House’s lights back on are underway this month, with mandatory mask-wearing, social distancing and sanitizing protocols in place.

The former motel-turned- cultural-center launched a live music series on Nov. 13 and will commence a new film series on Nov. 19, both celebrating African American culture and pride.

“This is a beautiful facility with an amazing history, and we see the chance to push it forward,” said Historic Hampton House interim CEO Imani Warren, talking about these and other plans. “We’re trying to let the community and Miami know that we’re open, that you can come enjoy yourself and you can be safe.”

Warren said the cultural center will limit the amount of in-house tickets sold and is working on providing livestreaming for the concerts.

In its heyday, Hampton House, located in the Brownsville neighborhood near Liberty City, was a place where Black visitors felt safe in the Jim Crow era. With its midcentury style, plus a jazz club, restaurant and swimming pool, the motel was a crown jewel of the “Green Book,” the guide for African American travelers during segregation.

Hampton House welcomed Black celebrities who performed at Miami Beach hotels but could not spend the night there. Martin Luther King Jr. is said to have tried out his famous “I Have A Dream” speech at the motel a few years before delivering it during the 1963 March on Washington. Malcolm X and then Cassius Clay ate ice cream together in the Hampton House cafeteria to celebrate the young boxer’s 1964 victory over heavyweight champion Sonny Liston. White performers like Frank Sinatra and Vic Damone trekked to Hampton House to visit or perform at its jazz lounge. The motel was also a place for community weddings, anniversaries, beauty contests and other events.

“It’s always been a symbol of human dignity and inclusion,” said Keith Clarke, curator of Hampton House’s jazz and film series. “It was a place for people to build bridges, go out and seek equality.”

Clarke grew up in Brownsville and remembers attending a Hampton House music program for youngsters. Now, he is trying to build his own bridges, hoping to attract people who have never heard about the historic venue.

The music series kicked off on Nov. 13 and 14 with Ladies of Simone and The Simone Band, a tribute to the high priestess of soul, Nina Simone. The first film to be featured is “(In)Visible Portraits” by director Oge Egbuonu, who looks at the experience of Black women in America. It shows Thursday, Nov. 19.

Among its plans for the new year, Hampton House is working on guided audio tours, where visitors can see, among other things, the suite where King stayed, and listen to one of his speeches. Warren also hopes to organize an event celebrating “One Night In Miami,” a new motion picture based on a fictionalized encounter between Malcom X, Cassius Clay, Jim Brown and Sam Cooke that takes place at the famed Miami motel. The film, Regina King’s directorial debut, is scheduled for a limited theater release on Christmas Day and a Jan. 15 release on Amazon Prime.

For more information on the Historic Hampton House, or the music and film series, visit HistoricHamptonHouse.org or the Miami Jazz and Film Society Facebook page at Facebook.com/miamijazzandfilmsociety.

Concerts are from 7 – 10 p.m., with doors opening at 6:30 p.m. and ticket intake starting at 6 p.m. Tickets are $15 and can be purchased through Eventbrite or HistoricHamptonHouse.org.

Jan. 18: A Martin Luther King Jr. Celebration will feature Junkanoo bands for a carnival atmosphere. If conditions allow, “there will be dancing, whistles, percussion, call and response – a joyful experience,” said Clarke.

An eclectic mix of documentaries and feature films on a wide range of topics and characters will run from Nov. 19 – Jan. 21. Two films will be shown per night starting at 6:30 p.m., with doors opening at 6 p.m. Admission is $10, and tickets can be purchased through Eventbrite or

“(In)Visible Portraits” by director Oge Egbuonu, who looks at the experience of Black women in America.

“Music is My Life, Politics My Mistress,” on the life of poet, singer, musician and activist Oscar Brown Jr.

“And Still I Rise,” which explores the life of poet and activist Maya Angelou.

“Moolaadé” by Senegalese writer and director Ousmane Sembène, who tackles the subject of female genital mutilation.

“Edge of the City,” a 1957 film-noir drama with John Cassavetes and Sidney Poitier.

“Nothing But A Man,” a 1964 film on the theme of racial discrimination, starring jazz singer-actress Abbey Lincoln.

“Muhammad Ali – Beyond the Ropes,” on the life of the legendary boxer. The program also includes a speech by Ali and a testimonial on why he became a Muslim.

“The Journey of the African-American Athlete,” on the history of Black athletes in U.S. sports.

ArtburstMiami.com is a nonprofit source of theater, dance, visual arts, music and performing arts news. Sign up for our newsletter and never miss a story.