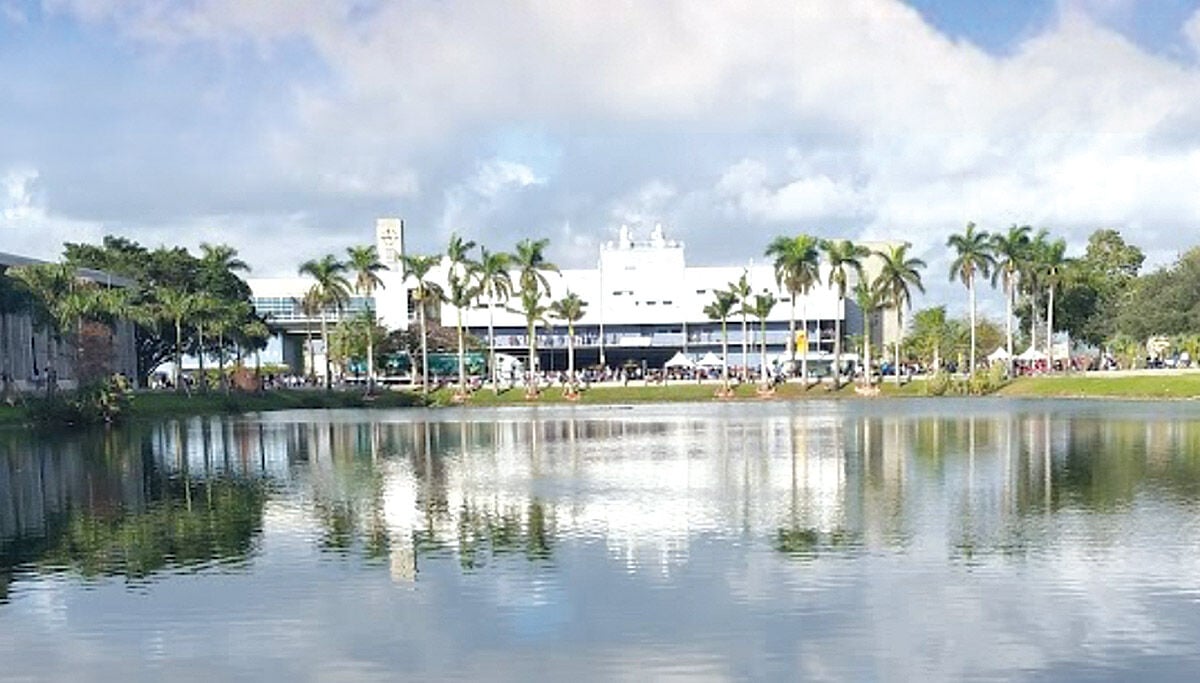 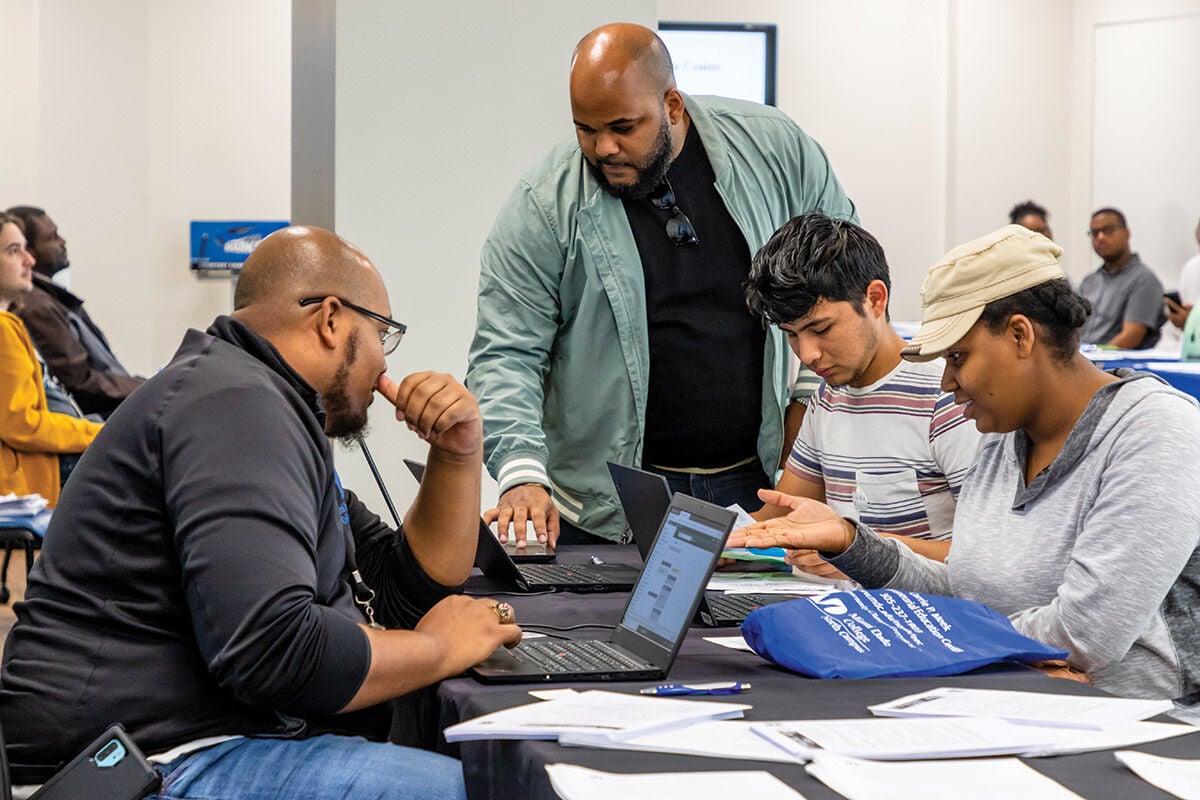 Individuals speaking to school faculty at the Carrie Meek Center’s open house, prior to COVID-19 in February.

As college enrollment has dipped nationwide due to the coronavirus pandemic, student numbers are up for Miami Dade College’s Kick-Start Your Career program, executed in the Carrie P. Meek Entrepreneurial Education Center at MDC’s North Campus.

“I attach [enrollment growth] to a couple of things: One, we have new programs, and they are viable in the workforce right now,” said Marcella Holness, Kick-Start’s executive director. “And then I would also say that the increase in our enrollment to where it is over 30% today, is that we’re a smaller environment, so we have the opportunity to interact directly with students and talk through some of their concerns. We’re not dealing with the same volume of students as ... large campuses where you don’t have that time to connect with a student one-on-one.”

Launched remotely during the summer term, Kick-Start offers certifications in digital marketing, network security and early childhood education, among others, without the cost of a two- or four-year college degree. Since Sept. 28, MDC students have had the option to return to in-person instruction or continue learning from home.

Those eligible receive a scholarship and stipend from the program to cover tuition, materials and fees. The college also issues laptops and hot spot access to students who may need it.

For 18-year-old physical therapist assistant major Aaliyah Francois, Kick-Start was helpful because she chose the programs she was most interested in – digital marketing and network security. She used the scholarship and stipend money she received to continue her education at MDC.

“Now is a hard time to find work and there’s people getting pay cuts and things like that, so this is a way of me getting an education for myself. … I know there’s students just like me that can use this opportunity,” she said.

Francois chose to join the program after receiving a phone call from the college right before she graduated from high school.

“The stipend was a critical piece to the benefits of the program, especially in the conditions that we’re dealing with, with a lot of students possibly losing their jobs due to COVID-19, so this would give them the opportunity to experience higher education while, at the same time, help them through this time,” said Holness.

Ariana McCartney, 23, is enrolled in the digital marketing course and is in the process of obtaining her certifications from the program, including one from Facebook – an advantage she says stands out on a résumé.

Students return to MDC’s North Campus on Sept. 28 after the college reopened its classrooms.

She has her own culinary business where she caters for customers – Looli’s Kitchen – which is the nickname her father gave her growing up. She does not like social media, but understands that it is necessary today when starting a business.

“I figured if I learned how to market my business better on social media platforms, it would have better outcomes,” McCartney said. “It was the perfect time to enroll in the program because I wasn’t able to cook for customers during quarantine, so I was like, ‘I might as well do it.’”

Jacorey Paul, 21, stepped into the program because the certification he will be earning now in cyber security pairs up his major, information technology, so he is, “knocking out two birds with one stone.”

He feels more people should apply for the program, as there are less than 15 students in his class this semester.

“I think this program should be shared around more because there’s not a lot of students enrolled in the classes right now,” he said. “I think it’s a great opportunity and I’ve tried to let some of my friends with majors similar to mine know about it, but I don’t know if I let them know late or if they weren’t interested in it.”

Anthony Lee, professor for network security, said that Kick-Start equips students to compete locally with others that are applying for the same job opportunities, and he likes to introduce students to the idea of choosing a certification over a degree.

Serving the community for more than 30 years, the Carrie Meek Center provides educational services for financially challenged individuals in low-income areas. When marketing Kick-Start, the college made a push into the Liberty City area to encourage people to take the program into consideration and to advise them that it would make them employable during this time.

Student getting her temperature checked

A student getting her temperature checked on the reopening of MDC’s North Campus on Sept. 28.

Kick-Start was funded through a donation by the Wolfson Family Foundation. Some of the organizations that helped spread the word around include the Liberty City Coalition and Miami Children’s Initiative.

“I see the Meek Center as a light shining in a community that is sometimes overlooked or forgotten, and I think that having the center is vital to bringing opportunities to students to eliminate a lot of the barriers that they face when considering going back to school or fulfilling their dreams and trying to progress,” said digital marketing professor Allison Hudson. “It has literally opened doors.”