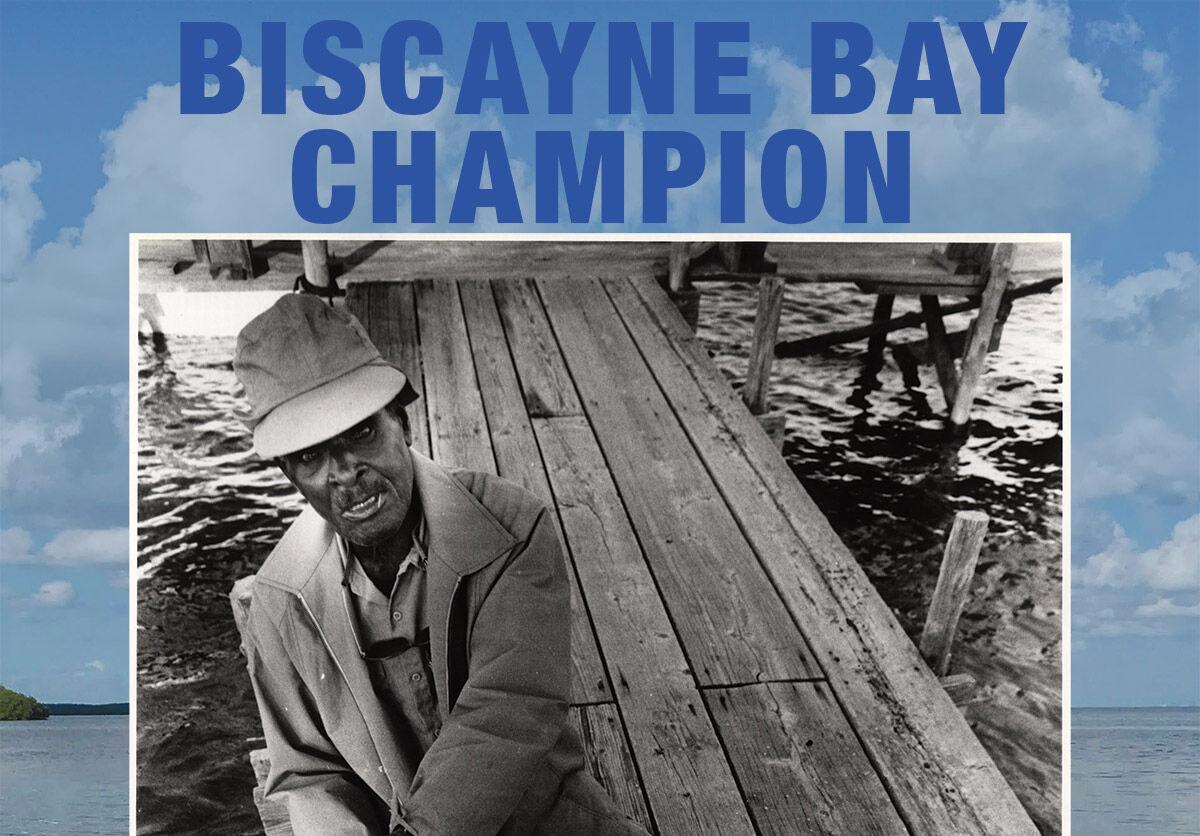 Lancelot Jones cleaning fish on his dock at Porgy Key in 1985. The Jones family’s sale of the land made way for the establishment of Biscayne National Park. 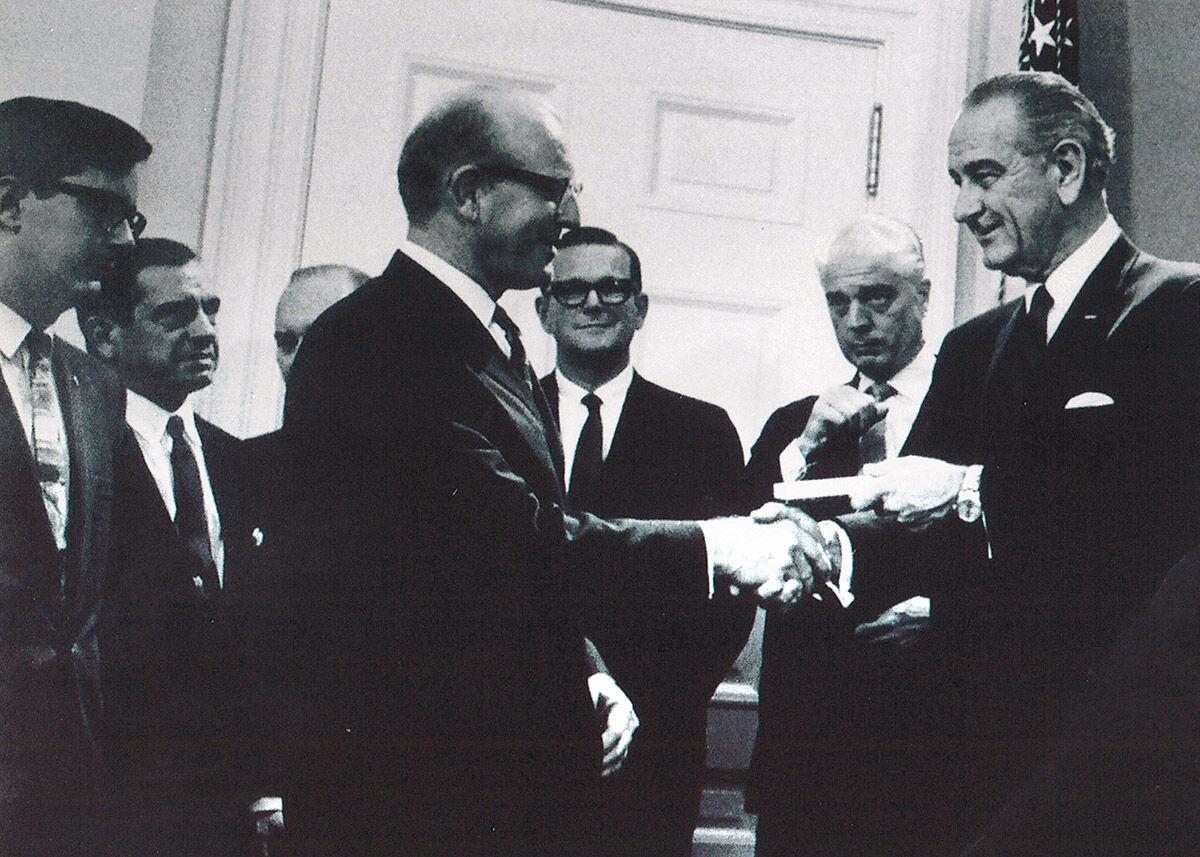 Sir Lancelot Garfield Jones was born on a boat in Biscayne Bay. His life spanned nearly a century, most of it spent between water and land, the land being a small island called Porgy Key. He left as his legacy Biscayne National Park.

Lloyd Miller spent the better part of his 100 years defending Biscayne Bay, where he too could be found most often on a boat, fishing. He passed away this year in Homestead, also leaving behind him the great gift of the park.

This month marks the 40th anniversary of the creation of Biscayne National Park, first established as Biscayne National Monument in 1968 to protect the “rare combinations of terrestrial, marine and amphibious life in a tropical setting of great natural beauty.” Its 173,000 acres lie mostly underwater beginning just south of Key Biscayne, where the park merges with the protected waters of the state-designated Biscayne Bay Aquatic Preserve.

Jones and Miller came from vastly different backgrounds. Jones grew up helping his father, Israel Lafayette “Parson” Jones, whose family was enslaved in North Carolina, cultivate limes and pineapples on islands in the bay.

Miller was a transplant to Florida from Pennsylvania, a Pan American Airlines employee and an angler passionate about sport fishing.

But both men knew this to be true: They were lucky to live among the coral, sponges, sea turtles and anemones of Miami’s magical, tropical sea. And they weren’t about to let oil refineries, an industrial port or a Miami Beach-size development destroy it.

Jones and Miller were united by a love of fishing and the resolute belief that the beauty and bounty of Biscayne Bay should not be despoiled, but shared for generations to come.

Lancelot Jones standing on his dock at Porgy Key in 1985. He lived on the island well into his 80s, until the day before Hurricane Andrew hit …

If Miller is considered the “father” of Biscayne National Park, Jones is its soul. It was the sale of Jones’ family homestead of Porgy Key and two other small islands that cinched the deal behind the creation of Biscayne National Monument, saving the mostly underwater park from dredging, pollution and hardcore coastal development. The designation took years, involved congressional approval, stubborn wrangling by Miller working with a small group of committed activists and even a few fishing trips to convince key lawmakers.

“All in all, the Monument is a good thing,” Jones was quoted in a Miami Herald article a decade later. “Some people would have liked to make this place the No. 2 Miami Beach, but I think it’s good for people to have somewhere that they can go to leave the hustle and bustle behind and get out into the quietude of nature.”

In his memoir, “Biscayne National Park: It Almost Wasn’t,” Miller included a memory of Jones, then in his 70s, at a picnic gathering of the local chapter of the Izaak Walton League, a national conservation group:

“The man most knowledgeable about the island environment was there too, like a friendly neighbor who happened to drop in. He is Lancelot Jones, who has lived on an island across the creek for most of his life and was a rich man even before he had money, which he got by selling his property to the government. He spent some of the time identifying plants and trees and explaining to the children how the horseshoe crab, unlike the lobster, is able to crawl out of its shell without doing any damage to it.”

This anecdote comes from former Miami Herald environmental reporter Juanita Greene, who championed the establishment of the park with her courageous reporting, bucking her publisher and the entire political and business establishment of Miami, which at the time supported both the oil fineries and island development.

Biscayne National Park recognizes the second Monday in October as Lancelot Jones Day, commemorating the quiet man who relished the peace of his life on an island in the sea. Porgy Key and the Jones homestead are on the National Register of Historic Places. And there are plans underway for a permanent exhibit on the contributions of the Jones family at the Dante Fascell Visitor Center, located on Sir Lancelot Jones Way in Homestead.

“I am alone but I’m not lonely,” Jones once said of his life on Porgy Key. “When you have plenty of interests like the water and woods, the birds and the fish, you don’t get lonely.”

He lived in that splendor well into his 80s, until the day before Hurricane Andrew hit in 1992.

Now it is up to a new generation to carry on Jones’ legacy, challenged by new foes: climate change, pollution, overfishing, coral bleaching, overuse and also what can only be described as a lack of awe and wonder for a unique landscape.

The challenges seem insurmountable. But so it also seemed to the environmental activists and to the Jones family, who carved a life from the watery wilderness and then, like the horseshoe crab, exited it without leaving any damage.