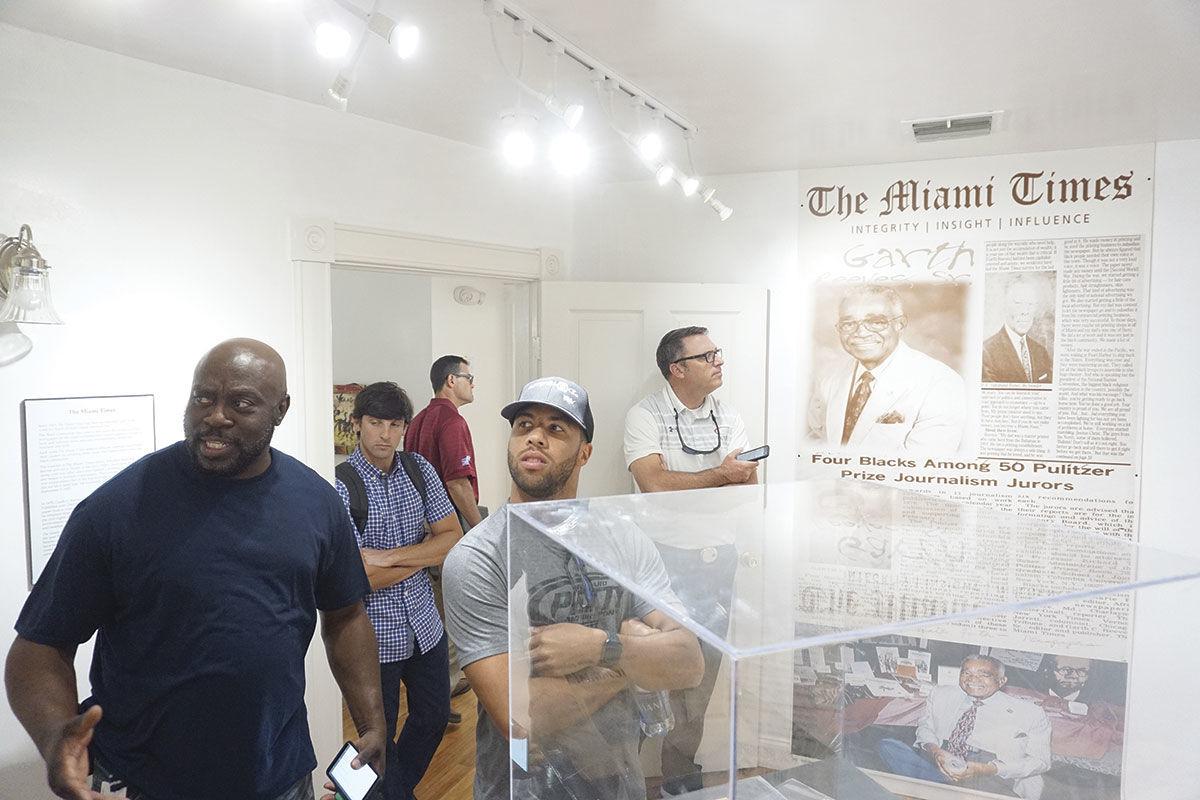 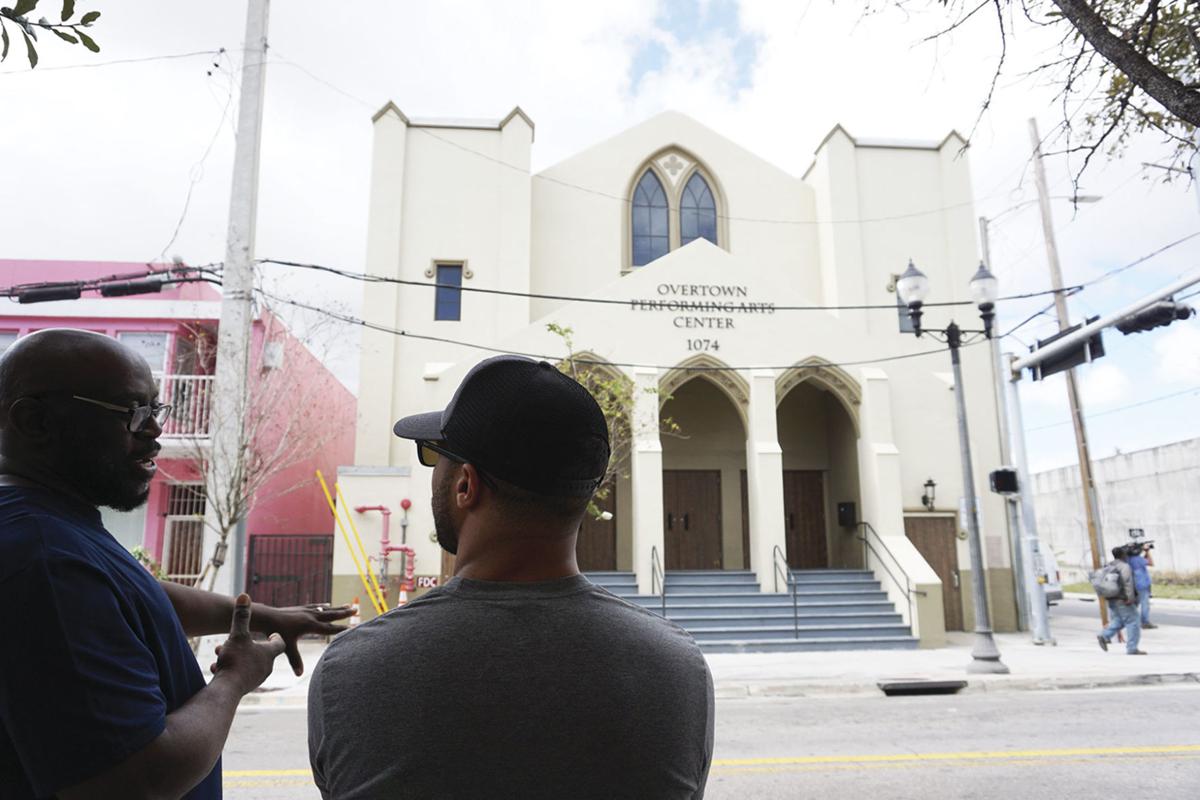 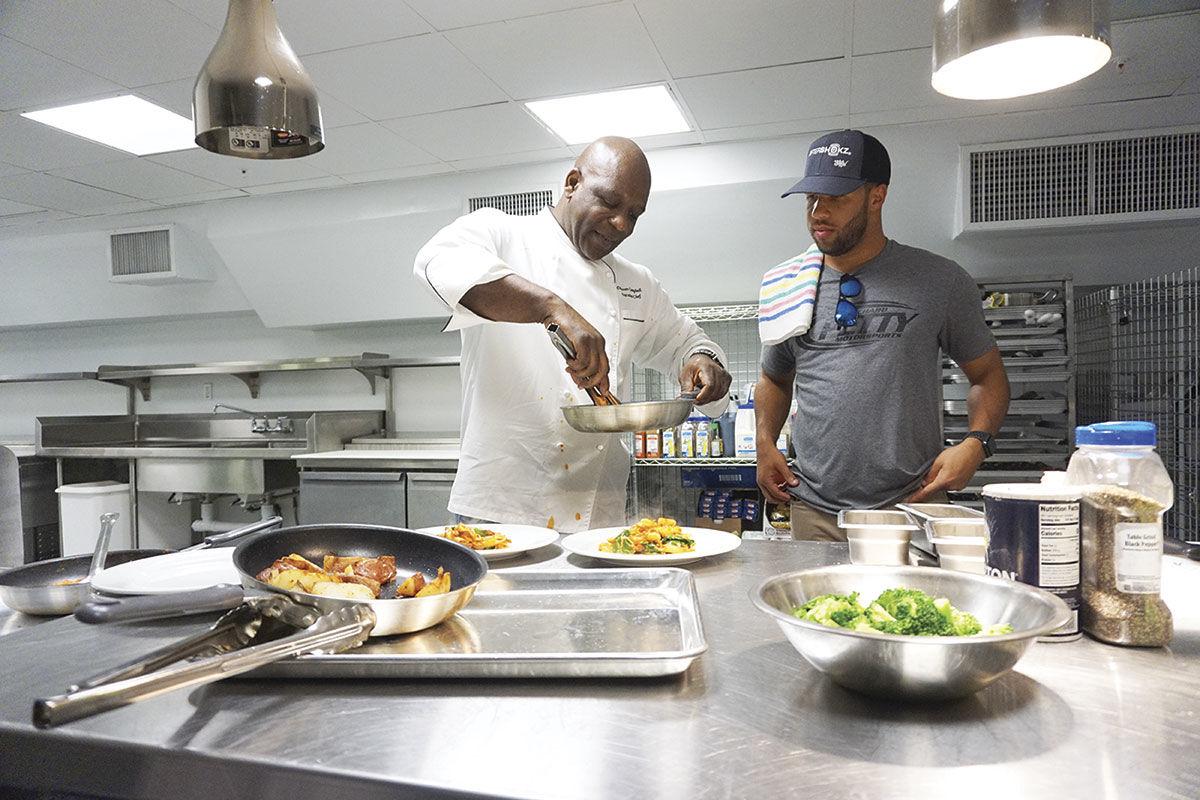 Darrell “Bubba” Wallace helps prepare food along with the chef of the Culinary Training Program at the Overtown Performing Arts Center. 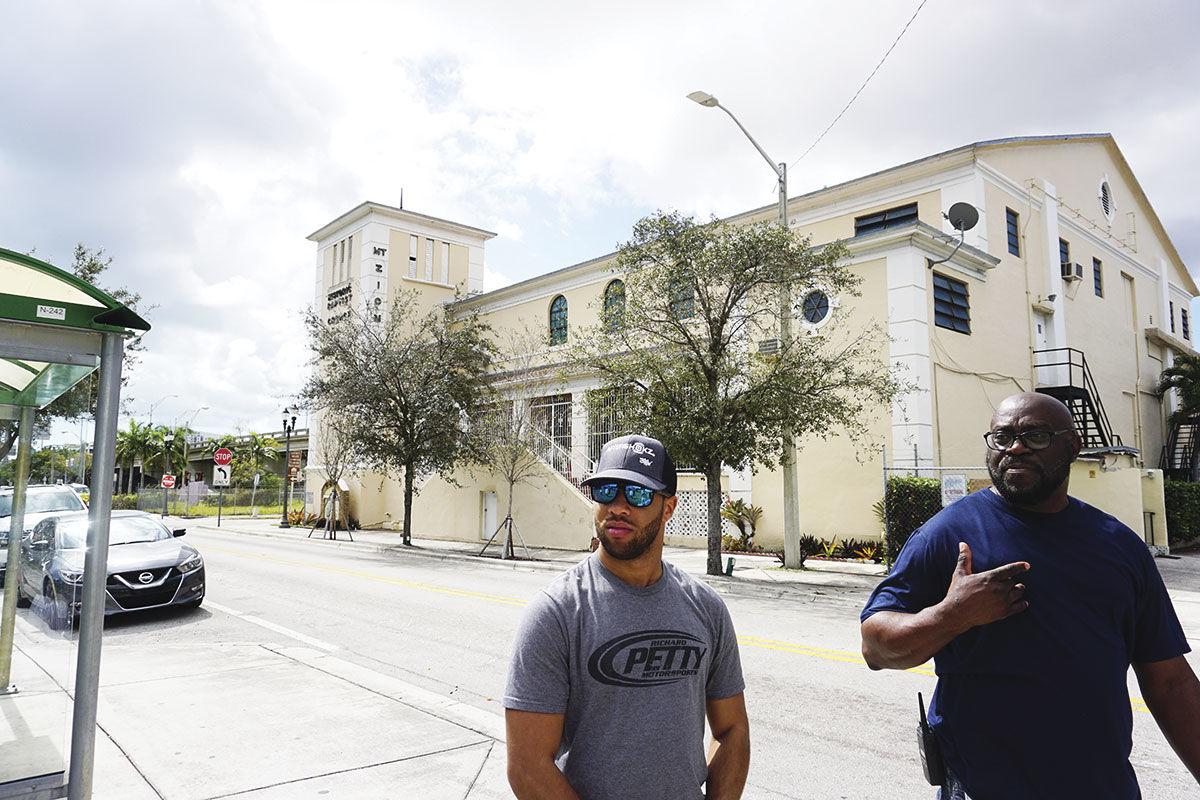 Darrell “Bubba” Wallace helps prepare food along with the chef of the Culinary Training Program at the Overtown Performing Arts Center.

In preparation for the start of the NASCAR season, one of the sport’s best Black drivers decided to drive down to Miami to learn about its Black history.

Darrell “Bubba” Wallace, who made history at last year’s Daytona 500, immersed himself in the history of Black Miami by taking a tour of Overtown on Friday. Wallace visited key Overtown institutions such as the Black Archives Historic Lyric Theater, the D.A. Dorsey House and the Ward Rooming House as a part of Nascar’s Black History Month celebration.

Wallace, 25, and one of the sport’s youngest drivers, placed second at the Daytona 500 last year, the highest finish for a Black driver since the 1950s and the best placing in the race for a full-time rookie.

Though Wallace has been in South Florida before, his trips are usually a straight shot to the Homestead-Miami Speedway, never passing through places like Overtown.

For the better part of the afternoon, Wallace enjoyed a tour of the neighborhood led by the Black Archives’ Executive Director Timothy Barber. They made stops throughout Overtown including at the Dorsey House, home of Miami’s first Black millionaire, which has a room dedicated to The Miami Times and the  Dunn & Josephine Hotel. Afterward, he enjoyed a soul food lunch at the Little Greenhouse Grill.

“It’s awesome to have this time and take it all in,” Wallace said of the opportunity to learn about the local Black history of Miami. “What you have here is us in everyday life.”

As promotion for the Daytona 500 happening on Feb. 17, many drivers are spread out throughout the state promoting the race, said Neal Gulkis, spokesman for the Homestead-Miami Speedway. The goal of the tour was to expose Wallace to the Black history of Miami, Gulkis said.

Wallace represents the kind of diversity that NASCAR needs. He believes that drivers and fans are accepting him and the future he has in the sport. “Being on the big stage, when they call my name out, you get kind of a loud cheer,” Wallace said. “I think I’m well accepted out there.”