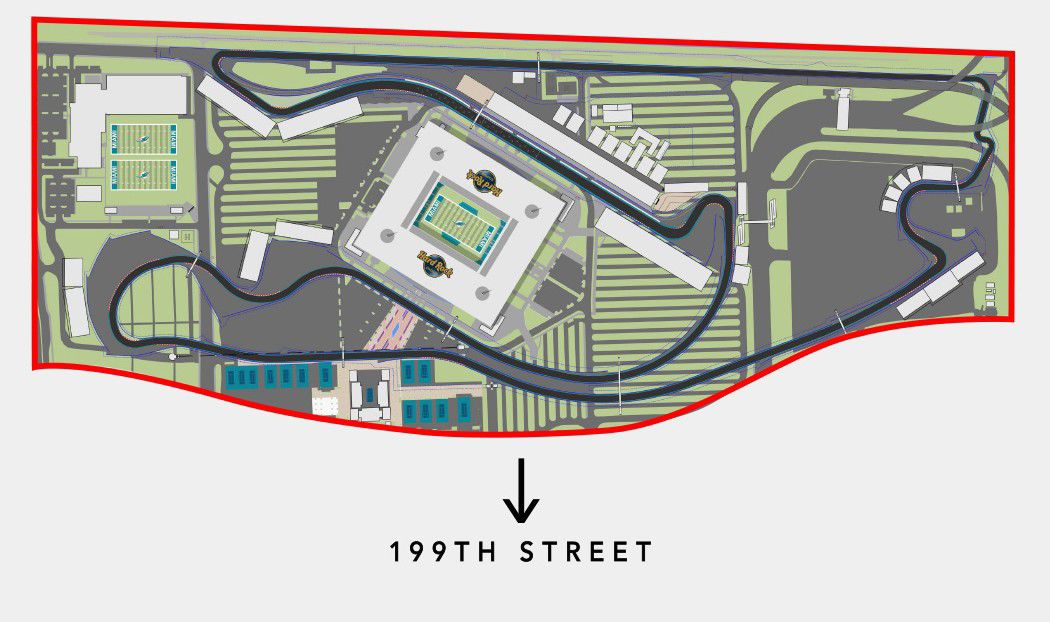 The new track design eliminates the use of Northwest 199th Street in Miami Gardens for racing. 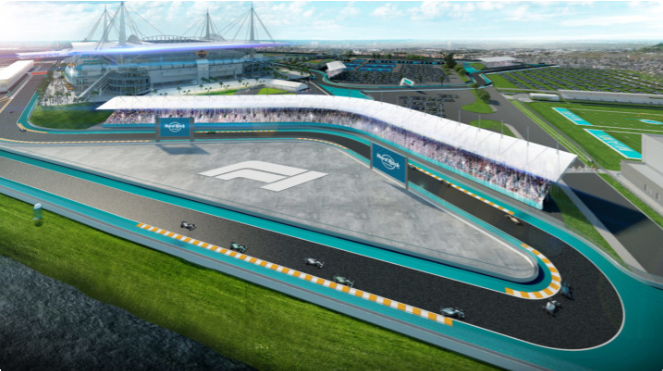 Residents of Miami Gardens protested Formula 1's use of a track that came close to homes.

The new track design eliminates the use of Northwest 199th Street in Miami Gardens for racing.

Residents of Miami Gardens protested Formula 1's use of a track that came close to homes.

Feedback from months of meetings with Stephen Ross and others pushing for F1 in Miami-Dade, elected officials at the county and city level and heads of local organizations, lead them to conclude the primary concern of residents was the use of Northwest 199 Street.

Design engineers reconfigured the track, according to direction from officials of Hard Rock Stadium and Formula One.

The changes come a day before Miami-Dade County Commissioners would further discuss removing auto racing from the Stadium Zoning District and requiring a special approval process to race. Sponsored by Commissioner Barbara J. Jordan, the ordinance passed on first reading. As of this writing, the item is on the agenda for Wednesday’s Board of County Commissioners meeting. Last Thursday, Jordan’s office held a townhall meeting to rev up support for her ordinance.

If passed, the change would essentially prevent F1 racing from taking place in Miami Gardens.

Another concern of residents is the noise level of Formula One races, which is over 120 decibels – 40 decibels higher than 80, the safe levels set by the Occupational Safety and Health Administration. There are homes all around the stadium, which is located at 347 Don Shula Dr.

Betty T. Ferguson has lead the opposition to Formula One at the grassroots level with the Unrepresented People’s Positive Action Council. Ferguson declined comment about the redesign as she has yet to see it.

However, Ferguson said of a track redesign generally, “At this point, I don’t see where it addresses air pollution and noise pollution, and those were my main concerns. I have to see what they’re addressing.”

Officials of Hard Rock Stadium and Formula One provided community groups, the clergy and local elected officials “substantial scientific evidence” that there are no “credible health threats” to residents caused by the racing.

Tom Garfinkel, vice chairman and CEO, of Miami Dolphins and Hard Rock Stadium said the region and the people who live in it are why events in the stadium are of high value.

“The Formula 1 Miami Grand Prix is another example of a world-class event coming to our region. Like the Super Bowl, an event like this provides a unique opportunity to proudly showcase our region to the world. We want these events to benefit everyone in the region, including local Miami Gardens residents," Garfinkel said in a written statement.

"And we look forward to speaking with School Board Vice Chair and District ‪1 School Board Member Dr.‬ Steve Gallon III, Superintendent Carvalho and the District about bringing innovative STEM programming to local students. 'Formula 1 in Schools,’ a global engineering competition, is one such program we would like to explore."

Race organizers will launch a vendor program to qualified, local and diverse small businesses to provide goods and services in connection with the Formula 1 Miami Grand Prix.