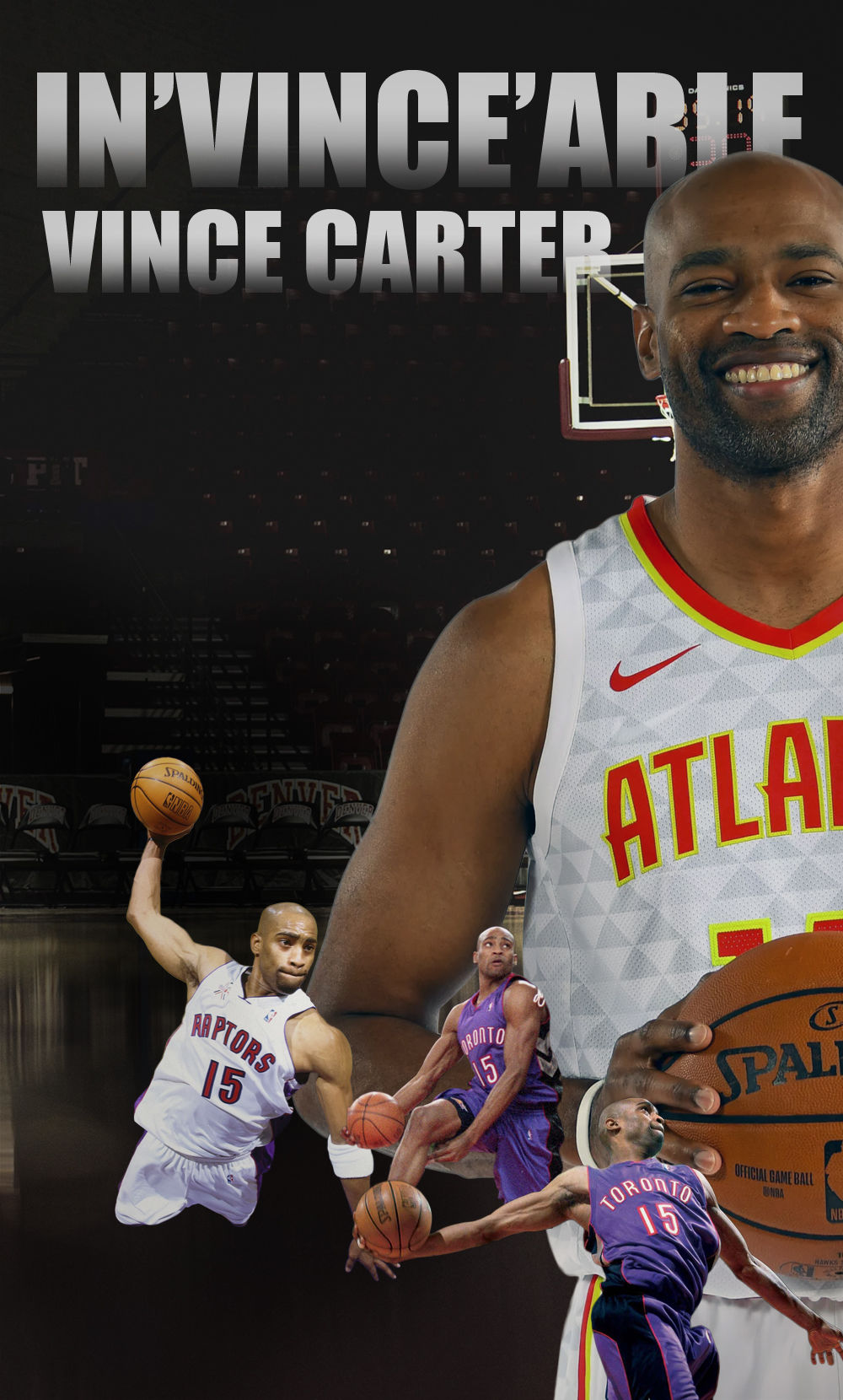 Hailing from Daytona Beach, the Florida native was drafted in the first round, fifth overall in 1998. He won rookie of the year in 1999.

What better way to ring in a new year and a new decade than with a story that has bounced across four different decades.

Atlanta Hawks’ forward Vince Carter ushered us into the new year making history when he took to the floor on Saturday night at State Farm Arena against the Indiana Pacers. He entered the game in the first quarter to a standing ovation.

Hailing from Daytona Beach, the Florida native was drafted in the first round, fifth overall in 1998. He won rookie of the year in 1999.

He is an eight-time NBA All Star and he is continuing to write “his-story.”

At age 42, Carter is currently the oldest player in the league. His longevity is unparalleled. Kareem Abdul-Jabbar missed by one season. He played in the ‘60s, ‘70s and late into the ‘80s.

But as far as age goes, Carter has a few years to go to catch up with the oldest player to ever play in the league. Nat Hickey (a coach that put himself into the game) holds that title at the age of 45 years and 363 days old.

Most NBA players are ready for retirement by the time they reach their mid-to-late thirties, but Vince Carter is not most players. He is much like the Energizer Bunny … he keeps going and going and going.

He is truly a player for all decade – a “true playa fo real” in my Usher voice.

Vince Lamar Carter (his government name) is known for his insane dunks, hence the nickname “Vinsanity.”

He is regarded as one of the best dunkers in the history of the game.

He wowed us with his 360-degree windmill dunk at the 2000 NBA All Star game dunk contest.

Sports Illustrated ranked it No. 1 in the history of the dunk competition.

He played for the Toronto Raptors earning the nickname of “Air Canada.”

He soared through the air with the greatest of ease and thrilled us with a dunk that you could not believe.

Carter took flight over the head of a 7-foot-2 French player in the 2000 Summer Olympics in Australia.

The dunk was so lethal that the French called it “le dunk de la mort” – the dunk of death.

Carter isn’t called half man, half amazing for no reason.

Carter shared his thoughts in an interview with Fox Sports attempting to put this amazing feat in some kind of perspective.

“I still don’t understand what that means. When I talk about players and the history of the game and that I was fortunate enough to play against M.J., Barkley, Olajuwon. You think of the 90s. And the fact that I’m still here playing basketball that’s what comes with it. But it’s like uncharted territory.”

He has said that his one goal every summer was trying to compete against a kid that could probably be his son.

He worked on different aspects of his game (3-point shot, defense) to keep himself viable and a dependable role player.

Indeed, Carter is on a list all his own and a future Hall of Famer, for sure.

He has said that this will be his last season.

But if for some reason he is still jonesing for basketball, there is always Ice Cube’s Big3.