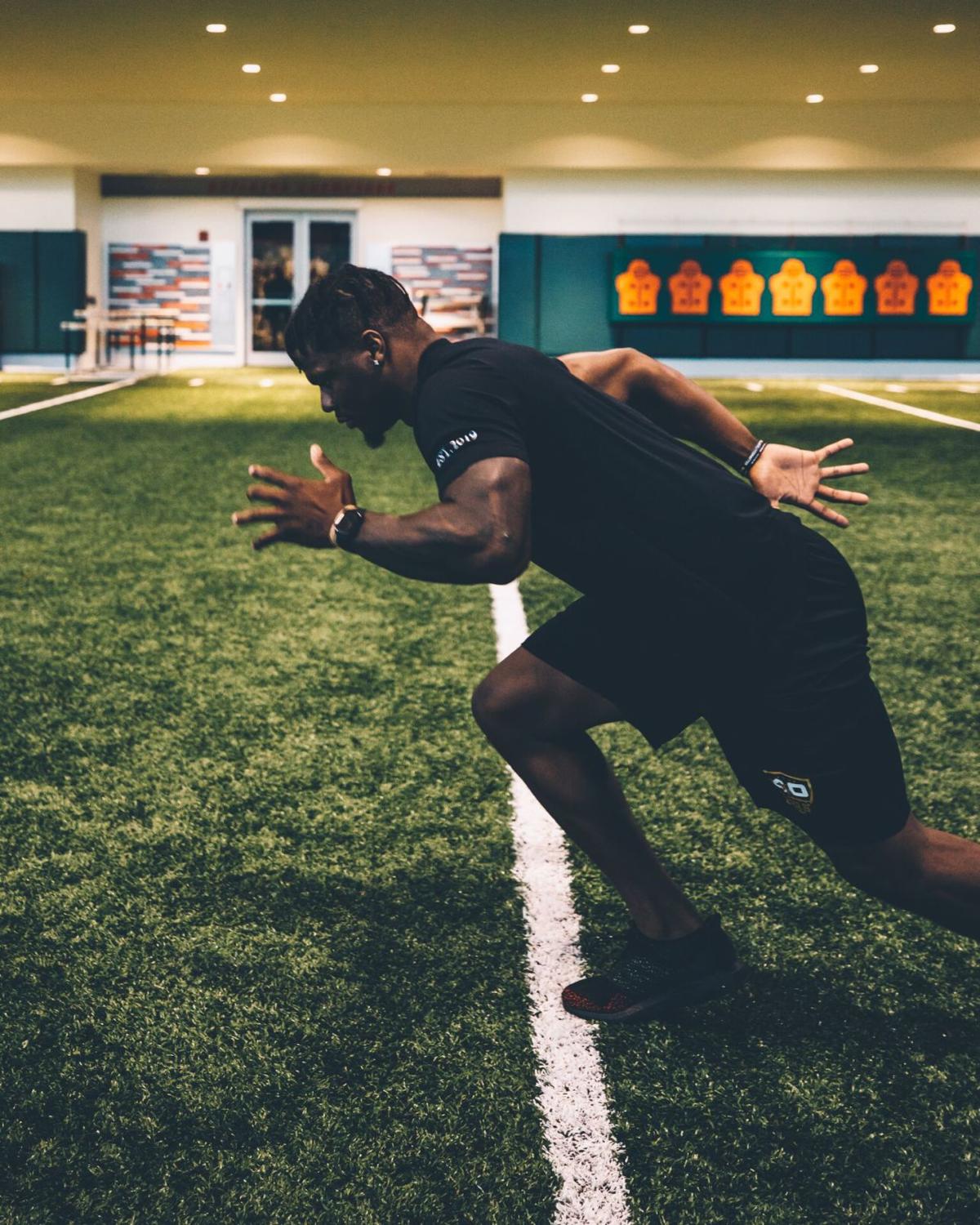 40 Yards of Gold is the first track-like competition that aims to crown the fastest player in the National Football League. 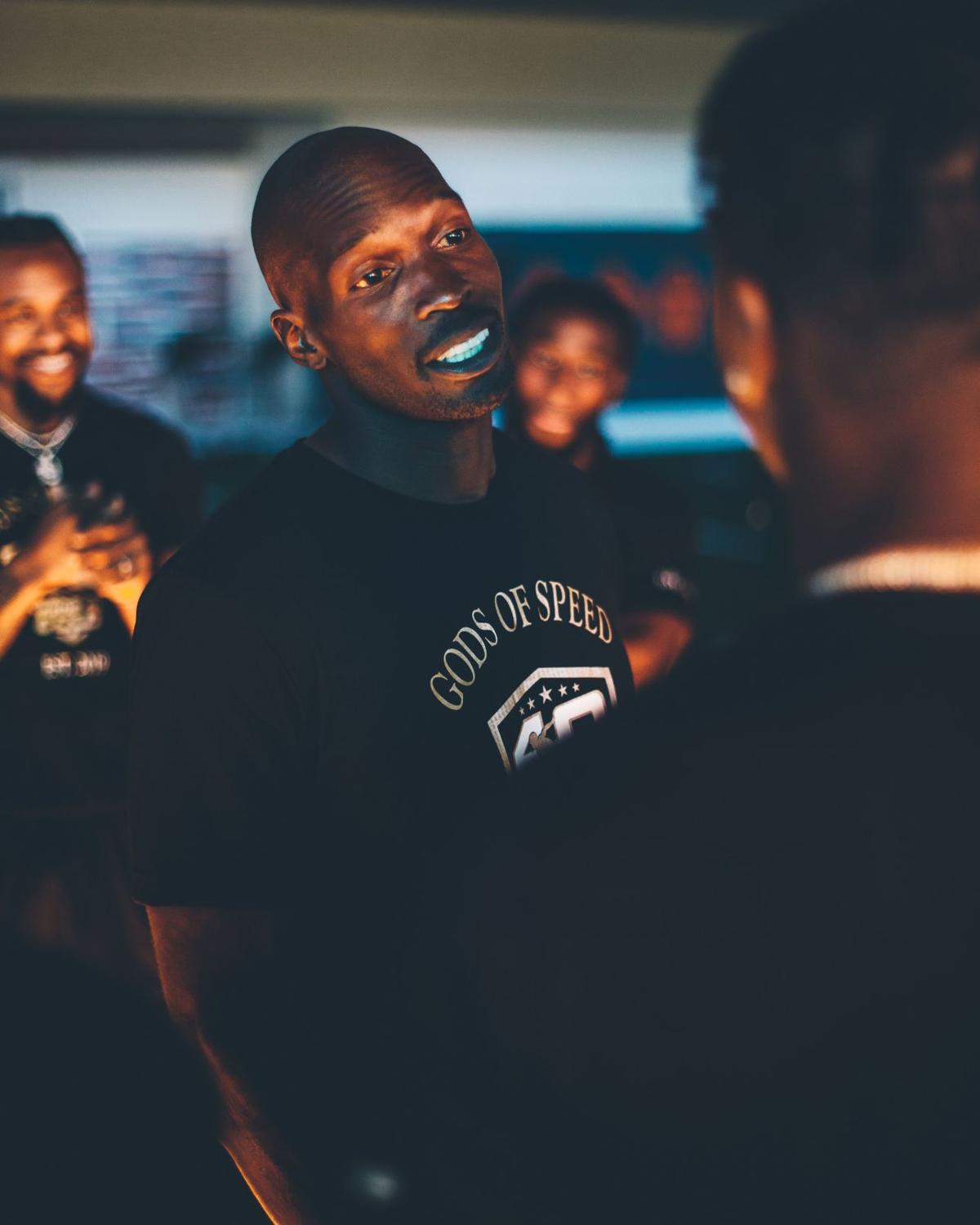 Miami native, Chad “Ochocinco” Johnson known for his speed and athletic prowess will host the 40 Yards of Gold tournament on June 29th.

40 Yards of Gold is the first track-like competition that aims to crown the fastest player in the National Football League.

Miami native, Chad “Ochocinco” Johnson known for his speed and athletic prowess will host the 40 Yards of Gold tournament on June 29th.

Who is the fastest player in the National Football League?

Players and fans alike, have wondered if that question could ever be answered, because there was no system in place that could tackle such a daunting query. Until now.

40 Yards of Gold All-Star Speed Tournament is a new competition coming to South Florida, which seeks to identify the fastest player in the league. The winner takes home a whopping $1.1 million cash prize, and, is crowned the title of “fastest player in the league.” Its host, a Miami native, once raced a horse in a brute display of athletic prowess.

40 Yards of Gold All-Star Speed Tournament, hosted by Chad “Ochocinco” Johnson, takes place from 7 - 10 p.m. on Saturday, June 29 , at the BB&T Center in Sunrise and will be broadcast via Pay-Per-View. The event will feature the fastest NFL players racing head-to-head in a high-stakes tournament that blends live sports, entertainment and technology.

“I’m honored to host this must-see speed competition in Miami to crown the gods of speed,” Johnson said.

Mercury, the Roman god of speed and agility, and Hermes, the Greek god known for his winged sandals, may be watching.

The event is the brainchild of former University of Michigan players, Charles Stewart and Alijah Bradley who, since 2012, have been working to create a unique and safe competition aimed at crowning the league’s fastest player.

Organizers say the competition is expected to benefit players, fans and the South Florida community.

Players have an opportunity to compete without wearing a helmet, which will help them with branding and marketing. The fans get to attend an event during a dead time on the football calendar – the period after the NFL draft and before the start of the preseason games. And all eyes will be on South Florida as the entire football world tune in to find out who runs away with the fastest player title.

“This is the first event of this kind in history,” Stewart said. “It’s exciting and exhilarating. Fans want to know who the fastest man is,” Bradley said.

In an attempt to show his speed during his days with the Cincinnati Bengals circa 2007, Johnson ran a race against a horse. He beat the horse, though he had a head start.

“There’s always talk about who the fastest football player is,” Johnson said.

Fans voted to select the players participating in the 40 Yards of Gold All-Star Speed Tournament races. Divided into two groups, offense, and defense, players will race a 40-yard dash in their perspective division, until the last standing offensive and defensive players meet in the final round.

“The way to determine who is the fastest is just to line them up and just go at it and race,” Bradley said.

Many of the players are recuperated from the end of the football season in February and have begun running and training for the upcoming season. Some players will be running at peak performance.

Fans can expect the players to display their speed in the field in a safe manner. Running is something the players have to do as part of their offseason training, Stewart said. He likened the competition to a track meet featuring NFL players, many of whom run track in the offseason.

Players involved showed major interest in participating in the competition, Stewart said. The desire to compete in 40 Yards of Gold has been so much that the organizers have had to turn players away.

“Every day I get calls from agents whose players want to participate,” he said.

To raise the intensity of the races, field projection technology will be used to make the players seem as if they are running on futuristic, elevated platforms.

The organizers plan on keeping the event in South Florida for years to come and turn it into an All-Star-like weekend gathering of players and fans. This year, the event will be emceed by DJ Irie, who hosts the Miami Heat games and will feature a performance by rapper Rick Ross. “We really tailored this to South Florida,” Stewart said.

“We are bringing something to the world that it has never seen before that blends entertainment, sports and technology,” Bradley said. He compared the event to a combination of the Olympic 100-meter finals, the NBA and NFL All-Star weekends and the Coachella music festival. “That is what 40 Yards of Gold is bringing to the world.”