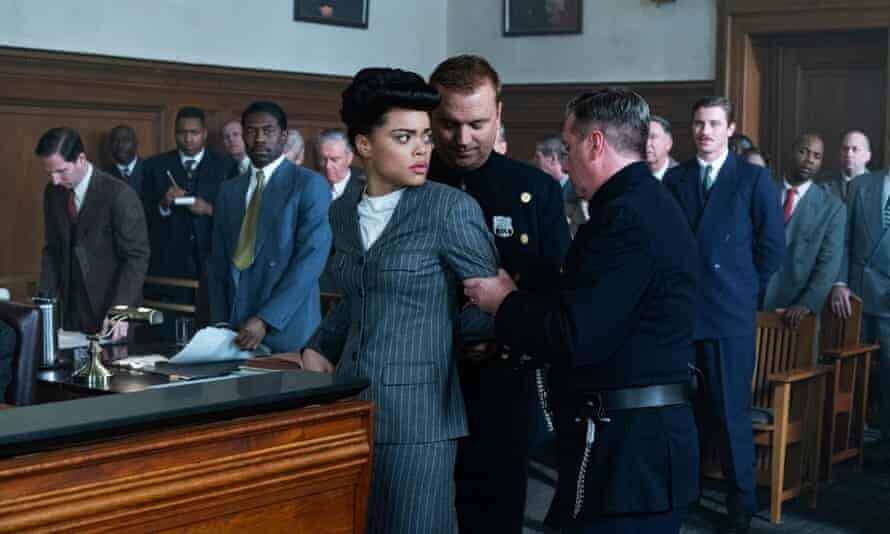 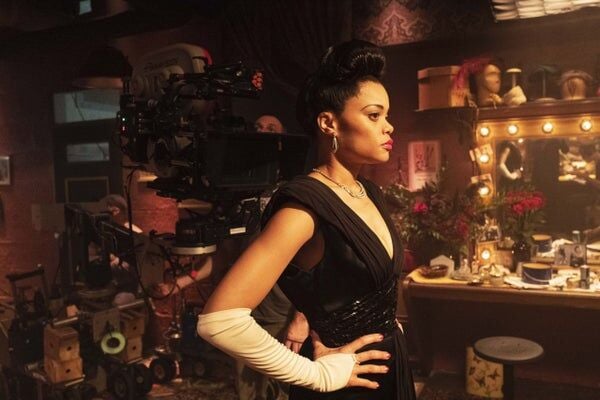 Based on Johann Hari’s 2015 book, “Chasing the Scream: The First and Last Days of the War on Drugs,” Lee Daniels’ “The United States vs. Billie Holiday” chronicles the legendary jazz singer’s addiction and activism. Andra Day, who’s nominated for a Golden Globe for her role in the film, plays Holiday in the biopic, which premieres Friday on Hulu. In it, Holiday struggles with addiction, racism and the Federal Bureau of Narcotics, and becomes a vital voice in a civil rights movement that drew strength from her music.

Jimmy Fletcher, an undercover agent with whom Holiday allegedly had a love affair, is played by Trevante Rhodes; Garrett Hedlund plays Harry Anslinger, the tight-lipped racist chief of the Federal Bureau of Narcotics. Fletcher, among others, was hired by Anslinger after WWII to infiltrate jazz clubs to use alleged drug activity as a pretext for clamping down on Black activism.

Until recently, Fletcher had been considered a real-life but minor figure in Holiday’s life. He hung around the fringes of the jazz scene, befriended Holiday and then arrested her. In a taped interview from the 1970s with Holiday’s would-be biographer, Linda Kuehl (who died before she completed the book), he said that he always regretted the betrayal.

In "Chasing the Scream," the author declares his intuition that Fletcher had "fallen in love" with Holiday. Perhaps he had, and perhaps she returned his affections, but the film on which it’s based is being criticized for elevating an unproven torrid affair with a federal agent when Holiday's everyday courage and defiance was much more visible than her romantic life.

The film apparently only shines when Day sings Holiday’s songs, such as “Ain’t Nobody’s Business If I Do,” with lyrics about domestic violence that are shocking in 2021: “I’d rather my man would hit me / Than jump right up and quit me.”

The main event is "Strange Fruit," a radical, confrontational protest song that was for decades the only public acknowledgment in mainstream American culture that lynching existed at all. Screenwriter Suzan-Lori Parks waits until the third act before it is performed in full.