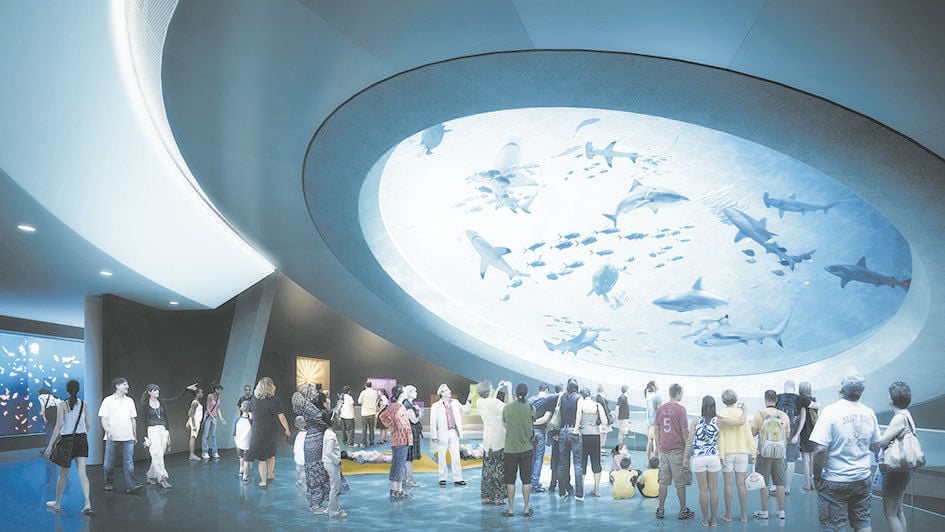 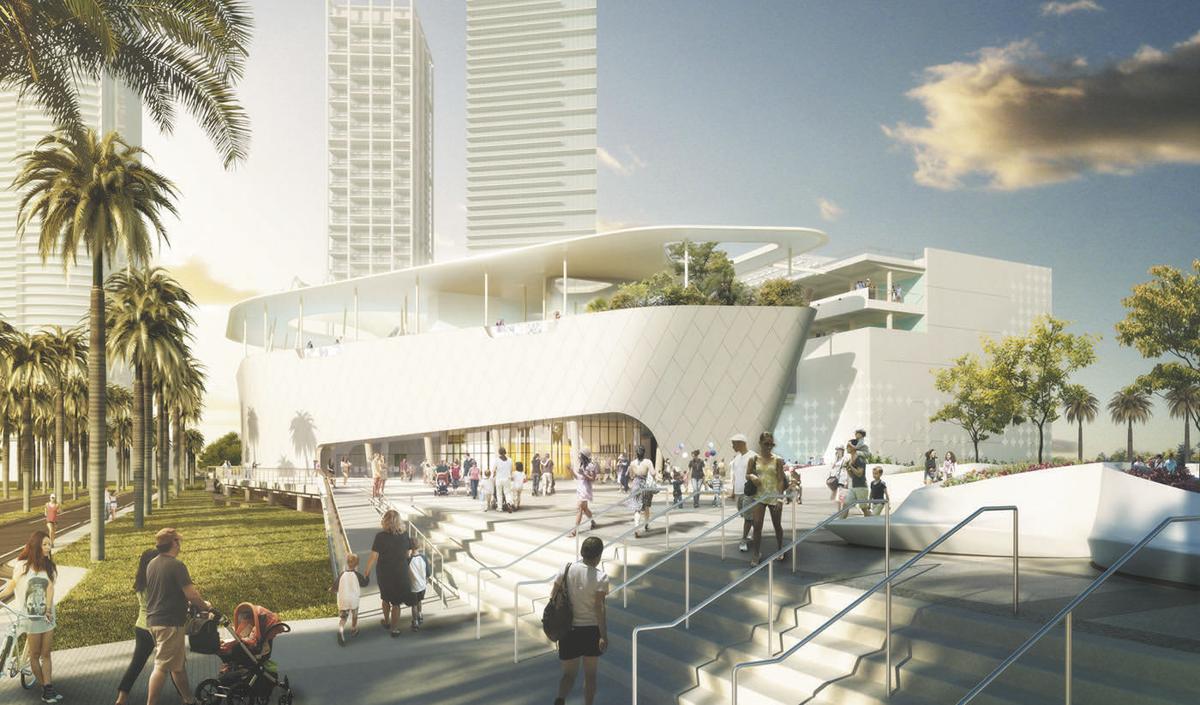 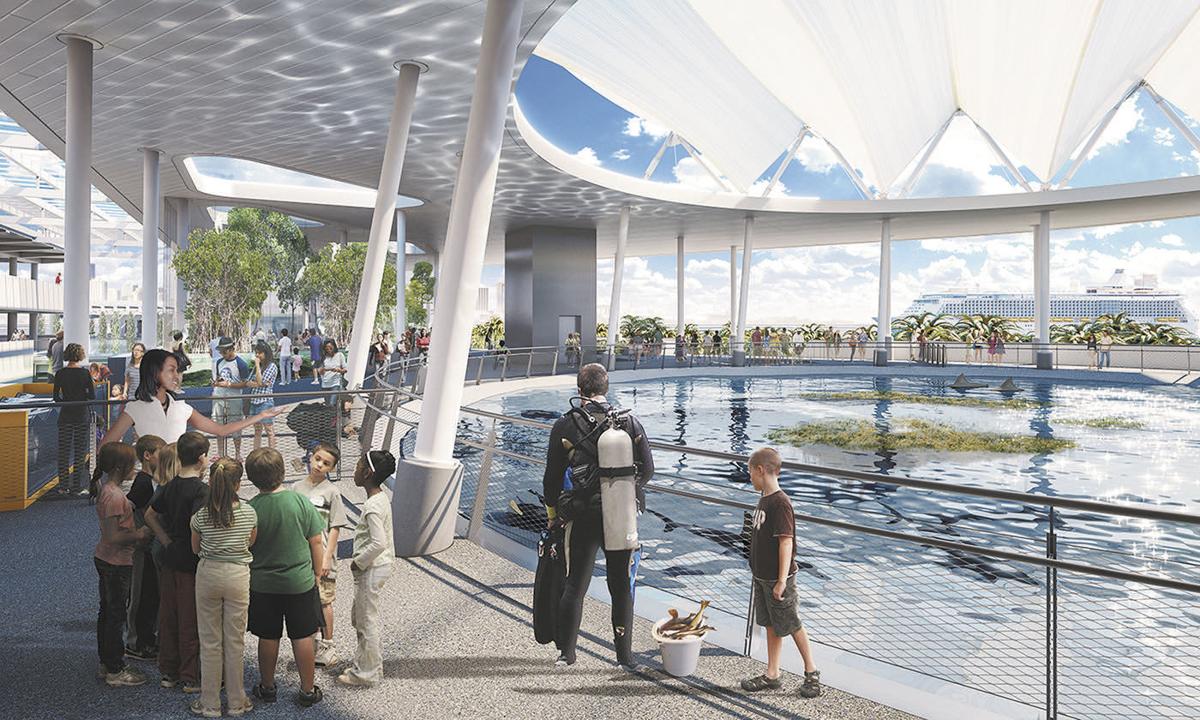 On Monday, May 8, the Phillip and Patricia Frost Museum of Science Miami will open in Museum Park, joining the Perez Art Museum Miami, and adding another cultural notch to Miami’s downtown.

A dedication ceremony will begin at 9:30 a.m., followed by a ribbon cutting. At about 11 a.m., the museum will officially open to the public.

The 250,000-square foot museum, which was originally founded in 1950 as the Junior Science Museum, is home to a planetarium, aquarium and science-based exhibits.

The first 100 family households in line on opening day will receive a free family level membership. Since May is Miami Museum Month, the new facility offers discounts on membership.

“Thanks to the hard work of our Board of Trustees, project team and the museum staff, we are now almost ready to open our doors and look forward to welcoming the public on May 8,” said Frank Steslow, Frost Science president. “The technology, engineering and sustainability features found throughout the museum rival those on a global stage and will inspire and motivate generations to come. We thank the people of Miami-Dade County for their continued support in this project and are certain that they will be proud of their community’s new science museum. With the support of Mayor Carlos Gimenez, Miami-Dade County, the Board of County Commissioners, City of Miami and our many private donors, we are now at the finish line. Our goal is that Frost Science will be an international destination and vibrant educational space that encourages curiosity and investigation.”

Perhaps the most-anticipated feature of the museum is the planetarium. If you visited the planetarium at the museum’s old location, the Miami Science Museum, then the new planetarium is an upgrade. The 3-D, 8K-projection planetarium seats 250. The 67-foot dome is edgeless so one seems to be looking straight into space. Museum staff say that all the seats adjust to give everyone inside the same experience of the 16 million color visual system powered by six projectors and surround sound.

The Lasershow returns to give lessons about the physics of light and, of course, to entertain.

A Learning Center, which features four classrooms, hosts educational programs for youth, family and professionals. Here guests will be exposed to STEM programming and the Inventors-in-Residence program for scientists developing heath and environmental solutions. The museum has a café and retail store, which can be assessed without purchasing a museum ticket.

The museum will extend its hours during its first weekend (Friday, May 12 and Saturday, May 13.) Admission tickets and memberships are available at frostscience.org. The Phillip and Patricia Frost Museum of Science is located at 1101 Biscayne Blvd., with the Adrienne Arsht Center to its north, and AmericanAirlines Arena and Bayside to the south.

Tickets cost $28 for adults and $20 for children (ages 3-11). Children 2 and under are free. All Miami-Dade County residents receive a 15 percent when purchasing at the museum Ticket Center.

A major feature of the new museum is a three-level aquarium. Florida  habitats such as the Gulf Stream, Mangrove Forest and Everglades are stars on the Vista level.

On the Dive level, guests will meet mahi-mahi, devil rays and scalloped hammerhead sharks in a 100-foot wide, 500,000-gallon tank. Rehabilitated birds, including green herons and cormorants, live in an aviary on the second level. Meet an American crocodile and alligators and several species of snakes such copperheads and the endangered indigo. On the Deep level, explore underwater life through a 31-foot-wide oculus lens and viewing portal.

In the Florida Bay Touch Experience, guests can touch a stingray.

Education is a key component of the museum’s programming. It is home to a Knight Learning Center that should touch the lives of more than 150,000 Miami-Dade school children.

The Phillip and Patricia Frost Museum of Science also extends to Florida International University’s Biscayne Bay campus in North Miami. The 75,000-square-foot Batchelor Environmental Center is home to project that is developed in two phases. The first part is focused on the aquatic collection and the second on relocating the raptor rehabilitation program.

The museums is an example of public private partnerships, funded by state, county and city money. It was slated for completion in 2015 but delays and cost overruns plagued the project.