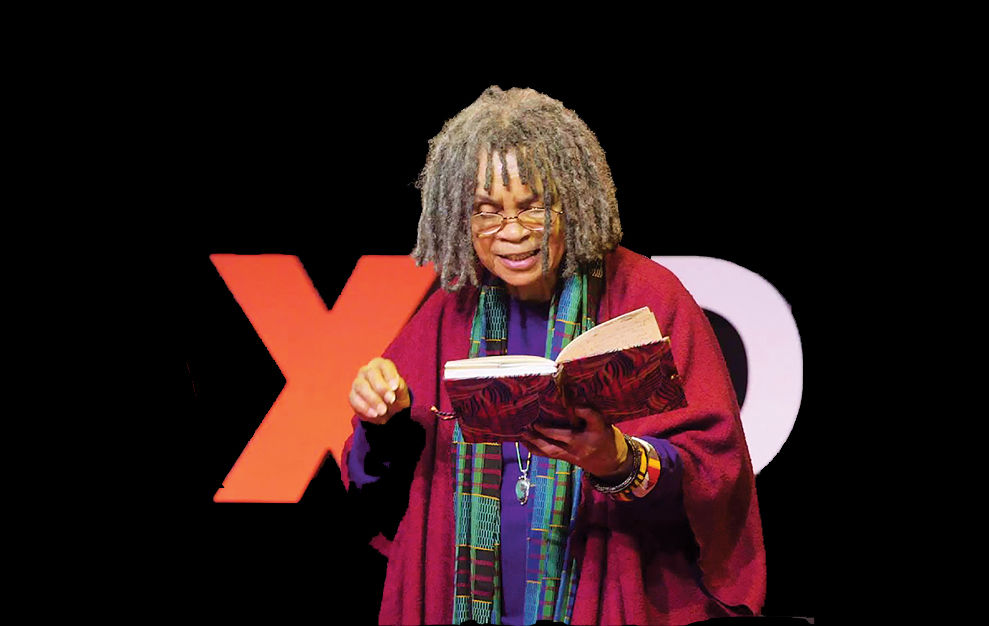 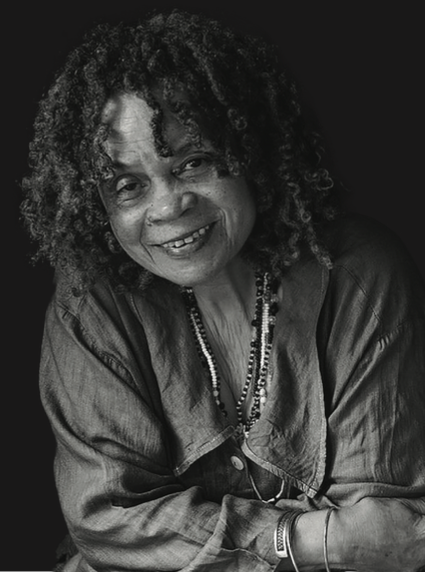 Consider it a creative insult to limit poetry’s national recognition to the month of April. Nonetheless, I thank the establishment (a.k.a. the Academy of American Poets) for establishing National Poetry Month, as readers politely dust the dirt off poetry titles too often neglected. For sure, every day African-American poets amass work worthy to be read, studied, praised and adored worldwide.

What better authority than the legendary poet Sonia Sanchez to magnify the art form that pre-dates David’s psalms and continues to emerge through brilliant poetic voices—many of whom owe Sanchez praise for her tutelage?

A formalist with wide poetic range, Sanchez’s vast body of work includes poems that delve into themes that resonate with those who’ve known isolation’s dance. She is liberation and libations; she is Home Coming and Home Girls & Hand Grenades; she is A Blue Book for a Blue Black Magic Woman and We a BaddDDD People.

The poetic spirit born as Wilsonia Bonita Driver has yet to rest.

She’s still writing and taking West Philadelphian three-mile strolls on a good day. Her open discourse is insatiable and leaves readers savoring her own recall of the 1960s Black Arts Movement, and inclusion in the Broadside Quartet collective (alongside poets and writers Haki R. Madhubuti, Etheridge Knight, Gwendolyn Brooks and, later, Nikki Giovanni).

She is exudes humility to the hilt, yet passionately embodies her indomitable role as activist, womanist, optimist and humanist. The consummate conversationalist talks to EBONY about her creative lifeline: poetry.

If the nuances of poetry render you lost beyond the random hip-hop couplet, Sanchez offers an apt definition of the art form in plain speak:

Icons and influential legends of the Black poetic experience are now gone (most recently Amiri Baraka and Gil Scott-Heron). They served as pillars of artistic strength and have transitioned from earthly assignment, but their artistic contributions are eternal. Sanchez expounds on what it means to be a legacy beyond a poem published on a page.

“There are so many who are legends and gone,” she recounts. “Jane Cortez, Amiri Baraka, sculptor Elizabeth Catlett—who was a dear friend—Lucille Clifton, Audre Lorde, June Jordan. We’ve lost so many and have been speaking at so many funerals. But they are not dead, because they helped us change towards changing the world. And there is really no such thing as dead, as long as we do the work we are put on this earth to do and as long as we leave behind a legacy of work.

Says Sanchez, “The late, great Amiri Baraka came out of the village, that Beat Movement, up out of Harlem to start the Black Arts Repertory Theater which we all belonged to.”

In the mid-1960s, Baraka sent letters that called upon musicians, actors, poets, playwrights and teachers to come and do the work of social uplift uptown in Harlem. He urged them to “Come help me continue Malcolm’s work.” This era became known amongst them as A.M. (After Malcolm), and influenced the poetic writing of self and soul for Sanchez and others in the Black Arts Movement.

“I remember in that place at [Black Arts Repertory Theater], Sunday afternoon at 3:00 p.m., Abbey Lincoln—that gorgeous woman, that genius of a singer with her beautiful, short natural—came and talked about, Who will revere the Black woman?

“It was an amazing moment for all of us Black women who sat there and listened to her talk. And [we] said, ‘I want to be like her, and look like her too.’ That was the joy of doing that kind of work.”

Poet-actor Saul Williams immortalized the hip-hop generation’s slam poetry in 1998’s Slam. Russell Simmons advanced spoken work via HBO’s Def Poetry. And we all love the mid-air finger snappin’ of the modern romance classic Love Jones. But poetry, spoken work or no, is not nouveau, nor has it outgrown its metaphoric roots. Sanchez balances the oral tradition’s truth with both wisdom and a charge.

Since her earliest days writing about being a little girl, alone and not feeling pretty, Sanchez has since published 16 books of her own, but suggests all poets read the classics.

“A lot of my undergraduate students go on to graduate school and say, ‘Langston Hughes is too simple.’ And then I say, very calmly and in as gentle a fashion as I can, ‘No, no, no, no, this not a simple poet.’ I recommend every kind of poet from Langston to Baraka, Lorde, Nikki, June Jordan and Robert Bly. But I also recommend Adrienne Rich to Pablo Naruda to the great Nicolas Guillen, whom I met when I went to Cuba.”

Sanchez says she has notebooks with “more than a million writings never published,” and continues to write in her study with a photo of Guillen, Langston and Ernest Hemingway above her head.

“A poet writes ’til their last breath,” she says with finality.

This interview first appeared in ebony.com.