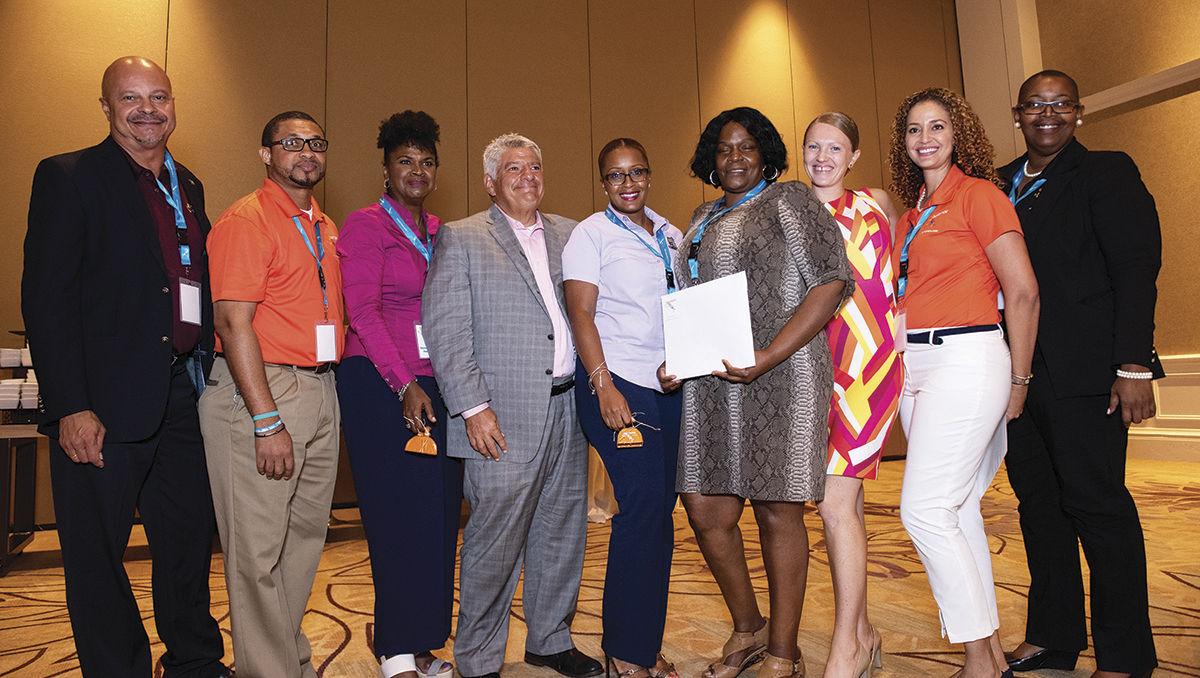 Bahamas Tourism executives had a grand time aboard the Seafair for the Summertime in Freeport presentation. 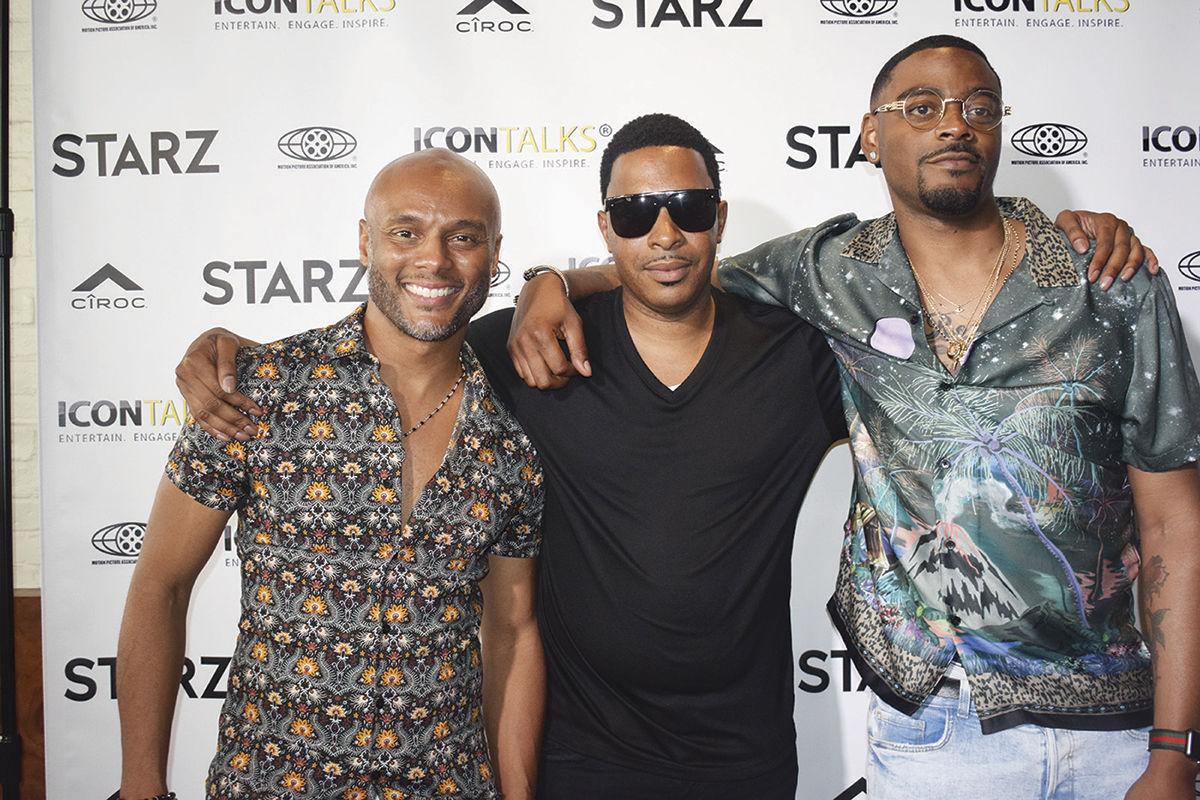 R&B singer Kenny Lattimore, far left, at the Final Brunch at ABFF on June 15 at STK in Miami Beach. 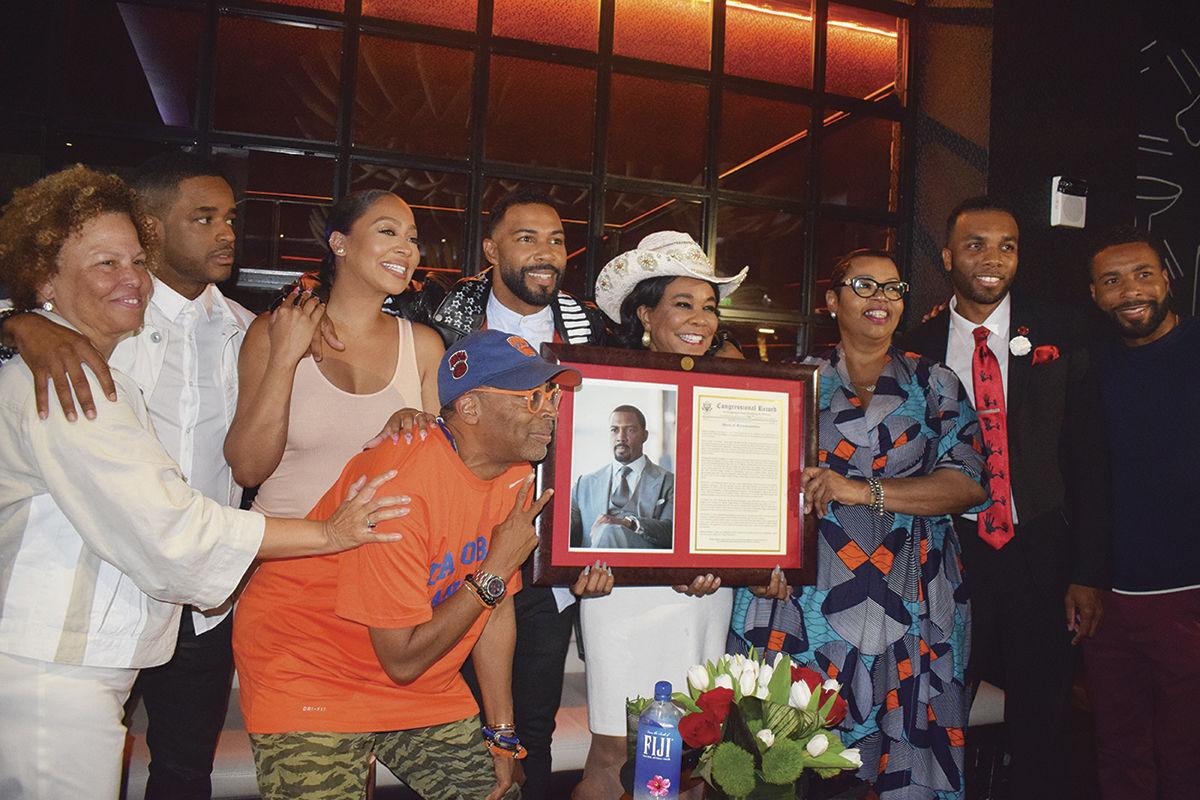 Bahamas Tourism executives had a grand time aboard the Seafair for the Summertime in Freeport presentation.

R&B singer Kenny Lattimore, far left, at the Final Brunch at ABFF on June 15 at STK in Miami Beach.

This weekend was abuzz in Miami. The American Black Festival took over Miami Beach. There were family-fun events in celebration of Father’s Day, love and unity. Caribbean Heritage Month celebrations also continued. I got to sample a few of the activities, and I will share with you. I definitely, lived, laughed and danced in the whirl this weekend.

On Friday night, I rushed over to Reign Night Club for a late night performance by Kabaka Pyramid and Zia Benjamin. After a long week of work, the performance was what I needed to both wine down and get energized for the weekend. The artists gave their all on the stage, and the crowd was equally responsive. Benjamin is a sultry singer who rocked the house with her versatile voice and intriguing lyrics. She sang songs that ranged in topics from infidelity, love to abuse. I enjoyed every moment of her set with a live band. Benjamin was a journalist in Canada before she left the field to be a songwriter. Now she has decided to come to the forefront. She is currently working on her album here in South Florida. Kabaka Pyramid is a Pembroke Pines resident with international fame. He connected well with the audience and spent more than an hour on stage. His music is influenced, he said, by positivity and uplifting the listeners. That was the atmosphere at the event, love, unity and a good time with people of all shades and backgrounds. Miami DJ, Fiyah Yout also rocked the crowd. The music selector is always on the scene creating musical hype for local and national crowds. I received the invite to the show from Camille Findley. Findley is a Billboard music A&R who runs her own national-viewed entertainment website and manages talent. It is always good to see South Floridans making moves. It was great segue into the weekend.

Thousands of Black creatives from all over the country and the world were in Miami Beach last week for the American Black Film Festival, also known as ABFF. The six-day festival was action-packed. There were so many events that it was extremely difficult to attend all. I only got involved over the weekend.

Attendees had choices between movie screenings of films, master classes, parties and panels. It was a chance to meet-and-greet with the industries top talent and content creators. I bumped into Isheka Harrison, and she explained to me that networking is the main incentive of ABFF. Several actors and actress for Los Angeles, New York and Atlanta were there looking for a chance to seen by a director, producer or make any connection to their next role.

I attended the hottest party of festival on Saturday morning. The Final Brunch at ABFF was for the stars of the TV series “Power” in celebration of their last season that airs on Aug. 25. It was definitely the place to be. There were beautiful people of every shade, signature drinks, which included St. Germain and Ciroc. It would not be brunch without mimosas, of course. Local faces in the mix included Ann-Marie Sorrell, Dexter Bridgeman, Cassandra Saint Fleur, Congresswoman Frederica Wilson, Jamal Ingram, Jenifer Williams and LaShannon Petit. The event was hosted by Jill Tracey of HOT 105, and it featured a short panel from a few of the cast members of the show: La La Anthony, Larenz Tate and Omari Hardwick. The highlight of the party was when Congresswoman Wilson honored the lead actor, Hardwick with a congressional record. The cast spoke about their experiences doing the show for the past five seasons. Hardwick was overwhelmed with the love and even got emotional. Celebrities, R&B singer Kenny Lattimore and Anthony Hamilton, Debra Lee of BET and director Spike Lee, were also in attendance.

Isheka Harrison convinced me to explore the festival some more. We headed next to the Lowe’s Hotel, the headquarters for the event. I saw locals Jessica Williams, Phillip Buchanon and Marco Hall there. We took a photo with Dorien Wilson, best known for his role as Professor Stanley Oglevee on the TV sitcom, “The Parkers.” We later watched two screenings, “When They See Us” and “Sherman’s Showcase.” This was after we left the W Hotel, where we bumped into actor Omar Epps and his wife Keisha Epps. My favorite person of the weekend was Bevy Smith, who has a witty personality that I love, and is a Black fashion icon at 52.

Although it has not looked like it outside, Summer is here in South Florida. A vacation getaway is on the agenda for most, even if it is just a weekend at a nearby hotel. Locals got a chance to experience the Bahamas while aboard a super yacht in Miami for the launch of Summertime in Freeport, a presentation of the Bahamas Tourist Office Florida, late last month.

Guests were not dressed in formal wear or tuxes, but the evening was a grand, gala-style event. It featured a red-carpet entry boarding of the mega yacht, Seafair, berthed at a port in downtown Miami, followed by a sail-away for the evening’s affair.

The festivities aboard the yacht included a networking reception with Freeport destination vendors followed by a talk-show-format presentation, an elegant dinner and dance, and culminated with the unique rhythmic sounds of Bahamian Junkanoo.

Miami native could be the first Black model

Miamian Sandra Johnakin’s daughter, Darriel Johnakin is a finalist in a national competition to become the cover model of Dance Spirit Magazine. Darriel is an alumni of the New World School of the Arts and is currently studying commercial dance in New York at Pace University. She was selected over hundreds of dancer. She needs our help to win. The voting will take place through Facebook, Instagram, Twitter and www.dancespirit.com. It started on June 15 and will end on July 15. If Darriel wins, she will be the first Black model search winner, according to Sandra. Good luck, Darriel. I hope you grace the cover of the magazine. You have my vote!

Don’t forget to live laugh and dance in this world. If you would like to be featured in this column, contact The Social Girl via emailnyam@gmail.com.