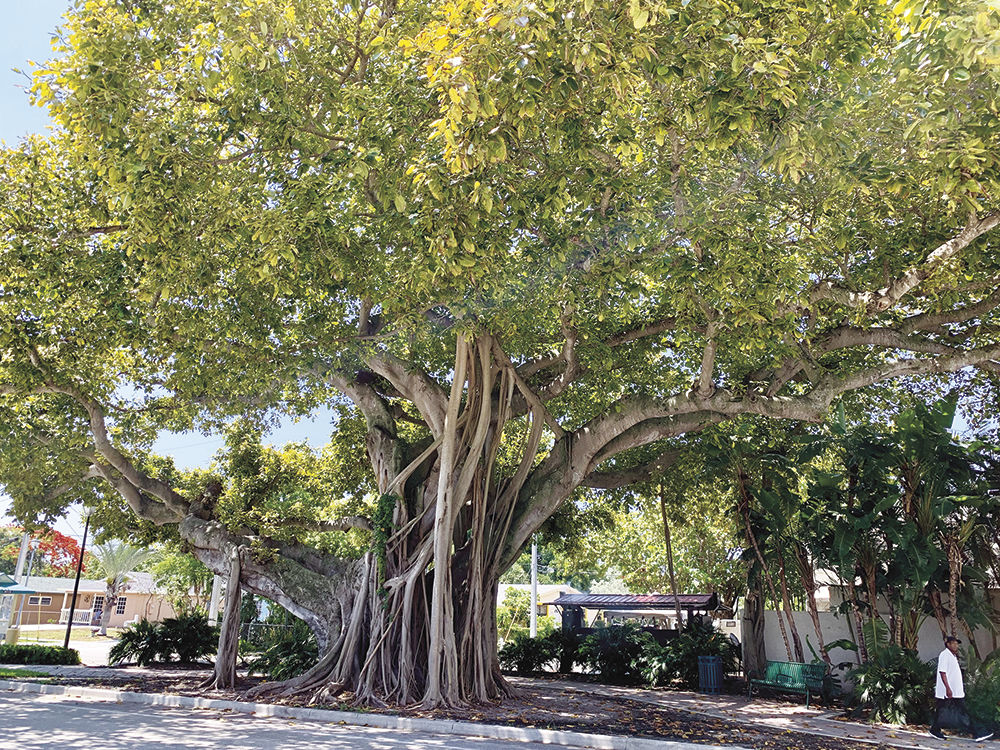 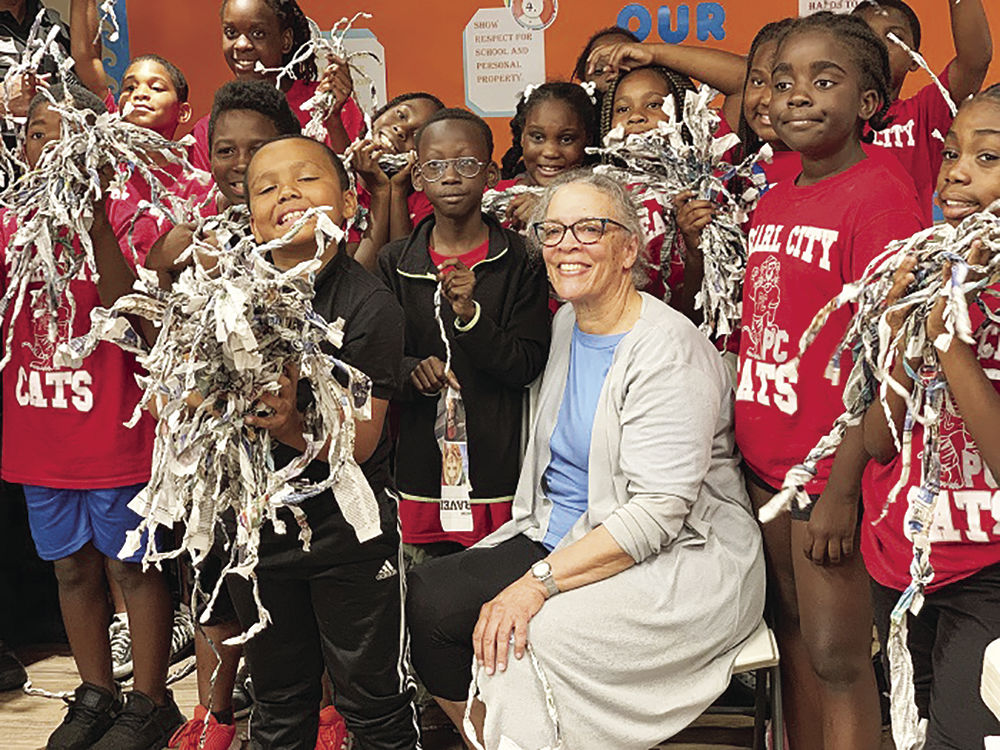 Legendary poet and author Maya Angelou’s 1993 inaugural poem “On The Pulse of Morning” spoke of the tree as having been “host to species long since departed.” Haunting though it may be, it is this same sense of endurance and history that’s insistent in the Billie Holliday signature classic “Strange Fruit.” More recently, it was that spirit of fortitude that Pearl City’s 100-year-old banyan tree, and the community around it, that inspired sculptor and performance artist Maren Hassinger’s current project.

Coinciding with this year’s Miami Art Basel, Maren Hassinger’s Boca Raton Museum of Art-commissioned exhibition “Tree of Knowledge” made its debut. Hassinger, who is most known for her use of sculpture, video, and performance art that often incorporates dance, has mounted this monumental sculptural installation made from recycled neighborhood newspapers.

In a recent phone interview with The Miami Times, Hassinger recalled encountering the landmark Pearl City banyan, affectionately called the Tree of Knowledge, on a visit to Boca Raton.

“When I saw the tree, I thought it was amazing and beautiful,” she said gently. “And when I heard about the neighborhood I felt that it was a bunch of survivor survivors.”

Hassinger, who has used newspaper in her installations in the past, immediately thought it would be the perfect medium for this work as well.

Designated a historical district by Boca Raton City Council in 2002, Pearl City was formed in 1915 before Boca Raton was incorporated.

Executive Director of the Boca Raton Museum of Art, Irv Lippman explained via email, that “Through the Museum Art School (5,000 students annually) and the Artists Guild (250-plus members), the Museum reaches deeply into the community on an ongoing basis.”

The exhibit will be on view until March 1.

Lippman further discussed the museum’s hopes for the relationship between it and the surrounding neighborhood. “From the very inception of the exhibition,” he explained, “the Pearl City community was central to the conceptual premise of the work.”

The NEA supported Maren’s residency, to work with the Pearl City community and other volunteers in Boca Raton.

In India where the trees are native, they would do double duty as hangouts for 16th and 17th-century merchants. Europeans who observed this phenomenon, gave the tree its name, banya which means “merchant” in the Gujarati language.

Part of the Pearl City’s Tree of Knowledge’s specialness, apart from its dramatic physical beauty, has been its role as a gathering place for its residents for a century. It’s conceivable that during segregation when Blacks were barred from many public accommodations, such a meeting place took on even greater significance.

To facilitate creation of the installation, and engagement with the community, the museum set up an area for residents to drop in, hang out, and twist the newspapers into the shapes that would make up the symbolic leaves of the tree “and become,” Hassinger asserts, “part of the show therefore.”

There’s also a reading room connected to the installation space. Hassinger explains, “In that room, our videos of people who have lived in Pearl City over the years. It is gratifying because visitors recognize their relatives in the videos.”

Famously partial to the color pink because, she has said in the past, “It’s the only color that can compete with the green of nature,” Hassinger also believes twists, or spirals, are humanity’s connection to the birth of the universe.

“When my daughter was born,” she said, “I saw the umbilical cord and I realized that from the earliest moment of conception, the twist feeds and connects us. It’s really very central to our experience as mammals on this earth.”

“Tree of Knowledge” is being put on at the same time as photographer Clifford Ross’ “Waves” exhibition. A series of panoramic images showcasing the power and majesty of our oceans, Hassinger’s work provides it the perfect contrast and complement.

Hassinger, having participated in a number of Miami art shows in the past, is familiar with the South Florida art scene. Besides Boca Raton Museum of Art she loves the Perez Art Museum Miami. “It seems to highlight the work of Spanish-speaking artists and other artists of color and it was amazing to see all the wonderful work that's being done and how beautifully, all of it is installed; all of it was curated beautifully.”

One can’t experience “Tree of Knowledge” and not consider the environment and its precarious situation at the hands of humans. Asked her thoughts on the historical lack of recognition of Black people’s environmental activism, Hassinger replied, “Everybody has experience with nature. I think it's something that we all have in common. We all came from a natural place. We might live in cities now but we have that awareness. It's totally a political thing that Black people haven't been more in the spotlight.”

She stated her hopes for those who come to see the exhibition, that they realize, “We can no longer exist by abusing our planet of taking away natural resources or hoarding those resources. We can’t live like that anymore. Our planet is too endangered. So I really would like to say, ultimately we are all related and let's start acting that way.”