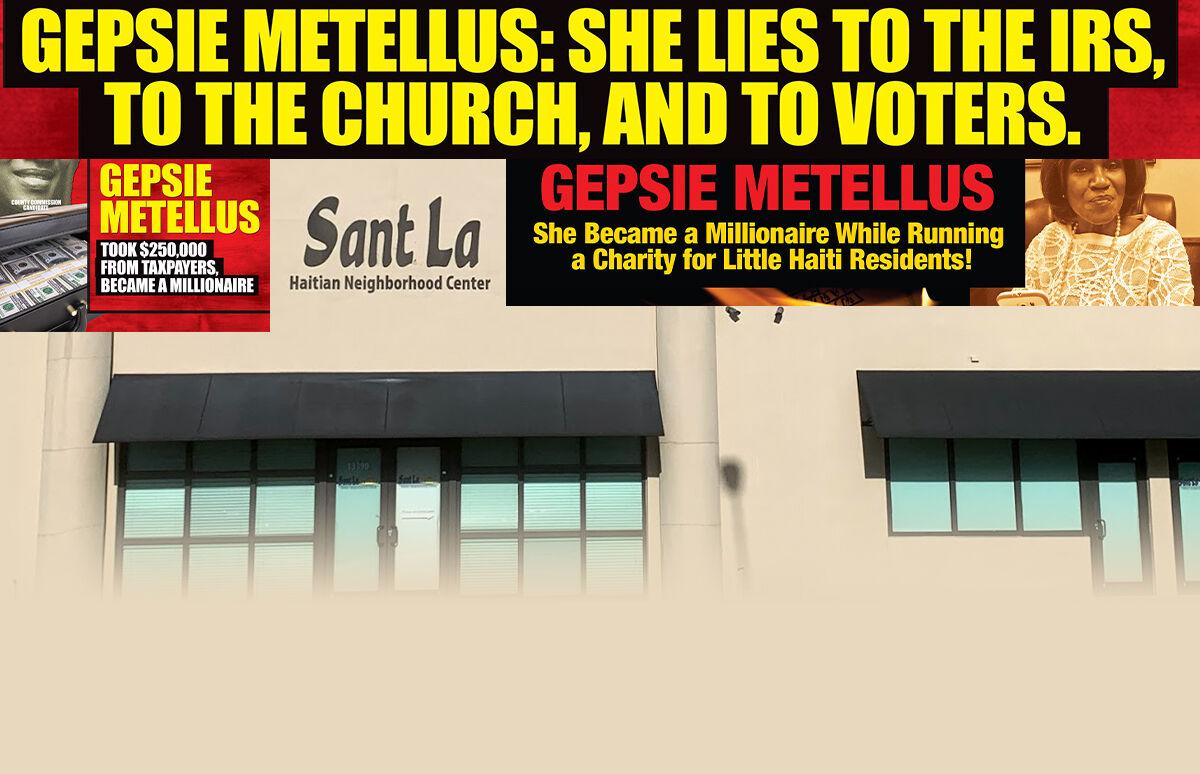 them in ways that damaged me and damaged Sant La.” 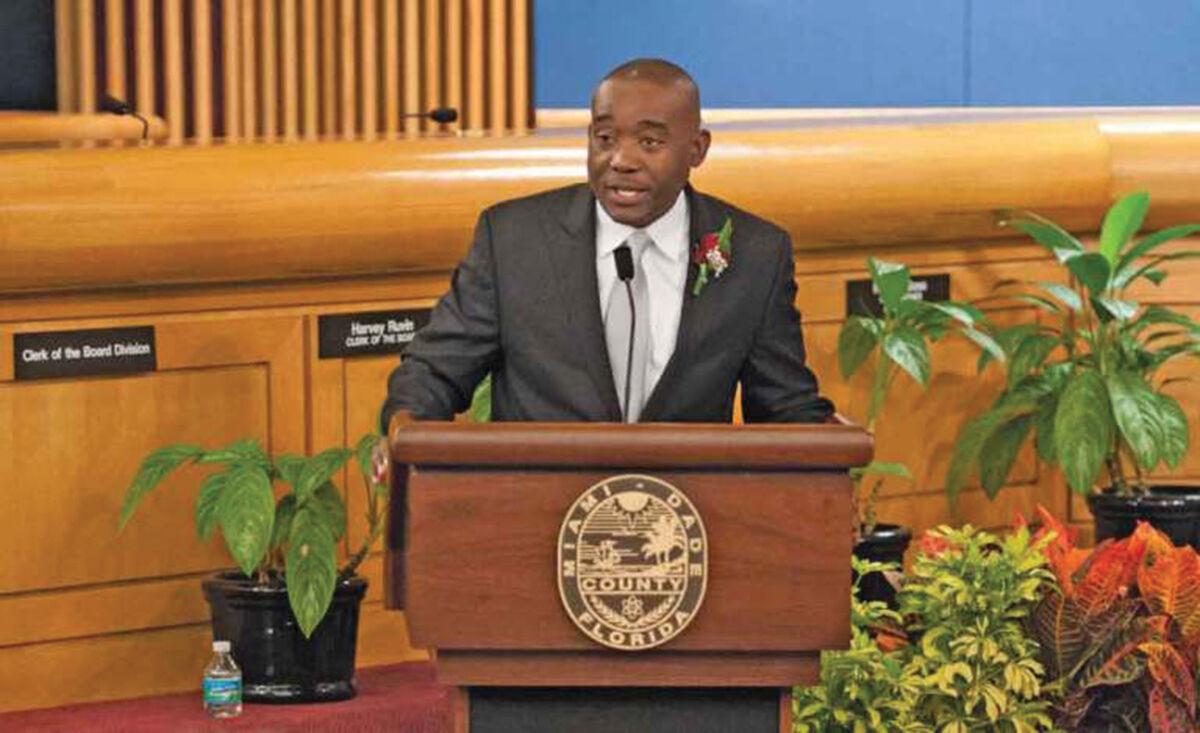 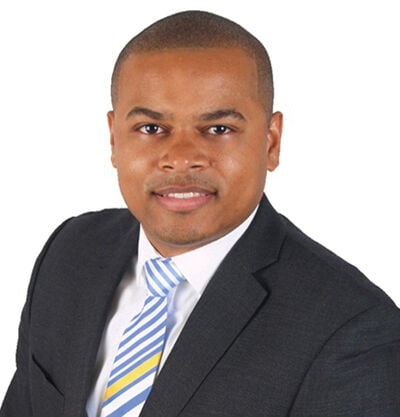 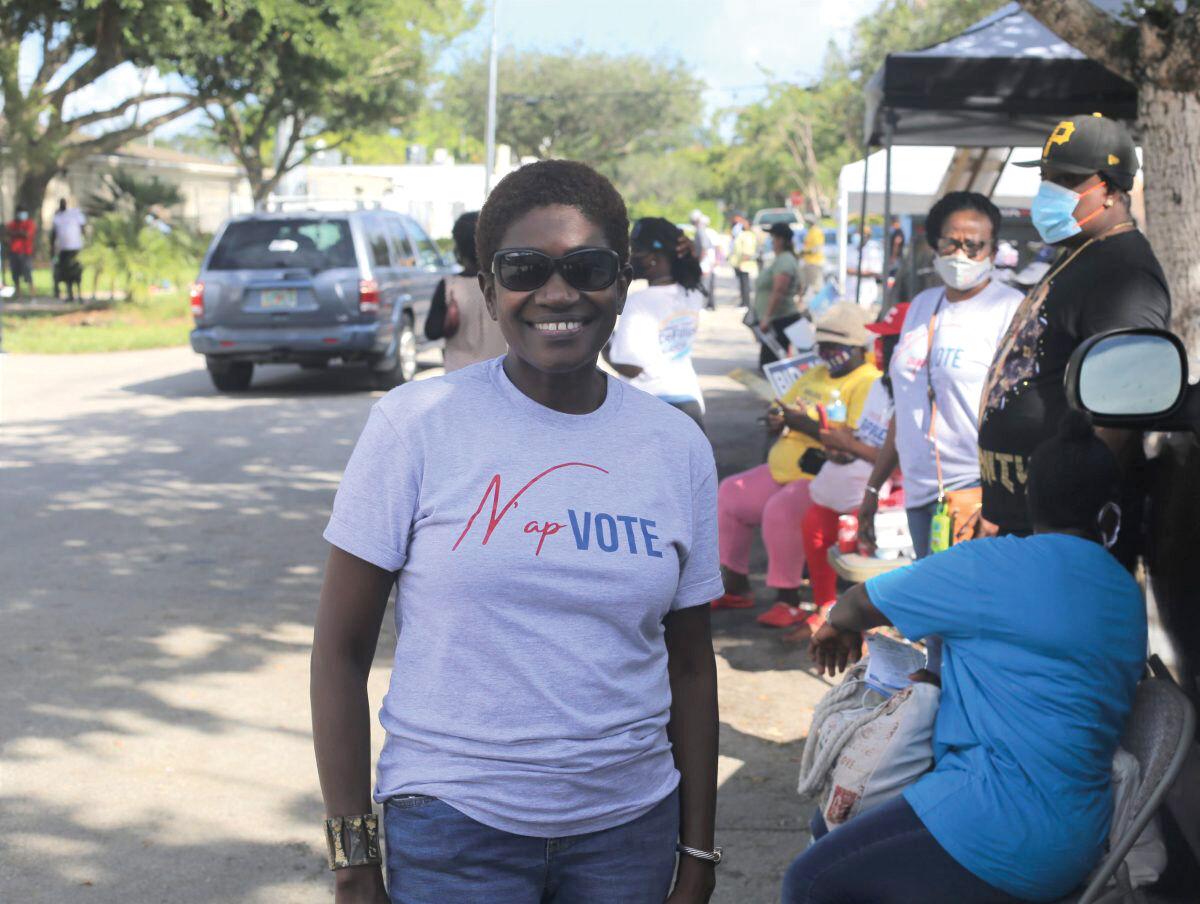 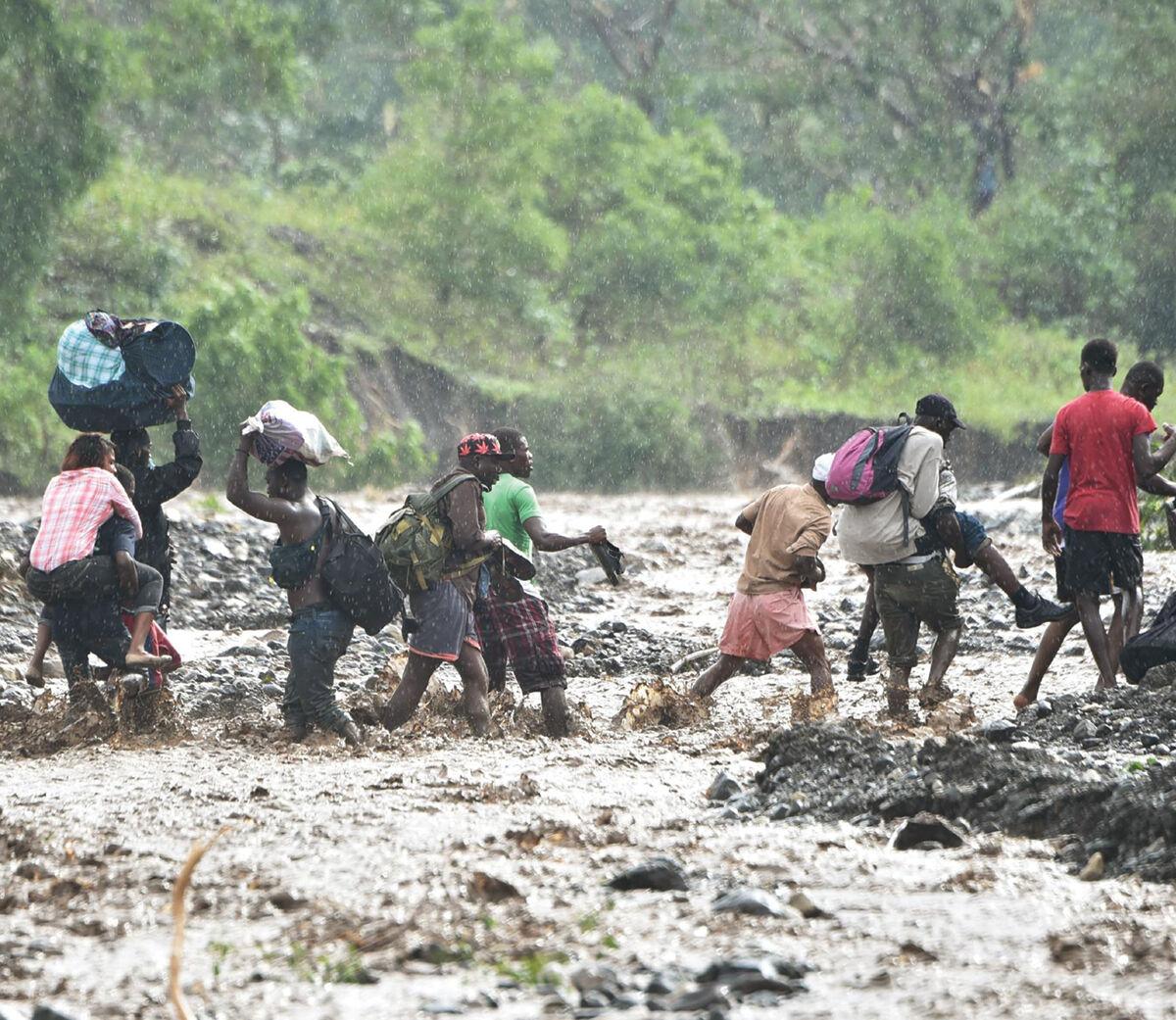 A photo shows the river La Digue southwest of the capital, Port-au-Prince, where Hurricane Matthew caused the collapse of a bridge on the only road linking the city to Haiti's southwest. 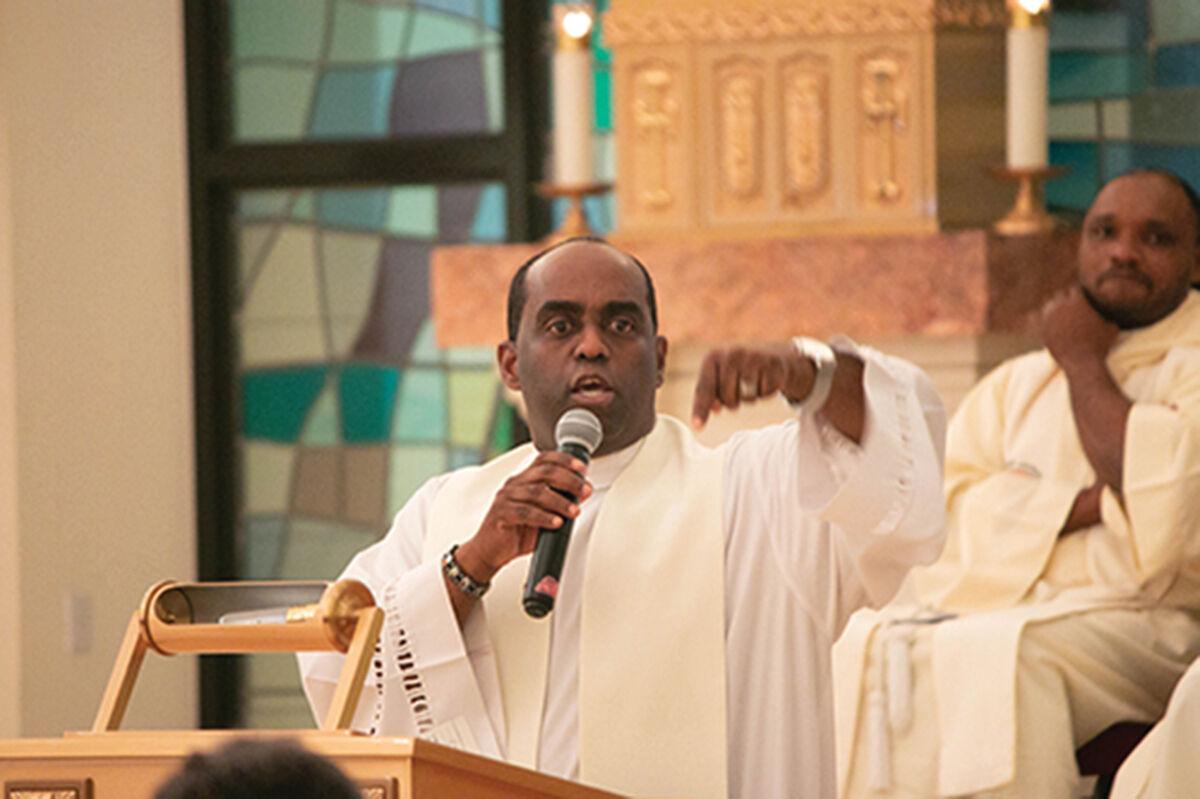 The co-founder and executive director of the Sant La Neighborhood Center was not in a sporting mood. It wasn’t just that she had been outgunned and outspent 6-1. She had started only in March 2020, almost a year after Hardemon filed, but still managed to place second in a field of six in the Aug. 18 primary, propelling her to the runoff. Endorsements from four county commissioners and the Miami Herald were no match for the multigenerational Hardemon political machine, which had been favored to win the election. It was tougher than that.

“He destroyed my reputation and my credibility,” Metellus, 60, told the Herald, referring to the 37-year-old scion of the most powerful family in Miami-Dade Black politics. “I’m pissed. He does not deserve my concession. He doesn’t deserve congratulations; he deserves absolutely nothing.”

Two weeks later, her anger was still raw as Hardemon was getting sworn in as county commissioner on Nov. 17, succeeding term-limited, 16-year commissioner Audrey Edmondson, who endorsed Metellus as her successor. The sprawling district includes a dozen neighborhoods, including Little Haiti, Liberty City, Overtown, the Upper East Side and the cities of El Portal and Miami Shores. It lists 109,131 voters, of whom 44.2% are Black, 33.6% Hispanic, and 14.1% non-Hispanic white. According to a 2020 study cited in The Haitian Times, it is 28% Haitian, second only to Jean Monestime’s District 2, which is 42% Haitian.

“Wouldn’t you feel the same way after what happened?” Metellus asked, her voice freshly recovering from a post-election cold in her North Miami office. “I’m getting expressions of support, but now I need to ensure that Sant La’s reputation is not permanently damaged. The Hardemon campaign took simple administrative issues and weaponized them in

ways that damaged me and damaged Sant La.”

So what did happen?

What happened was a coordinated campaign of attack ads, Facebook posts, radio and TV spots, and mailers in fire-engine red and screaming yellow from the Hardemon camp, transforming Metellus into a cartoon-like image of an imperious nonprofit diva playing shell games with “missing” money. Among the headlines: “The Gepsie Metellus $250,000 Scam in Three Acts,” “Gepsie Metellus: She Became a Millionaire While Running a Charity for Little Haiti Residents!” and “Gepsie Metellus: Another Miami Grifter We Can’t Trust With Our Money.” Or this, perhaps the greatest blow: “Gepsie Metellus: She lies to the IRS, to the Church, and to voters.”

The Archdiocese of Miami and sitting county commissioners have called the ads false, misleading and unfair. Still, nasty mailers are protected political speech under the First Amendment. Attack ad dark arts have standards. While the mailers did not accuse Metellus of stealing, the word “Grifter” seems close enough to thief. And while it might be a stretch to call a premature IRS 990 filing a lie, sowing doubt does the trick.

Keith Donner, who created the ads, has no regrets. Donner, a former journalist [Disclosure: We were colleagues at the Daily Business Review 30 years ago], is a blunt-talking veteran political consultant, lobbyist, strategist and direct-mail attack dog. He is a longtime ally of the Hardemons, whom he calls his friends and clients. Over the years, various members of the family have been subjects of probing, critical or investigative pieces from the Herald, Florida Bulldog and Biscayne Times. While Metellus criticized the Hardemons’ record and cited stories and the need for new leadership, she said she kept a positive approach. She now wishes she had swung harder.

“Had Gepsie not trash-talked the Hardemons, we wouldn’t be having this conversation,” he said. “She would have lost [in the Aug. 18 primary] and the dignity of her organization and reputation would not have been called into question. I’m sure a lot of what I did caused a lot of consternation among Miami’s white garden club members. They were beside themselves. The Hardemons are inviting targets and that’s the nature of the beast, especially in the City of Miami where nothing gets done unless you claw your way to get it done. Welcome to the NFL, Gepsie.”

According to her financial disclosure, Metellus makes $94,336 a year as executive director of Sant La, which she co-founded 20 years ago, and an additional $11,116 in pension payout from the Florida Retirement System. She lists a net worth of $1,016,163. Nearly 90% of that is tied up in the value of a large house just north of Miami Shores she shares with her mother and niece, and a duplex she rents out a mile away, with the rest in five-figure retirement and savings accounts.

According to its own reports and audited statements, Sant La receives nearly 62% of its revenue from governmental entities, principally The Children’s Trust and Miami-Dade County, and roughly 30% from grants, from such sources as Knight Foundation.

The real trigger for the church/IRS attack ad was a game of hot potato over $120,000 designated by the county commission in July 2018 for Haitian hurricane relief distribution by Sant La. Miami-Dade County District 2 Commissioner Jean Monestime, then the chair, and Metellus sought, without avail, for an honest home for the money.

Monestime was seeking ways to help Haiti after Hurricane Matthew ripped through the island nation as a Category 4 in October 2016, killing 546 people, destroying 200,000 homes and causing an estimated $2.8 billion in damage as the impoverished island nation was still grappling with the effects of its devastating 2010 earthquake.

Providing relief was not straightforward. The county cannot directly distribute taxpayer money to another nation. But employees can voluntarily contribute under some pressure or encouragement – in this case, to an ad hoc outfit called the South Florida Haiti Relief Group, which acted as a bundler with the county’s blessing.

By July 26, 2018, the group had cobbled together $233,000 in hurricane relief for Haiti through employee contributions and private grants, and the county designated Sant La as its distribution agent, which received official clearance to distribute the funds that Oct. 30.

Of that total, $113,000 was designated for a summer camp education program, a health care facility, a school restoration project, a small business assistance program and administrative costs.

That left $120,000 designated for Sant La to distribute to Catholic Charities’ Pierre Toussaint Leadership and Learning Center (PTLLC) at 130 NE 62nd St., which shares its address with Notre Dame d’Haiti Catholic Church, a major spiritual center for the Haitian diaspora. Under the terms, PTLLC would, as fiscal agent, distribute $70,000 for housing and small business help, and $50,000 to build a health care facility in the northern part of the Island of Tortuga in an impoverished section of Haiti.

“Gepsie and I were concerned about funds ending up in the right hands so they would at least help some of the people,” said Monestime. “That’s why we approached Father Reggie, who at first accepted and then called back and said he couldn’t do it.”

Says Mary Ross Agosta, Archdiocese communications director, “No churches are incorporated in our archdiocese so they cannot be a registered fiscal agent. When there is a tragedy in Haiti, many Haitian priests will come forward to help, but money is a different thing.”

Metellus tried to present the $120,000 cashier’s check and agreement at the Notre Dame parish center to Father Reggie, who refused to take it. By this time, Metellus said, she had already filed the 990 with the IRS marking the $120,000 as transferred to PTLLC, which neither requested nor received it. Metellus then parked the $120,000 at Sant La’s Bank of America account, where it remained for a year.

In late January 2020, the $50,000 for the health clinic was wired from the bank to the St. Jérémie parish, with the remaining $70,000 disbursed later this year – $25,000 each to the Haitian Global Health Alliance and MISPA Missionary Community Church, and $20,000 to ProDev Haiti, a nonprofit educational foundation.

The premature 990 on the 2018 tax return caught the eye of Donner, who smelled fresh blood. It also was noticed by Rulx “Ringo” Cayard, longtime Haitian community activist and entrepreneur, friend of Father Reggie and a Donner business partner. On Aug. 20, 2020 – two days after the primary – Father Reggie sent Metellus a request for “urgent clarification … for this can compromise the dignity of the both the PTLLC and the Archdiocese of Miami.”

On Aug. 27, Metellus – who has since said the 990 filings were amended – responded that she had filed the 990 and would confer with her auditor on how to record the transactions, and that the monies had been distributed and wired to the recipients. Father Reggie immediately issued a blistering response, citing the miscommunications and delays, concluding: “Does it seem (odd) and even illegal that we are listed in your 990 report? Which organization will accept something like that?”

That letter was fresh meat for a new attack mailer. On the weekend before the election, at 5:15 p.m. on a Halloween’s Eve Friday, the attack ad invoking the church and the IRS caught the eye of Archbishop Thomas Wenski, prompting the Archdiocese of Miami to jump on the phone with the Commission on Ethics and Public Trust and state attorney – not because of campaign improprieties, but because the archdioceses stays out of local politics.

Says Agosta: “Because we are a religious and nonprofit institution we don’t want to be involved in politics. We got inappropriately dragged into the middle of a political firing line. Kudos to the state attorney and ethics commission for their quick response.”

The incident has been noted at the Miami-Dade State Attorney’s office, but no action has been taken.

Metellus is recovering on redoubling and expanding Sant La’s community engagement efforts, with initiatives on financial aid, climate change and racial justice. She is not ruling out politics.

“I’ll never say never,” she said. “There will be other opportunities, and lessons on the role of money in politics, dirty tricks, weaponizing anything as long as you paint your opponent as dirty. I aspired to run a campaign based on issues. I was a strong candidate, a viable candidate and what did I get? A smear campaign. We still have big issues ahead for the community: its prosperity, climate change and – don’t forget – race relations and equity.”