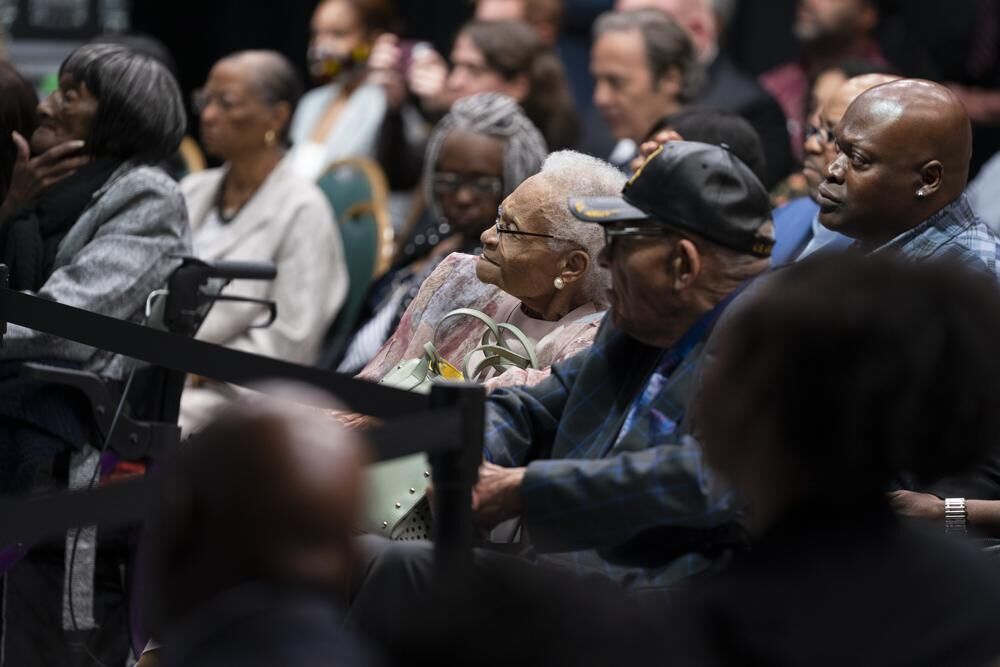 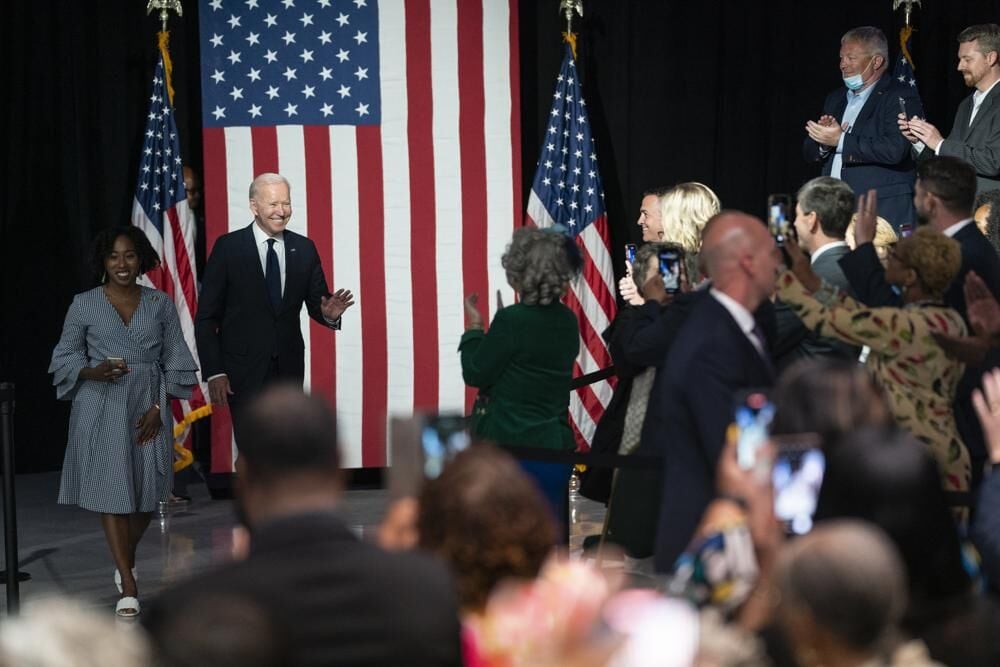 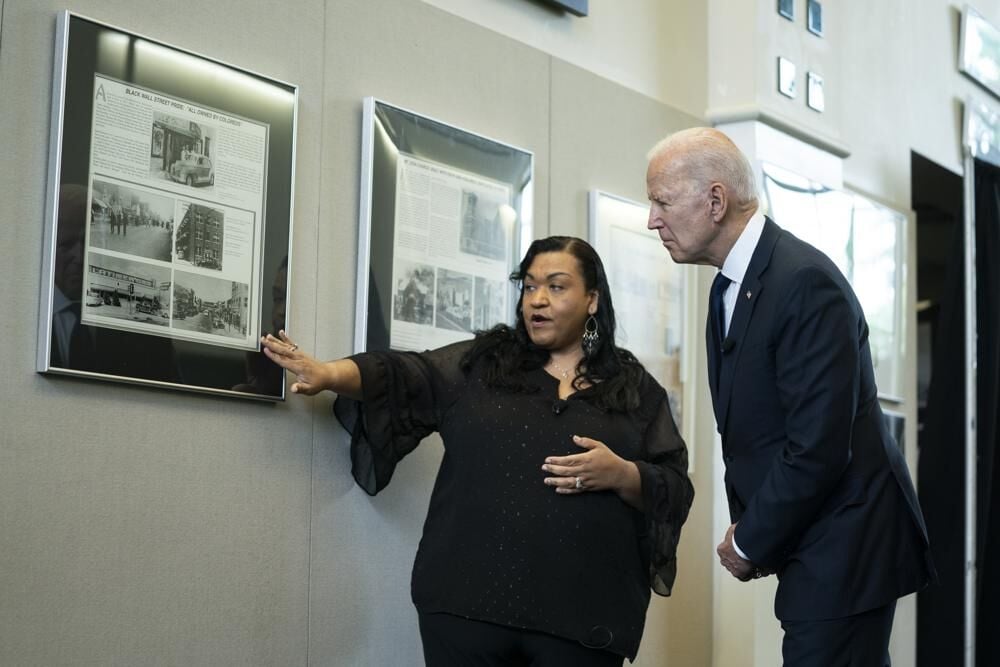 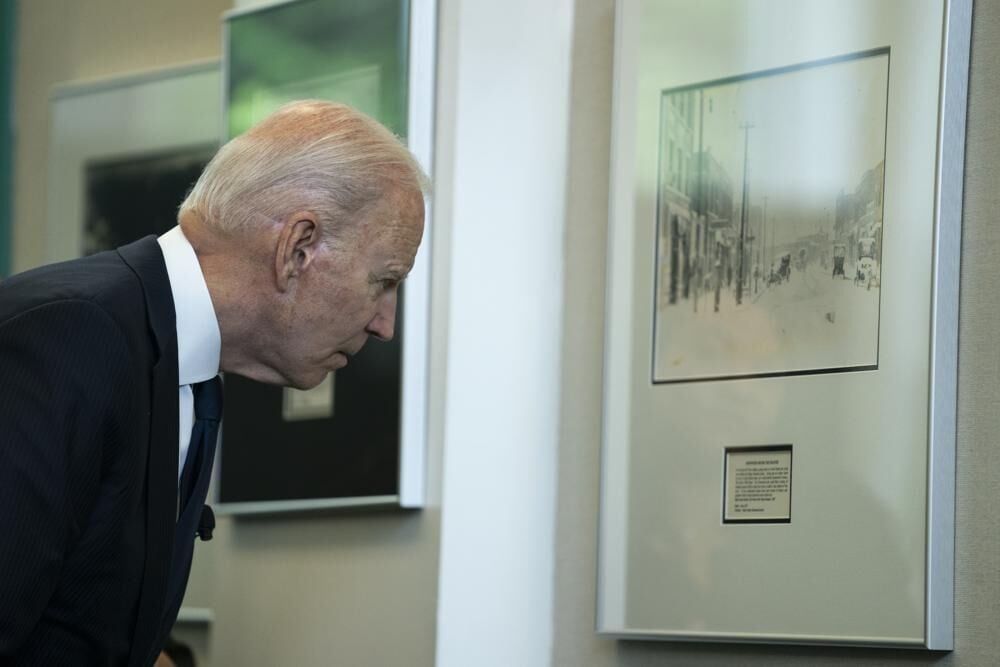 An emotional President Joe Biden marked the 100th anniversary of the massacre that destroyed a thriving Black community in Tulsa, declaring Tuesday that he had “come to fill the silence” about one of the nation’s darkest — and long suppressed — moments of racial violence.

“Some injustices are so heinous, so horrific, so grievous, they cannot be buried, no matter how hard people try,” Biden said. “Only with truth can come healing.”

Biden’s commemoration of the deaths of hundreds of Black people killed by a white mob a century ago came amid the current national reckoning on racial justice.

“Just because history is silent, it does not mean that it did not take place,” Biden said. He said that “hell was unleashed. literal hell was unleashed.” And now, he said, the nation must come to grips with the following sin of denial.

“We can’t just choose what we want to know, and not what we should know,” said Biden. “I come here to help fill the silence, because in silence wounds deepen.”

After Biden left, there was a spontaneous singing by some audience members of a famous civil rights march song, “Ain’t Gonna Let Nobody Turn Me Around.”

In 1921 — on May 31 and June 1 — a white mob, including some people hastily deputized by authorities, looted and burned Tulsa’s Greenwood district, which was known as “Black Wall Street.”

On Tuesday, the president, joined by top Black advisers, met privately with three surviving members of the Greenwood community who lived through the violence, the White House said. Viola “Mother” Fletcher, Hughes “Uncle Red” Van Ellis and Lessie “Mother Randle” Benningfield Randle are all between the ages of 101 and 107.

Biden said their experience had been “a story seen in the mirror dimly.”

“But no longer,” the president told the survivors. “Now your story will be known in full view.”

Outside, Latasha Sanders, 33, of Tulsa, brought her five children and a nephew in hopes of spotting Biden.

“It’s been 100 years, and this is the first we’ve heard from any U.S. president,” she said. “I brought my kids here today just so they could be a part of history and not just hear about it, and so they can teach generations to come.”

As many as 300 Black Tulsans were killed, and thousands of survivors were forced for a time into internment camps overseen by the National Guard. Burned bricks and a fragment of a church basement are about all that survive today of the more than 30-block historically Black district.

Several hundred people milled around Greenwood Avenue in front of the historic Vernon African Methodist Episcopal Church awaiting Biden’s arrival at the nearby Greenwood Cultural Center. Some vendors were selling memorabilia, including Black Lives Matter hats, shirts and flags under a bridge of the interstate that cuts through the district.

The names and pictures of Black men killed by police hung on a chain-link fence next to the church, including Eric Harris and Terrence Crutcher in Tulsa.

Biden briefly toured an exhibit at the center, at times stepping closer to peer at framed historic photographs, before he was escorted into a private meeting with the three survivors.

America’s continuing struggle over race will continue to test Biden, whose presidency would have been impossible without overwhelming support from Black voters, both in the Democratic primaries and the general election.

He announced Tuesday that he was appointing Vice President Kamala Harris to lead efforts on voting rights as the GOP carries out efforts to pass laws restricting access to the ballot. Republicans portray such legislation as aimed at preventing fraudulent voting, but many critics believe it is designed to limit the voting of minorities.

Biden has pledged to help combat racism in policing and other areas following nationwide protests after Floyd’s death a year ago that reignited a national conversation about race.

Biden called on Congress to act swiftly to address policing reform. But he has also long projected himself as an ally of police, who are struggling with criticism about long-used tactics and training methods and difficulties in recruitment.

The Tulsa massacre has only recently entered the national discourse — and the presidential visit put an even brighter spotlight on the event.

Biden, who was joined by Housing Secretary Marcia Fudge and senior advisers Susan Rice and Cedric Richmond, also announced new measures to help narrow the wealth gap between Blacks and whites and reinvest in underserved communities by expanding access to homeownership and small-business ownership.

Historians say the massacre in Tulsa began after a local newspaper drummed up a furor over a Black man accused of stepping on a white girl’s foot. When Black Tulsans showed up with guns to prevent the man’s lynching, white residents responded with overwhelming force.

Reparations for Black Americans whose ancestors were enslaved and for other racial discrimination have been debated in the U.S. since slavery ended in 1865. Now they are being discussed by colleges and universities with ties to slavery and by local governments looking to make cash payments to Black residents.

Biden, who was vice president to the nation’s first Black president and who chose a Black woman as his own vice president, backs a study of reparations, both in Tulsa and more broadly, but has not committed to supporting payments.

After suspending his campaign rallies because of the coronavirus pandemic, Trump, a Republican, chose Tulsa as the place to mark his return. But his decision to schedule the rally on June 19, the holiday known as Juneteenth that commemorates the end of slavery in the United States, was met with such fierce criticism that he postponed the event by a day. The rally was still marked by protests outside and empty seats inside an arena downtown.