Skip to main content
You are the owner of this article.
Edit Article Add New Article
You have permission to edit this article.
Edit
About Us
News
Opinion
Business
Living Black
Sports
Obituaries
Digital Edition
Subscribe
ADVERTISE WITH US!
Share This
1 of 7 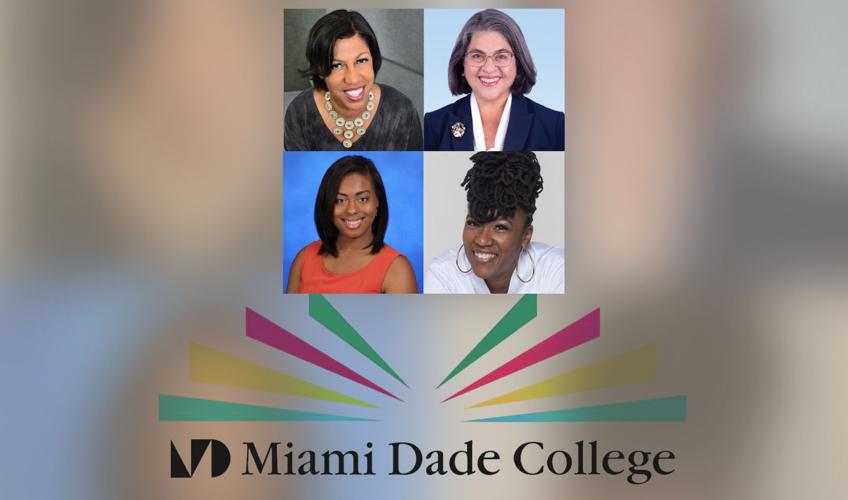 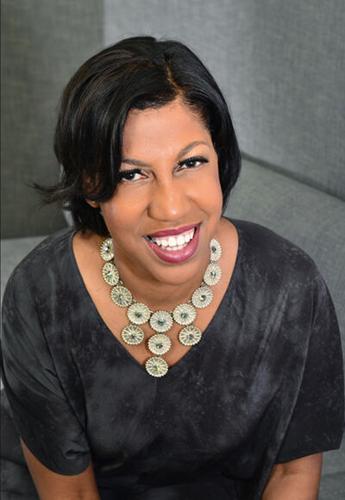 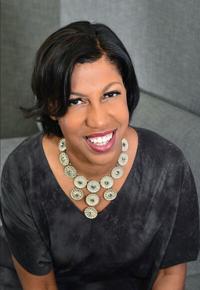 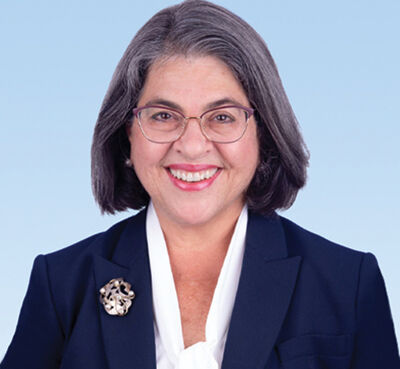 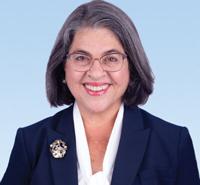 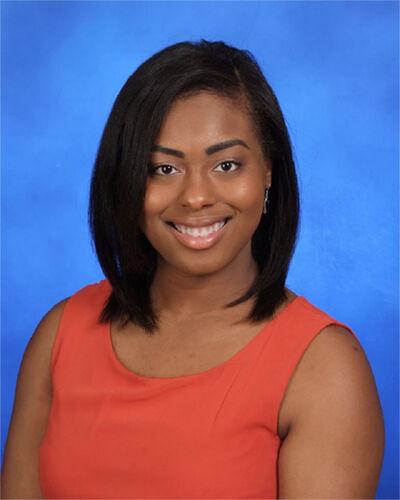 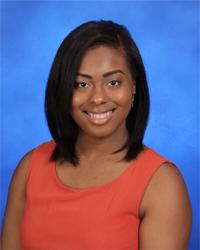 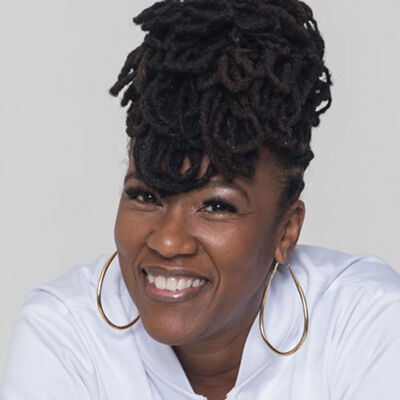 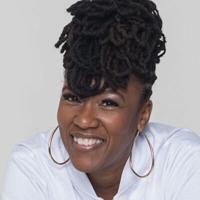 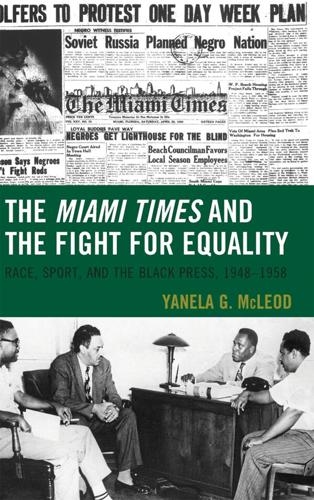 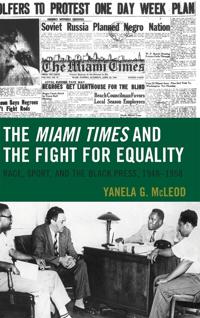 “The Miami Times and the Fight for Equality: Race, Sport, and the Black Press” 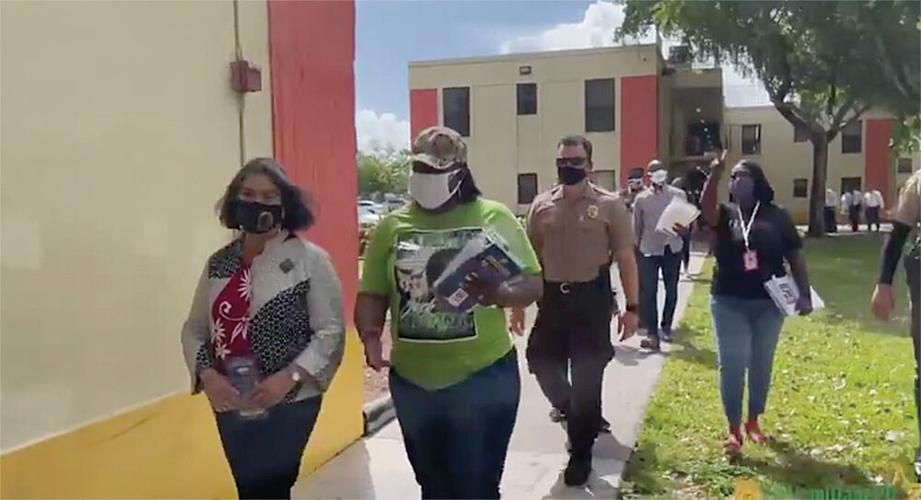 That same day, Miami Dade College’s north campus provost worked to inform the community about a Rising Black Scholars program that will provide free tuition for up to two years, employment support and resources to Black high school graduates.

Those efforts came on the heels of the “Miami-Dade County’s Black Communities: History, Present and Future,” a Miami Book Fair virtual panel that featured a discussion on ways community leaders can contribute to creating a more equitable future for Black Miamians.

Guests included Levine Cava; Dr. Yanela McLeod, Florida A&M University adjunct professor and author of “The Miami Times and the Fight for Equality: Race, Sport, and the Black Press”; Kalyn Lee, the 2021 Rookie Teacher of the Year for Miami-Dade County Public Schools; and Teri Williams, president and COO of OneUnited Bank, the largest Black-owned bank in the country.

“South Florida’s history of segregation and its attendant ills is not to be glossed over,” said Miami Dade College Provost Malou Harrison, who introduced the panelists. “Even as hard-fought battles have gotten us closer to equality, there are gross inequities that are both implicit and overt.”

During the discussion, each guest was asked to identify practical steps they would take individually or with their respective institutions to initiative progress in the Black communities they serve.

Levine Cava mentioned that her Office of Equity and Inclusion has vowed to focus on policy, practices and procurement happening at the county government level, prejudices in the workplace and implementing strategies to uplift Black-owned businesses.

“History is so critical to where we are today; we have a country that was founded on slavery and racism endures,” she said. “I have spent a career and lifetime trying to address those wrongs. As mayor, I have an affinity to create new programs and new commitments to focus on the inequality, the divide and the prejudice that persists.”

Over the next few months, the mayor’s office will roll out neighborhood safety efforts to reduce gun violence, increase career training and job searching opportunities, work to rebuild trust between law enforcement and overpoliced communities, and be intentional with housing investments and programs.

“We have to measure not how many people come through a program, but how their lives really changed. Success should be marked by how people move up the economic ladder,” Levine Cava added.

Williams told the audience her decision to work for OneUnited Bank was rooted in her desire to help build wealth in Black communities.

“One of the reasons why I became a banker and do what I do is that banks have actually been more of the problem in terms of our community building wealth,” she stated. “There is an opportunity for banks to help the Black community but it does require a different approach than what has historically been the case.”

Williams pointed out that the racial wealth gap is not something Black people brought on themselves – it is a direct result of slavery, Jim Crow Laws, predatory loans and redlining. She said the best thing Black communities can do is start small and educate themselves on the tools available to build wealth, and suggested opening a savings account or writing a will.

With OneUnited, Black residents can benefit from first-time homebuyer programs offering down-payment assistance of up to $70,000. Williams encouraged viewers to tap into other programs, too, like a second chance checking account for those with ChexSystems, or applying for a secure credit card to rebuild credit scores. The bank’s recent partnership with a Black-owned Small Business Administration lender will offer Paycheck Protection Loans for small businesses.

Regarding the education sector, both McLeod and Lee expressed discontent with resources, or the lack thereof, in Black communities.

Lee brought up how Black students in the age of COVID-19 are still on a waiting list to receive laptops and tablets for remote instruction. Another issue she brought to the table was that education around the history of racism in the U.S. is not as readily available as other events in American history. Lee was presented with a challenge last year when she had to teach students through the pandemic and racial tensions brought on by Black men and women slain by police.

Her proposed solution is to have more educational material available to teachers and students about racial inequity to properly confront racism. Along with McLeod, Lee suggested that community members use their voting power to elect policymakers that support their most pressing issues, including school board members. The two believe a revision of history and holding representatives accountable would be the first step in improving equity in Black neighborhoods.

The Rising Black Scholars program, set to kick off in June, intends to attack inequities in higher education by offering eligible students free tuition for up to 30 credits per year, a book stipend, laptops and career-focused credentials.

“We’ve been very honest in calling ourselves out in regards to equity gaps,” said Harrison. And it’s that calling out that resulted in our launch.”