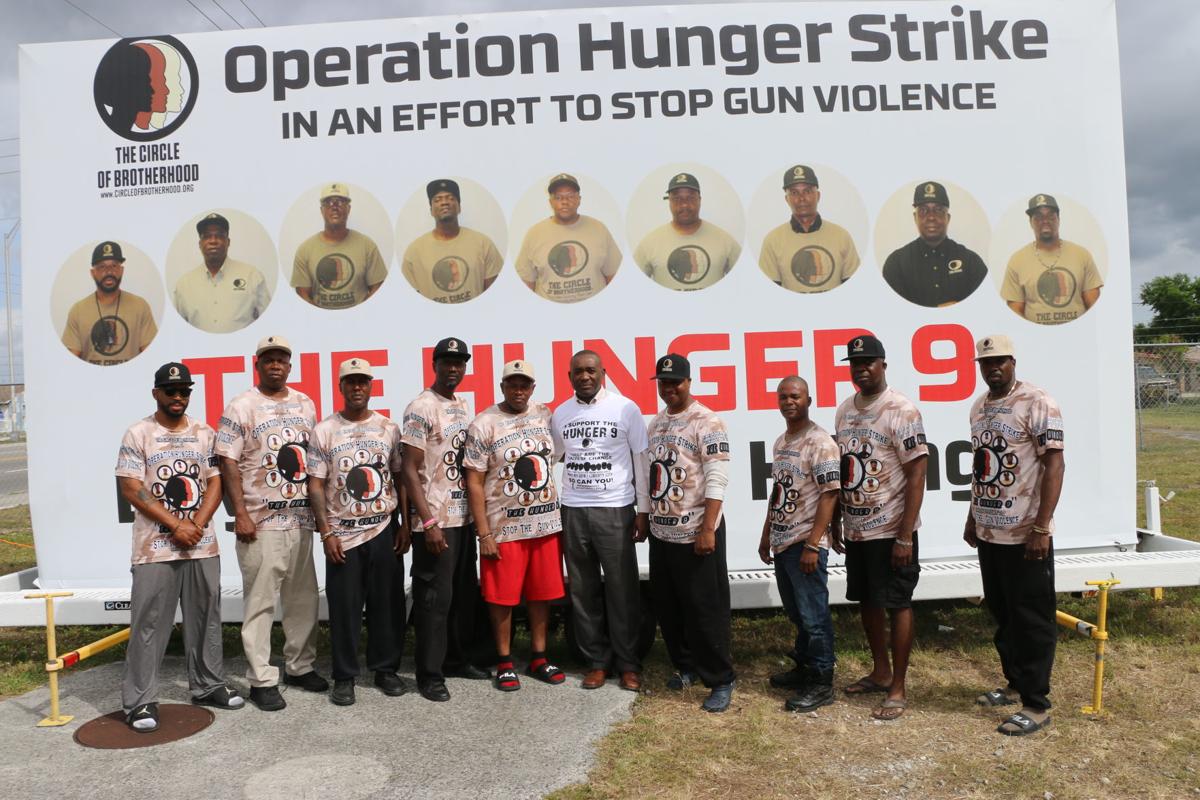 Miami-Dade County Commissioner Jean Monestime stands in solidarity with the Circe Of Brotherhood members that are on a hunger strike aimed at stopping gun violence. 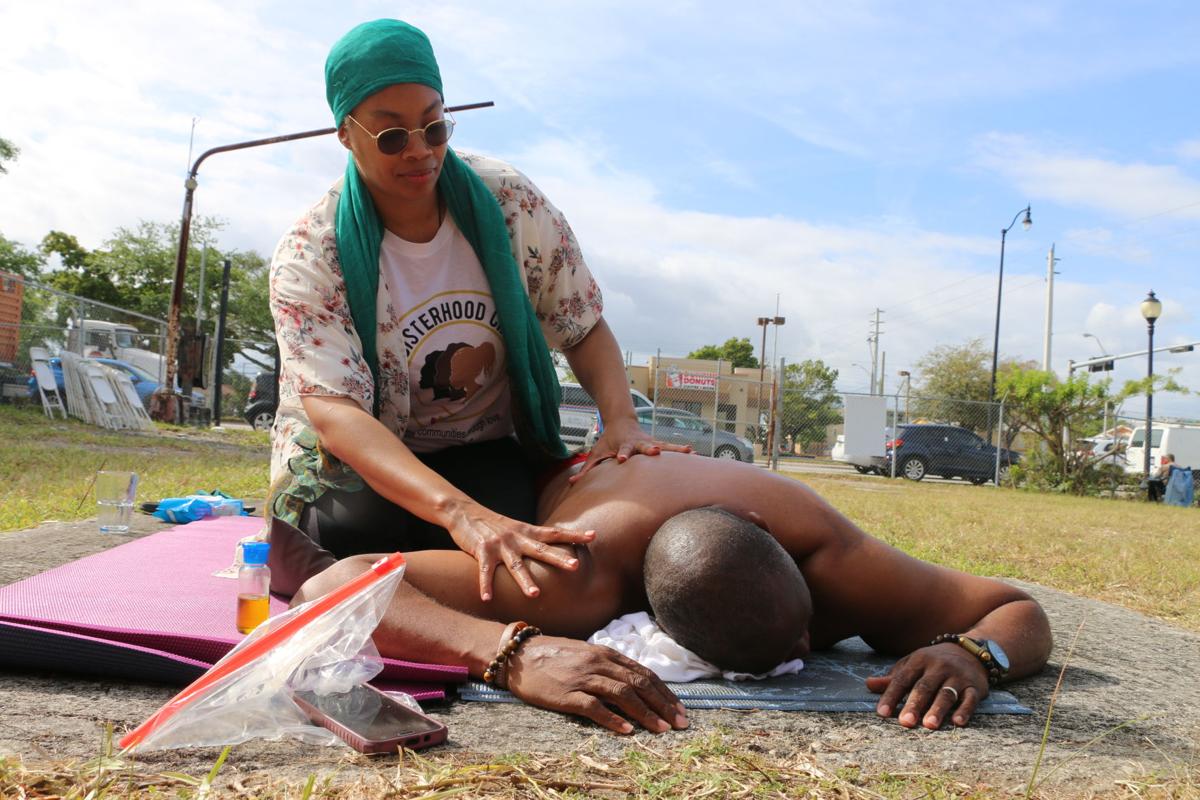 Shardescia Passmore alleviates the back pain of protester, Leroy Jones, who's been on a hunger strike since Saturday, March 9.

When marches, thoughts, prayers and press conferences fail to make an impact in the community after the killing of a loved one, a band of valiant men decided to sacrifice their flesh to stand against rampant gun violence that plagues some areas of Miami-Dade County.

Nine Circle of Brotherhood members, also known as the Hunger 9, are participating in Operation Hunger Strike, an unprecedented initiative aimed at stopping gun violence throughout the county.

The hunger strike began on Saturday, March 9 and has no determined end in sight.The Hunger 9 are living in a makeshift campsite at the corner of Northwest 62nd Street and Northwest 12th Avenue in Liberty City.

The Circle of Brotherhood, an organization of primarily Black men from all walks of life, has constantly advocated for improved economic development, crime prevention, educational services and youth mentorship since its inception.

Earlier this year, after leaving a meeting with a mother who lost a child to gun violence, the members of the Brotherhood noticed the lack of support from men in the community. “There were 50 women at this meeting,” said Ed Haynes, one of the nine protestors. “We were the only men there. We realized that something had to be done.”

After careful consideration, the Brotherhood concluded that traditional awareness campaigns failed to make an impact on the community.

“No hunger strike has been done by people of color outside of prison,” said Haynes.

After months of planning and medical clearance, the men decided to deny their bodies sustenance as a sign of commitment to their plea to stop the shooting and killings in the community and their resolve to come up with solutions with elected officials, other activists and community members.

The Hunger 9 is an eclectic group of fathers, husbands, business owners, clergymen and former perpetrators who are putting their personal responsibilities and quotidian affairs on pause to advocate for lasting change in the county.

Some of them are putting their health at risk for the cause.

“Enough is enough,” said McArthur Richard, 57, one of the men who suffers from diabetes. “I am willing to put my life on the line.”

Pedro Greer, a gastroenterology expert, and chair of the Department of Humanities, Health and Society at Florida International University’s Herbert Wertheim College of Medicine said the men, who are exposed to the elements by living in the campsite for the time being, are liable to put their kidneys at risk.

“The most important danger with a hunger strike is dehydration,” he said. “It is a drastic move done for a very good reason.”

The men are being monitored twice a day by medical professionals from the Professional Firefighters Association and are only consuming water unless they have a medical condition.

The Hunger 9 is receiving support from different community members, including police officers, activists and elected officials.

“This is true leadership,” said County Commissioner Jean Monestime, whose districts encompasses swaths of Liberty City and other neighborhoods that are affected by unwarranted  gun violence.  “We need to understand that all of us are responsible for what’s happening to us. When we stand together goodness comes to our community.”

“It takes a lot of courage for these individuals to make this kind of sacrifice,” said County Commissioner Dennis Moss, who represents neighborhoods such as Goulds, Naranja and South Ridge, areas that are ravaged by gun violence.  “I wanted to let them know that we are in support of them 100 percent as they try to help us curb the gun violence in the community,” Moss said.

The Hunger 9 are prepared to stand for their cause as long as necessary. “There is no time limit on the hunger strike,” said Haynes.