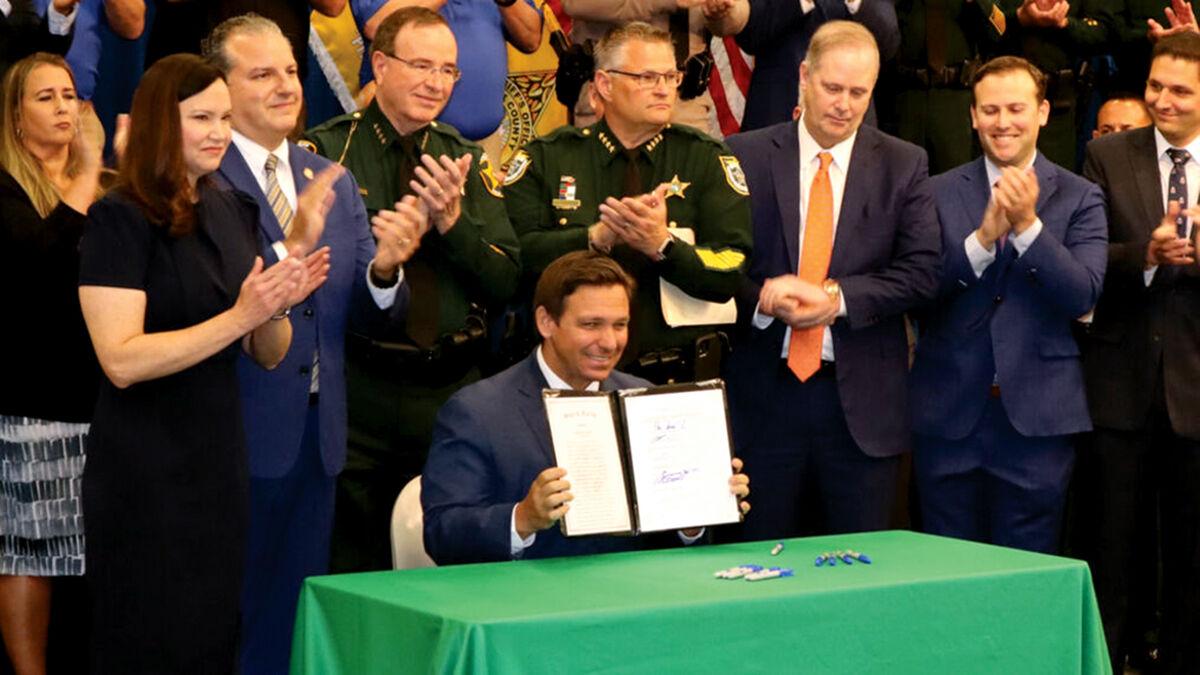 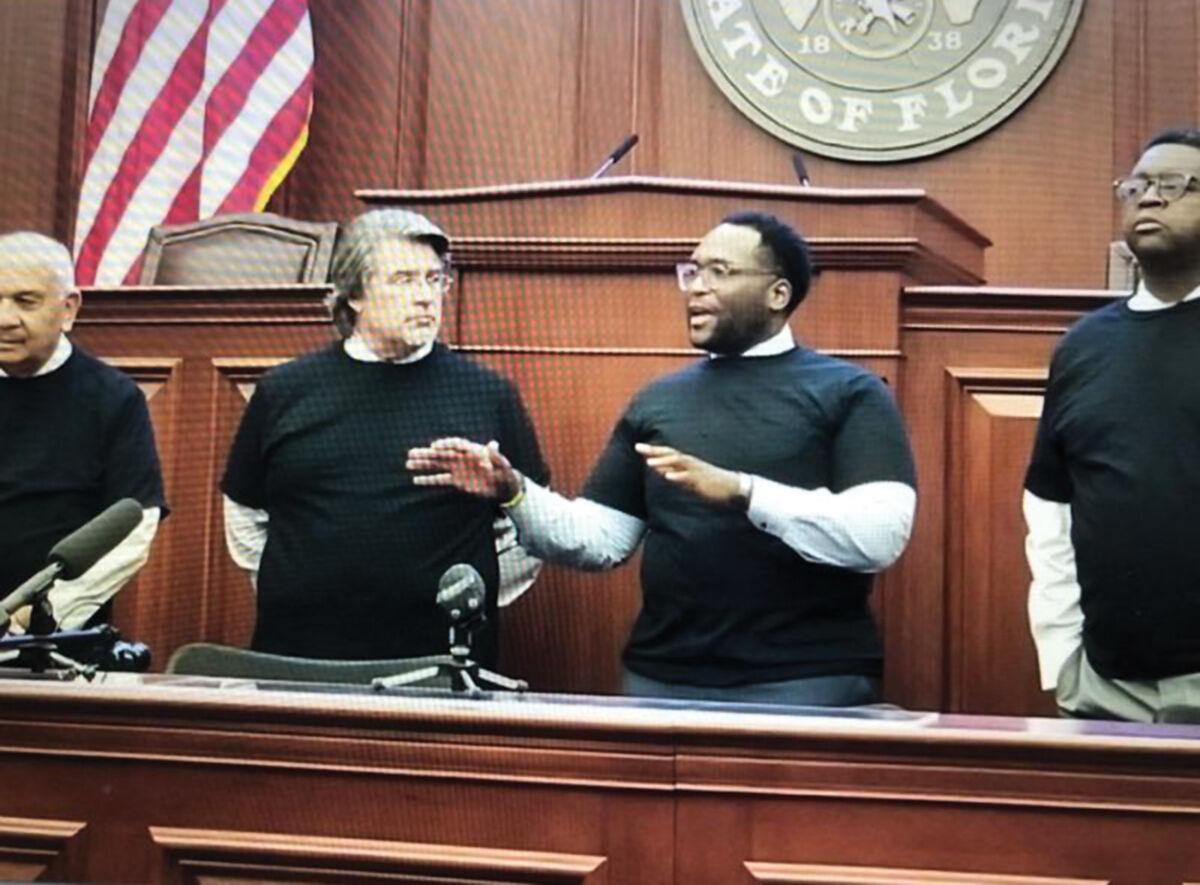 In this image from video, Florida Black Caucus members argued last Thursday against the passage of new laws they say infringe on protesters’ rights to free speech and to assemble.

Depending on your point of view, either demonstration-suppression or anti-riot legislation was signed into law on Monday by Florida Gov. Ron DeSantis. He chose the blood-red district of Polk County as the place to do it.

Officially titled “Combating Public Disorder,” the bill passed in the Florida Senate last Thursday. It immediately raises the stakes for protesters who get roped into mass arrests when demonstrations turn violent.

Many actions formerly considered penalties are now misdemeanors or felonies, charges that weaponize the law against demonstrators the police determine to be rioters. So not only will jail terms become longer, but more people could lose their right to vote if convicted.

“We wanted to make sure that we were able to protect the people of our great state, people’s businesses and property against any type of mob activity or violent assemblies,” DeSantis said in Winter Haven before signing the bill into law.

In a Fox News interview over the weekend, DeSantis mocked businesses who are taking a stance against Republican proposals.

The new law will allow people to sue local governments for property damages, injuries or deaths that arise from a riot or unlawful assembly.

That means that municipalities could be held liable for damages that go beyond the $200,000 per person or $300,000 per incident recovery caps, according to Rep. Juan Alfonso Fernandez-Barquin, a Miami Republican who sponsored the House bill.

“Not having a cap is so that local municipalities recognize that there is a severe civil penalty if they do not provide adequate law enforcement to protect their residents,” Fernandez-Barquin said.

Anybody who tears down any type of historic memorial would face a second-degree felony punishable by up to 15 years in prison. And anyone who is convicted of battery on a police officer would face a six-month mandatory-minimum sentence.

The law allows state attorneys in each judicial circuit or a member of a city commission to appeal local police budget reductions. The appeal would be subject to review by the governor’s office, which would ultimately have final say.

“This bill actually prevents against local government from defunding law enforcement,” DeSantis said. “We will be able to stop it at the state level.”

Patricia Brigham, president of the League of Women Voters of Florida, has called the provision “incredibly authoritarian.”

DeSantis announced a framework for the legislation in September, as he drummed up political support for former President Donald Trump. Critics of DeSantis say the Republican governor will use it as an arrow in his conservative quiver as he seeks reelection next year.

“This is not a solution. This is a mail piece for a reelection, for a specific base that wants this,” Sen. Annette Taddeo, D-Miami, said.

The Florida Senate devoted nearly three hours last Thursday to an emotionally charged debate, with a single Republican – Jeff Brandes of St. Petersburg – ultimately crossing party lines and joining Democrats in voting against the bill. Ten Republicans were needed to defeat the measure.

“In 2021, we still live in two different Americas,” Sen. Bobby Powell, a West Palm Beach Democrat who is Black, said.

Before voting to pass the measure, Republican senators expressed empathy for their Black colleagues’ experiences.

But Jones, who is Black, said that while he respects his colleagues’ empathy, they should have gone further and voted against the bill.

Their policies just don’t align with what they’re saying, Jones said Friday to the News Service of Florida.

“We come here and we put on this show for TV or for The Florida Channel or for your base to say you speak against racism, but still your policies don’t align with your lips. It’s hypocritical,” said Jones, referring to his Republican colleagues.

Democrats question whether the law could unconstitutionally infringe on protesters’ rights to free speech and to assemble. They have already floated the possibility of challenging the law in court. Senate Democratic Leader Gary Farmer, of Lighthouse Point, last week said he believes the measure will be struck down if not by the Florida Supreme Court, then by the U.S. Supreme Court.