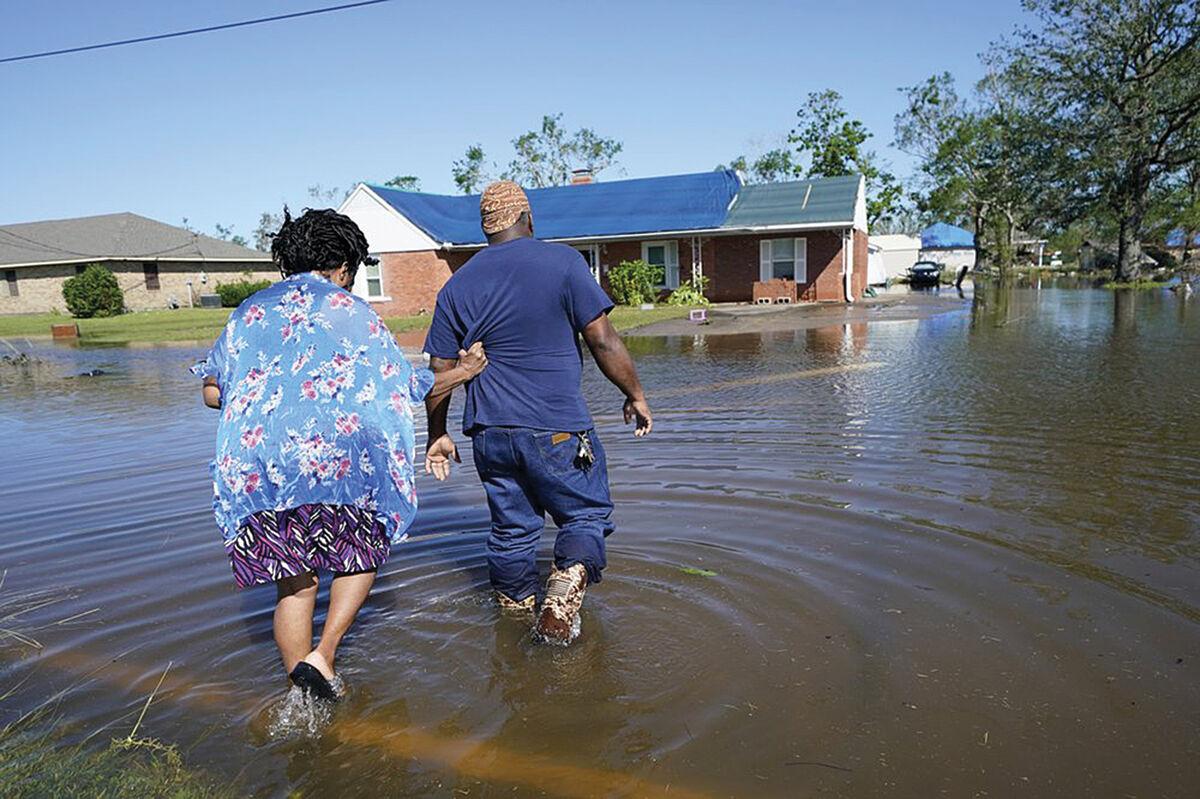 The day after Hurricane Delta blew through besieged southern Louisiana, residents started the routine again: dodging overturned cars, trudging through knee-deep water to flooded homes with ruined floors and no power, and pledging to rebuild after the storm.

Delta made landfall Friday evening near the coastal Louisiana town of Creole with top winds of 100 mph (155 kph). It then moved over Lake Charles, a city where Hurricane Laura damaged nearly every home and building in late August.

While Delta was a weaker storm than Category 4 Laura, it brought significantly more flooding, Lake Charles Mayor Nic Hunter said. He estimated that hundreds of already battered homes across the city took on water. The recovery from the double impact will be long, the mayor said.

“Add Laura and Delta together and it’s just absolutely unprecedented and catastrophic,” Hunter said. “We are very concerned that with everything going in the country right now that this incident may not be on the radar nationally like it should be.”

Louisiana Gov. John Bel Edwards said no fatalities had been reported as of Saturday, but a hurricane’s wake can be treacherous. Only seven of the 32 deaths in Louisiana and Texas attributed to Laura came the day that hurricane struck. A leading cause of the others was carbon monoxide poisoning from generators used in buildings without electricity.

“Everybody needs to exercise a lot of caution even now, and really, especially now,” Edwards said.

Delta inflicted most of its damage with rain instead wind. It dumped more than 15 inches of rain on Lake Charles over two days and more than 10 inches on Baton Rouge. Southwest parishes such as Cameron, Jefferson Davis, Vermilion and Acadia that sustained heavy blows from Laura took the hardest hit.

At least 3,000 Louisiana National Guard soldiers were mobilized to clear roads and to distribute meals and tarps, and 10,000 utility workers were working to get power restored to nearly 600,000 customers.