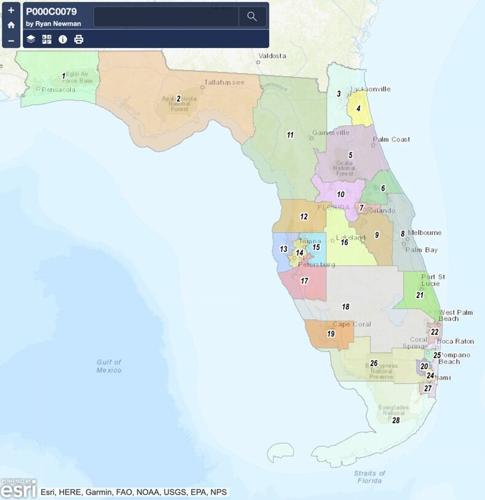 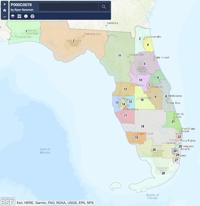 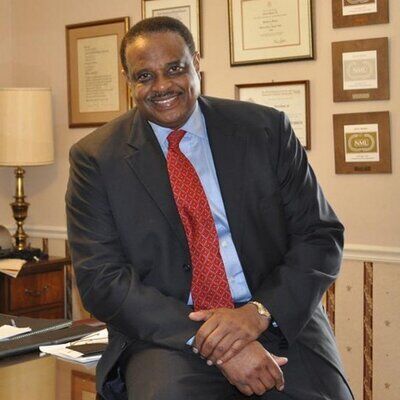 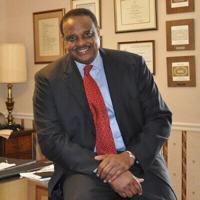 Rep. Al Lawson would lose his Northern Florida seat if Gov. Ron DeSantis has his way. 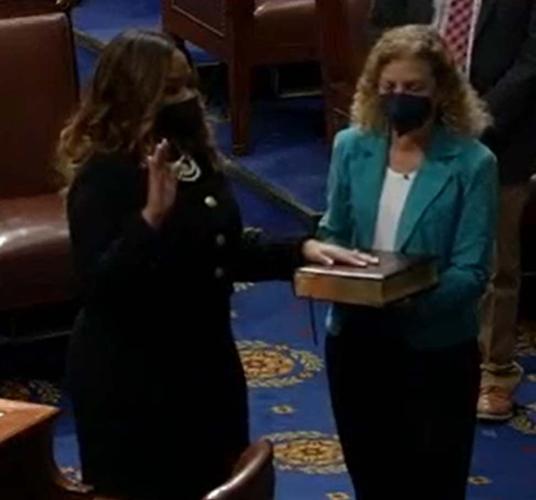 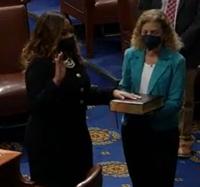 Sheila Cherfilus-McCormick won a special election last week and was sworn in as the District 20 representative early Tuesday evening.

Ryan Newman, the governor’s general counsel, submitted the proposal for a congressional map in Florida Sunday night. The draft (P 0079) comes days after the Florida Senate Reapportionment Committee advanced to the floor its own plan (S 8040) for how to divide Florida into 28 congressional districts.

While legislative maps for the House and Senate will be approved without the governor’s involvement, DeSantis will have the opportunity to sign or veto a congressional map. Of note, DeSantis served in the U.S. House before ascending to the governor’s office.

An analysis by Dave’s Redistricting shows the map produces 18 districts with a Republican lean and 10 with a Democratic one. By contrast, the Senate map has 16 districts where Republican Donald Trump won the most votes for President in 2020, and 12 where Democrat Joe Biden won.

The plan submitted by Newman differs in other significant ways from the Senate plan, or either of the two plans published thus far by the House Redistricting Committee (H 8001, H 8003).

Most noticeably, there seems to be no district resembling Florida’s 5th Congressional District, the region represented by Rep. Al Lawson, a Black Tallahassee Democrat. Under its current configuration, the district spans much of the state’s northern border from Tallahassee to the Jacksonville area.

Lawson told the Tallahassee Democrat on Tuesday that the governor’s plan would wipe out Black access in the region.

“I don’t know why the governor wants to pick a fight with me,” he said, noting that the plan came out on the Martin Luther King holiday weekend. “In all my years in government I’ve never seen the governor’s office submit a map before.”

The current plan was implemented by the Florida Supreme Court in a 2015 decision. While population differences since the decision mean any new map will likely differ substantially, a district similar to Lawson’s appears on every draft congressional map produced thus far by House or Senate staff. That’s not a huge surprise, as the district is considered to be a Tier 1-protected minority access district, and the Voting Rights Act forbids any diminishment of minority voters’ ability to elect a candidate of their choosing.

In addition to effectively eliminating Lawson’s district, the governor’s office map has no district in North Florida where Black residents make up more than 40% of the voting age population. The closest is the proposed Florida’s 3rd Congressional District in the Jacksonville area, where Blacks make up 30.75% of the electorate. That’s compared to 45.24% in the existing CD 5 and 42.8% in the Senate proposal.

Out of four majority-Black Congressional districts in the state, the DeSantis plan wipes out half of them, leaving two in South Florida.

Some GOP leaders cheered DeSantis jumping into the process. Many national Republicans hoped the Legislature would produce a more aggressive map improving Republican numbers regardless of the Fair Districts provisions in the state constitution.

But the dramatically different approach with minority districts left some critics questioning if the map should even be taken seriously.

“DeSantis wants to appear he’s still the MAGA boy, so he’s proposed a map that is purposely ridiculous – namely destroying minority seats,” tweeted Matt Isbell, a Democratic consultant who has closely followed the redistricting process. “So this is just a stunt. Feel free to obsess over it. But I recommend ignoring.”

Right now, Florida’s 13th Congressional District – represented by U.S. Rep. Charlie Crist, a St. Petersburg Democrat – is contained entirely within Pinellas County. But the proposal from the governor’s office turns the district into one that spans Tampa Bay. Crist also is not seeking reelection, and instead is challenging DeSantis for governor.

The Senate draft map, which for the most part has drawn praise from third-party watchdogs like the Princeton Gerrymandering Project, has garnered complaints about the same region. Critics have bemoaned that Florida’s 14th Congressional District – represented now by Rep. Kathy Castor, a Tampa Democrat – shifts to the west under that plan and covers parts of Hillsborough and Pinellas counties. The Newman map, though, shifts the other way, with a north and south Pinellas district reaching across the county line and taking on Hillsborough turf.

Florida is being awarded a 28th congressional district, as the result of its population growth. While the Senate map clearly places that new district in Central Florida, the governor’s map places it in Republican-rich Southwest Florida. It does this by remaking Florida’s 19th Congressional District, which now hugs the coast and spans parts of Lee and Collier counties, and instead puts all of Lee County into a single district and includes just a portion of Collier to fill out the population.

Meanwhile, the draft map makes Florida’s 26th Congressional District one that includes the Collier population centers around Naples and Marco Island, and then spans far east to sweep up parts of Broward and Miami-Dade counties, reaching as far southeast as Hialeah.

This notably puts Reps. Byron Donalds, a Naples Republican, and Mario-Diaz-Balart, a Hialeah Republican, in the same district.

There is no requirement for members of Congress to live in the districts they represent.

FL majority-Black Congressional districts would go from four to two