You are the owner of this article.
Edit Article Add New Article
About Us
News
Opinion
Lifestyles
Faith & Family
Sports
Obituaries
Digital Edition
Share This
1 of 6 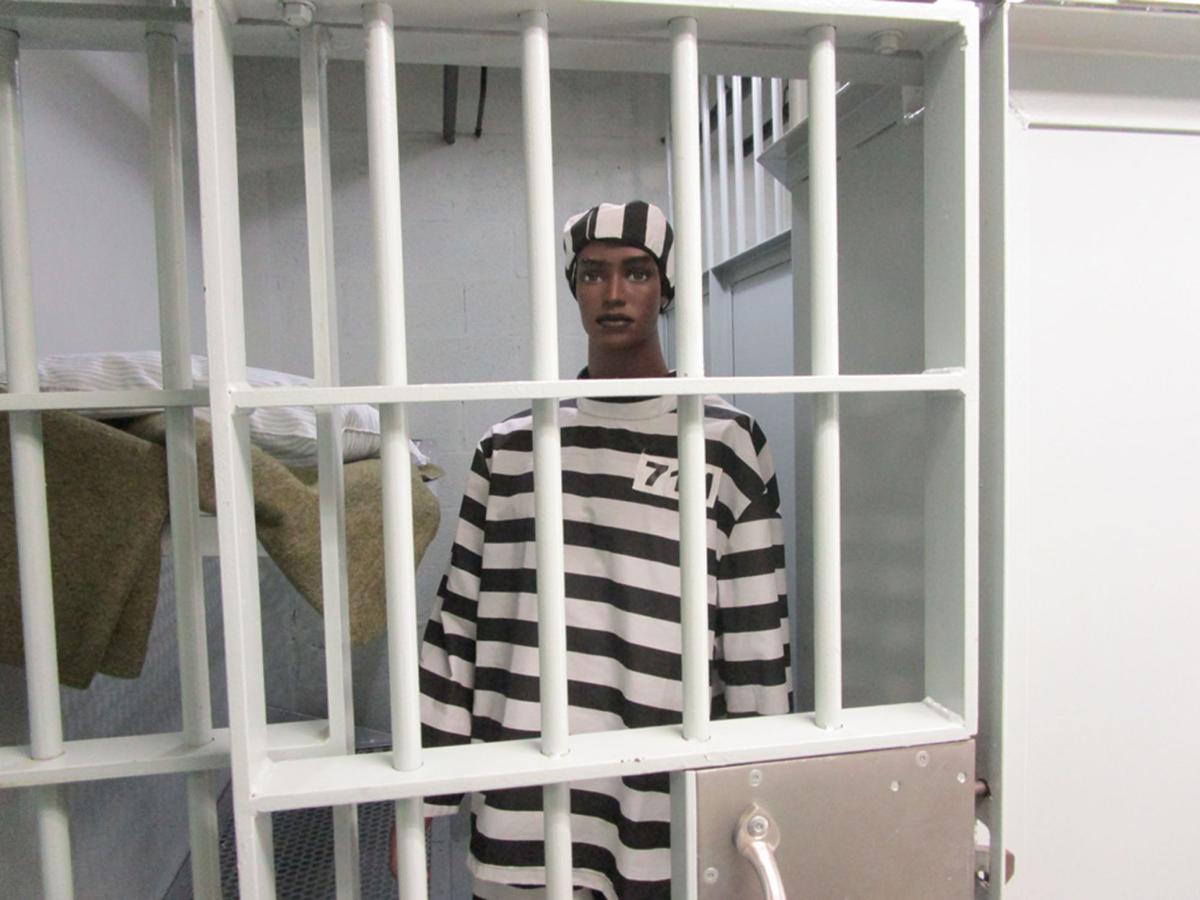 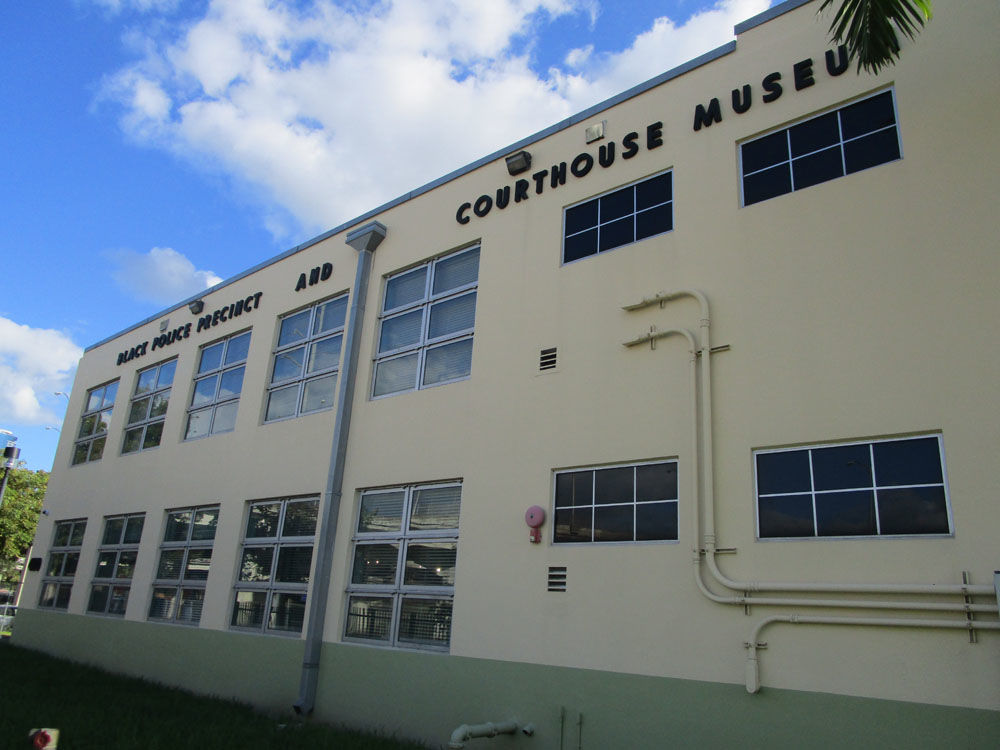 In the small Miami community of Overtown, a historical gem on the intersection of Northwest Fifth Avenue and 15th Street, once functioned as the first Negro-only police precinct and courthouse in the nation. Today, it is is a museum that recently qualified for national historic recognition. Miami Times photo/Eman Elshahawy 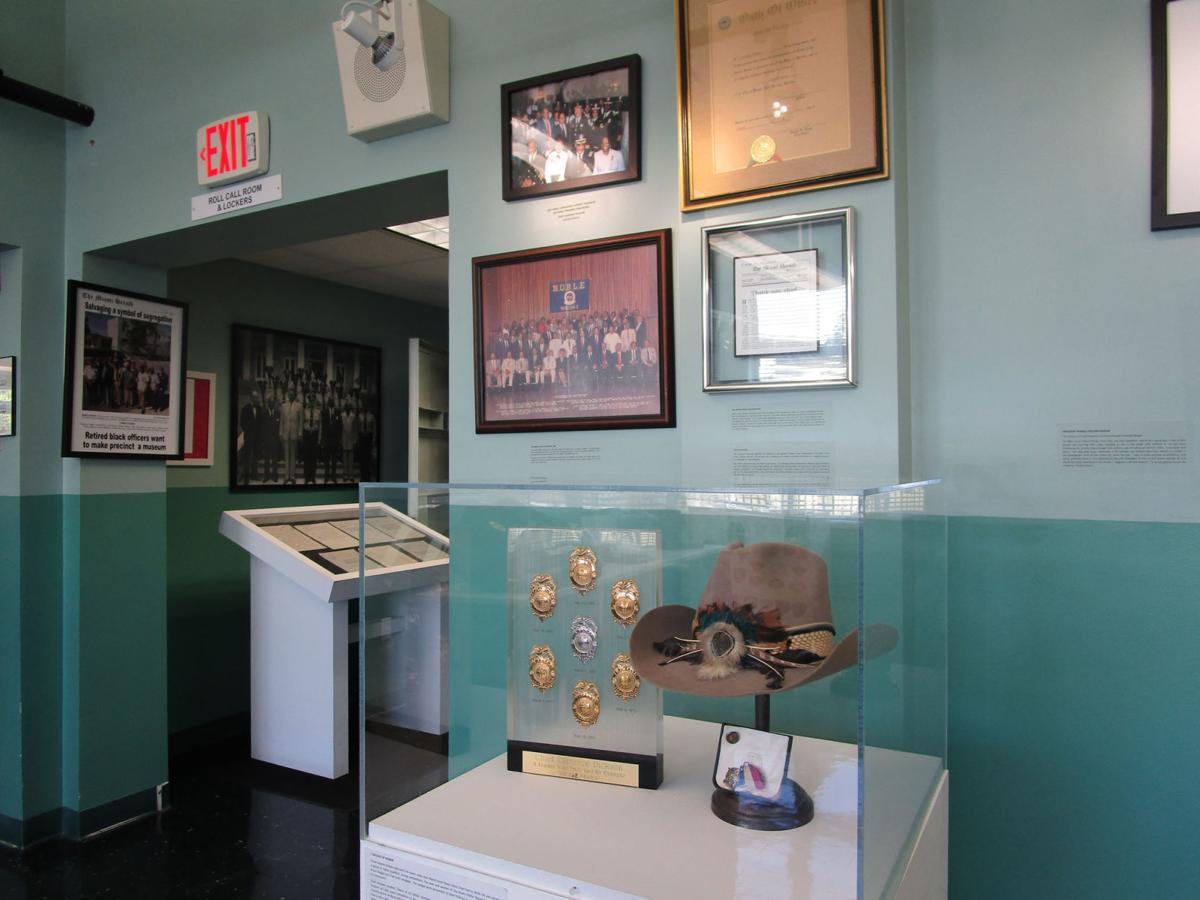 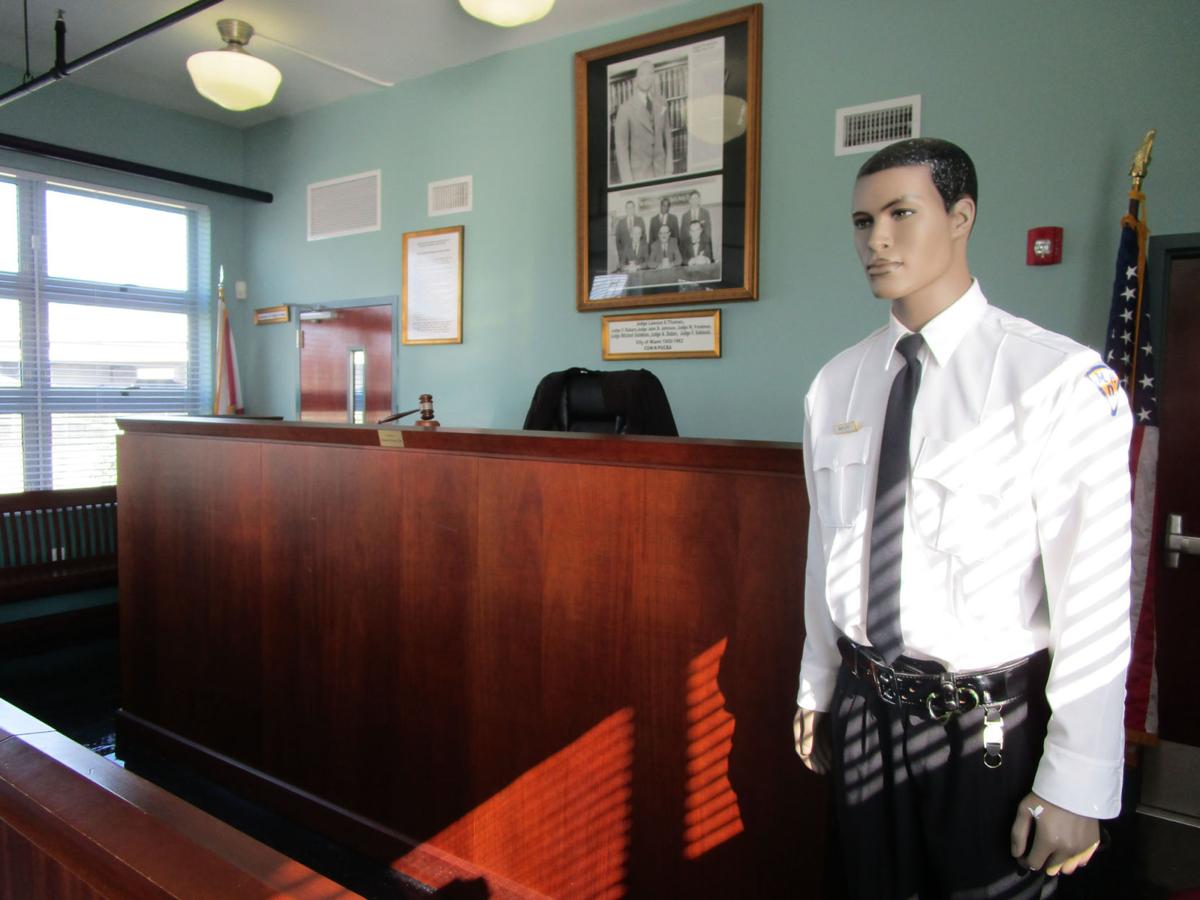 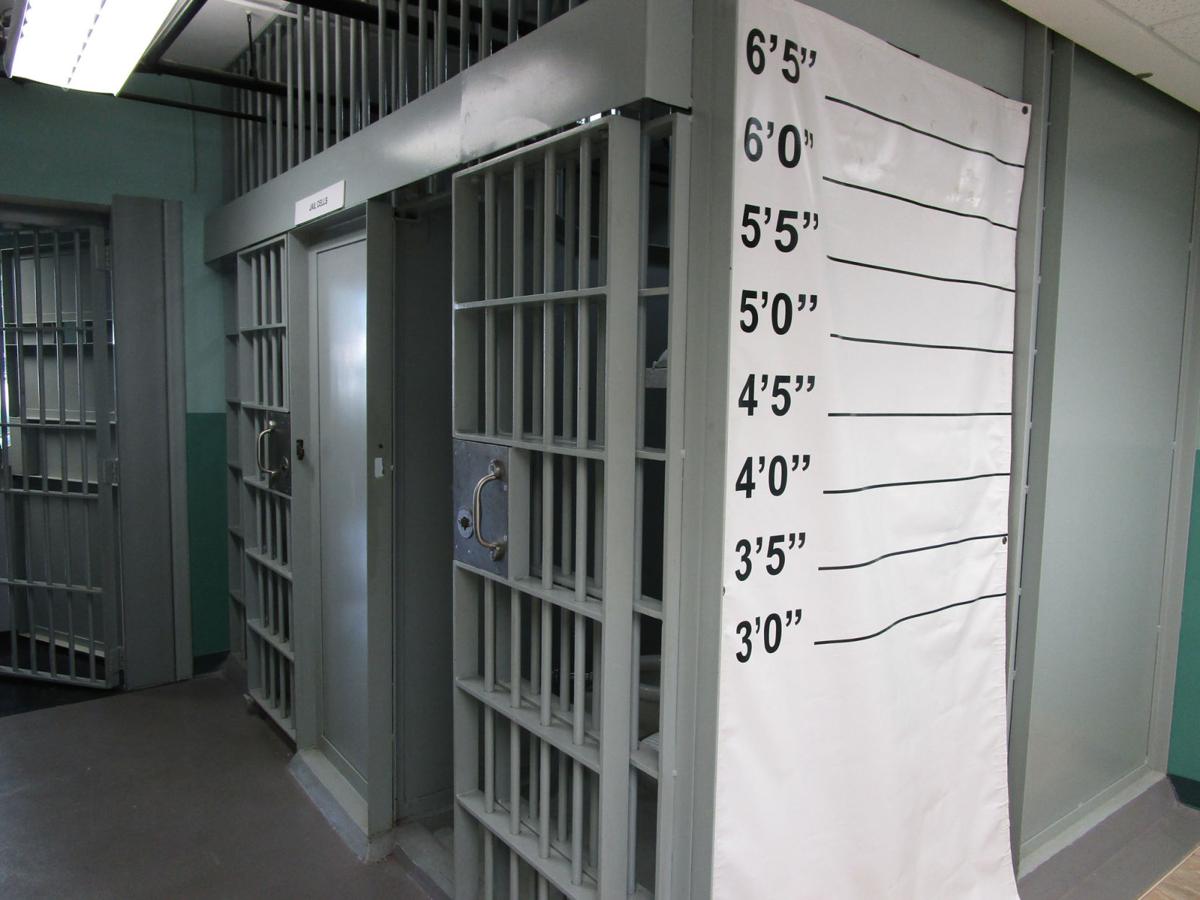 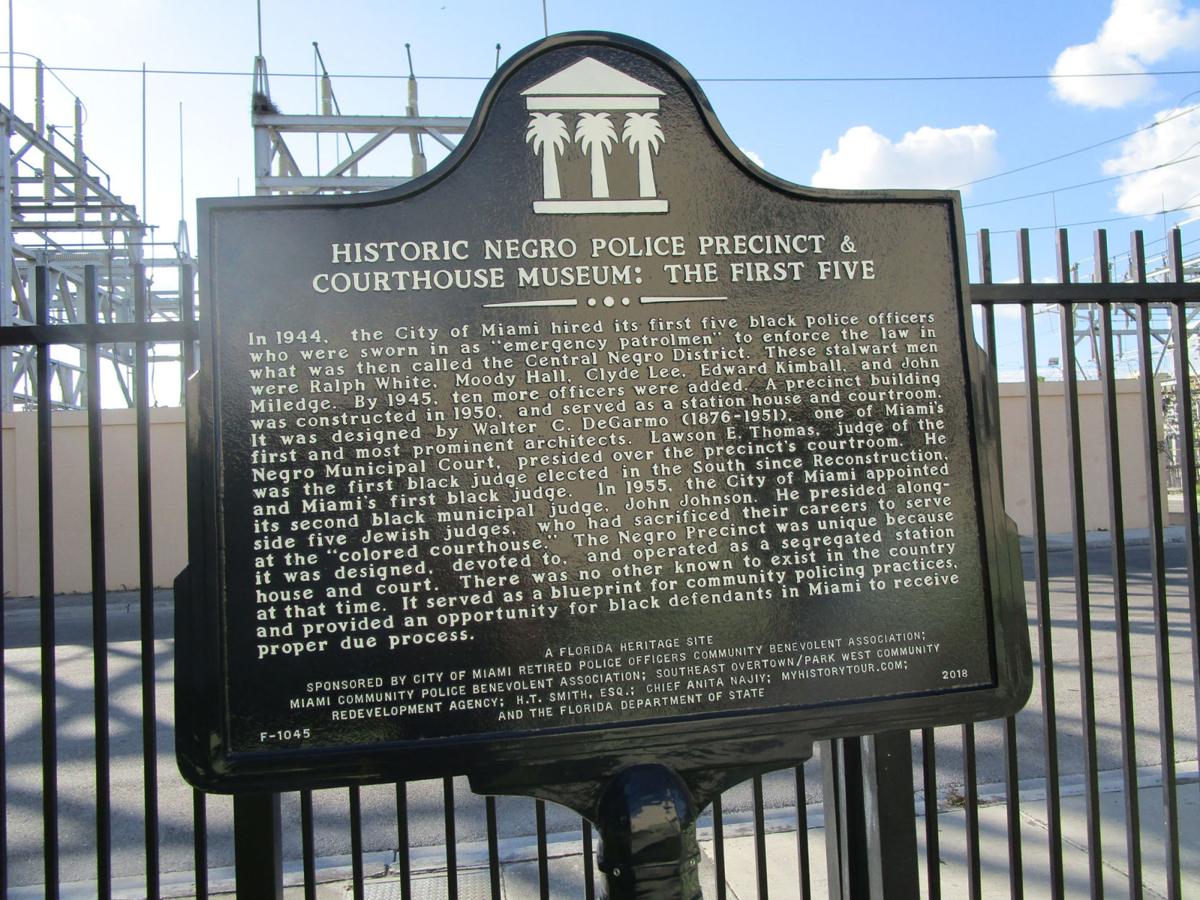 The good cop delivers the optimistic news: The first Negro-only police precinct and courthouse in the nation, which is now a museum, recently qualified for national historic recognition.

"That means that we will be officially on this major registry and recognized nationally through parks as a historic landmark.” Terrance Cribbs-Lorrant, the executive director of the Historic Black Police Precinct Courthouse, said.

The bad cop delivers the not-so-good news: The historical gem on the intersection of Northwest Fifth Avenue and 15th Street's funding has all but dried up.

The museum, which is owned by the city of Miami, stopped receiving funding from Southeast Overtown/Park West Community Redevelopment Agency after a two-year, $150,000 grant from the Institute of Museum and Library Services in partnership with Florida International University expired Aug. 30.

SEOPW CRA executive director Cornelius Shiver said this funding was to serve as temporary for the museum, under intentions to get the museum on its feet by providing it the “opportunity to become operationally self-sustaining."

"The FIU grant along with some CRA funding under the pilot program commenced about two years ago and end sometime this year," Shiver said. "In receiving the grant, the CRA acted as a financial conduit for the grant from FIU to pay for the [museum's] administrative costs.

Cribbs-Lorrant took the role as the museum’s executive director in 2017 after the grant was implemented. He said two years was not long enough for the museum's business to thrive given its administrative condition at the time he took position.

"We needed the support of the CRA because the grant puts us in a totally different tax bracket than what people working here were used to," Cribbs-Lorrant said.

The Miami Commission listed the museum on its agenda for Thursday’s regular meeting. Cribbs-Lorrant requested the item in order to highlight the museum’s accomplishments and discuss current funding challenges.

Cribbs-Lorrant believes the museum is being made to suffer because of a spat between he and Shiver.

Cribbs-Lorrant alleges that during the meeting, Shiver told the only female present in the meeting to "shut up.” Cribbs-Lorrant said he interjected asking Shiver to refrain from such language. He claims Shiver then called him the "N" word multiple times.

In a one minute and 20 second video captured by Cribbs-Lorrant and sent to The Miami Times, Shiver can be seen facing the camera's direction and telling Cribbs-Lorrant, "Get your ass out of here." The video then shows witnesses at the meeting attempting to escort Cribbs-Lorrant out of the building all while Cribbs-Lorrant can be heard in the background complaining about the derogatory term Shiver called him during the meeting.

"If he [Shiver] has the balls to call me a n----r in the meeting, then tell him we can continue to discuss this outside of this building,” Cribbs-Lorrant said.

The CRA launched an investigation.

A report came months after, recommending mediation among Cribbs-Lorrant, Shiver and the board members of the museum.

In spite of all the behind-scenes drama, the museum's board members and volunteer staff worked to pass all the assessments necessary in order to gain recommendations to become a national historic landmark. The museum received a formal nomination into the National Historic Registry via a letter issued to the city on Nov. 8 from Florida's Division of Historical Resources.

If approved, Cribbs-Lorrant looks forward to the National Historic Registry providing tax breaks and other funding opportunities to the museum since their grant from the city has expired.

In addition to the tax breaks and funding opportunities the historic recognition would provide, Cribbs-Lorrant hopes it will also make the building safer from succumbing to gentrification in the Overtown community.

"We're seeing it [gentrification] already," he said. “So, it [national historic recognition] would secure a safer opportunity for the [museum] story to continue further."

On top of being considered for National Historic Registry, the museum received its historic state marker and held the official unveiling for it alongside the city mayor and other city leaders on Aug. 30, the same day the museum’s funding expired.

The museum continues to receive supplemental funding through its guest admission fees and rental space – extending special rates for the people of Overtown.

Shiver said the SEOPW CRA "fully embraces the historical significance of the Black Police precinct” and points out that it provides the building to board at no cost and pays 100% of its maintenance.

"The museum has its own board and operates the museum with the understanding that they are an independent entity, using the facilities at no costs and charging vendors whatever costs that the museum feels appropriate,” Shiver said.

Cribbs-Lorrant hopes the national historic recognition will attract people from all over the world to visit the museum's location. The museum director said he and the board will continue to seek local funding support for the museum.

The Greater Miami Convention and Visitors Bureau has been a promotional resource to the museum.

Samantha Brown's “Places to Love” to come down to the Overtown community and feature the museum on an episode for the show’s upcoming season.

The episode is set to air next year, and Talbert hopes this will help bring the community’s historic gem the more exposure that it deserves.