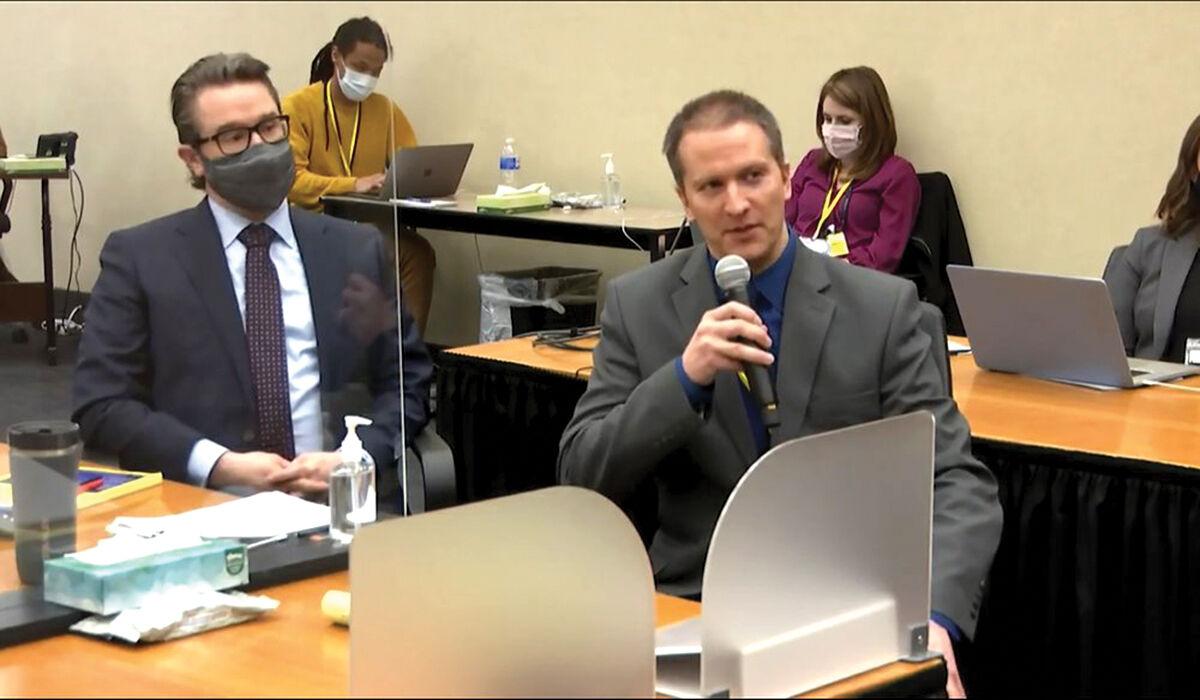 Former police officer Derek Chauvin (R), telling the judge he would not testify on his own behalf during his trial. 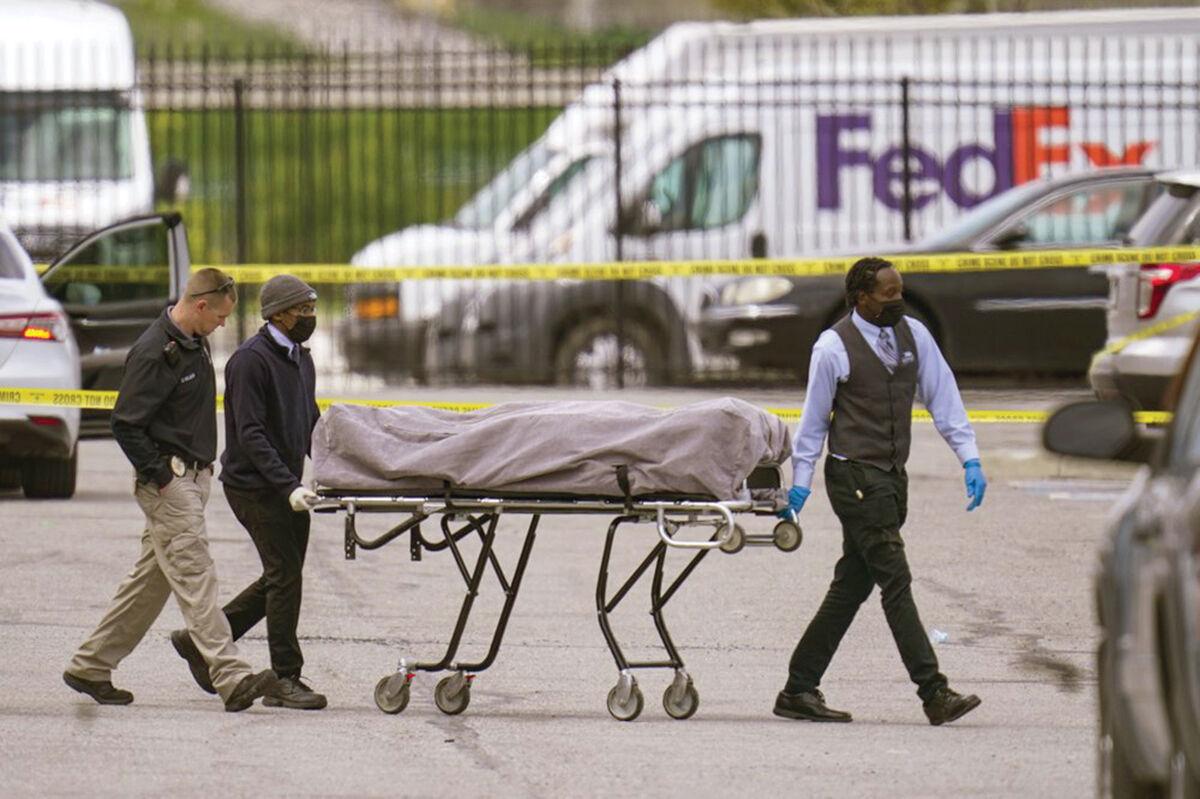 A body is taken from the scene where multiple people were shot at a FedEx Ground facility in Indianapolis, April 16, 2021.

As the nation struggles with yet another mass shooting and faces a reckoning over the deaths of Black men at the hands of police, President Joe Biden is calling for action. Going beyond that, however, is proving difficult.

Three months into his presidency, Biden’s robust agenda is running up against the realities of his narrow Democratic majority on Capitol Hill and the Senate’s limited ability to tackle multiple pieces of large-scale legislation at once. With the White House focusing first on a sweeping coronavirus relief package and now a sprawling infrastructure plan that is likely to dominate the congressional calendar for months, issues like gun control and police reform appear likely to take a back seat.

Biden on Friday insisted that wasn’t the case, saying that on the issue of gun control in particular, “I’ve never not prioritized this.” He spoke a day after a gunman killed eight people at a FedEx facility in Indianapolis, the latest in a rash of mass shootings across the United States in recent weeks.

At issue for Biden are many of the central promises he made to Democratic voters – particularly Black voters who helped propel him to the White House – both about his priorities and his ability to maneuver in Washington, D.C., where issues like gun control have languished for years. The mass shootings, as well as renewed focus on police killings of Americans of color following incidents in Chicago and a Minneapolis suburb, have increased demands for action.

DeAnna Hoskins, president and CEO of Just LeadershipUSA, a police reform advocacy group, suggested activists are willing to be patient but not for long. She welcomed Biden’s recent executive orders on gun control, which took modest steps toward tightening background checks, but said “those actions don’t go far enough.”

“They don’t have the tentacles down in to really hit where rubber hits the road,” Hoskins said.

The White House says it can multitask, pushing publicly on its infrastructure plan while working to build support among moderate Democrats and Republicans on gun control and policing reform behind the scenes.

“In this building, the legislative team, senior members of the White House staff, we are working on multiple fronts at the same time,” White House press secretary Jen Psaki said.

Officials say Biden’s less publicly prominent role in legislative discussions on guns and policing is by design, out of risk of further politicizing already complicated negotiations. They also assert that issuing executive orders on policing could undermine any momentum on the issue on Capitol Hill, and they’re buoyed by burgeoning discussions in Congress, such as talks between Republican Sen. Tim Scott and Democratic Sen. Cory Booker.

Still, Biden himself has described his legislative strategy as a “one at a time” approach. He said last month that successful presidents make progress because “they know how to time what they’re doing, order it, decide and prioritize what needs to be done.”

Implicit in that statement was that some priorities would have to wait their turn.

Biden has taken some executive actions on guns, targeting homemade “ghost guns” and the stabilizing braces for handguns that allow them to be fired from a shoulder, like a rifle. He has not proposed new legislation to revoke gun manufacturers’ liability protections or to toughen federal background checks, despite pledging to send such legislation to Congress on his first day in office. Instead he’s supporting legislation proposed by House Democrats.

On police reform, on Friday Attorney General Merrick Garland did rescind Trump-era limits on consent decrees, the court-ordered agreements used to enforce reforms within police departments. But Biden has yet to take any significant executive action, largely focusing instead on the George Floyd Justice in Policing Act on Capitol Hill.

That focus has been embraced by some major police reform groups, including the Leadership Conference on Civil and Human Rights, whose interim president and CEO, Wade Henderson, said legislation was the best approach to such an intractable problem.

“This matter is much too urgent for delay, and Congress is by far the more appropriate venue to consider changes in law regarding police accountability,” he said in a statement.

But that bill, approved by the House, is sitting in the Senate – and that’s where the vote counting gets tricky for the Biden White House.

Legislation on guns and policing cannot be considered in Congress via the budget reconciliation process, the route that Democrats took to pass virus relief with just their party’s 50 votes in the Senate. That’s the same way they appear on track to tackle infrastructure. That means Democrats would need 10 Republicans to join them to pass the firearms or police legislation under current Senate procedures.

“I strongly, strongly urge my Republicans friends in the Congress who refuse to bring up the House-passed bill to bring it up now,” Biden said Friday, referring to the gun control measure. “Who in God’s name needs a weapon that can hold 100 rounds, or 40 rounds or 20 rounds. It’s just wrong and I’m not going to give up until it’s done.”

Key lawmakers, including Sen. Chris Murphy, D-Conn., have been trying to engineer a way around the stalemate by engaging colleagues in bipartisan talks. The House bill to extend background checks is similar to one that came closest to passing in the aftermath of the Sandy Hook school shootings, but senators are now tangled in differences over provisions, including firearms transfers between family members. No breakthrough appears in sight.

“In the end, Congress has to do its job,” Rep. Steven Horsford, D-Nev., said, recalling the president’s message to lawmakers during a two-hour private session with members of the Congressional Black Caucus this week.

The logjam in the Senate on such high-priority issues has increased pressure on Biden to embrace a growing movement within the Democratic Party to eliminate the 60-vote threshold needed to pass most legislation. But here he also faces opposition within his own party – Democratic Sens. Joe Manchin of West Virginia and Kyrsten Sinema of Arizona both oppose eliminating the filibuster. Manchin, too, opposes the House-passed gun control bills, making their passage in the Senate all the more difficult.

The White House is in frequent contact with gun control advocacy groups. Most say they are pleased with the first round of executive actions Biden took and cautiously optimistic about his promise to work to pass legislation on Capitol Hill.

Josh Horwitz, executive director of the Coalition to Stop Gun Violence, said that while “I always want the Biden administration to do more,” he doesn’t see a “lack of effort” from Democrats in Congress or in the White House.

“I think the key question is how much pressure we’re going to be able to put on Senate Republicans. How many more daily gun violence episodes, how many more mass shootings, are we going to have to watch?” he said. “The ship of state takes some time to turn – but we don’t have time because people are dying every single day.”

Melina Abdullah, a co-director of Black Lives Matter-Grassroots, which coordinates on-the-ground, chapter-based work for BLM, said Biden’s focus on infrastructure is a distraction from policing crises playing out in communities of color.

“It’s been 160 days since Biden said to Black people, ‘You’ve always had my back, and I’ll have yours,’” Abdullah said in a statement sent to the AP.